With a shriek I hung on to my brand-new camera first and the railing next, much to the amusement of my friends who had seen my choice of priorities! It’s very unusual for the Aegean Sea to be  rough in summer, but on that very day she decided to show us how capricious she can be and how a particular wave could catch me unaware. 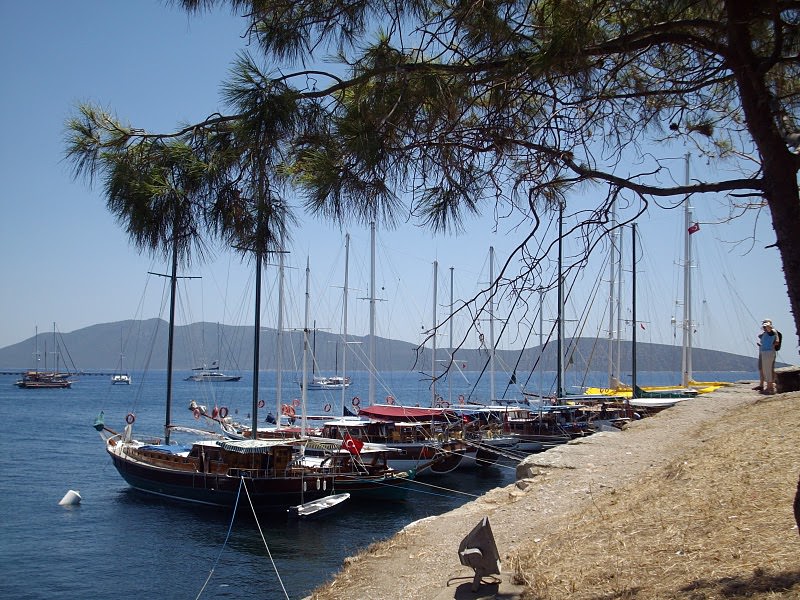 Somehow the dramatic weather conditions were befitting, as we  were on our way from Didim to the Turkish coastal town of Bodrum which is located at the ancient site of   Halicarnassus , and one of the Seven Wonders of the Ancient World, the tomb of the Persian satrap (governor) Mausolus.

Since ancient times, Bodrum, Turkey has been an important port for trade as well as warfare. And, while clinging to the railing and riding the waves, I needed little imagination to relive the sights that must have met the eyes of approaching ancient seafarers.

Although Mausolus’  mausoleum and the nearby temples were destroyed in a series of earthquakes around 1400, today’s visitors who  approach by sea are greeted by the imposing Castle of St. Peter. The castle, built around 1402 by the Knights of St. John, dominates the port and is visible from many miles out. 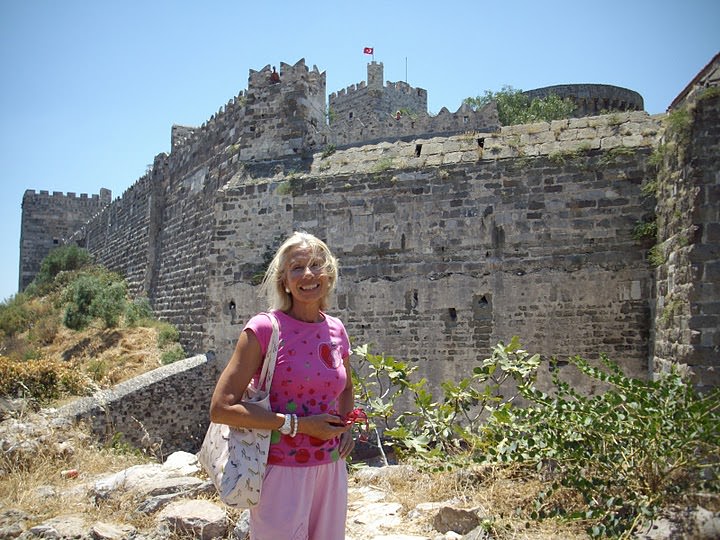 Always pragmatic, the knights made use of the marble and rubble from the collapsed mausoleum which explains the multi-colored walls and towers of the great castle.

The story behind the mausoleum is actually very touching because it’s the tale of the Taj Mahal in reverse. When Mausolus died, his heart- broken wife (and sister), Queen Artemisia, moved heaven and earth to assure the construction of an unparalleled memorial for her dead husband (353 to 350 BC). Some 1500 years later, Shah Jahan did the same for his favorite wife, Mumtaz Mahal, in Agra, India.

I am a ‘water baby’ and anything connected to the sea catches my interest. So, when I heard about the Museum of Underwater Archaeology located in the castle in Bodrum, I was on my way. Finding our land feet after the 1 ½ hour stormy crossing, we made our way to the castle and the entrance to the museum. Admission is TYL 20 and, I tell you, it’s worth every penny. Hours are from 9am to 7pm. The museum is closed on Monday.

Sign posts and arrows guide you through the museum which is beautifully integrated into the structure of the castle. Many of the museum displays are outdoors and we were delighted to be greeted by an urn in a niche which seemed to portray a smiling face. Climbing up the broad but somewhat slippery stone steps, we came to a courtyard.

One courtyard wall is entirely covered with murals which depict the way trade was conducted in ancient times. Placed in front of the courtyard are row upon row of unbroken amphoras, once used to transport oil and wine.

Adjacent to the courtyard and on several levels are the vast halls of the castle which have been converted into ‘rooms’ containing the exhibits, each with a different theme. The marvelous thing about the exhibits is that they are all treasures which have been recovered from the bottom of the sea. My personal favorites are as follows:

The glass room
Steeped in mysterious light, several showcases contain glass objects which are sparkling and undamaged after thousands of  years in the water. Imagine a four inch long needle, made entirely of blue and white glass, unbroken and ready to use. 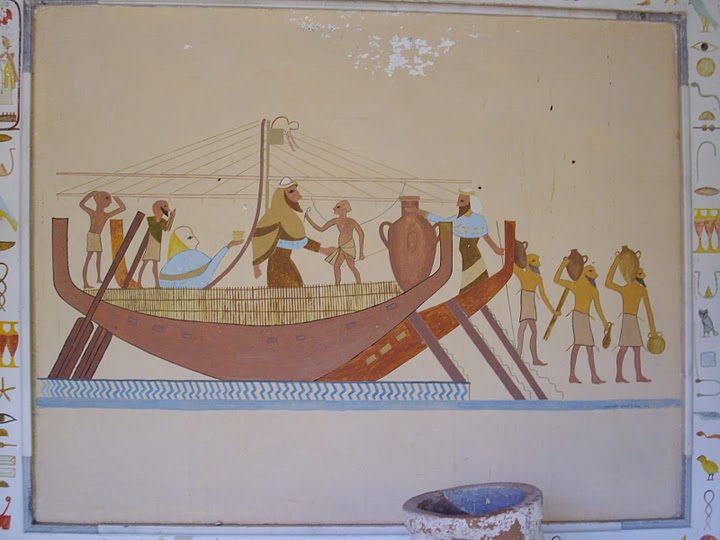 Room of the Carian Princess
During excavations in Bodrum, which are still ongoing, the skeleton and jewelry of a female were found. Reconstructions carried out in the UK identified her to be a Carian princess (360-325 BC) and she has found her resting place in the Princess Hall. You can watch a video about the recovery and marvel at the fantastic gold artifacts which accompanied her to her tomb.

Ship room
It’s not only royalty that is honored in this museum, but also a reconstructed trading ship of ancient Greece fills the room. You can climb into it and experience, really up close, how the sea traders of the times crossed the sea, lived with their families in the cramped conditions, cooked fish on skillets and preserved their food.

After our tour of the museum, we found a shaded place in the court yard café to have a coffee and a snack. The sitting area is a study in fauna and flora as well. Rare plants and trees, populated by a variety of birds make the place very romantic and restful. A little waterfall splashes over rocks and puts a soothing end to a very special museum visit.

Great article. The Bodrum Castle and the Underwater Museum of Archaelogy is a must. Other sights of interest include; the Amphitheatre, the windmills and the Myndos Gate. Bodrum is also famous for its intense nightlife and beaches. A perfect summer holiday destination.

Very good article I have visited this museum and it is a site to behold so very interesting,so much to see. reading the article made me feel I was back there again keep up the good work

Ah...you took me right back there. I've also written about this amazing undersea museum. But, unlike you, I haven't had a chance to sail down the coast to get there --- did arrive by ferry from Kos though. I'd love to do that boat cruise down the turquoise coast some time.

I really enjoyed reading your article and am sure you readers love it too.

Good article. The Museum of Underwater Archaeology looks particularly interesting. Remember sailing past the ruins of a sunken city in Turkey once.