The food of Franconia is hearty fare and what many would consider “typical German food”. Typical Franconian restaurants and inns dot the landscape of this German region and they often feature similar dishes on their menus. A meal at such a restaurant begins with a salad sampler, comprised of cucumbers in a vinegar or yogurt dressing, shredded carrots in a sweet sauce, thinly sliced radishes and various lettuces. The Franconian menu is meat heavy and typical dishes include Schäuferla, slow roasted pork shoulder; Sauerbraten, roasted meat in a slightly sour 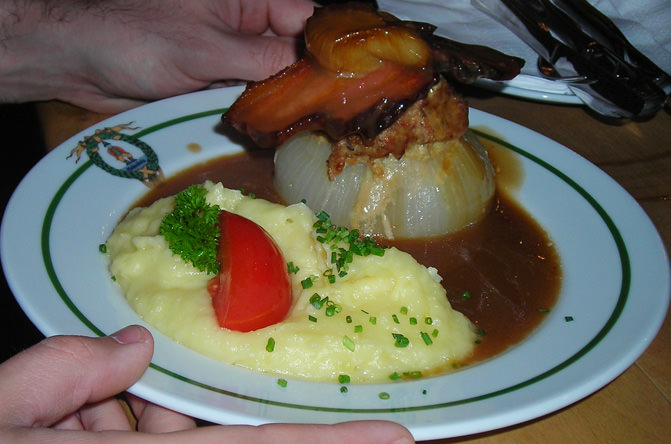 gravy; Zweibel, ground meat roasted with an onion; and various sausages, including bratwurst, weisswurst, the miniaturized bratwurst found only in Nürnberg, and knackwurst just to name a few. These can be served with any number of side dishes: Kartoffelklöße, or potato dumplings in a light gravy; red cabbage; Sauerkraut; and Kartoffelsalat, a slow cooked version of buttery potatoes and broth, quite unlike the mayonnaise heavy American version. Soups are often on menus, especially Kartoffelsuppe. Rather than a cream based soup, it is a clear broth with finely grated potatoes and other vegetables, accented by smoked meat.

Fish is quite popular in Franconia  as well. Karpfen or carp is consumed in copious amounts during the fall. The fish are found in ponds, but are not farm raised, and the clean, white meat is typically served poached or fried. Trout is also enjoyed across Franconia. The fish are caught in the numerous rivers cutting through the region. Trout is served smoked or when available fresh, poached, roasted or fried. 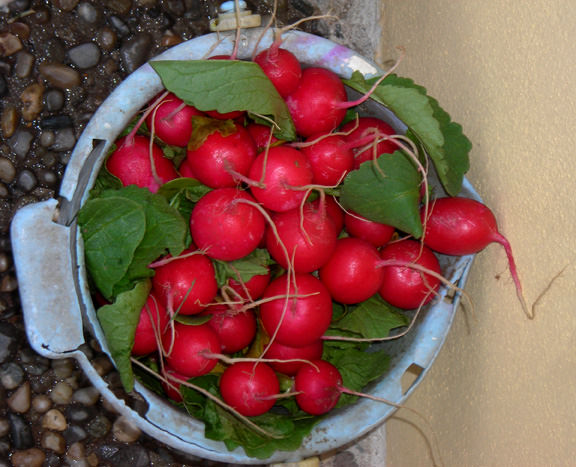 Franconia, like most of Germany, embraces seasonality regarding its foodstuffs. The seasonal availability of a particular produce is celebrated across the region and can be seen on nearly every menu. When white asparagus, or Spargel, appears in markets in the late spring and early summer, the pale shoots make appearances in every café and restaurant throughout Franconia. They are served boiled with a sauce of butter and breadcrumbs, in a creamy soup or as a light salad. Mushrooms are also enjoyed whenever in season, which can range from the late summer to early fall. Pfifferling, or chanterelles, are purchased in markets or foraged in the local forests and are often served in a sauce with Brotklöße, bread dumplings, or with various meat dishes. Steinpilze, or porcini, are also immensely popular when available.

Pastries are enjoyed throughout the region, with various specialties unique to each city. Lebkuchen, for example, emerges each Christmas in Nürnberg. These gingerbread cookies can be served plain, covered in dark chocolate or frosted. In Rothenberg, Schneeballen, fried balls of dough often dusted with powdered sugar, fill the windows of countless bakeries. And seasonality affects the availability of particular pastries. Zwetschgenkuchen is available only mid to late summer when the Zwetschgen or prune plums are in season. The  fruits are baked on a yeast-based dough and can be served plain with lightly sweetened whipped cream or with a sweet streusel on top. Rabarbenkuchen is also popular, with rhubarb replacing the Zwetschgen in a similar pastry recipe. Mohnkuchen is served in various forms throughout Franconia, but always with a rich 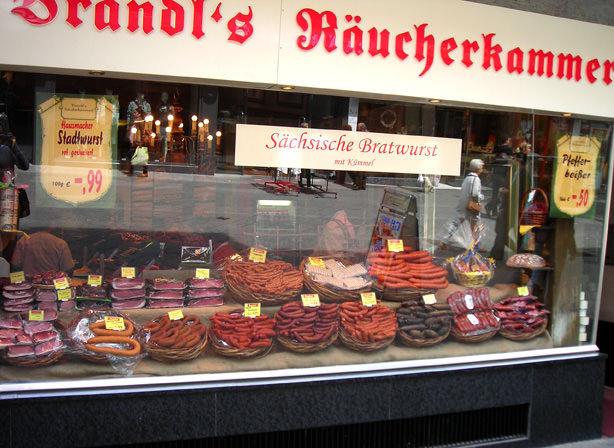 Franconia, like all of Germany, delights in beer and boasts many fantastic breweries. While beer is a local favorite, the region does include other indigenous beverages. Nearly all cafes and restaurants serve Schorle, juice cut with mineral water. Spezi is popular with younger Franconians; it is a mix of cola and lemonade. Also quite popular is a Radler, beer mixed with lemonade. Radler literally translates to bicyclist and is said to be the preferred beverage for those Franconians who stop by a gasthaus for a beverage, but do not want to wobble for the remainder of their cycling trip.

Franconia celebrates food and embraces dishes that are considered to be part of the region’s heritage and Franconians place great emphasis on the use of local and seasonal ingredients in all of their dishes. If you want traditional German cooking at its best, look no further than Franconia.

Thanks for the basics here! For me Franconian cookery (Burghaslach) must also include my Oma's Pfannkuchen (pancakes) which is like a thick crepe fried in butter, resplendent with a hint of vanilla and rolled around home made raspberry jam, altough she was from Fischach originally and the recipe was originally her mother's. She also made a wonderful crumb cake which was a childhood favorite.