On June 6, 1944, 150,000 American, Canadian and British troops landed in rough seas along a sixty-mile series of flat sandy beaches on the French coast at Normandy. The liberation of France and Western Europe was underway. They fought their way up sloping white sand dunes, towering cliffs, and through small seaside villages until, after two month’s bitter fighting, they broke out of Normandy. Rampaging across France and Belgium, they only slowed once they hit the Netherlands, Luxembourg and the German border. 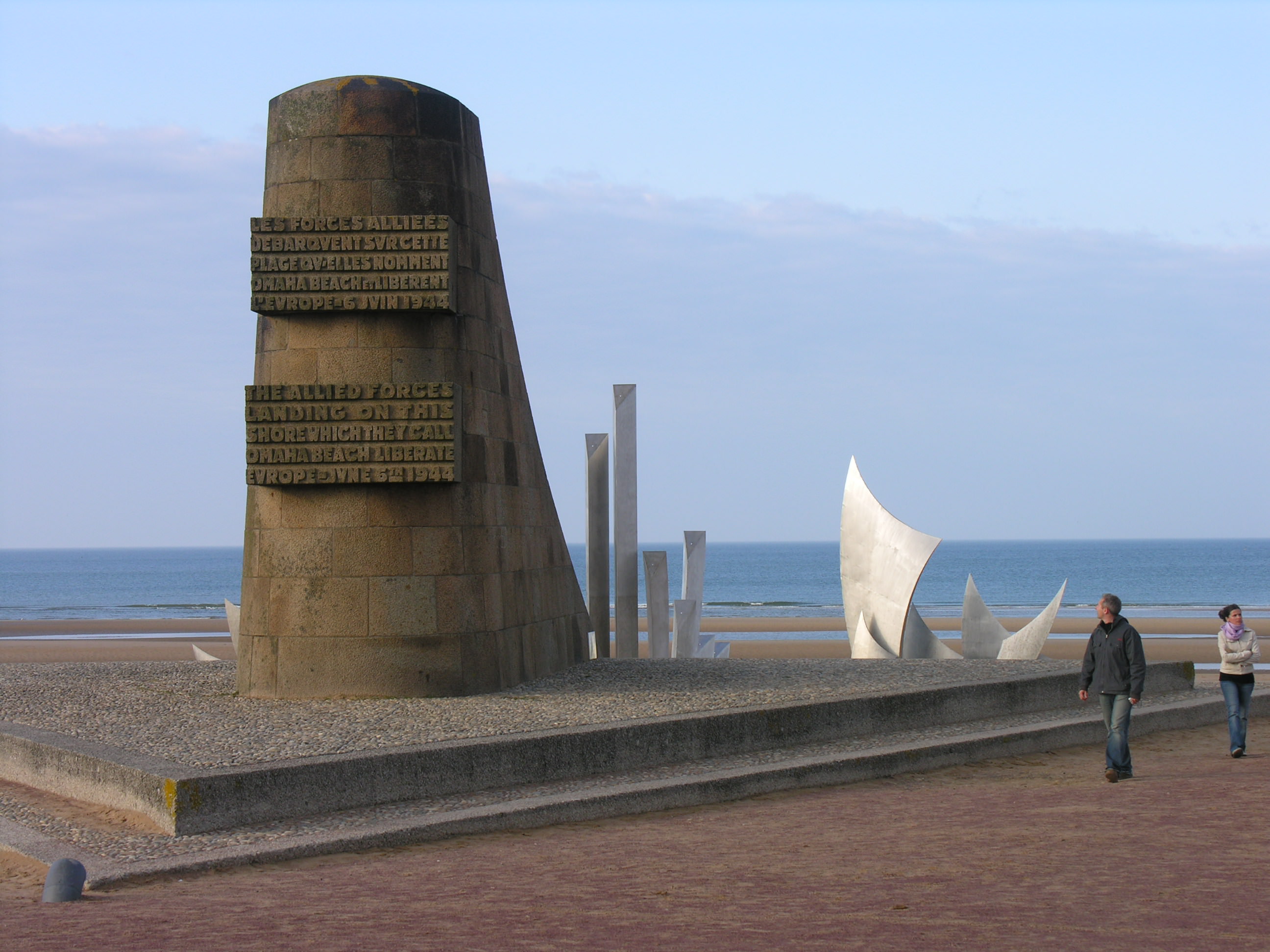 US memorial at Normandy

A cottage industry of more than 25 World War Two museums has sprung up across Normandy, with a number of them dedicated to the US forces. Here are the must-see museums about the US forces for Americans to visit.

Located on the westernmost allied landing beach on D-Day, the Utah Beach Landing Museum illustrates the combat and tactics that took place on the beach at Sainte-Marie-du-Mont when the US 4th Infantry Division stormed ashore. Films, a photograph gallery with some rare images, documents, models, dioramas, even a mock up of a German machine gun emplacement, tell this story. It takes well over an hour to get around this professionally designed museum.

A walk around outside is equally interesting. Armored vehicles including a Sherman tank, an amphibious vehicle and a Higgins boat landing craft are interesting relics to examine. As a testament to how the French have remembered the US contribution to the liberation of Europe, you’ll see several memorials and monuments spread out within a few minute’s walk of the museum: the 1st Engineer Special Brigade, 90th Infantry Division Monument, American Soldier’s Monument, 4th Infantry Division’s Monument, a Coast Guard Plaque, a US Navy Plaque, and more.

Not to be missed is Le Roosevelt Café, just across from the museum. A museum itself, it was built as an extension to a German Bunker and is crammed with all sorts of memorabilia. If you ask the owners nicely, they’ll take you on a private tour downstairs to the bunker at the back of the café. 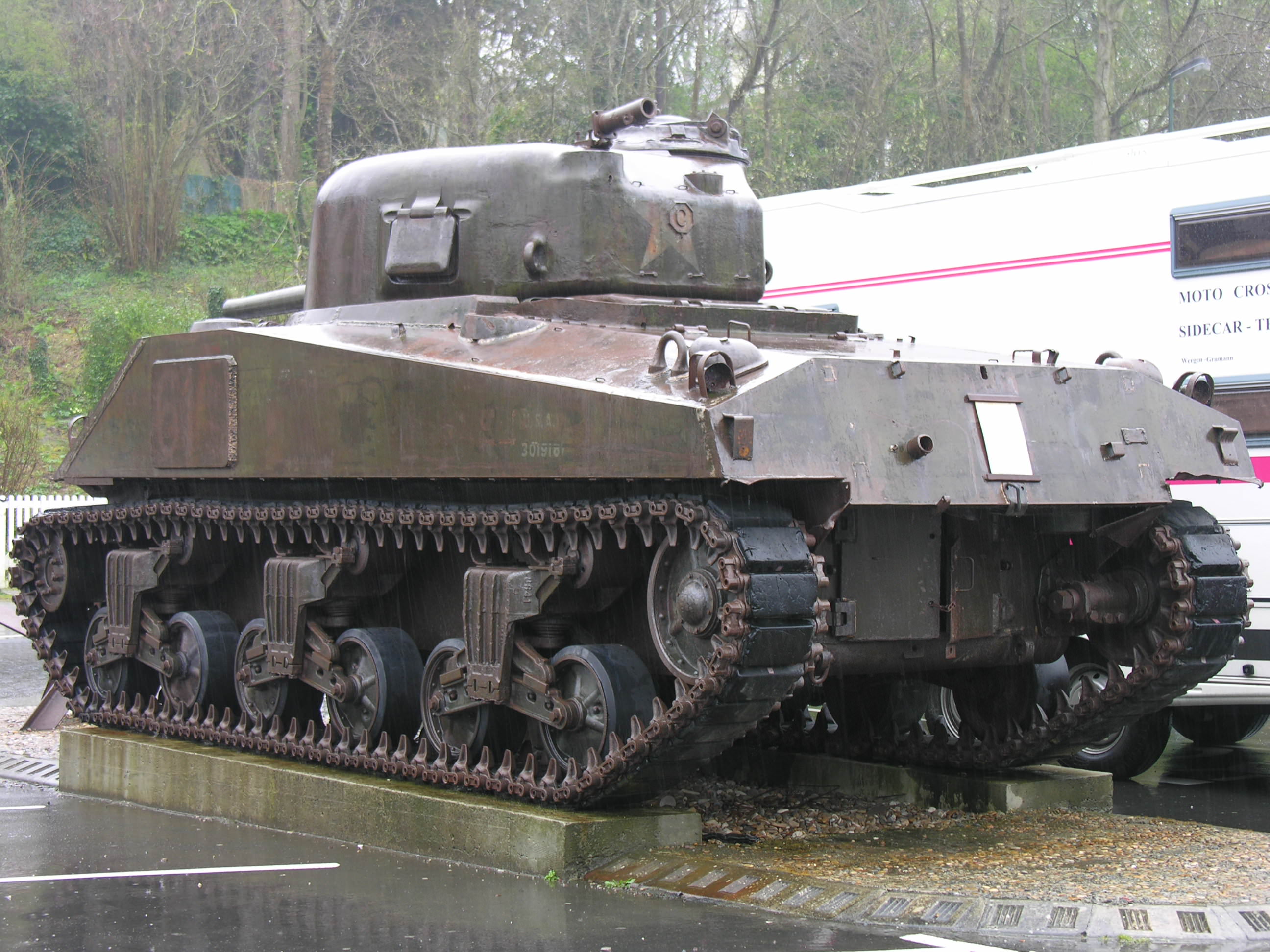 This museum, opened in 2004, was created to honor the 16th Infantry Regiment, 1st Infantry Division that was one of the D-Day landing assault divisions. These men, seasick and chilled, attacked from the sea into the teeth of murderous fire from four German strongholds, located on or at the base of the cliffs and sand dunes along Omaha Beach. They were under fire from the moment they were knee deep in water, and suffered 30% casualties in the first hour.

The museum curator, Pierre-Louis Gosselin, started his collection at age 9 when he lived on Omaha Beach. He realized that the First Infantry Division had not received much recognition for their actions on D-Day, so started the museum to honor them. 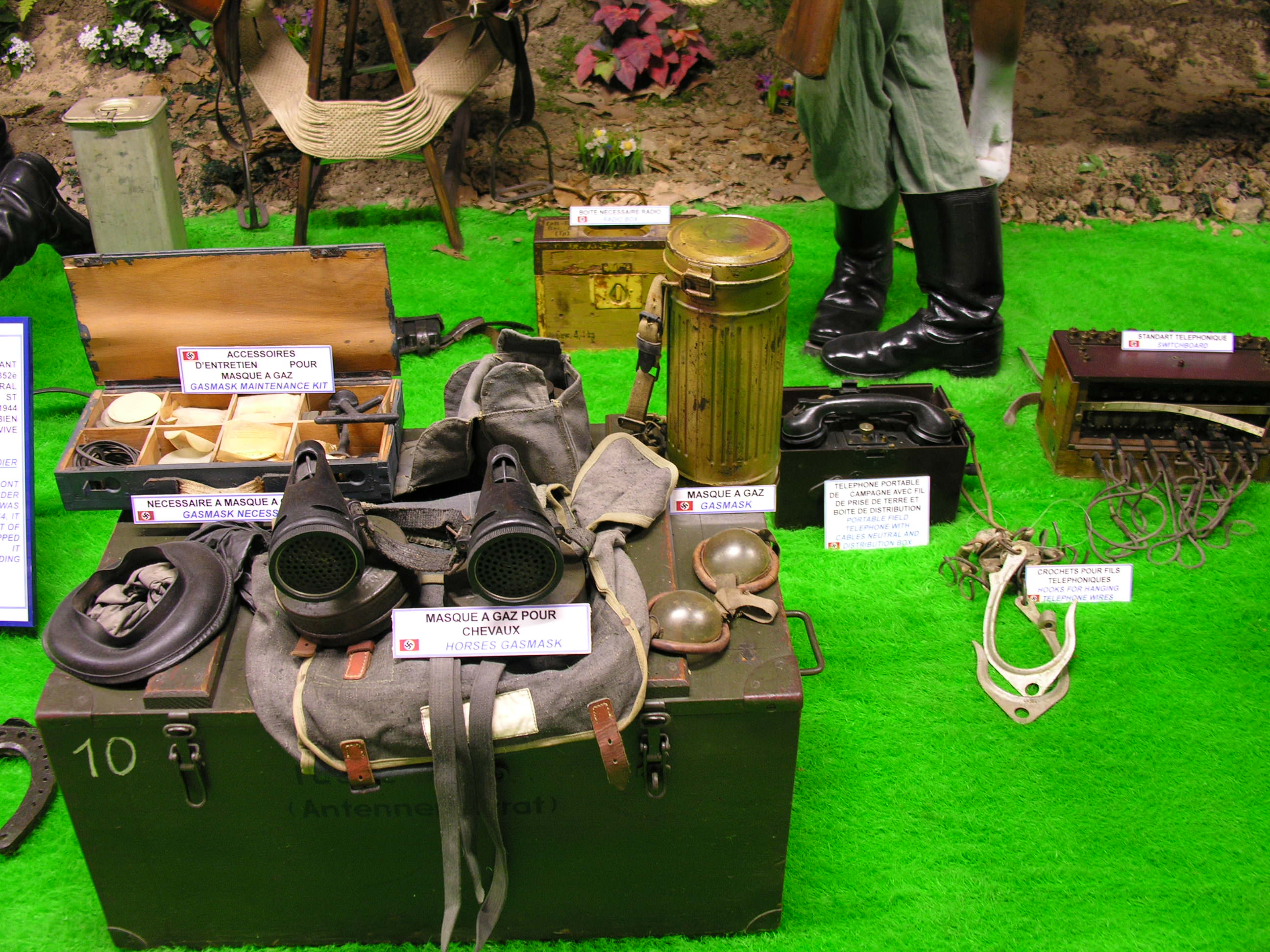 Sainte-Mere-Eglise is an iconic name to airborne soldier aficionados. The first town in France liberated by allied forces, the small bustling village is so much larger than life because of the extensive film and literature coverage it’s received. Walk around the town to soak up the atmosphere before visiting the Airborne Museum, only a stone’s throw from the town square. 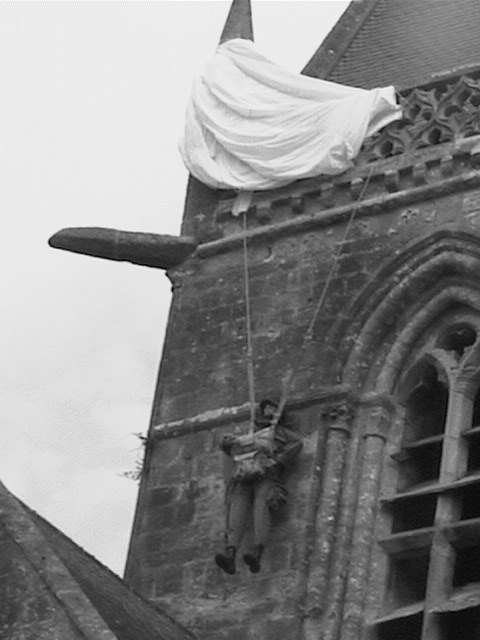 Two large buildings comprise the museum that pays tribute to the 82nd and 101st Airborne Divisions. The Waco Building, shaped like a large white parachute shroud, features a Waco glider as its centerpiece. The large rectangular C47 Building houses a C47 transport plane, complete with white invasion stripes painted on its wings. Paratroopers jumped from this plane on D-Day. Both buildings display a fascinating array of authentic airborne equipment, weapons and other memorabilia, including some very historic pieces donated by members of the two airborne divisions. 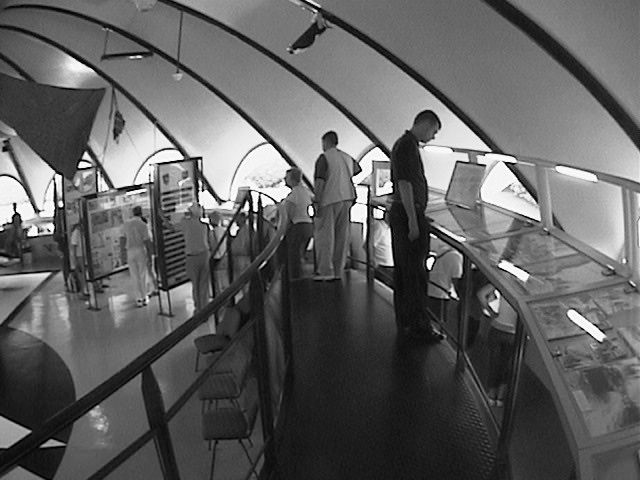 Inside the Airborne Museum at St Mere Eglise

The Waco building’s exhibits are in long rows of glass covered counters around it’s inside perimeter, and are crammed with medical kits, photographs, weapons, books by and about paratroopers, German helmets, uniforms, plaques, letters, documents, souvenirs and much more.

The C47 Building features larger dioramas of uniformed model airborne soldiers with weapons, in scenes typical of the D-Day landings. Two airborne soldiers greet a Frenchman at his front door, asking where the Germans are. An airborne officer keeps lookout while a machine gunner sets up beside him. The second floor has rows of glass-topped counters crammed with more memorabilia and an excellent view looking down on the C47. 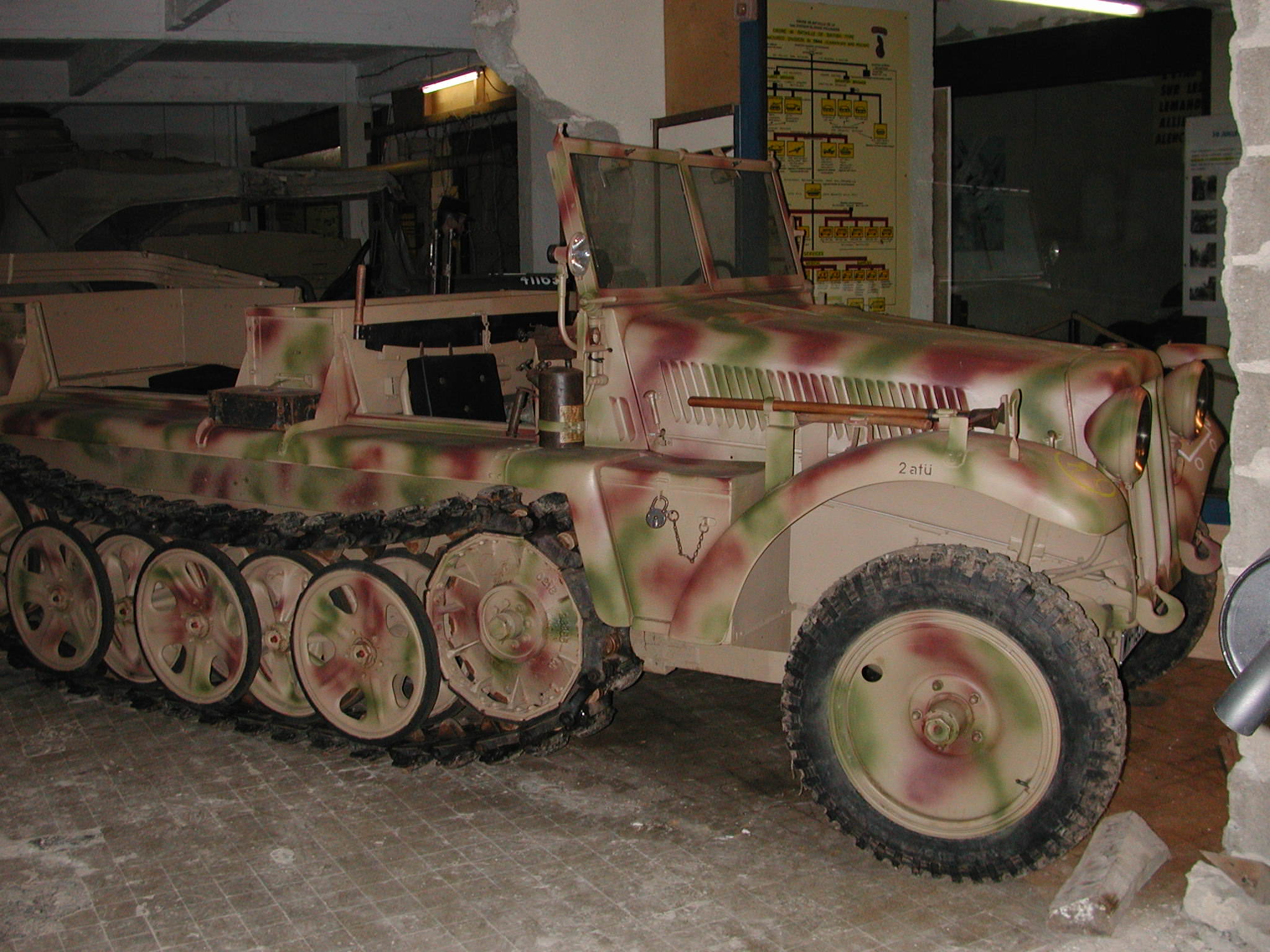 Also known as Omaha Beach Memorial, this museum is situated in the St. Laurent draw a few hundred meters up from Omaha Beach. It contains 1200 square meters of displays that describe the German occupation and D-Day landings. You’ll know you’ve found it when you see the Sherman tank, LCVP landing craft and Long Tom 155 mm artillery piece standing outside.

Inside, an outstanding collection of thousands of items including uniforms, weapons, personal objects, vehicles, photographs, films and dioramas illustrate the drama that unfolded here on D-Day. It is organized in chronological order, from the occupation to D-Day, with English and French signage.

Dioramas with well-painted backdrops depict German soldiers in occupied France, and US paratroopers in England preparing for the landings. The landing beach scene is the centerpiece diorama, showing US soldiers on the sandy beach, equipment strewn around, with German soldiers manning a machine gun post. A film relates personal stories and is well worth watching.