Rudesheim, Germany is known for two very special things: Wine and the Rhein (Rhine). It might not seem like much at first glance, but these two attractions have guaranteed a steady torrent of visitors to this quiet little town in the Rhein Valley. Rudesheim is located just a few train stops from Frankfurt am Main on the Rhine River, just south of the famous Lorelei Cliff (a massive rock that rises 120 metres above the waterline), and it is the major jumping-off point for hikes and cruises up the Rheingau. 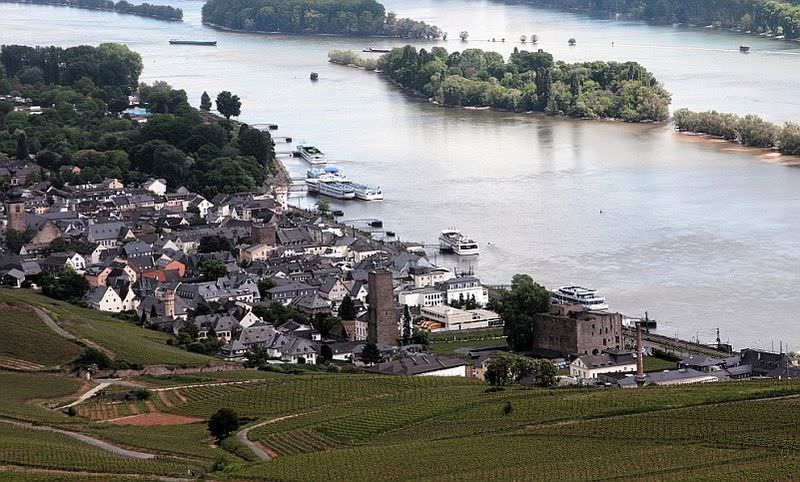 The area has produced wine for nigh on 2000 years and the locals extol the special pleasure of rumpsteak with a nice Rheingau Red or perhaps a simple soup and salad with Rheingau White.

One of the great hiking trails of this area is the Riesling Route, which takes you from Rudesheim all the way through Hesse’s most beautiful vineyards to the capital city of Wiesbaden, a fine city for a day or two of sightseeing in itself. There are trails which lead up the river, past the Lorelei, all the way to Koblenz, stopping along the way at vineyards, castles and small villages — don’t miss out on some of these walks and the sights and meals available along the way, they are what truly make this region great. 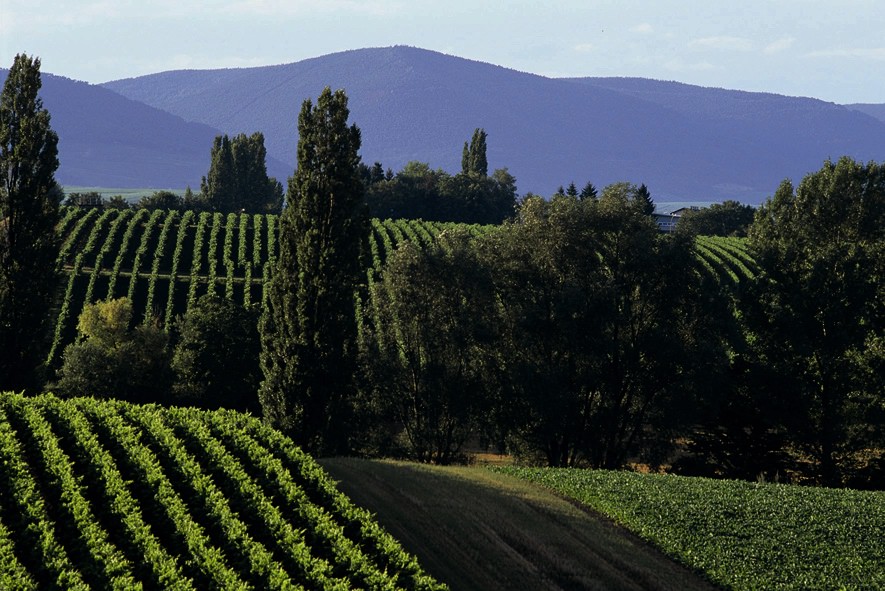 You should also take time to see some of the castles along this UNESCO World Heritage route. Near Rudesheim is one of the oldest castles in Europe, Broemserburg, which has stood for a thousand years and now houses a wine making museum. The ruins of Burg Ehrenfels are also worth a visit. Its a perfect spot for a picnic, so consider bringing some bread, sausage and wine with you if you’re visiting the ruins.

The city itself boasts several medieval buildings, but the major draw is, of course, the Drosselgasse ( Rudesheim’s main street in the old town) which runs right through the heart of the town. The locals really ham it up during the summer months here — restaurants are overflowing with Frankfurters on vacations, Frenchmen sniffing the wine and Americans with huge grins. In winter, the street is alive with its annual Christmas Market. 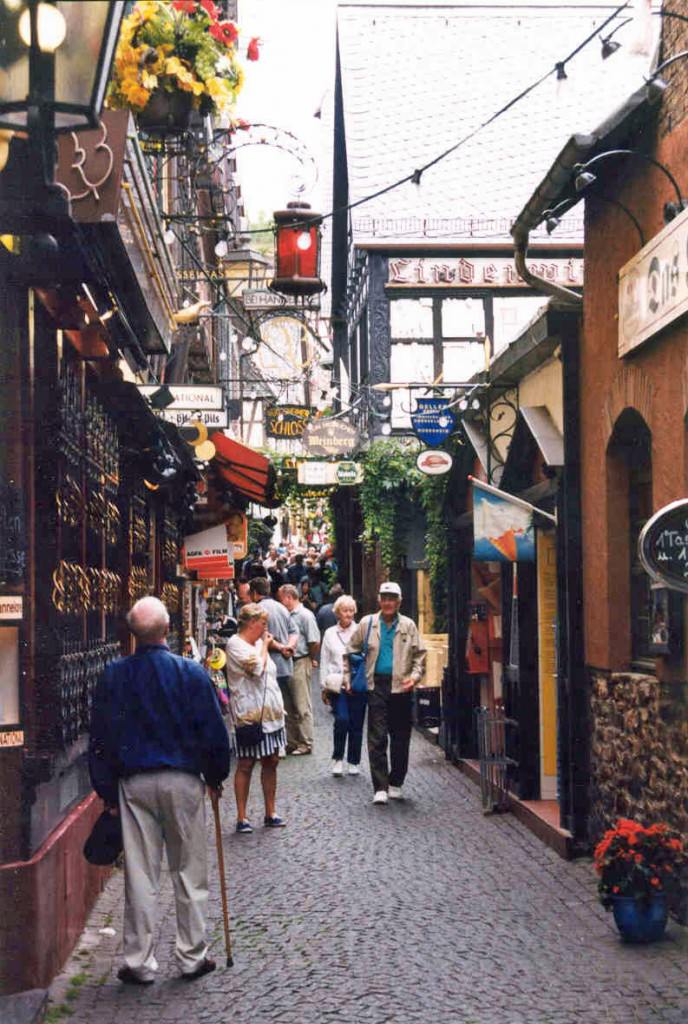 There is traditional music and dancing during the evenings and there might even be a show or three while you are there. The meals might seem a bit overpriced on the Drosselgasse, but they aren’t really. The food is excellent, wine spectacular (don’t listen to that dude from Bordeaux) and its just a festive atmosphere for the most part — a real treat for families.

It really takes only two or at the most three days to see what Rudesheim has to offer — especially if you are trying to see as much of the Rhine Valley as possible. Arrive early from Frankfurt (or wherever), visit the Broemserburg Castle, head back for a nice lunch, walk the Drosselgasse and pick a nice spot in the old town for dinner.

The next day wander around, maybe do that picnic idea at the ruins and then either hike out, drive out or take a river cruise up toward the Lorelei. Doing the same thing all over again at one of the other cherubic little towns along the way.