Officially called Grand Duchy of Luxembourg, this small constitutional monarchy is nestled between France, Belgium and Germany. Luxembourg’s population of just over a half million reflects diverse cultural influences. German, French and Luxembourgish (which has similarities with both French and German dialects are the country’s official languages. Luxembourg is one of the founding members of the European Union. The capital city (and also the largest), 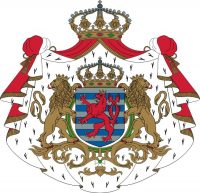 Luxembourg, is home to several institutions and agencies of the European Union.

Passports are required to enter and leave Luxembourg. Visas are not required for US citizens for visits of less than 90 days. For longer visits, contact the nearest embassy.

Visa information
contact: The Consulate General of the Duchy of Luxembourg in New York

American Offices
Provides consular assistance to U.S. citizens Luxembourg Embassy in the US 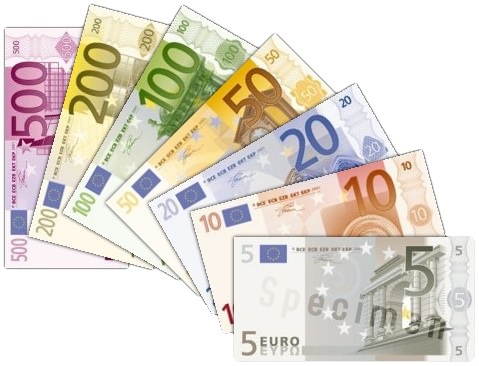 Culture and History
Luxembourg in a Nutshell

Currency in Luxembourg
As part of the European Union, Luxembourg’s currency is the Euro (available in seven notes and eight coins). ATMS are available throughout Luxembourg, especially in more urban areas, and most machines accept debit cards bearing the Cirrus logo. Before you leave, be sure to call your local bank to find out if you can use your card in Luxembourg and if a special international PIN number is required to retrieve cash. All major credit cards are generally accepted for purchases made in Luxembourg. Banks in Luxembourg are typically open from 8:30 a.m. to 4:30 p.m., with an hour off for lunch, and most are closed on weekends.

Electricity in Luxembourg
Luxembourg operates on 220 volts electricity (as opposed to the United States, which uses 110 volts). Outlets take the continental two-round-pin plug (standard throughout Europe). 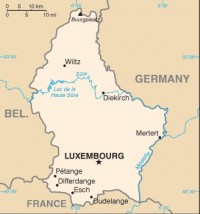 Etiquette in Luxembourg
Meeting People: When meeting someone for the first time or upon arrival to a business meeting or social event, shake hands with everyone (men, women and children). Also shake hands when leaving. Good friends often kiss cheeks, one on each side (similar to France).

Body Language: Luxembourgers are friendly but personal space is to be respected. Do not put your hands in your pockets. Don’t chew gum in public.

Dining: Punctuality is essential for most social occasions except evening dinners, for which you should plan to arrive 15 minutes later than what is stated on the invitation. When finished eating, place your knife and fork side by side on the plate. To quietly signify that you are not finished or that you would like more food, cross your knife and fork in the middle of your plate. It is considered impolite to leave food on one’s plate.

Gifts: When invited to someone’s home, always bring a gift — bouquets of flowers (not chrysanthemums), good bottles of liqueur, or chocolates — to the hostess. 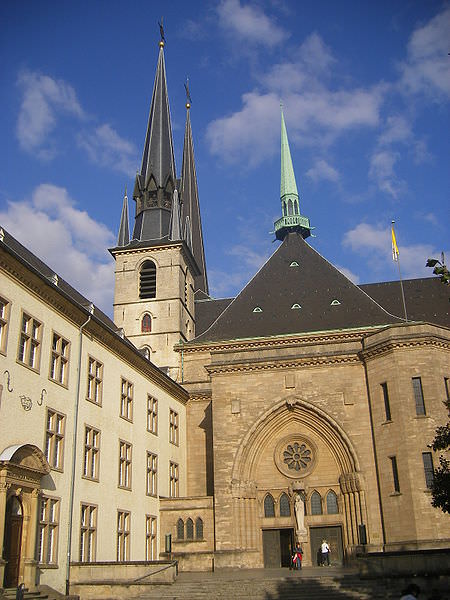 In General: Remain aware of Luxembourg’s individuality. Do not compare or lump the Luxembourgers together with the French, Belgians, or Germans.

Safety in Luxembourg
The crime rate in Luxembourg is moderate as compared to other European countries. Travelers should take precautions against petty theft while in Luxembourg, especially in public areas where pickpockets tend to lurk. Luxembourg has many public parks that are safe during the daylight hours, though low-level drug vending has increased in some of the city parks. Tourists should avoid these parks after dark.

Tipping in Luxembourg
A service charge of 15% is added to your food bill at a restaurant.  An additional tip isn’t required, but many people add a Euro or two for good service.

Weather in Luxembourg
With a moderate climate, Luxembourg is a great destination any time of year. However, be prepared for a bit of rain. Traditionally, “in-season” has been defined as anytime from mid-April to mid-October. Peak season is July and August. 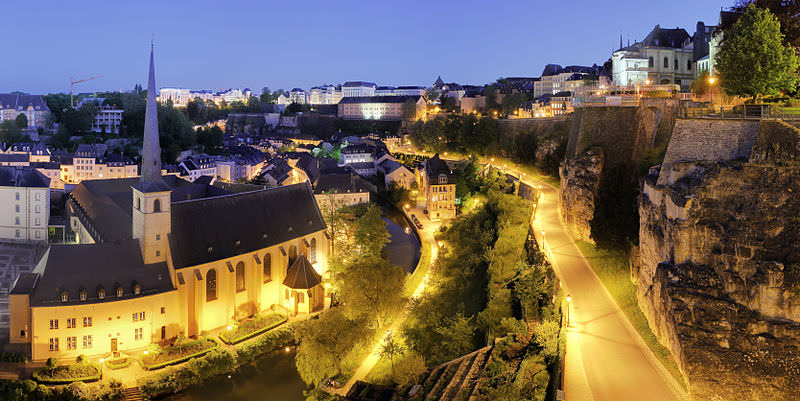 History buffs and sightseers will enjoy Wenzel Walk, which takes you through Luxembourg’s oldest quarters (a UNESCO World Heritage site). Among other sights, you’ll see the Bock Promontory, Castle Bridge (built in 1735 from red sandstone), and the Church of St. Ulric (the city’s oldest church).

Created by Luxembourg-born Edward J. Steichen, “The Family of Man” is a permanent exhibition at the Castle of Clervaux with more than 500 black & white photos by 273 photographs from 68 countries. The theme of this powerful imagery is love and faith. Before its arrival to the Castle, the photos were on display at New York City’s Museum of Modern Art.

A visit to Mullerthal , the little Switzerland of Luxembourg is a real treat

Wine aficionados will enjoy the Grevenmacher Wine and Grape Festival in mid-September.

Schueberfouer is a traveling fun fair that visits the country every year for 3 weeks in the summer.

Luxembourg is home to excellent road, rail and air transportation facilities and services.

Boats and Ferries
Car ferries run between the UK and Calais (from which you can drive to Luxembourg. From Calais, the quickest route is to take the highway to Brussels via Lille (A25, then head south through Namur along the E411 to Luxembourg). In total, the journey from London (including the ferry crossing) takes approximately eight hours. 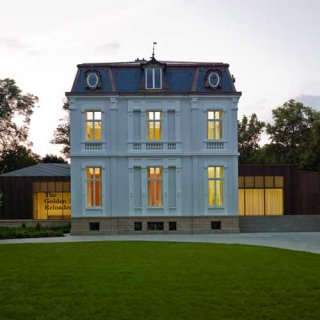 Benelux Tourrail will get you through Belgium, Luxembourg and The Netherlands. This pass allows for unlimited travel for any five days within a one-month period throughout the year.

InterRail is for European residents only, and offers unlimited first- or second-class travel in up to 30 European countries. Discounts are available for travelers under 26 years of age, and children’s tickets are reduced by about 50%. Available from Rail Europe.

Eurailpass is available to non-European residents (the passes cannot be sold to residents of Europe, Turkey, Morocco, Algeria, Tunisia or the Russian Federation) and is good for unlimited first-class train travel in 17 European countries. Depending on the type of pass, it is valid for 15 days, 21 days, one month, two months or three months. The Eurailpass Saver ticket offers discounts for two or more people traveling together. The Eurailpass Youth ticket is available to those aged under 26 and offers unlimited second-class train travel. The Eurailpass Flexi allows either 10 or 15 travel days within a two-month period. The Eurail Selectpass is valid in three, four or five bordering countries and allows five, six, eight or 10 travel days (or 15 for five countries) in a two-month period. The Eurail Regional Pass allows four to ten travel days in a two-month period in one of nine regions (usually two or more countries). Children receive a 50% discount. All of the above is available from The Eurail Group (website: www.eurail.com).

There are plans to introduce trams in the capital city of Luxembourg and light-rail lines in nearby areas within the next few years.

Car Rental in Luxembourg
Several major car rental companies have stations at Findel International Airport. Car rental prices can be high,but fuel prices are lower than in most other EU countries. As is the case in any EU country, you’ll need a valid passport, driving license & international credit card to rent a car in Luxembourg. The road network has been significantly expanded and improved in recent years. There are now 147 km of motorways connecting the capital (Luxembourg) to adjacent 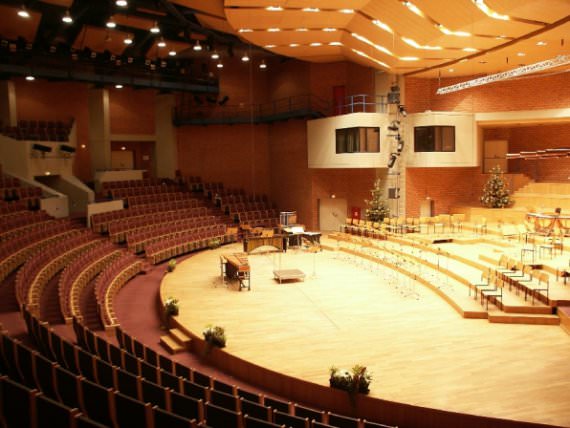 Taxis
Taxis are quite expensive in Luxembourg. The standard fare is 0.80 Euros per km, but expect to pay a 10 percent surcharge at night, and a 25 percent surcharge on Sundays. Asking a taxi to wait for you will cost EUR0.21 per minute.
Taxis can be booked by telephone or hailed from a stand outside public buildings such as train stations.

Luxembourg offers every type of lodging from couch-surfing, to hostels and agritourism , to 5-Star resorts. Check here to find a hotel that will meet your needs. 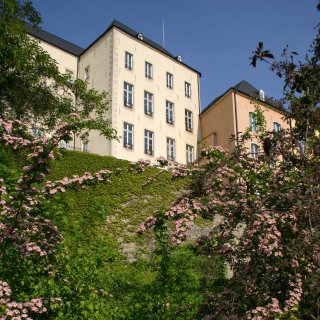 Public phone booths are conveniently located in Luxembourg. Coin-operated phones are quickly being replaced with ones that accept only credit cards and telecards, available at most newsstands, post offices, and major train stations.

Customs,VAT & Duty Free
When you return to the U.S., you’ll need to declare everything you are bringing back that you did not take with you. If you 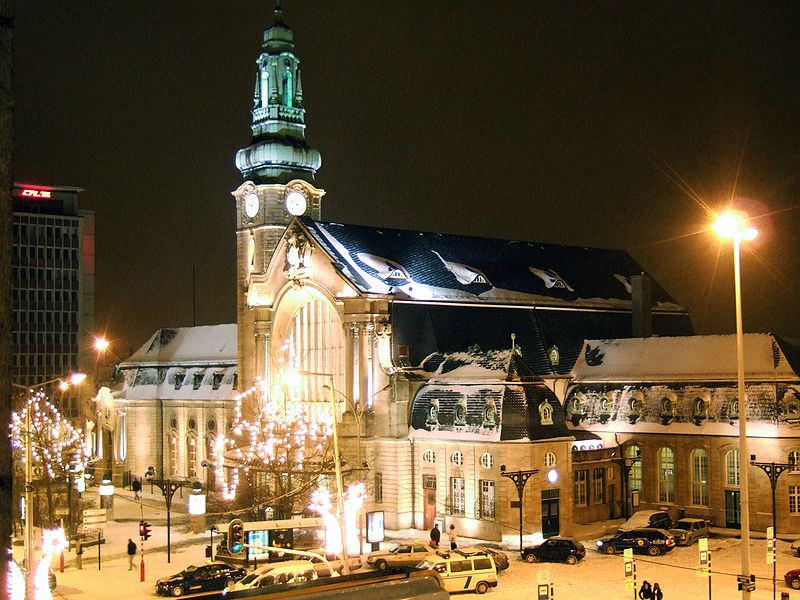 are traveling by air or sea, you may be asked to fill out a Customs Declaration Form provided by the airline or cruise ship. Keep your sales slips. Try to pack the things you’ll need to declare separately. Read the signs in the Customs area; they contain helpful information about how to clear Customs.
For complete information on Customs, look at the U.S. Government Customs Website

Value Added Tax (VAT or IVA) Refund Information
If you are a U.S. or Canadian resident, you may qualify for a personal exemption which allows you to bring goods of a certain value into the country without paying customs duties, excise taxes, or Value Added Tax. You can be reimbursed for the VAT you pay on large purchases throughout your trip. Save your receipts from large purchases and be sure to visit the VAT office at the airport for refund forms and information.

Duty-Free Items
U.S. and Canadian citizens may bring goods into or from France and the rest of the European Union up to a certain value before having to pay custom duties, excise taxes, or VAT (Value-Added Tax). You should keep the following in mind:

U.S. and Canadian citizens aged 15 and over and traveling by air or sea may bring articles totaling 430 Euros (approx.$545) into France duty and tax-free. Land and inland waterway travelers can bring duty-free goods worth 300 Euros (approx. $380) in their personal luggage

Individuals over 17 may also purchase and import certain duty-free items from France up to a certain limit. This includes tobacco and alcoholic beverages, motor fuel, and medications. Fragrances, coffee, and tea may now be imported into the EU with no restriction on amounts, as long as the value does not exceed the monetary limits listed above. Limits for other items are (be sure to check and make sure these limits are still the same before you leave):

Duty and tax exemptions are strictly individual. You cannot apply them to a group. Items worth more than the maximum exempt amount will be subject to duties and taxes.

You can bring personal items such as guitars or bicycles to France and not be charged any taxes or fees as long as the items are clearly for personal use. You may not sell or dispose of these while in France. All personal items declared to customs upon entry into France must be transported back with you.