The medieval Old Town of Regensburg, Germany was fortunate to survive World War II without losing its beautiful architecture, but its beauty was almost lost to “progress”.  During the 70s, city leaders wanted to modernize this quaint town and put a highway right through it, but citizens united to preserve and restore Regensburg. They began a huge restoration project that continues today.  St Peter’s cathedral has twelve stone cutters employed year-round to restore the ever-deteriorating, but spectacular building.

Regensburg, a UNESCO World Heritage site since 1960, now welcomes visitors with cobbled streets, and a myriad of touristic sights, trendy cafes and chic shops. And be sure to take a boat ride on the Danube River to get another view of this picturesque town. Regensburg is a favorite stop for numerous River Cruise companies, but it takes much more than the one-day tour to really see the real Regensburg.

What to See in Regensburg 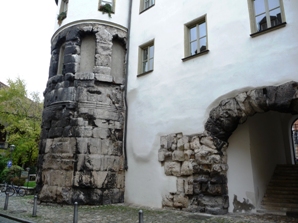 As you enter Regensburg, you can see the ancient Porta Pratoria, Germany’s oldest stone building, dating from 179 AD. Built by the Romans, this early gateway to the city survives today as a reminder of the Roman settlement castra regina.

There are over 1200 historic buildings in the center of Regensburg, many built by the rich, patrician families who traded with cities such as Kiev and Venice. Building the tallest tower was the way to show your wealth. 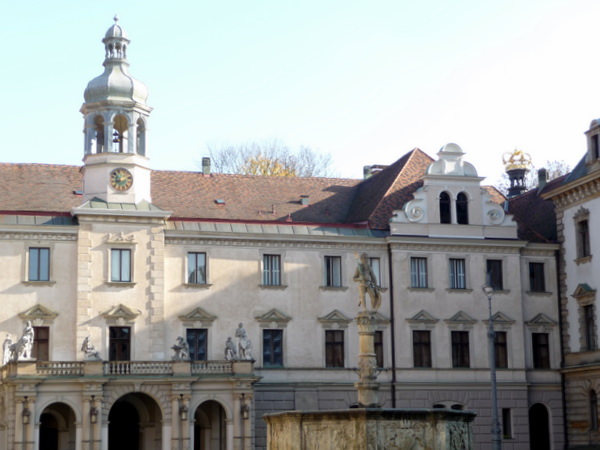 Since the 16th century, the house of Thurn and Taxis has served the city well. The Thurn and Taxis family operated breweries, built numerous castles, and developed the European postal service, which brought the family great wealth. A tour of the Thurn and Taxis palace was a highlight of our stay in Regensburg.

The Old Stone Bridge (Steinerne Brucke)
Built in the 12th century, this bridge is an engineering feat and was the inspiration and prototype for the Charles Bridge in Prague. It now offers a nice stroll over the Danube. 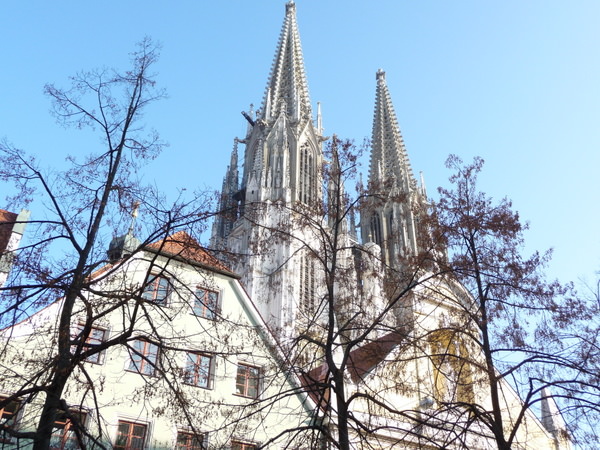 Reaching to the stars, the spires of this exquisite Gothic cathedral dominate the skyline of Regensburg. A close examination of the cathedral’s exterior reveals a series of portals featuring foolish virgins, kings on horseback and fanciful gargoyles.  And, if you are fortunate and the Regensburg Boys Choir is not on tour, you can enjoy a memorable performance of the boys choir singing at the 11AM Sunday High Mass.

St Jacob’s Church
Founded by Iro-Scottish monks, this church has a fascinating, carved stone façade. Archaeologists and art historians have yet to interpret the meaning of the carvings. 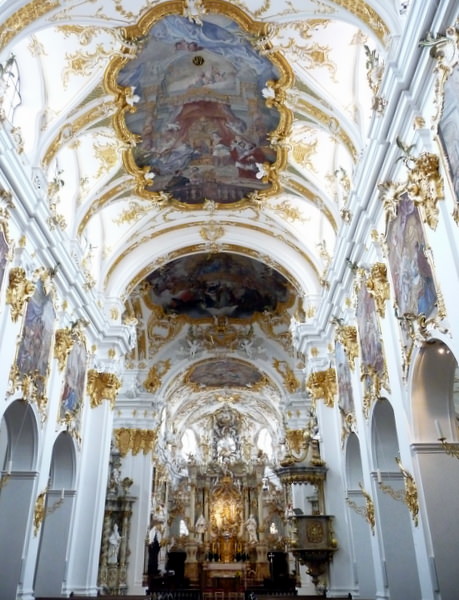 The baroque interior of this seemingly simple church on Kornmarkt Square will dazzle you.

The Bruckturm Museum (Bridge Tower Museum)
Take a tour of the tower and see how the tower guard lived. You will also see documentation on the building of the Old Stone Bridge, and the original clockwork for the tower Clock.

Where to Stay in Regensburg

Hotel Bishofshof 4-star
We stayed at the charming Hotel Bishofshof, located in the center of Old Town right next to the Cathedral. Charm and service are the bywords at this wonderful hotel.
Krautermarkt 3
93047 Regensburg
Tel: 0941-5 84 60 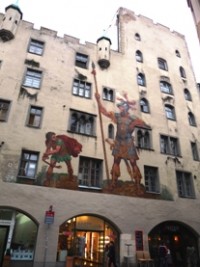 Goliath Hotel 4-Star
Set in the heart of Regensburg, near to the Goliath Mural, this newer hotel offers modern amenities and modern style. Free WiFi and great breakfasts are included.
am Dom GmbH
Goliathstraße 10

Hotel Orphee 4-star
The Grande Hotel Orphee is a baroque style building with 31 large rooms, one apartment and up-to-date bathrooms.  This hotel, renovated in 2005, has reasonably priced rooms and an on-site restaurant. Exceptional rooms and service.
Untere Bachgasse 8
93047 Regensburg

Where to Eat in Regensburg

The Heuport Restaurant
We enjoyed a wonderful dinner at this typical German restaurant located right across from St. Peter’s Cathedral.

Historic Sausage Kitchen (Historische Wurstkuche)
This 500 year old restaurant is famous for its sausages. The typical lunch is sausage and saurkraut, but there are other choices as well. There is outdoor seating, on the banks of the Danube, in nice weather.
Located next to the entrance to The Old Stone Bridge 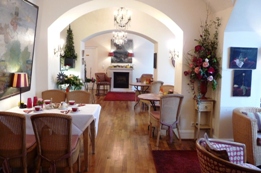 Attached to the beautiful Hotel Bischofshof, this restaurant is charming and has an extensive menu with a great wine list. I love the wiener schnitzel.

Beim Dampfnudel-Uli
Famous for their “damp Noodle”, a type of dumpling that is covered in custard, this little restaurant is small, charming and crowded.
Watmarkt 4,
Altstadt

Regensburg is one of the oldest cities in Germany and great tourist city in Bavaria. I have been there before and love this place.

After reading your content I was surprised that you have missed a best tourist attraction in Regensburg - Walhalla Temple.

It is a best sightseeing place and a museum as well. If you visit in night then you can entire nice view of entire city.

It was just great to read this article. We spent five days here and loved the place. So much to see and do. Stayed at the Bishop's House hotel and highly recommend it. Also, loved the restaurant there and had two good dinners. Also recommend spending some time in Passau, Germany which is down the Danube from Regensburg. Both places have so much of old Germany in them. Hopefully, we will go back some time.