When I clambered onto the full flight from Paris to Rome, the last thing I wanted to do was talk to a fellow passenger. I closed my eyes, exhausted after twenty hours of travel. Lunch arrived and my seatmate, a mild-mannered gent, said, “I always chat during the meal—I’m Peter.” My heart sank, but I gathered my remnants of energy and replied, “I’m Julie from Vancouver.” 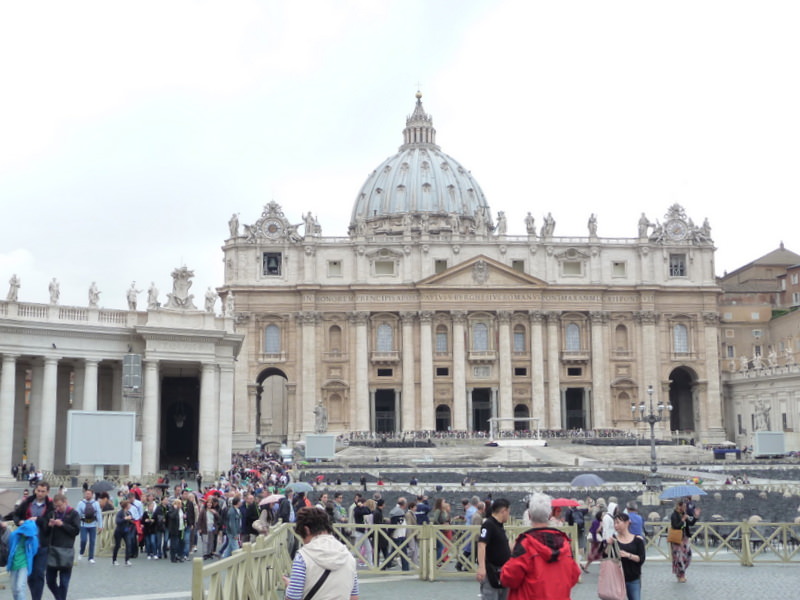 I was soon enjoying my fellow traveler. Peter was a New Yorker who had lived in Rome for the last twenty years. He quickly told me about the best tips for sightseeing in Rome and cheapest trattorias near my hotel. Then I asked him what he did in Rome. “I work in the Vatican Library with ancient Bibles,” he said quietly. Peter was a Jesuit priest. My fatigue vanished and we talked animatedly until forced to part at the baggage carousel.

Peter’s best secret for visitors to the Vatican is this: St. Peter’s Basilica opens to the public every day at 7:15a.m. and there is no one there but the cleaners.  A year before, I had visited St. Peter’s in mid-morning at the height of the tourist season. Wall-to-wall crowds and the harsh, amplified voices of tour guides did not enhance this sacred space. I was unimpressed and did not linger, although I briefly considered returning for a high mass when St. Peter’s would be doing what it does best.

>>Also take a look at these tips to visit Vatican City! 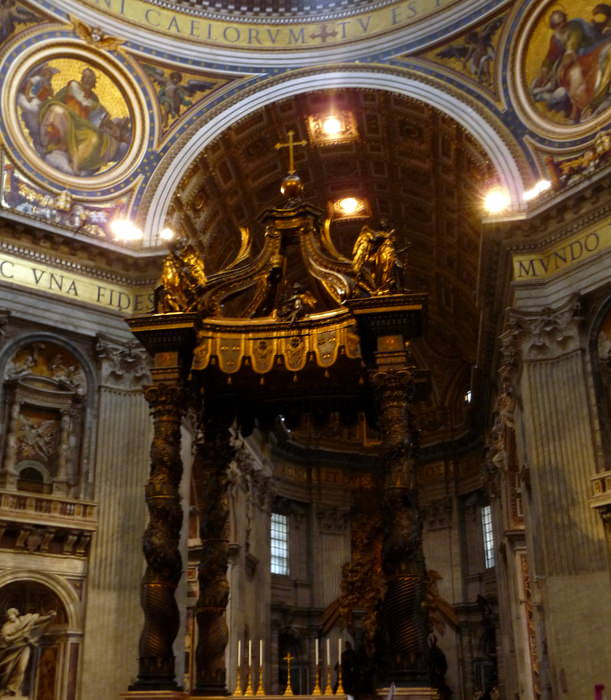 On my second visit to Rome, I tried again two days into my holiday following Peter’s suggestion. Empty and quiet, this St. Peter’s was an entirely different place: I was humbled by the size of it and struck dumb by its opulence. Although not a Roman Catholic, I had been drawn back to the basilica in the hopes I might, at least, connect with the ghosts of the Renaissance.

This time, I did experience the sweep of history, architecture, and art. The first statue on the right as I entered through the West Door was Michelangelo’s Pietà completed in 1499. Unable to tear my eyes from it, I was knocked sideways by its spirit and beauty. Protected by thick, protective glass after sustaining damage by a deranged man in 1972, the Pietà cannot be photographed using flash and insufficient light made it impossible for my point-and-shoot camera. So I simply stood there drinking in the masterpiece and allowing it to work its magic. The Pietà, carved from a single piece of white marble, is life-size and depicts Mary cradling the dead Christ on her lap. Michelangelo took considerable artistic license with it. His Mary is young and serene, rather than middle-aged or distraught, and her bodily proportions in relation to Christ are inaccurate. Critics dislike these features but they entranced me. The Pietà worked, not so much as a famous work of art but as a statement of a mother’s unconditional love and profound grief. 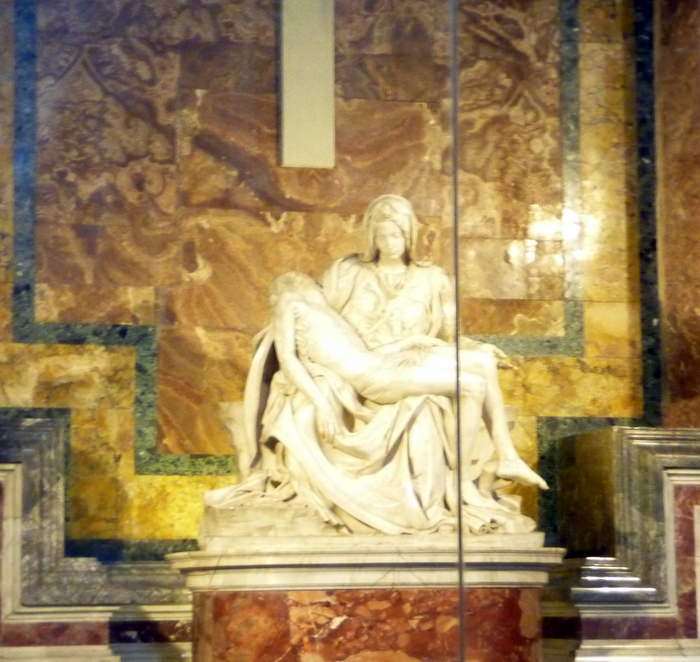 Standing transfixed for a time, I became aware of someone standing next to me. Turning, I saw a very young nun in a sky-blue habit, not the ghost I half-anticipated. At first smiling broadly, soon tears began to flow down her cheeks. The Pietà does that to people—it’s so achingly beautiful. The nun and I tried to converse, but had no common language. Five minutes later when she beckoned me to follow her, I did. She led me into a magnificent side chapel, bigger than most parish churches. Mass had started—it was 8:15a.m.

We joined a handful of others in the Chapel of the Blessed Sacrament. Over the next fifteen minutes others came in too—nuns, priests, elderly women with shopping bags, young women in skin-tight pants and stilettos, moms with strollers, and cleaners in coveralls. Mass was sung in such exquisite plainsong, it made the hair rise on my neck. I participated with this small, devout group and afterwards we spilled into the great nave of the Basilica and went our separate ways. 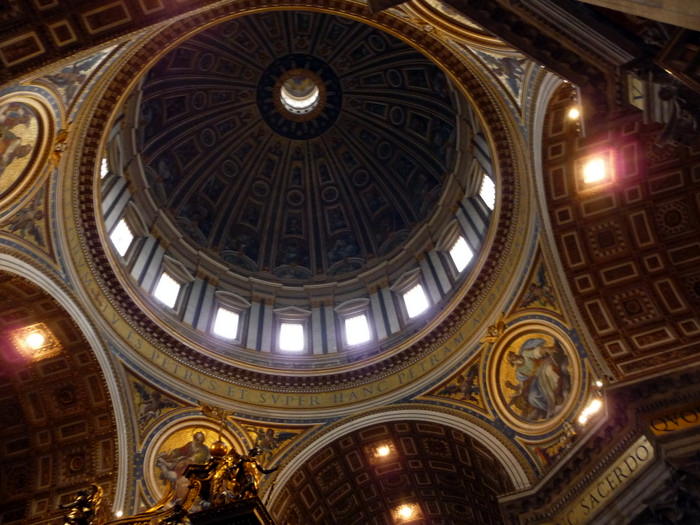 I wandered about quietly for a while to recover from sensory overload and later descended the steps beneath this great church into the crypt where the tombs of former popes lie, neatly lined up in stone niches. There I came upon the shrine to St. Peter, built above his tomb that was discovered fairly recently. Surprising myself, I lit a candle in gratitude for the chance meeting with the other Peter who shared his secrets with me on Flight 801.

And be sure to read our  neighborhood guide where to stay in Rome.

Written by  Julie Ferguson for EuropeUpClose.com

I would love to see this. Thank you for sharing such a beautiful experience. My husband and I want to take the Trans-Siberian Railroad from China to Europe for our anniversary. Perhaps we can make it to St. Peter's.