Vincent Van Gogh visited Montmajour Abbey at least fifty times, he wrote, just to look at the view across the plain.  Today’s visitors to Provence, France, are drawn to the abbey for the same reason and to see the impressive old ruin in stone, a French historical monument and the oldest abbey in Provence. It was a significant site from the time construction began in the tenth century, even playing a minor role in a mystery that involved a fabulous diamond necklace, Marie Antoinette, and a cardinal in exile. 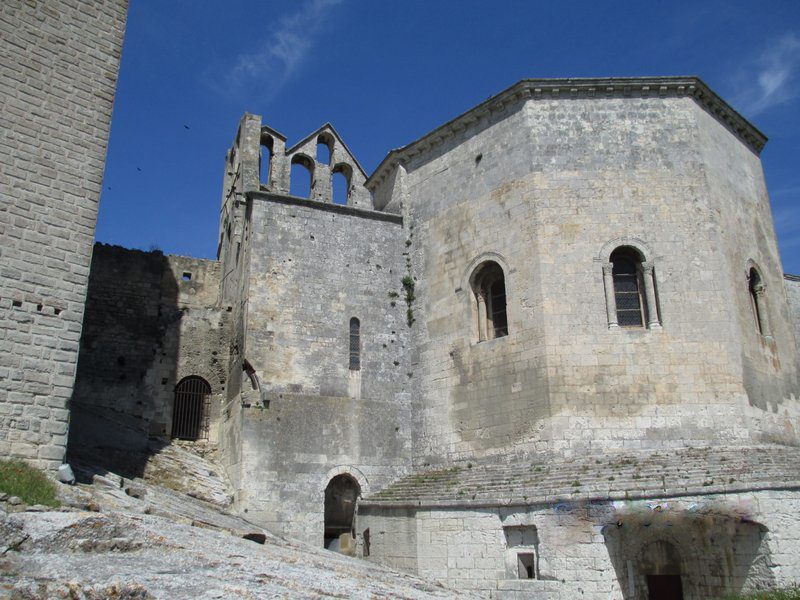 At first Montmajour, five kilometers north of Arles, was an island in the Bouches-de-Rhone, surrounded by marshes which were later filled in. A noblewoman  left it in her will to the hermits already residing there, with the condition that a Benedictine monastery be built. This was done, and during the next two centuries the monastery expanded and became an abbey. 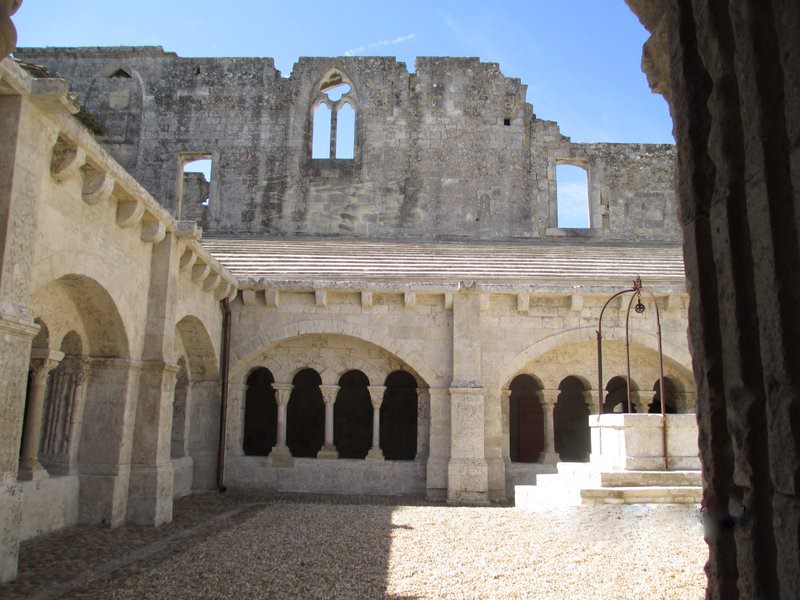 When Montmajour acquired what was said to be a fragment of the True Cross, in 1030, it turned into a popular pilgrimage site, especially after the Archbishop of Arles declared pardon of sins for those who went to the abbey’s chapel on the feast day of the Cross (and left a donation). The shrine drew so many pilgrims a separate church had to be built to hold the relic. This was St. Croix, the 12th century Chapel of the Holy Cross, still in a field outside the walls. 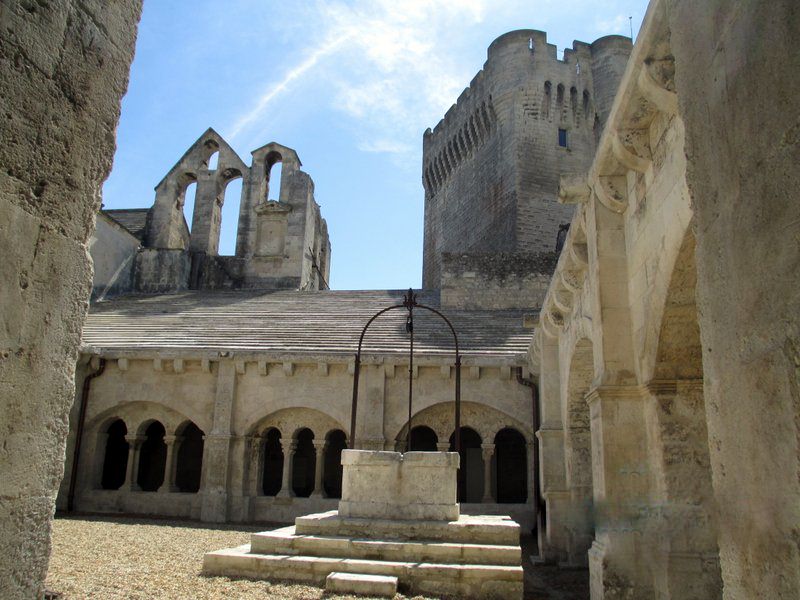 The abbey grew with the help of Provence rulers who donated lands, castles, all kinds of worldly goods; and although it ran out of money a few times, Montmajour prospered until it was hit by two disasters: the Black Plague, which killed half the population of Provence, and the Hundred Years War, which left the place in ruins. Finally, though, in the 17th century, a new batch of Benedictines moved in and began rebuilding and restoring. They couldn’t have known the French Revolution lay ahead, spelling the end of the monastery. It fell again into ruins and the property changed hands many times, until at last, in 1840, Montmajour was placed high on the list of historical monuments to be preserved. 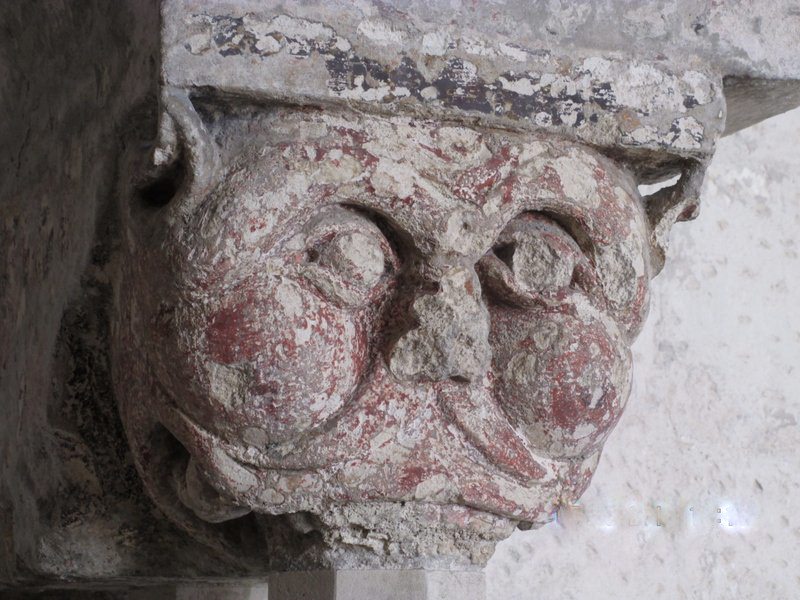 Animals and monster heads were carved on medieval columns in Montmajour

Today, visitors can wander through the medieval cloister and massive church, where art exhibitions are often held,  and climb the 26-meter watchtower. From the top of the tower, reached by a great many stairs, the view across the hills and fields is magnificent. A cluster of open (and empty) medieval graves, carved into rock, is one of the unusual sights at the abbey. 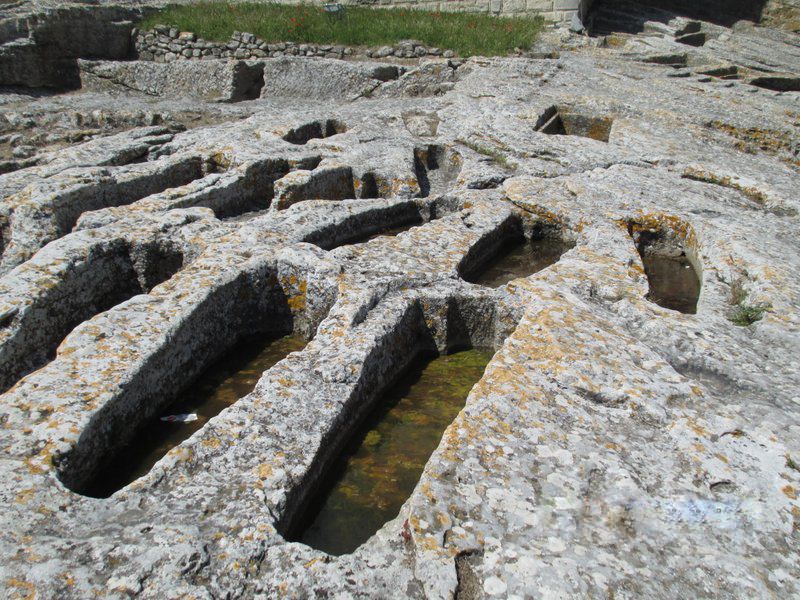 Graves dug from stone at the abbey

Now about that diamond necklace: In Paris in the 1780s, a scheming, ambitious young woman, Jeanne de la Motte, became the mistress of Cardinal Louis de Rohan and claimed to be a friend of the queen, Marie Antoinette. The Cardinal yearned for the queen’s good will, and when his mistress told him to give her an incredibly expensive, elaborate necklace with some 630 diamonds, he agreed. He couldn’t afford the full cost, though, and the court intrigue that followed sounds like fiction at its most melodramatic. It involved the king and queen of France, a Portuguese princess, the French Revolution, the guillotine, a lot of greed, and a daring prison escape. The necklace disappeared. It was probably broken up for the value of the diamonds, but no one really knows. Numerous books and at least two films have been based on the tale of the necklace. 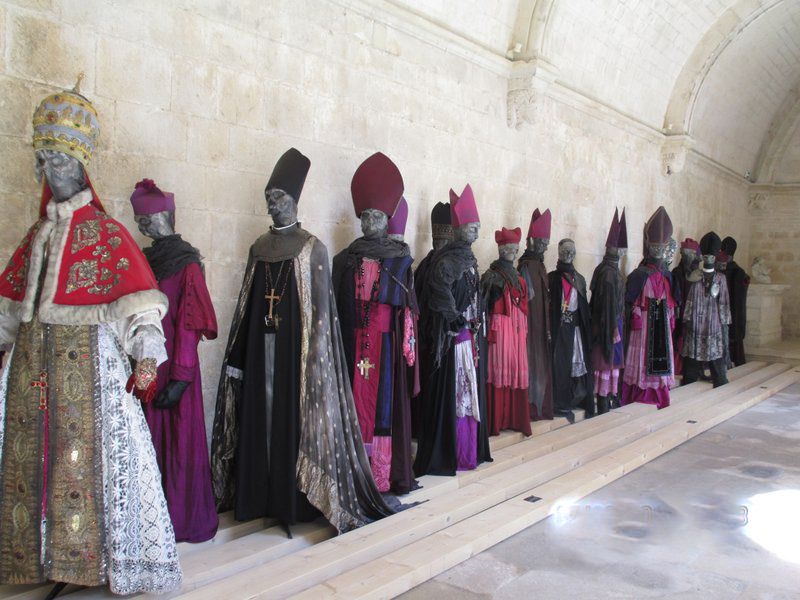 Where does Montmajour Abbey, far from the intrigues of Versailles, fit in this story? This was the place where Cardinal de Rohan, after his release from the Bastille, was exiled. He was its last abbot.  Never much of a credit to his position, he refused to pay for its upkeep, and the abbey once again was left to moulder. If the cardinal knew what happened to the magnificent necklace, he wasn’t telling. 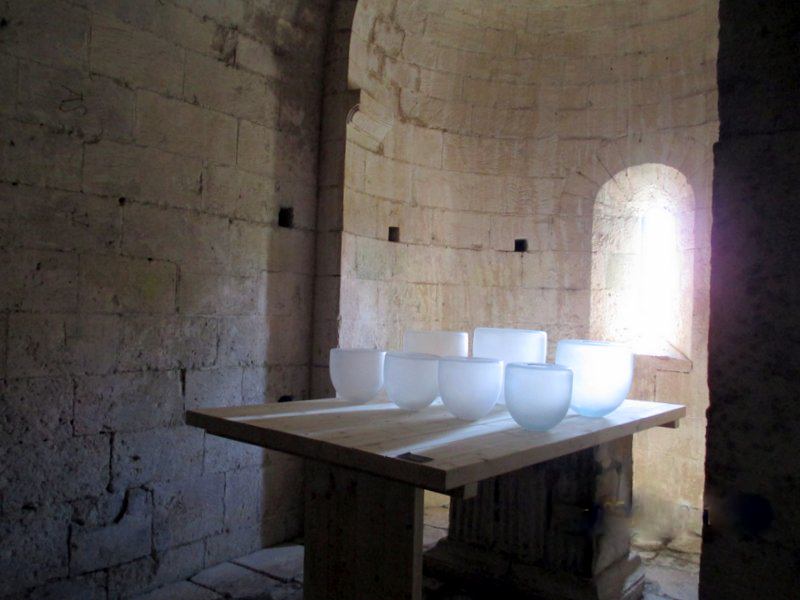 Now tourists come to the abbey by the busload. But after they’re gone, Montmajour’s silent halls and alcoves are filled with a certain eeriness and more than a hint of its haunted past.

Admission is free to minors, the disabled, and the unemployed. Guided tours are available, in French.

Written by and photos by Marilyn McFarlane for Europeupclose.com

This was one of the highlights of my recent visit to France. The day we were there, it was beautiful and clear with spectacular views in all directions. As I stood at the top of the tower, I saw below me a farmer surrounded by the herd of beautiful Camargue horses he was feeding -- what a fantastic place!

Gabriela, thanks for your comment. I don't know of an email address for the abbey. It's a national monument, I hope you'll have the opportunity to visit.

I'm so fascinated by this topic! It's really great article, congrats! I'm looking for email adress to get in touch with someone from monastery. I've found only the phone number, but unfortunately I don't speak french. Maybe you could give me advice...?