Best-selling crime author, Agatha Christie, hailed from Torquay in Devon, on England’s southwest coast. Literary fans can follow in her footsteps and see many of her favourite haunts on a trip to Torquay. 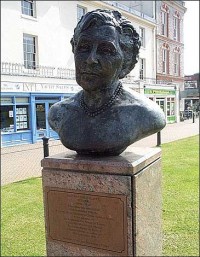 On the 15th September 1890, Agatha Mary Clarissa Miller was born in Barton Road, Torquay.  During her lifetime, she become one of the most prolific British crime writers, penning 79 crime novels (plus 19 plays and six romantic novels, under the name Mary Westmacott.)

Many people love following in the literary footsteps of their favourite writers and it’s no exception with Agatha Christie. The annual Agatha Christie Week takes place in September, to coincide with her birthday, and there are lots of events, activities and tours to enjoy in Torquay.

But even if you can’t visit at the time of the celebrations, there’s plenty to see on a trip in your own time. There are a wide variety of places in the town, for example, that were connected with the novelist and her writing. Many of these literary landmarks are identified with blue plaques and, in 1990, Agatha’s centenary year, the Agatha Christie Mile was created, which marks out 11 locations on a one mile route around Torquay. A free copy of the leaflet outlining the Agatha Christie Mile is available from the Tourist Information Centre. 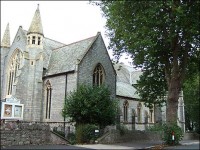 The church where Agatha was baptised, All Saints Church in Torre, is usually open to visitors and they often have guided tours available too. It’s located a short walk from her childhood home in Barton Road and is the church which Agatha attended regularly during her childhood. 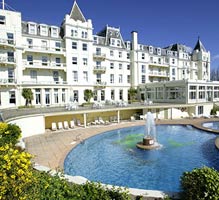 Agatha met Lt. Archie Christie, her first husband, in Torquay. They got married on December 24th 1914 and spent their honeymoon night at the Grand Hotel in Torquay. Located on the sea front, the four star hotel is still in existence today and certainly lives up to the grand part of its name. Even if you’re not staying there, it’s definitely worthwhile popping in for morning coffee or afternoon tea, or to enjoy light refreshments in the Compass Lounge and Bar, which has spectacular views across the bay.

After their wedding, Archie had to go straight back to war and Agatha worked as a nurse for the Red Cross Hospital, based in Torquay’s Town Hall. She later trained as a pharmacist, which helped with her crime novelist career, as she gained experience about the effects of poisons. 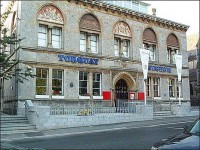 The Torquay Museum is a good place to head to for learning more about Agatha’s life. They have an exhibition dedicated to Agatha which includes items such as personal photos from her early years, to late life notebooks, original manuscripts and first editions of her many books. They also have some of the clothes worn by actress Joan Hickson in her adaptations of Agatha’s books, where she played the famous detective, Miss Marple.

The Imperial Hotel in Torquay, another large hotel in the town, is featured in the first chapter of the novel, Peril at End House. In its time, the hotel was grand and Agatha is likely to have attended social events here. It seems to have held a degree of interest for her, as it was also the setting for the last chapter of Sleeping Murder, which was also the last mystery 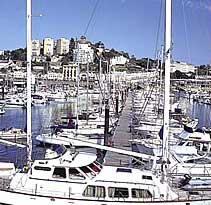 There are many more fascinating Agatha Christie sites to enjoy on a tour of Torquay, and fans of her suspenseful crime fictions will enjoy spotting memorable places and learning more about the landmarks and people that influenced this talented, highly productive writer.