Koblenz, Germany is perfectly situated to be the beginning or the end to a cruise on the Rhine River. You can easily spend three days or more checking out the great fortresses and castles in the area, the churches that 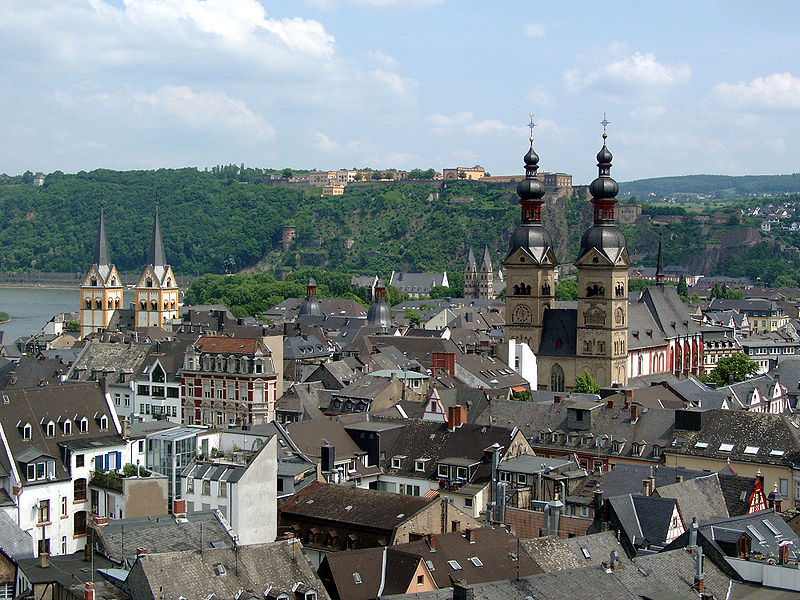 defined the city for many a century, and the dozens of Weinstuben that serve the local Riesling up slightly chilled along with hearty local dishes.

The city was founded more than 2000 years ago by a scion of the old Roman Imperial family, Nero Claudius Drusus, as a forward base for his many incursions across the Rhine to battle the German tribes threatening Gaul. The city’s name comes from the Latin confluentes which referred to the strategic location at the confluence of the Mosel and Rhine rivers.

Subsequent rulers — Trier electors, German Emperors, French Revolutionaries and Russian Imperial troops — either brought down or rebuilt the fortifications that made Koblenz a vital possession if one were to control the 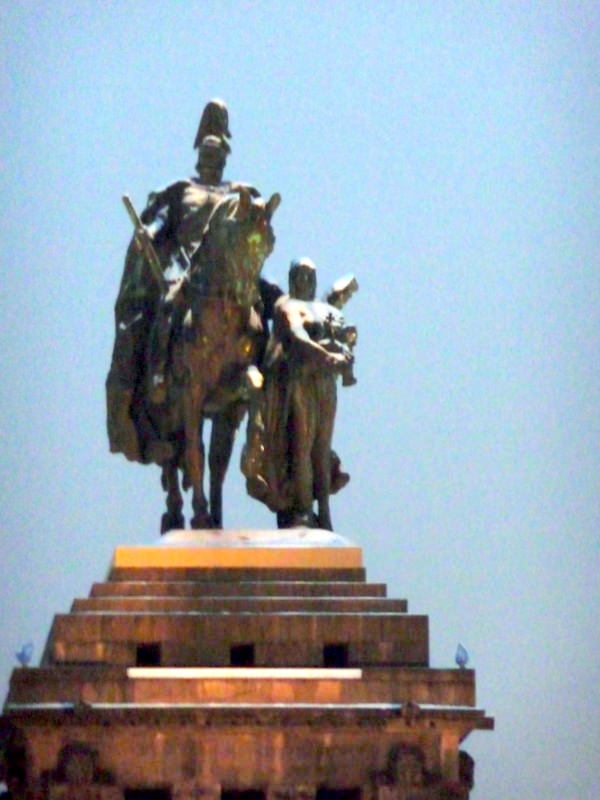 Rhine River Valley. The most famous of these fortresses is Festung Ehrenbreitstein, which overlooks the city from the far bank. The fortress is in great condition and is a must-see for any visitor (the fortress houses a museum as well as the best youth hostel in town.)

The fortress also provides a great view of the Deutsches Eck (German Corner), a controversial plot of land first settled by Teutonic Knights which slowly developed into a symbol of German nationalism. The monument that stands there today is a replica of one that was first built in the late 19th century of the German Emperor William I. The French and the Americans both had issues with the monument, but in modern times the German Corner has come to signify German unity as opposed to German aggression.

The “peaceful” monuments of the city are the three great houses of worship, the Floriankirche (12th century), the Liebfrauenkirche (15th century) and venerable St. Kastor (9th to 12th century), site of the famous fountain commemorating Napoleon’s defeat in Russia.

But if you are here in Koblenz, then you have to follow the lead of the first Romans who came here and focus on the rivers that define the town. 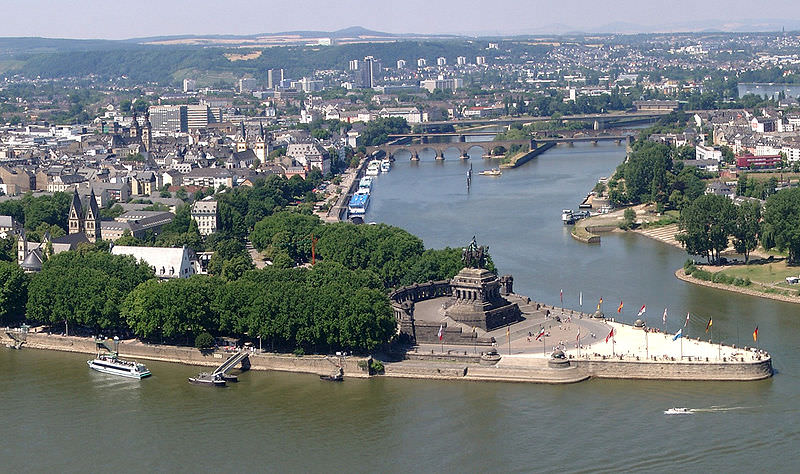 The Rhinegau (Rhine Gorge) is a UNESCO World Heritage site and stretched south for more than 60km to the town of Rudesheim. You can drive, walk, run or float south checking out the many castles, wineries and picturesque little towns along the way, with Koblenz as your starting (or ending) point.

There are two bridges worth checking out in the area as well: the 14th century Old Mosel Bridge near the great little town of Luetzel and the railway bridge that connects Koblenz with Cologne, just a few miles south of 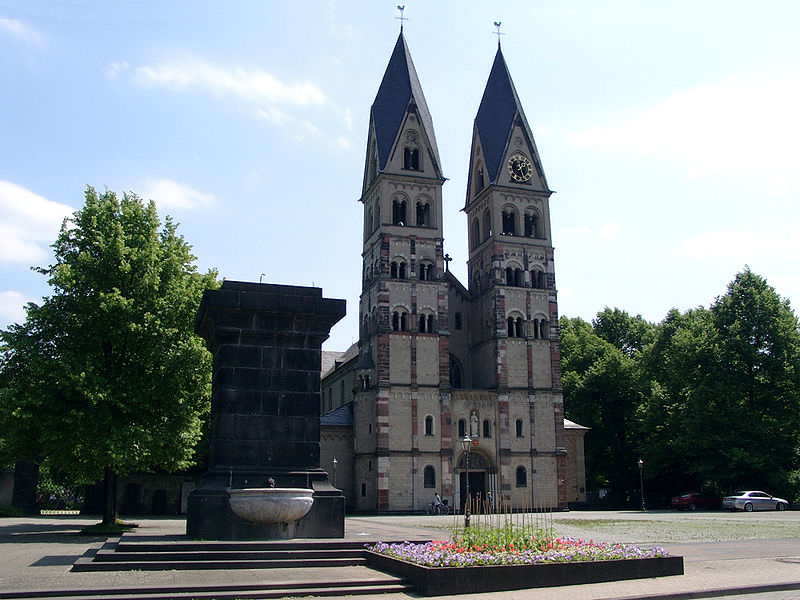 town. There is also the old Roman bridge in town, the remains of which are still visible.

Koblenz, like all other river towns in Germany, utilizes the riverfront for their Kirmes, or Carneval. In Koblenz they call it, “Rhine in Flames,” referring to the great amount of fireworks the city puts into the effort and it happens every year in mid-August.

There are many choices of places to stay in Koblenz, including two campsites: the Rhine-Mosel Campsite (0261/82719) and the Moselbogen as well as some great hotels and B&Bs.

Hotel Brenner has a reputation for excellent, friendly service and home run breakfasts, and the Hotel Garni Reinhard is run by a fun couple, lending a personal touch to your stay.

For a removed, peaceful stay outside of the city, try the Arenberg Monastery where you can experience “spiritual healing” along with your breakfast.