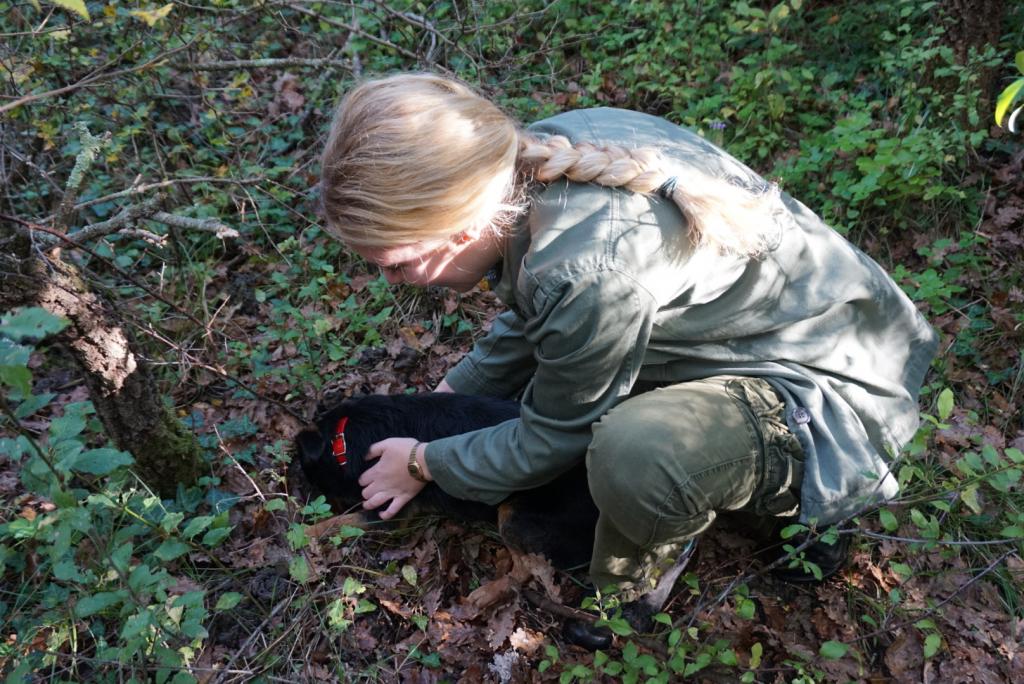 On the Hunt in Croatia’s Truffle Region

There’s no mistaking when Mel picks up the scent. In a flash, the year-old black terrier scurries over to a small oak tree and begins furiously pawing at its base, her tail wagging excitedly. “Dobre, dobre!” Mel’s owner Višnja yells in Croatian. “Good, good.”

Here’s where it gets tricky. Crouching low to the ground, Višnja begins to slowly unearth what Mel has detected buried among the tree’s roots. She has to be careful, though. Even the slightest scratch can render their find worthless — costing hundreds, if not thousands of dollars.

Eventually, Višnja emerges to show off what we’ve all come looking for: a white Croatian truffle. It’s covered in dirt, smells like mold, and is slightly large than a quarter. But this subterranean fungus is the diamond of the culinary world. 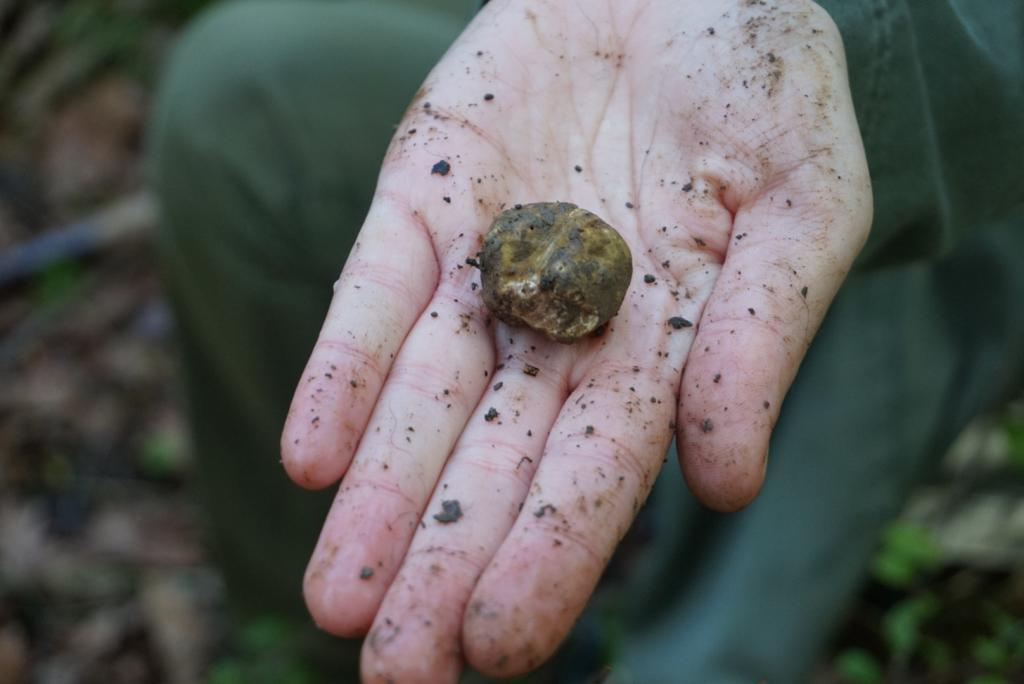 I’m in Istria, a Croatian peninsula at the north end of the Adriatic Sea and the center of the country’s truffle industry. It’s here where I meet Višnja Prodan, a third-generation truffle hunter. As we spend the morning searching for truffles, she teaches me the ins-and-outs of one of the region’s most beloved foods. And, like everyone else I meet in the country, she treats me to an incredible feast.

Croatia isn’t a place you’d typically associate with this rare delicacy. Truffles have long been the near-exclusive domain of Piedmont, in neighboring Italy. It’s said that truffles began to grow after the Roman god Jupiter threw a lightning bolt at an oak tree. Jupiter’s sexual prowess is even said to have given them their aphrodisiac quality.

There are four types of truffles. The rarest one — the white truffle — is only in season a few months of the year, and only in a few places on Earth. Not surprisingly, it sells for top dollar and can make even the world’s most renowned chefs salivate.

The truth is, Croatian truffles rival their more famous Italian cousins, both in quality and taste. They just don’t have the same prestige. That’s why Italian hunters have been known to buy Croatian truffles and sell them as their own, at an inflated price. 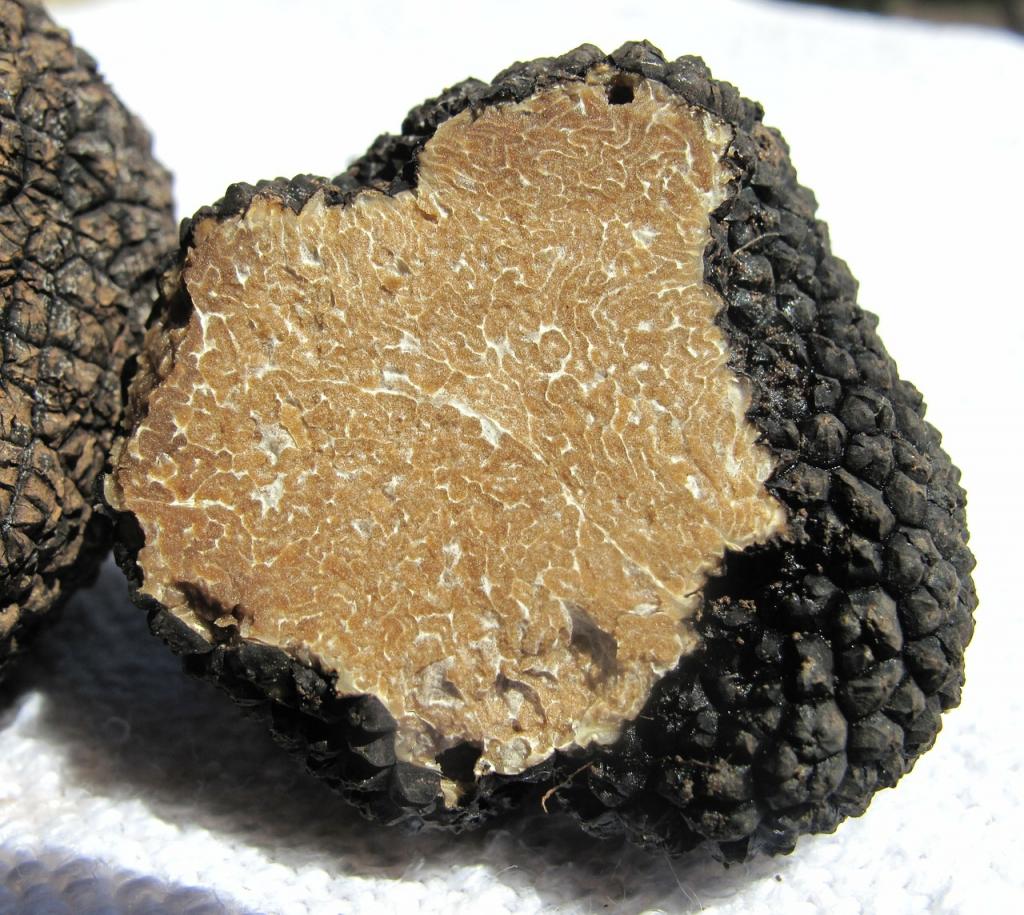 Truffle Hunting is a Way of Life

Višnja should know. While out on our hunt, she tells me that her grandfather Ivan was one of the first people to discover Croatia’s truffle bounty 65 years ago. At first, he didn’t realize the significance of what he had uncovered and began feeding them to his pigs. Višnja laughs and says that he originally thought they were “smelly potatoes.”

Ivan eventually caught on, and today his legacy has translated into a global business. Prodan Tartufi, Višnja’s family company, hunts and ships Croatian truffles to top restaurants across the globe. They’re one of only a handful of local truffle hunting families that purchase directly from Croatia’s 2,000 registered hunters. They also give truffle hunting tours to visiting foodies.

Višnja represents the next generation of Croatia’s truffle hunters. She’s young — only 27 — well-educated and environmentally aware. She tells me that she left behind a career in mechanical engineering to join the family business. As we wrap up our hike in the gorgeous Croatian countryside, breathing in the fresh air under the warm morning sun, it’s not hard to see why. 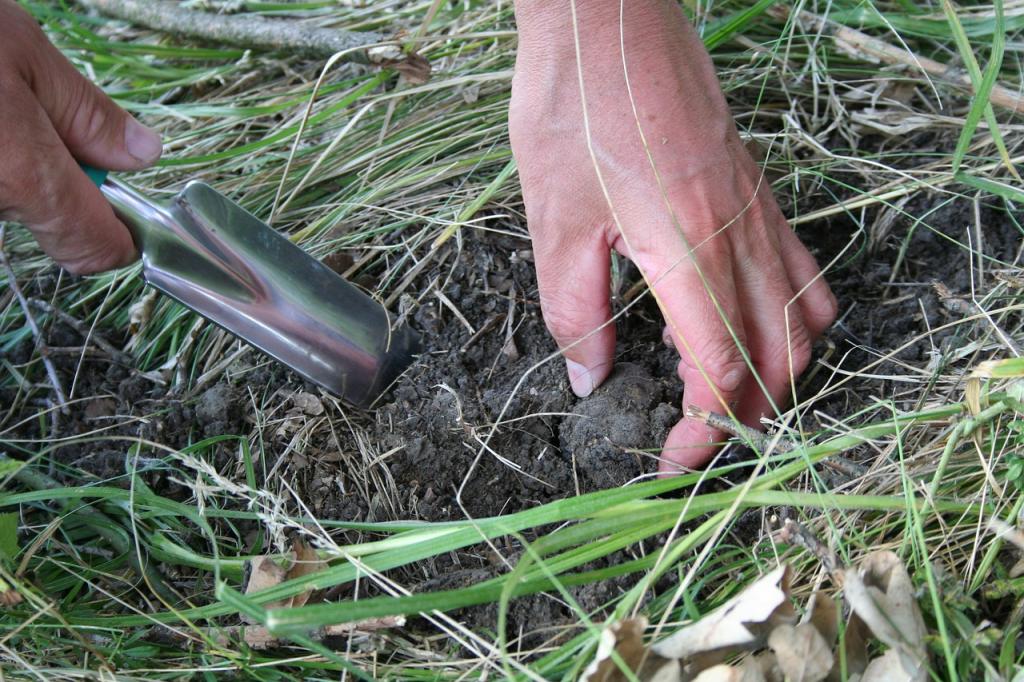 But while Višnja may be a modern hunter, she still has to navigate the old and — at times — complicated relationship with her Italian counterparts. This year has been particularly challenging. A lengthy drought in Italy crippled the Italian harvest. To meet demand, Višnja says that Italian hunters have been crossing the border and bribing local hunters for their truffles, undercutting her supply.

It can’t be easy to watch Croatian truffles sold off as Italian, fetching nearly double what Višnja would earn for them. While prices fluctuate daily, during my visit Croatia’s white truffles are selling on the global market for 3,500 euros per kilo ($4,100 USD). Thanks to the drought and the prestige of Italian origin, those same truffles sold in Italy have reached an all-time high of 6,000 euros per kilo.

Still, Višnja doesn’t begrudge the Italian Truffle hunters. She recalls that without their business in the early days of her country’s hunt — back when her grandfather was hunting and selling — the Croatian truffle industry may never have gotten off the ground.

“Without them, the whole thing wouldn’t have started in Istria,” she says. “We’d still be feeding them to the pigs.” 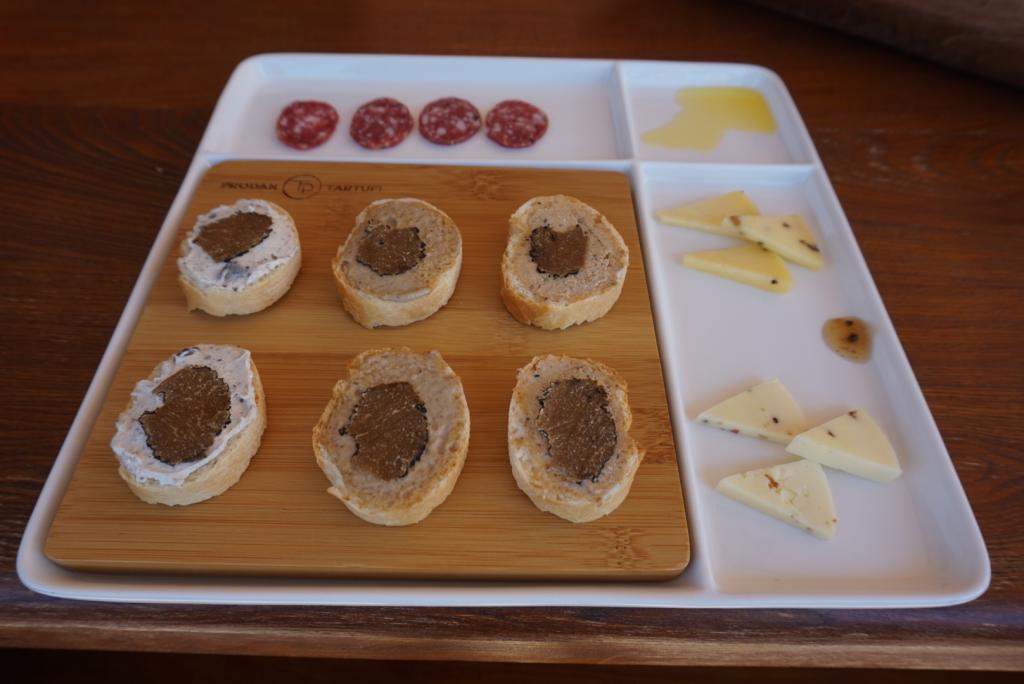 Indulging in a Truffle Feast

The deep earthy taste and pungent smell are sure to turn off some diners. But our meal is a feast. The truffles give every course an unmistakable fresh taste. Knowing they grew under the very ground where we sit makes the breakfast extra special. 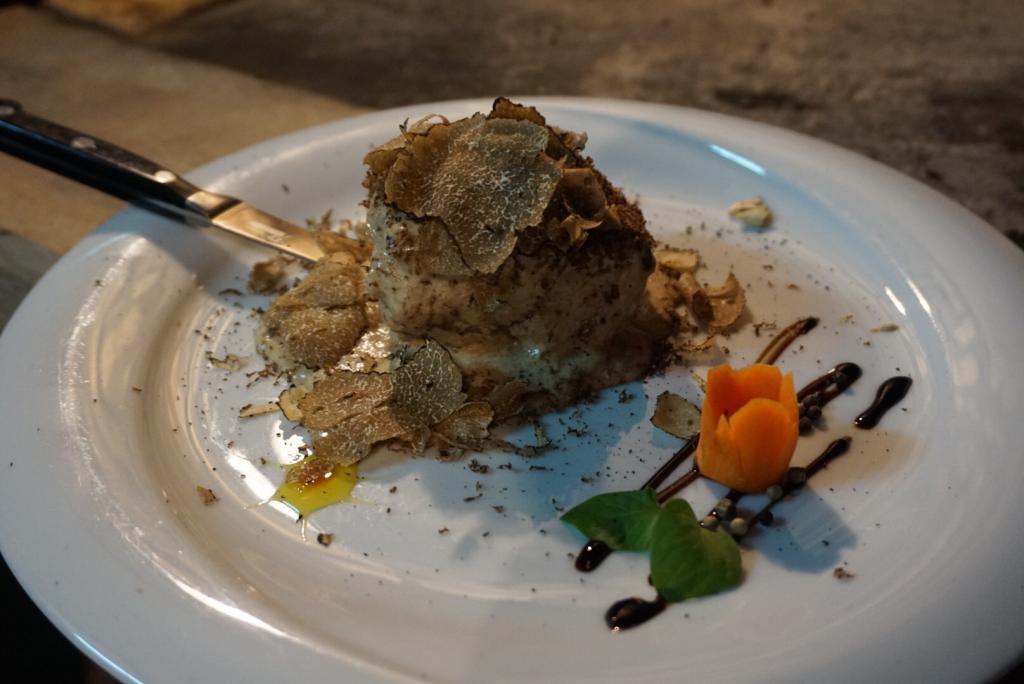 And it’s that accessibility that sets Croatia’s truffle region apart. While there’s an air of snobbery around Italian white truffles, in Istria they are a delicacy that everyone can enjoy. Later in my visit, I sit down to a dinner of steak and white truffle shavings, which sets my local host back a reasonable 30 euros. I can’t imagine that being possible in Piedmont.

So yes, the taste of white truffles isn’t for everyone. But in Croatia, thanks to people like Višnja, the experience of truffle hunting — and the chance to sample one of the world’s most sought-after foods — certainly is.

On the Hunt in Croatia’s Truffle Region was written by Chris Mallinos. He is an Ottawa-based writer. He can be reached at chrismallinos.com. His experience was hosted by the local tourism office. 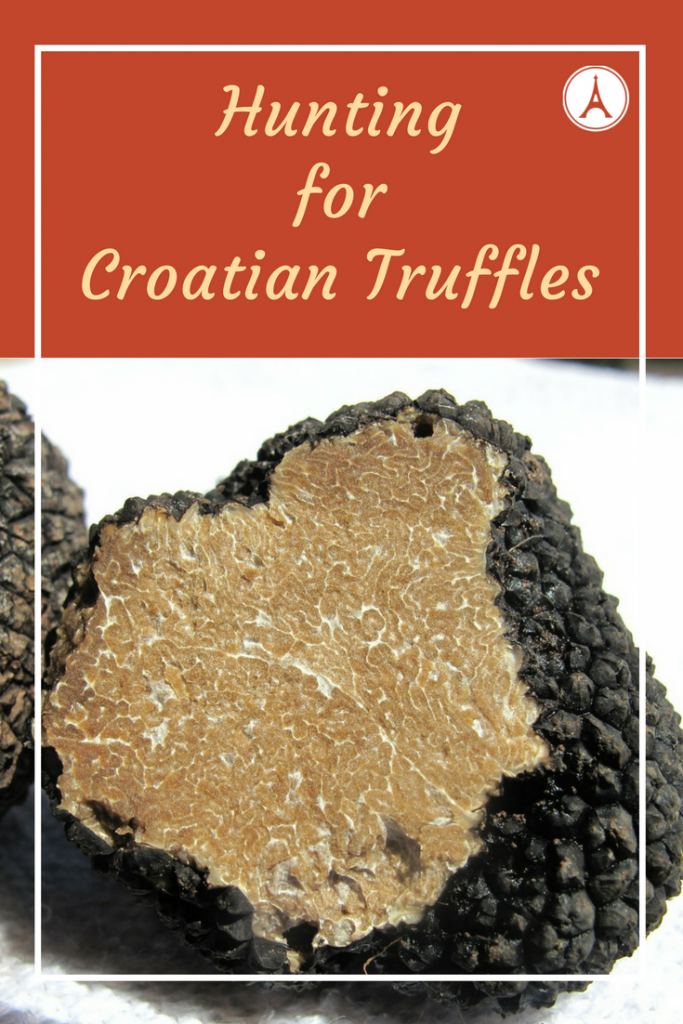 There are four types of truffles. The rarest one — the white truffle — is only in season a few months of the year, and only in a few places on Earth. Not surprisingly, it sells for top dollar and can make even the world’s most renowned chefs salivate.

I don't really like them:) but they're great!and expensive:)