Hungarian cuisine merges flavorful spices, such as paprika, with hearty stews and meat dishes, and a trip to Hungary wouldn’t be complete without sampling one of the country’s national dishes, Goulash Soup. Perhaps surprisingly, a lot of controversy surrounds goulash, and the definition of goulash changes depending on which Eastern European country you’re in. To find out why so many people are arguing over a mix of potatoes, beef, and sweet paprika—as well as to get my hands on a traditional goulash soup recipe straight from the source—I contacted The Chefparade Cooking School, which offers cooking class to travelers in Budapest. 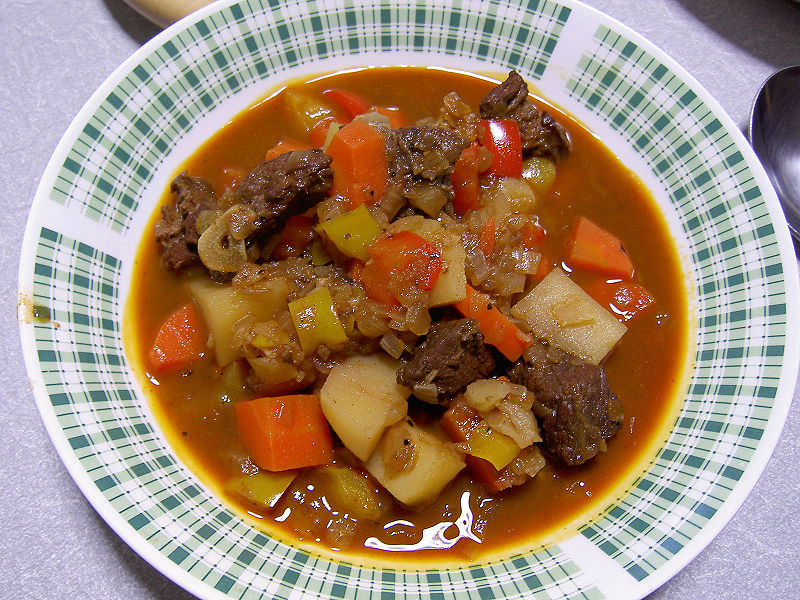 Goulash Soup features a hefty dose of sweet paprika powder—a spice that remains in the back of many American spice racks. “Hungary’s flat countryside, good soil, and strong sun create a flavorful paprika that cannot be duplicated,” explains Lilla Lekrinszki, who works at Chefparade Cooking School. Hungary also has several types of dried paprika—from spicy to sweet—and each has its own use. All dried paprikas are made from dried peppers, such as bell peppers and chili peppers, and sweet dried paprika, even though brilliant red, is not spicy. On the other hand, spicy dried paprika puts the devil in deviled eggs. 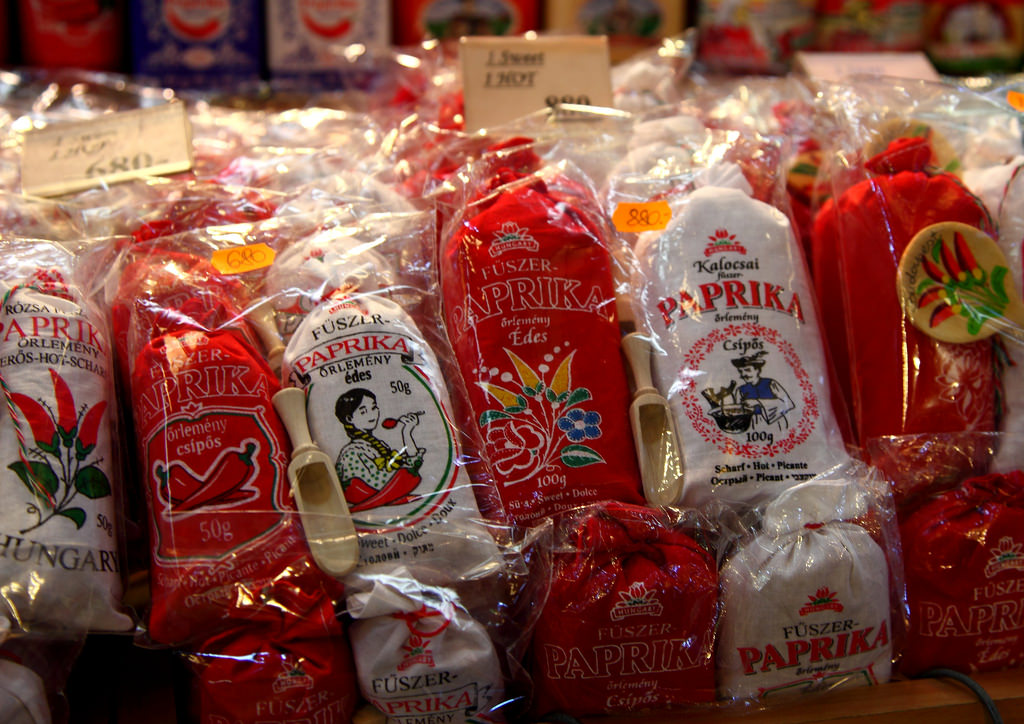 To make things easy, Lilla offers encouraging advice. “The only thing you must know about paprika is whether it’s spicy or not and whether the dish you’re making should be spicy or not.” That being said, Chefparade’s Goulash Soup recipe calls for sweet paprika, which is sold in most U.S. grocery stores under the name Hungarian Paprika. 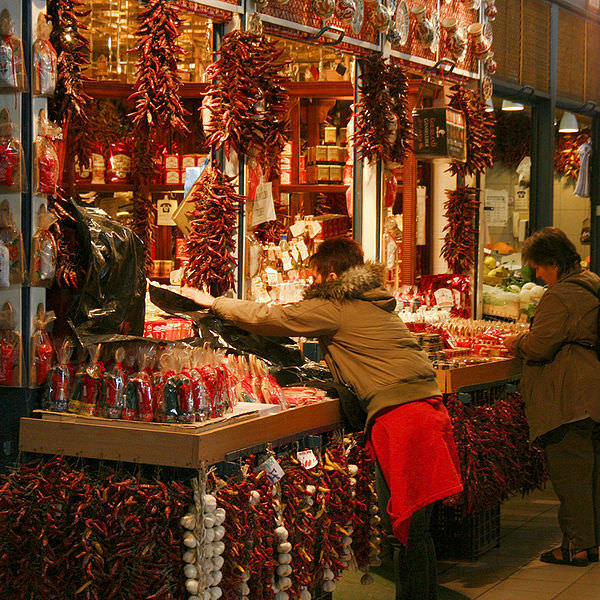 As Lilla and I continued our correspondence, she told me a story about a woman who had Hungarian ancestors and who took a Chefparade cooking class. “This woman had a grandmother who was Hungarian and who used to make zöldbab fozelék (a string bean stew),” says Lilla. “When her grandmother passed away, the woman never ate zöldbab fozelék again. We helped her to recreate the dish, and when she took a bite she couldn’t contain her tears. She just said, ‘Thank you! You took me back to my grandmother for a while!’ I think that’s what we can give to people; not only delicious food but sometimes nice memories from the past or unforgettable experiences for the future.” 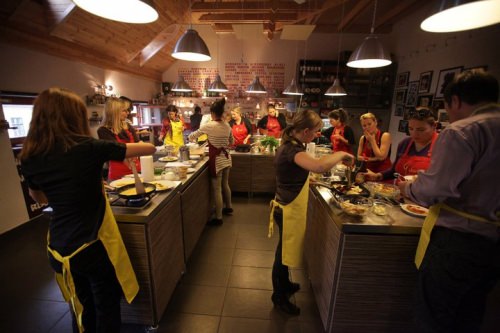 Technically, I don’t have any Hungarian ancestors that I know of, but culinary tourism classes always let me feel like a local.

Lilla went on to share her opinion on what true goulash should be. “Hungarian goulash, known as Gulyás-leves, is a soup with a broth, whereas other countries make a stew-like goulash. Our goulash is liquidy rather than saucy, and we usually eat it with bread as a main dish.” She offered a great tip to travelers, too. She explained that the word paprika is used to mean peppercorns, fresh chilis, and bell peppers—you can even get pickled paprika on a sandwich and roasted paprika on a salad. So, when traveling, make sure you don’t order freshly ground pickled paprika on your salad. Then again, that might be delicious! 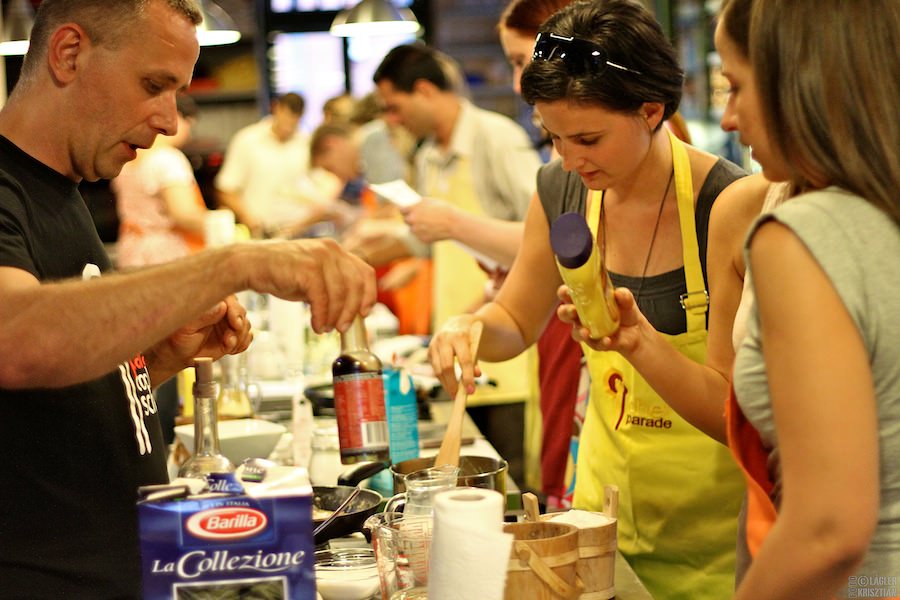 For true food geeks, here are a few more tips, furnished by Chefparade Cooking School, for cooking with paprika: First, note that sweet paprika contains some sugar, and it will caramelize if exposed to heat for too long while cooking. This makes it bitter. Also, Paprika has a flour-like consistency, and it can be used as a thickener, e.g. in a roux. Finally, there’s no one way to use paprika, and, just like seasoning a dish with salt and pepper, seasoning with paprika is up to one’s own tastes!

Written by Mattie Bamman, The Ravenous Traveler,  for EuropeUpClose.com

Raymond @ Man On The Lam

Yum! Thanks for the recipe and info on paprika. Very useful.

Thanks, Raymond. It's great talking with and learning from such talented chefs. And to learn about Hungarian paprika straight from the source!