The names of the streets, the monuments, the statues, everything in Ajaccio, Corsica evokes the memory of Napoleon Bonaparte. Furthermore, a few kilometers outside of Ajaccio, you may discover sites where Napoleon lived or passed by. One of the best ways to explore them is by car. 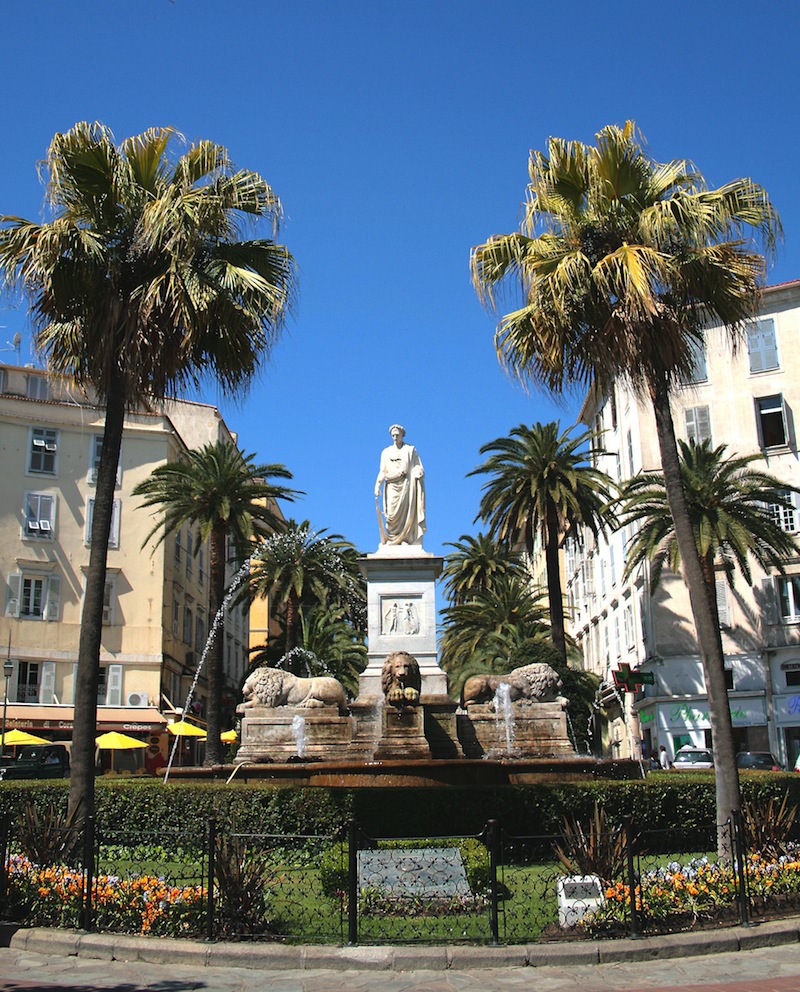 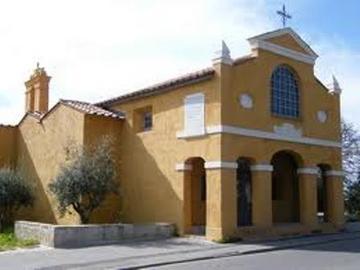 On your way to the beaches that border the route des Sanguinaires, you will see a modest, baroque-style church. Built in the 17th century, la Chapelle evokes the Greek community that found refuge in Ajaccio, Corsica before settling in Cargese. The young Napoleon often passed this chapel on his walks with his elder brother. A commemorative plaque on the wall gives a quotation from the memoirs of Joseph Bonaparte: ‘Our daily walks with Napoleon went beyond the Chapelle des Grecs along a coast as beautiful as that beside the Gulf of Naples, in countryside heavy with the scent of myrtles and orange trees. Sometimes we did not return until nightfall’. If you happen to be in the area at or around sunset, you may want to drive 14 extra kilometers up to the Parata point. The view of the gulf and the Sanguinaires Islands – named after the red color that they take on at sunset, is intoxicatingly beautiful. 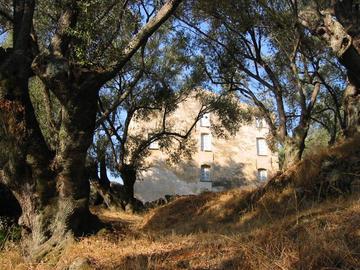 On the road to Alata, towering over the Gulf of Ajaccio, stands ‘les Milelli,’ the Bonaparte’s family villa. Every summer, the Bonapartes found refuge from the heat in the four-story house. With its olive groves, the property constituted one of the principal sources of income for the family. Napoleon remained attached to the family house, an ideal place of retreat. After every one of his returns to Corsica, he withdrew to the villa. In 1799, upon coming back from Egypt, he spent two days in the house with his close aides. This would be his last stay. Today the house is empty and closed to visitors. However, the beauty of the countryside makes the site perfect for reverie. 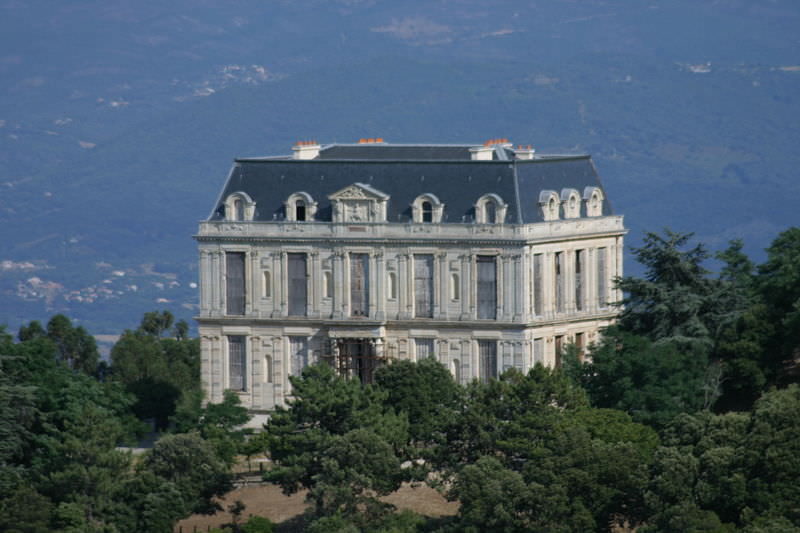 If you continue your journey along Alata, you will find the ‘second half’ of the Palais des Tuileries. The Château de La Punta’s extraordinary history started in 1871, after les Tuileries burnt down. All that remained from the palace were the external walls. The Pozzo di Borgo family, descendants of Napoleon’s enemy, Charles-André, bought most of the stonework to build a château on their land in Alata. In 1891, the stones that had witnessed kings and emperors were transported by rail to Marseille and then by boat to Ajaccio. The Château de la Punta’s architecture was inspired by the west façade of the Bullant Pavilion and built with original materials. Furthermore, most of the facades are decorated with friezes, door moldings, fluted pilasters and columns that once belonged to the palace. Ironically, a series of blazes damaged the château. Only the walls remain. Efforts to restore the monument and open it to the public are underway. Until then, history buffs may appreciate touring the royal walls that have survived countless histories.

Where to stay in Ajaccio

Hotel Demeure Les Mouettes (4 star)
Only a few minutes away from downtown, the 19th century former villa offers an oasis of tranquility. Overlooking the Golfe D’Ajaccio and surrounded by century-old palm trees and eucalyptuses, it also has its own private beach. Paradise does exist! 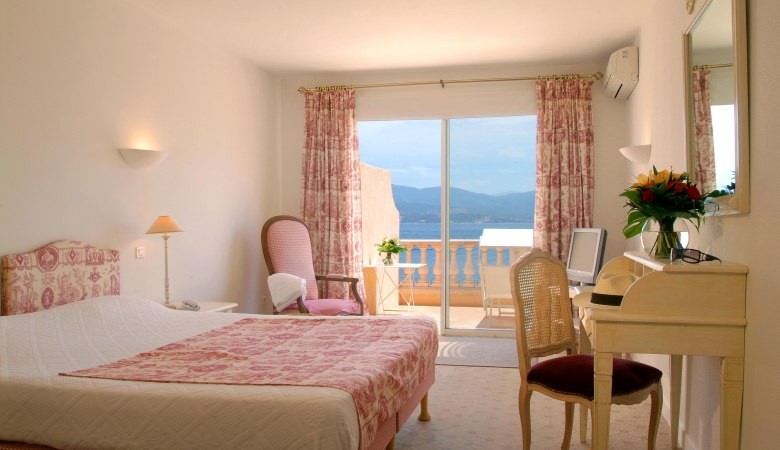 Carpe Diem Palazzu (3 stars)
The Carpe Diem Palazzu is equipped with a range of premium facilities, such as a jacuzzi and a Turkish steam bath, as well as a heated pool. The hotel’s restaurant is open for lunch and dinner and serves seafood specialties that will delight your palate.

Hôtel Stella di Mare (2 stars) de Tourisme
Seven kilometers away from Ajaccio and facing the Iles Sanguinaires, you will find a cozy hotel, right by the beach. The key word here is relaxation. 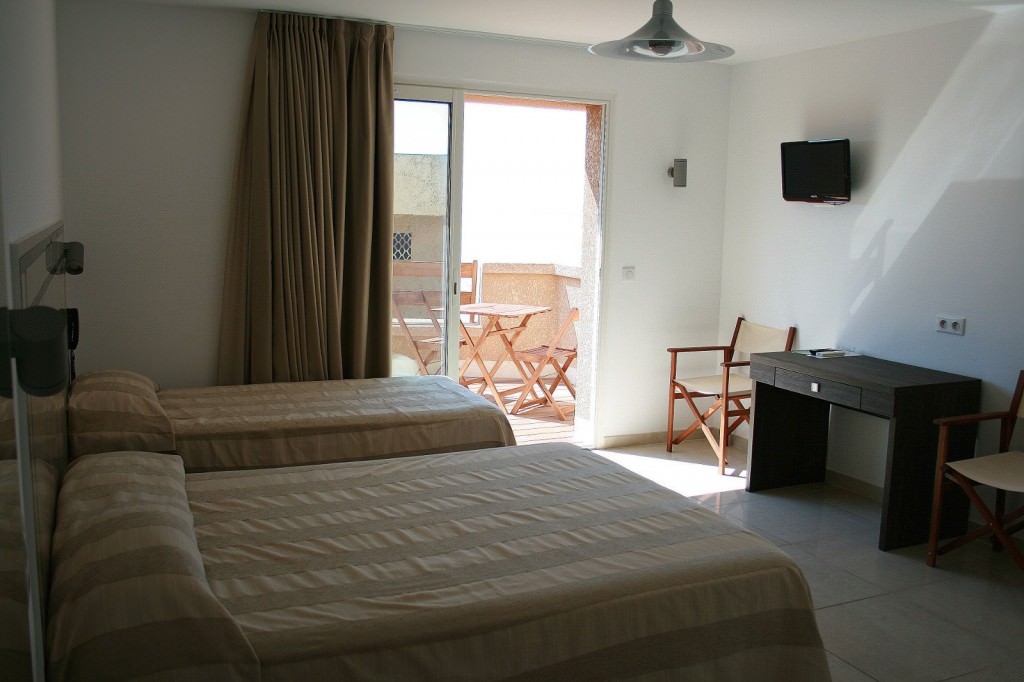 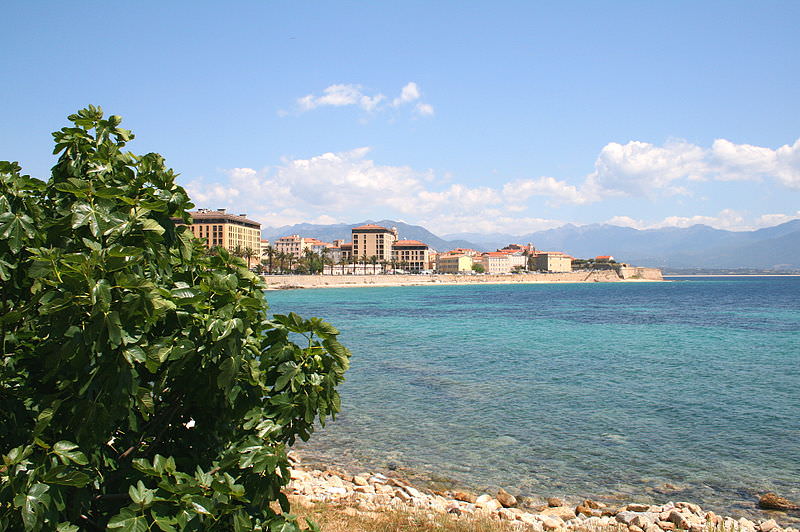