Onboard Viking Odin, I left the Port of Amsterdam and cruised north to the fishing village of Volendam. I was lucky enough to have the experience thanks to Viking River Cruise, who had invited EuropeUpClose.com on a three-day mini cruise after the christening of their new longships. My cruise companions and I would visit Volendam, Kinderdijk (Holland’s famous windmill area), and Rotterdam. 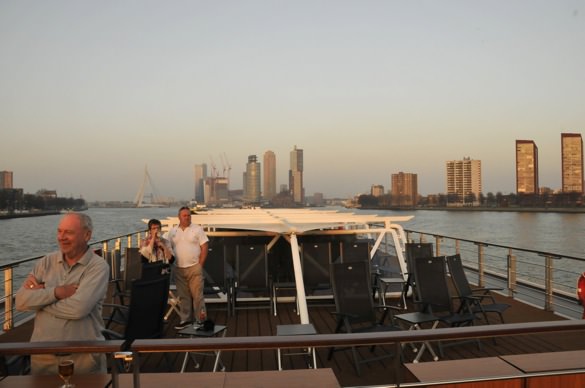 Each of the sublime museums, exotic drinks, innovative meals, and iconic sights that I experienced could warrant its own article. Viking offered multiple tour options in each city, and my companions and I could pick and choose according to personal interests. In one night alone, Viking offered three optional after-dinner tours: the Heineken beer museum, the House of Bols distillery and museum, and Amsterdam’s Red Light District. I chose the House of Bols, and our group was given a special, guided tour (the museum is usually a self-guided experience) followed by unlimited cocktails at the Bols bar. In Rotterdam, we were given the choice of four daytime excursions: the birthplace of Van Gogh, the architecture of Rotterdam, The Hague and the Mauritshuls art museum, and the Delft pottery factory. Of course, travelers were also given the choice of visiting Rotterdam unguided. 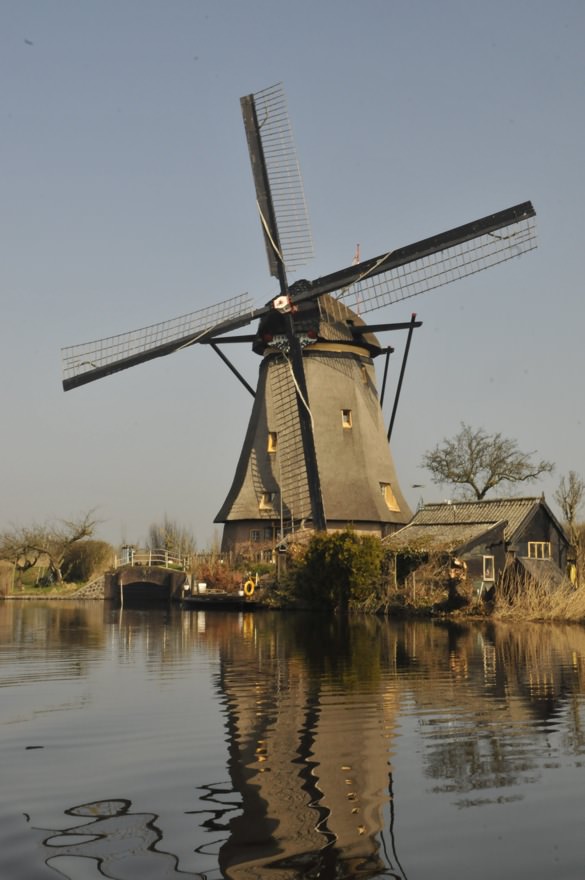 With each Viking excursion, I had stumbled upon something unique and personal. Wandering and discovering are my two favorite aspects of travel, and the group tours had a personalized atmosphere. On the excursion to the Van Gogh museum, for example, five art historians led us through the museum in groups of six. Thanks to the caliber of the tour guides chosen by Viking and the small group-size, I left the museum with a uniquely in-depth understanding of Van Gogh—everything from his mental anguish to his brushstroke technique and his single, most pivotal painting. 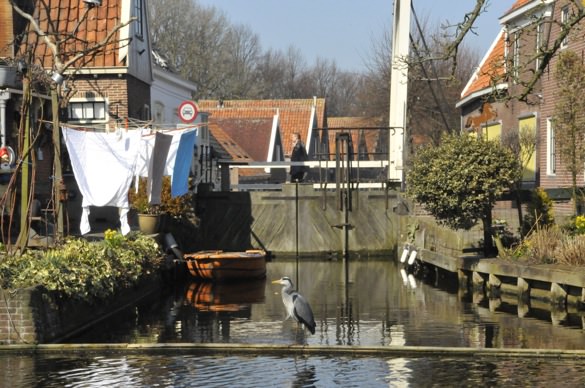 Another personal experience for which I can only thank Viking was the discovery of pesto cheese. The famous, cheese-making town of Edam is quiet and dissected by canals. Viking took us for a stroll along its streets and then to a reputable cheese shop. The shop sold aged goat cheese, smoked Gouda, cheese seasoned with fenugreek, and, my favorite, pesto cheese. Viking brought other local delicacies straight to its passengers as well, from samples of Volendam’s famous herring proffered by mirthful ladies in traditional Dutch costume to the traditional Norwegian kransekake dessert, which was flown straight from a bakery in Norway. 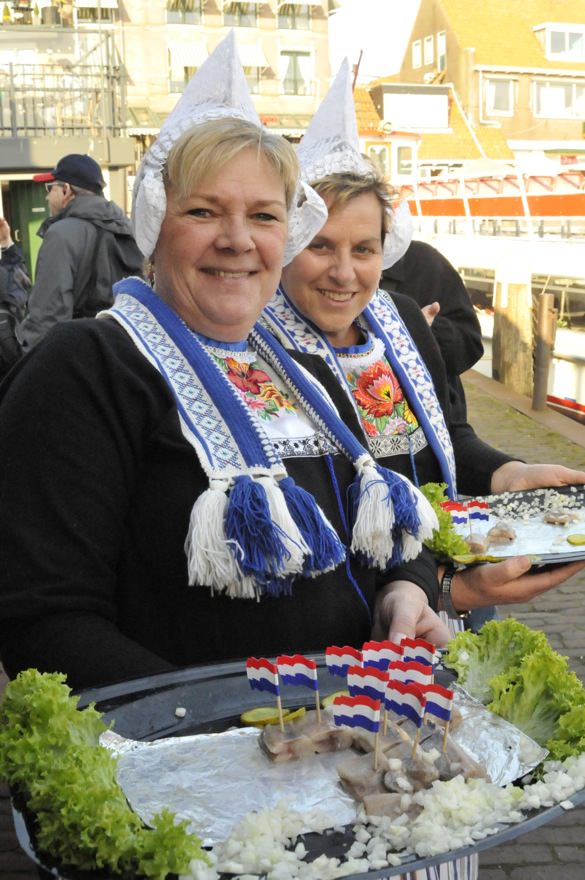 The majority of the meals I had on Odin were excellent. I was happy to see regional cuisine featured at each destination—everything from regional ingredients and traditional dishes to local beer and wine. The first afternoon, I had roast beef with Béarnaise sauce, and, though the Béarnaise had too much lemon, the beef couldn’t have been more perfectly cooked. For dinner that evening, I began with Spekeskinke, an appetizer of pickles and cured ham served on flatbread with sour cream on the side. The prosciutto-like ham was tender, and the unique combination of pickle, sour cream, and cured meat immediately connect me the northern part of The Netherlands. During the main course, my dining companions raved about the reindeer filets, but I felt no envy after my own dish: Classic Steamed Norwegian White Halibut. The fish was cooked well, and each of the dish’s components added or highlighted a different flavor, from the dill potatoes to the ginger baked carrots, and the sandefjord butter sauce was the thread binding it all together. 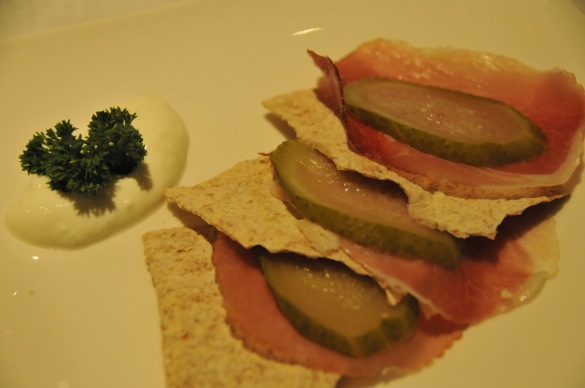 The next afternoon, Viking offered an excursion that included Restaurant De Kas. This restaurant grows all of its own produce in an adjacent greenhouse, and every vegetable and fruit is freshly picked. Viking chose a top-notch restaurant, and everything from the sunny dining room to the knowledgeable wait staff was a hit. My favorite dish was Poulet Noir, a dish of black chicken au jus with pan-fried Jerusalem artichoke served with grilled polenta cake and topped with micro chervil. The freshness of the chervil put me in a springtime mood, and I’ll never forget its greenness and freshness. 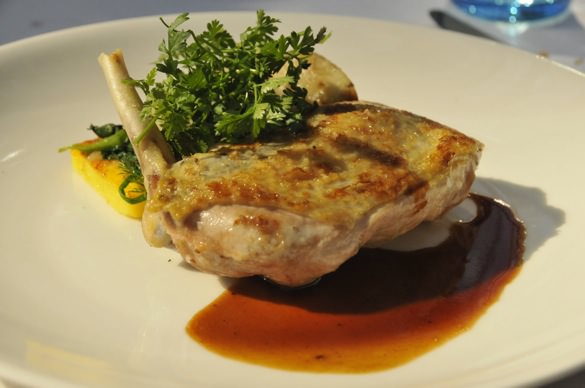 Other exceptional meals onboard Odin included a lunchtime dish of roasted turkey medallions served with red wine risotto and grilled vegetables. Anyone can cook a filet mignon and make it taste good, but it takes a true chef to make uncommon meats ring with flavor. The turkey was tender on the inside and crisp on the outside. The risotto was slightly stiff and the grains of rice were tender. It had a nice sweetness that complimented the turkey and grilled vegetables. Other highlights orchestrated by Executive Chef Karl Heinz onboard Odin include the North Sea Prawn Cocktail, the Pan Roasted Chicken Breast served with rosemary gravy, and the dessert, Cream with Forest Berries. The onboard menu changed daily, and I also got to sample eight different wines in four nights. 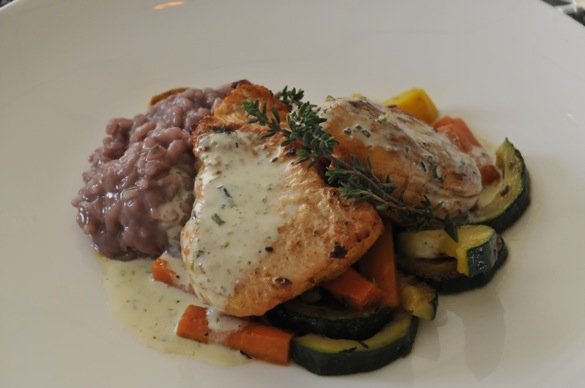 On the last night of the cruise, I went to the top deck and watched the delta-like branches of the passing trees make silhouettes against the night sky. Rivers have guided travelers through Europe for over two millennia, and all of Europe’s great cities grew up alongside rivers. It’s hard to think of a European city that I love that isn’t either coastal or located on a river, and Viking River Cruises offers tours of the Danube, Rhine, Seine, Rhone, and Douro, as well as tours through Russia, Ukraine, Egypt, and China. Most important for world travelers, the new ships show that Viking is able to offer competitive prices while upgrading the standard of luxury in riverboat cruising. This is an exciting, new way of touring the world.

On my bucket list. I think I have already said that before. Drooling at the food pics!

Beautifully written once again and your descriptions of your epicurean delights are mouthwatering!  Thank goodness I shared in many of your adventures otherwise the wanderlust and tantalizing tasty descriptions would be driving me mad.