A visit to Anne Hathaway’s cottage near Stratford-upon-Avon is a delightful way to spend an afternoon. In the spacious drawing room of Anne Hathaway’s Cottage is a large, carved, wooden chair. It’s known as the ‘courting chair’ because it is said this is where the young William Shakespeare sat while visiting and courting his future bride, Anne. 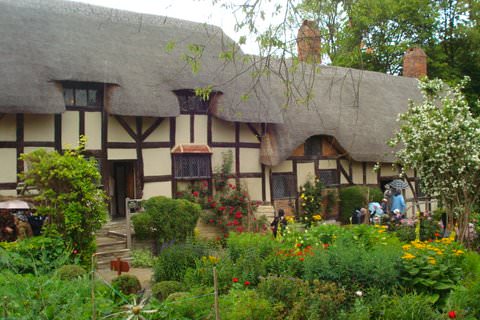 The childhood home of Anne Hathaway is situated one mile (1.5 km) west of Stratford-upon-Avon. Click here for accommodations in Stratford upon Avon. The ‘cottage’ is actually a spacious twelve-room Elizabethan farmhouse surrounded by a typical English country garden. In Shakespeare’s day it was known as Newlands, a thriving farm with more than ninety acres (36 hectares). It is thatch-roofed and built with timber framing, traditional Tudor style architecture. The lower part of the house was built in the early 1460’s and several extensions were made over the years. It remained in the Hathaway family until 1892. 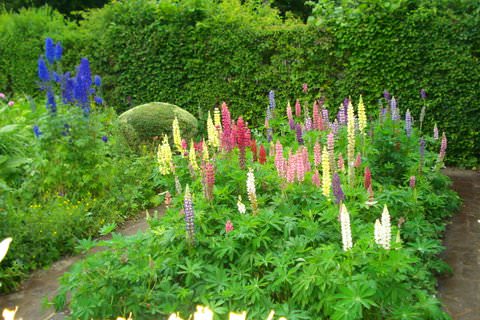 The house is furnished with many of the original items that belonged to the Hathaway family including a Tudor style bed from Anne’s time. In Shakespeare’s time, the beds of prosperous citizens were sometimes equivalent in value to a small house. In Elizabethan custom, the best bed in the house was reserved for guests. I couldn’t help but wonder, considering the ‘scandal’ surrounding Will’s marriage to Anne, if he had slept in it! 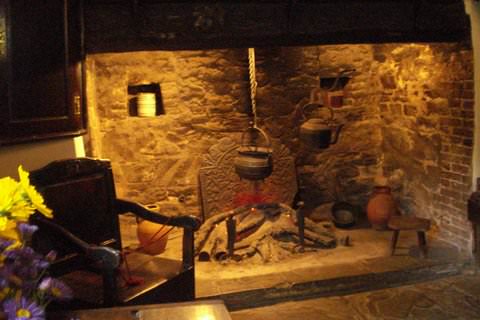 Anne Hathaway grew up in this thatch-roofed farmhouse in the small village of Shottery, near Stratford-upon-Avon, Warwickshire, England. Her father was a successful yeoman farmer and when he died in September 1581 he left Anne a sum of money to be paid ‘on the day of her marriage’. She married Shakespeare on November 1582 and gave birth to her first child six months later. 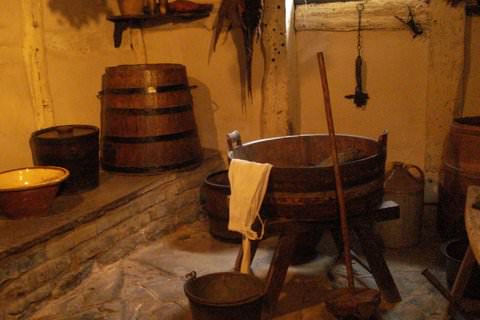 Anne was 26 at the time of her marriage to Shakespeare. He was just 18 and had few prospects to offer as his family had fallen into financial ruin while Anne’s family was in good standing socially and financially. Although there is no real evidence that this was a forced wedding, Anne was pregnant at the time and, reputedly, Shakespeare was involved with and promised to marry another woman. So rumours persisted that he was forced by the Hathaway family to marry Anne. Some historians insist that because of this, Shakespeare loathed his wife and his unhappy marriage spurred his decision to leave Stratford and pursue a career in the theatre. 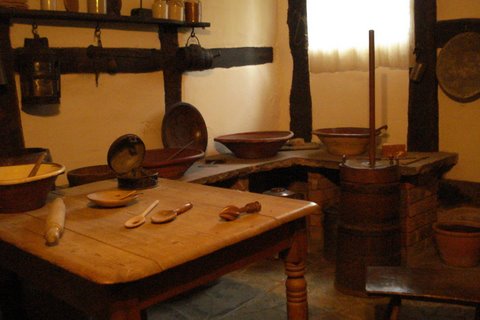 Two years after the birth of her first child, Anne gave birth to twins. Although there is no documentation that the marriage was acrimonious, for most of their married life Shakespeare lived in London where he wrote and performed his plays. When he retired in 1613 he returned to live in Stratford with Anne Hathaway. She died August 1623 at age 67, outliving her husband by seven years. She is interred next to him in the Church of the Holy Trinity, Stratford-upon-Avon. 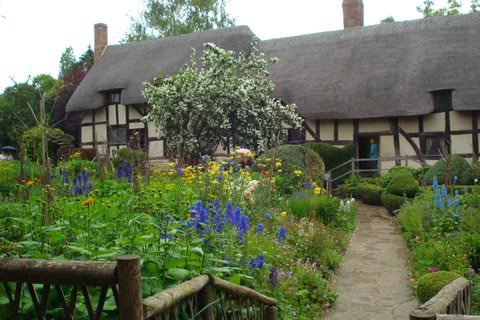 A tour of the house gives you a glimpse of early Tudor life, although the cottage has undergone some alterations over the years. In 1969 it was badly damaged by fire, and subsequently restored by the National Trust. It is now open to visitors as a museum. After your tour through the house you can spend some time in the lovely garden where bees and butterflies flitter among the myriad of flowers.

More information on the Cottage and tours.

Stratford-Upon-Avon is such a beautiful area.It is one of my favourite places in the UK along with Bath.