It was on an icy, bright June evening that I reached Bergen, Norway’s second largest city. As I got off the ferry, pulling my suitcase behind me, the midnight sun greeted me, as did a row of intriguing colourful old buildings on the other side of the Bergen harbour. I had spent enough time pouring through guidebooks to know that this was Bryggen, a medieval district, ancient and full of character. I couldn’t wait to explore these ancient structures and alleyways. 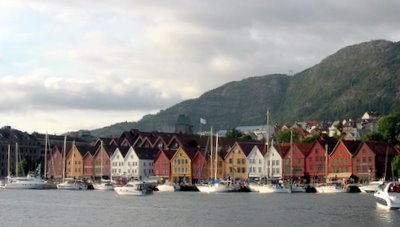 Bryggen from the sea

Bryggen is the heart of Bergen. It comprises sixty-two protected wooden buildings and is a UNESCO World Heritage Site. Over the past 900 years, this Bryggen harbour district – on numerous occasions – burned down, was rebuilt, and then flourished again. The hours simply sliped away as I explored the crooked wooden rows of houses standing shoulder to shoulder, supporting fragile balconies, shared passageways and narrow stairways; it is a gateway to another world, another time.

It was still early, but as with me, tourists and tour groups had already gathered around the meeting point, the Bryggens Museum. If you have the time, a quick walk through the museum is recommended. It allows you to learn more about the region and its rich history through displays that include medieval artifacts – tools, pottery, human remains – and more significantly, the actual foundation of a 12th century building. 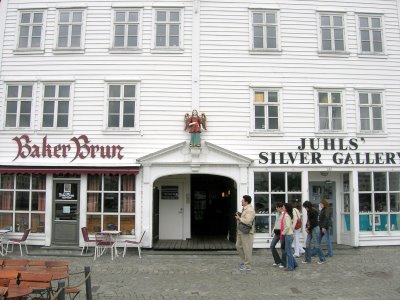 The history of the district is tied to Bergen’s growth as a trading post. These lop-sided buildings were occupied by the Hanseatic League, an influential German-Scandinavian trading alliance that operated along the Baltic ports. The buildings of Bryggen served as head quarters, offices, warehouses and lodgings for the League. Fittingly, one of the oldest surviving buildings houses the Hanseatic Museum; the museum shows off well preserved interiors from the time, and is furnished and styled accordingly. It is a fascinating look at how the merchants lived and operated. Today, the same narrow alleyways are home to souvenir shops, workshops, studios, restaurants and pubs. 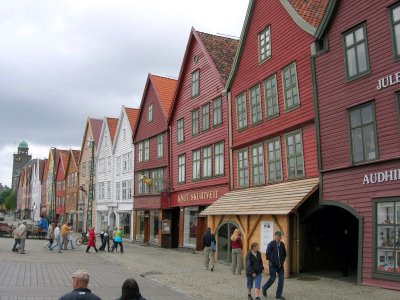 I spent a big chunk of the day just walking around: walking across shop fronts, past hanging balconies and musty awnings, peeping into curtained windows and heading towards the open stone paved courtyards. The colours, aromas and textures of Bryggen are coated with history. Every crack in the construction and every nail head here has a story to tell.

As I made my way along the dark narrow shadows, the cramped construction suddenly made way for bright open courtyards. Here, I discovered small, cheerful local establishments – cafes, boutiques, a bakery – and small gardens, the most prominent of which is a cabbage patch. Once buildings surrounded this space too, but construction was banned to make way for a fire break after one of many devastating fires.

The district had been plagued by fires, the worst breakout being in 1702, destroying the entire settlement, apart from a stone cellar (it’s reincarnated as an art studio), and the last major fire swept through in 1955. Today only a quarter of the original construction still stands. 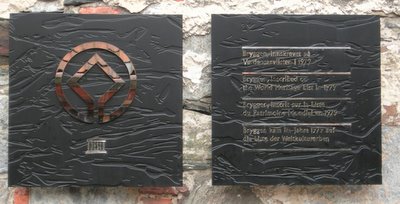 At the heart of Bryggen stands an old wishing well. It is surrounded by stone walls and red benches. A UNESCO World Heritage Site plaque glints in the sunlight, as the wishing well swallows up shiny pennies. I tossed a coin in; the smallest denomination I could find in my wallet before heading to one of Bryggen’s watering holes for a cold drink after a long, thoroughly enjoyable day.