Balvanyos, a town in the Transylvania region of Romania, is a place where you’ll find an ancient citadel shrouded in mystery, highly potent mineral springs, and strong-smelling caves that can either kill or cure you. 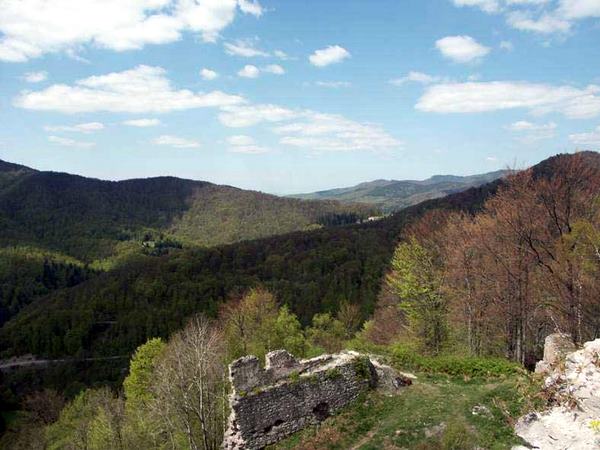 About 1,000 meters above sea level in a mountainous region, the town is built on spa tourism, which has grown up around its three important springs. Its best hotel is the three-star Best Western, which was constructed on the site where a sanatorium used to stand. The hotel runs rest cure programs and has its own spa and sauna.

Just to the left (when you face it) of the Best Western, a path that is marked out by signs bearing blue dots leads you on a five-minute walk toward those fascinating caves. It won’t be 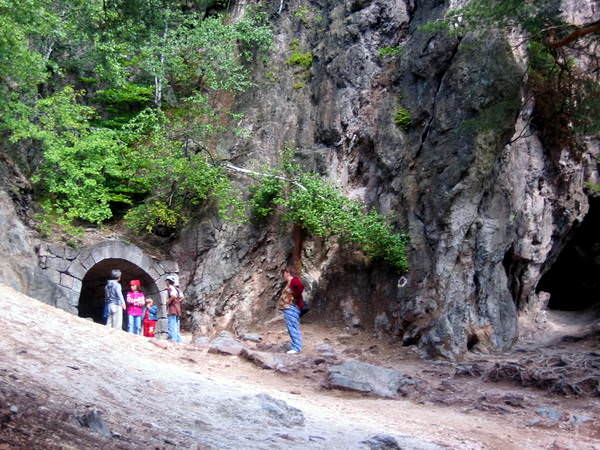 long before you start to sniff the sulphurous gas that emanates from the ground, bearing testimony to an eruption that happened in this volcanic area 2 million years earlier.

The path takes you to the cave named Pucios in Romanian, or Budos in the Hungarian language spoken by many local residents. Both words mean “stinky.” The cave, which stretches to a length of 14 meters, has walls covered with deposits that create a bright yellow coat, from the bottom up to about one meter above the ground. From the cave’s floor, 723,000 cubic meters of the gases carbon dioxide and hydrogen sulphide rise up every year. 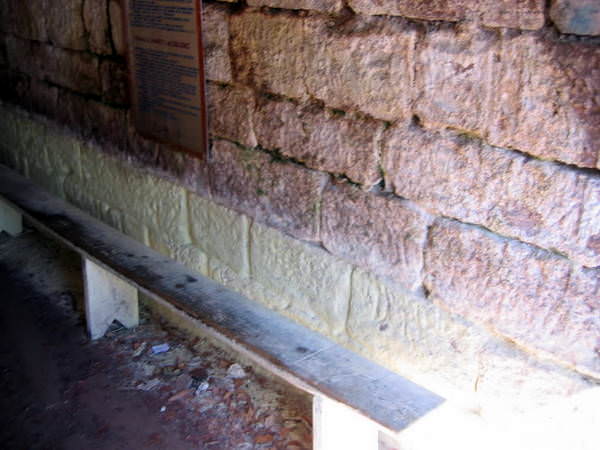 The cave is a mofetta, meaning that people sit down and “bathe” in the warming gas almost as if it were a water spring. The cave is said to help cure headaches, rheumatism, eye and skin illnesses, and it even gets prescribed in medical treatment courses. At one time, moisture from its walls was gathered and utilized as an ointment. Take off silver jewelry before entering the cave, unless you want to come out with yellow jewelry.

The height of the yellow coating on the wall is the height that the gases reach. It’s not safe to dip your head lower than that. On a cold day, lower air pressure makes the gas rise a bit higher. To be sure, hold up a match or cigarette lighter and slowly lower it. The flame will suddenly go out when it reaches the top of the gas. 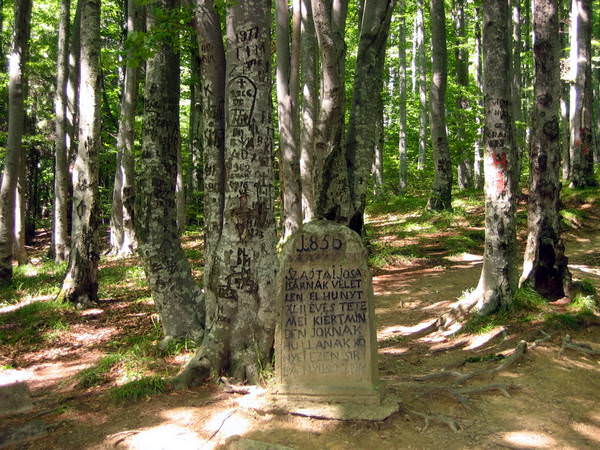 Follow that blue dot trail a bit further to find the so-called Birds’ Cemetery. This is a hollow where dead wild creatures are often found, suffocated by the gas.  Also nearby is a cave named Pestera Ucigasul (Romanian) or Gyilkos Barlang (Hungarian). The name in both languages means “killer cave,” and that indeed is what can happen to you if you spend too long in the thick, choking gases.

On top of a hill in Balvanyos is a ruined 13th-century castle complex. It’s assumed that pre-Christian local inhabitants built this, though there are local legends claiming that fairies or giants constructed it. There is also a tale claiming that a boy who lived in the complex was so smitten with a girl from 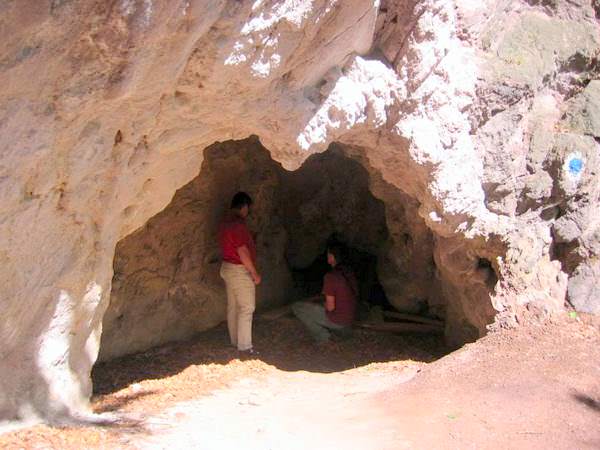 nearby Turia, who was a Christian, that he himself adopted Christianity, resulting in the whole of Balvanyos being Christianized. The hilltop ruins are known in Romanian as “Cetatile Paganilor” (the Citadels of the Pagans).

The town’s name is a Hungarian word literally meaning “idolatrous.” Although many Transylvanian towns have Hungarian names, what’s slightly unusual about this one is that its Romanian name is the same, rather than being a translation or a phonetic imitation of the Hungarian.  Balvanyos has also given its name to an annual car rally. The cars race along the hilly and winding road linking Balvanyos to the nearby town of Bixad.

Close to the major cities of Brasov, Targu Mures and Bacau, Balvanyos is on road 113.