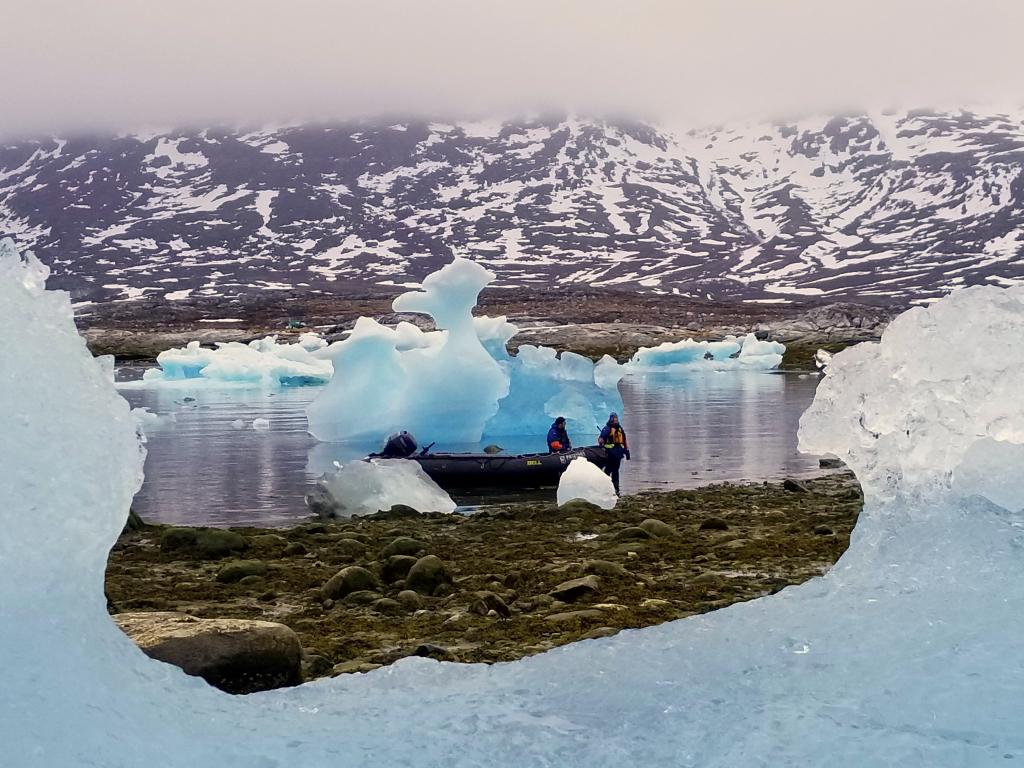 Off the Grid in Greenland on an Arctic Cruise 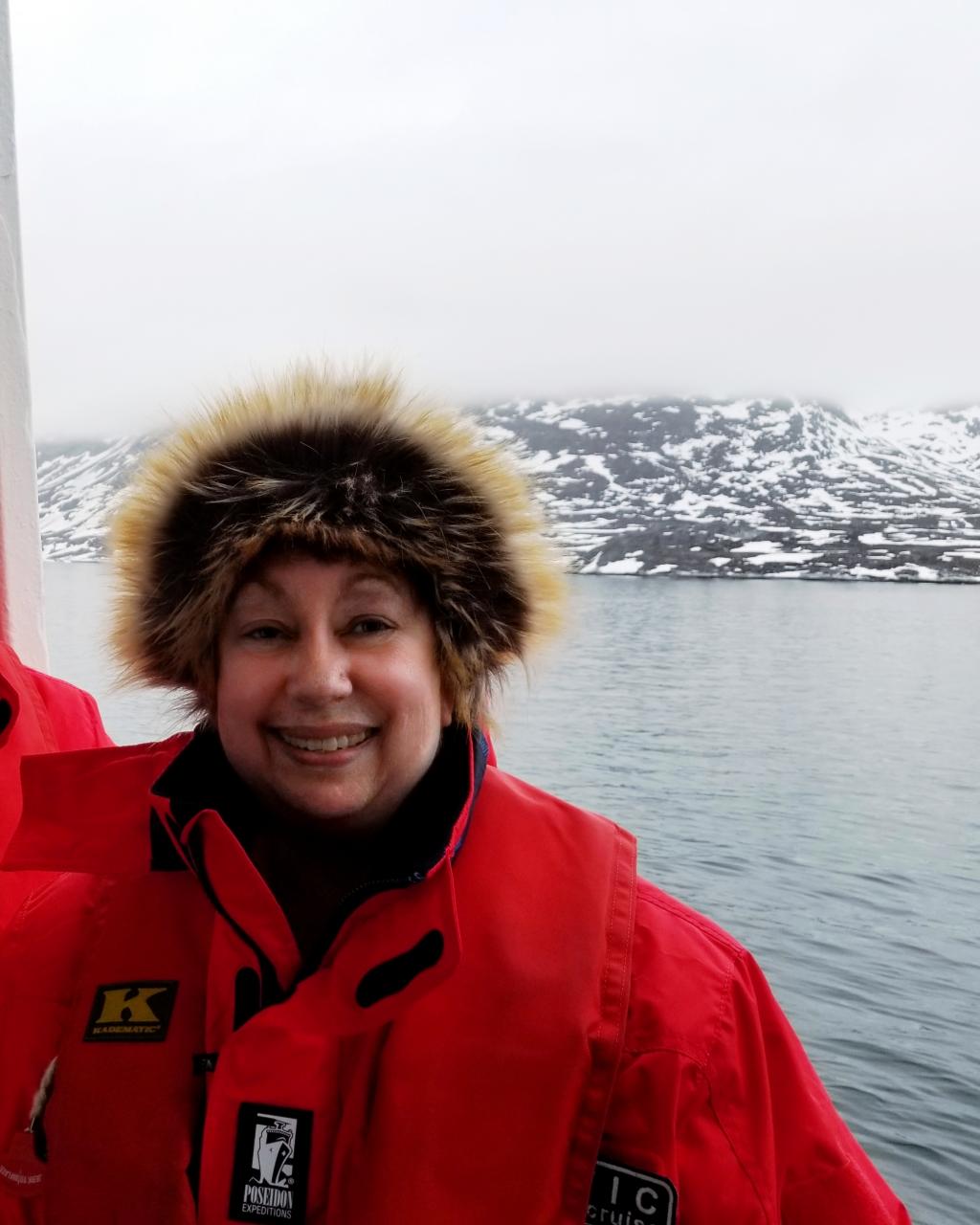 There are few places in the world where traveling can bring you up close and personal to stark landscapes, frozen beauty, and sculpted icebergs. Throw in a perpetual ice field over 656,000 square miles – about three times the size of Texas – and you have Greenland, a remote island nation that is an autonomous country within the Kingdom of Denmark. An Arctic cruise would be the perfect way to explore Greenland and I was right.

Located between the Arctic and the Atlantic Ocean with a population barely pushing 56,000, Greenland is the least densely populated country in the world but boasts a barren land mass about ten times the size of Minnesota. With an interior covered over 80% by a dense ice cap, only the coastal areas are inhabitable. It’s the largest island in the world with the largest ice mass in the Northern Hemisphere. (Don’t even think of mentioning Australia because it’s actually a continent.) 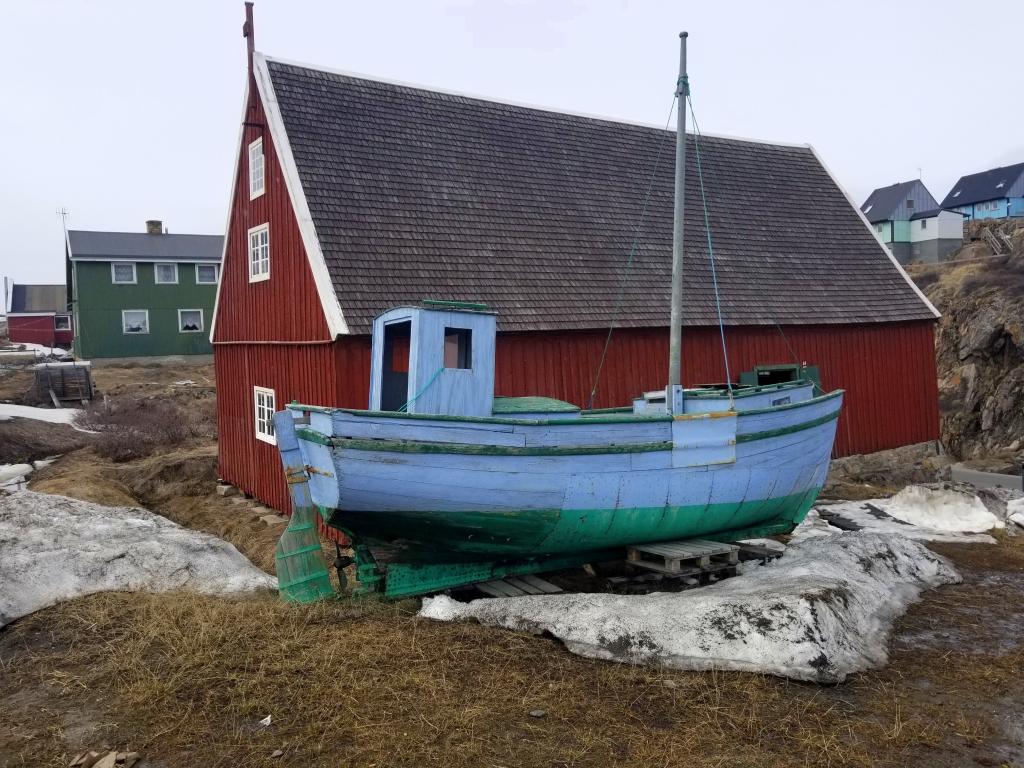 But if you plan on visiting Greenland, be prepared to decouple from social media during your journey. WiFi connections are rare and when you do have them, they are notoriously slow and costly. Best to do without and go completely off the grid. However, that doesn’t mean there’s a need to sacrifice sybaritic creature comforts while becoming an intrepid arctic explorer. Poseidon expeditionary cruises have you covered in a most luxurious way. 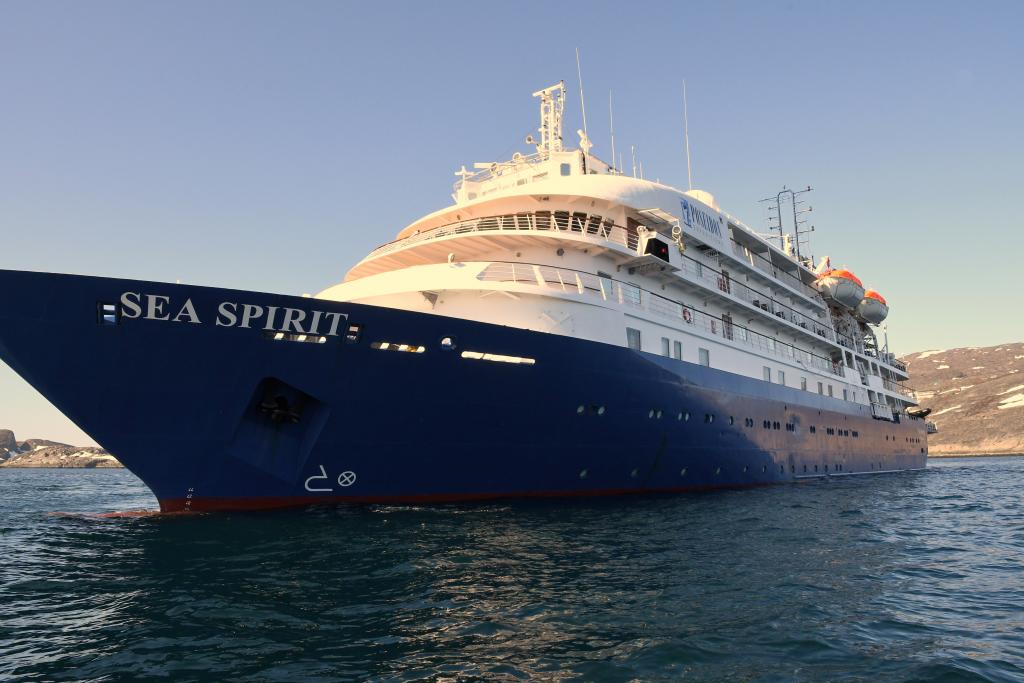 I signed up for a 9-day expeditionary Arctic cruise on Poseidon – a bucket-list adventure of a lifetime for me and one I eagerly welcomed because of my insatiable spirit of adventure and immutable desire to explore lesser known areas of the world. However, I wasn’t eager to rough it so I was particularly wooed by the luxurious amenities and international cuisine on board the Sea Spirit. 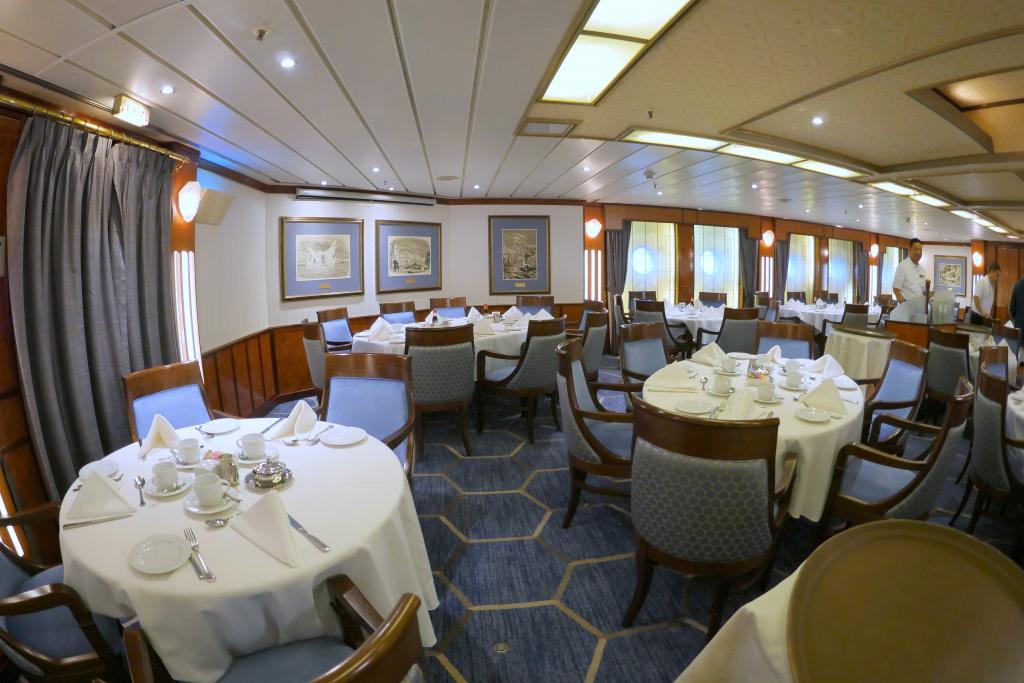 The star of Poseidon Expeditions’ polar cruising fleet, the all-suite, 114-passenger Sea Spirit boasts spacious rooms, even by small ship standards. The Sea Spirit is a luxury vessel retrofitted for polar exploration. With an ice-strengthened hull, a fleet of Zodiacs for exploring frigid waters, and a set of retractable fin stabilizers for smoother sailing, there is no better choice for exploring the Arctic and Antarctic. 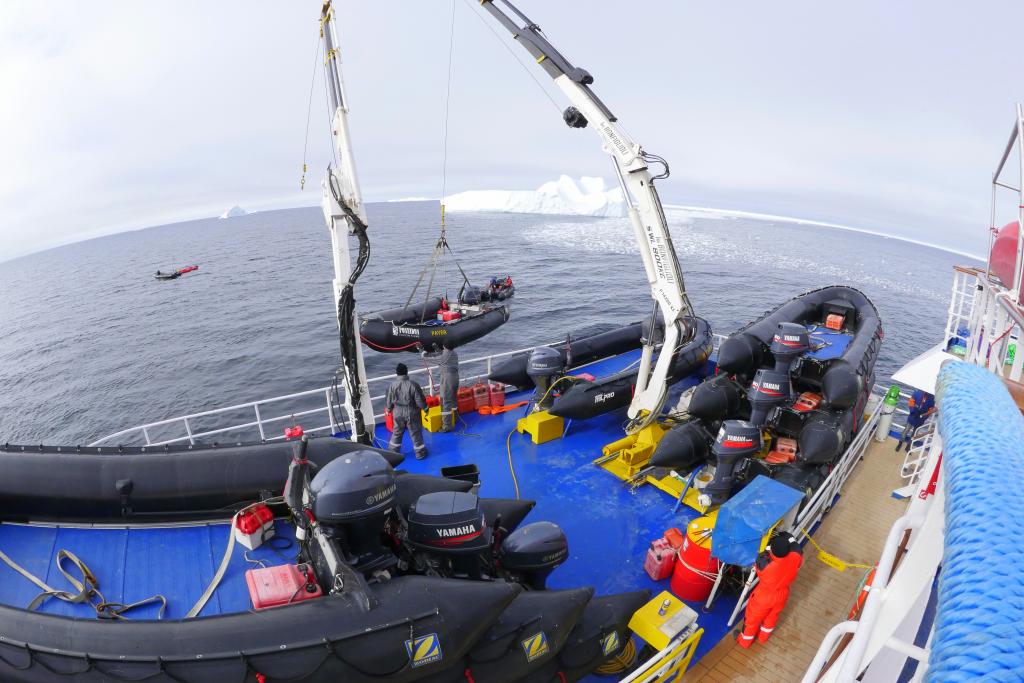 I was booked in a Superior Suite on the Club Deck, where cabins average 215 square feet. The room can be configured with either a king-size bed or two twin beds. Other cabin features include ensuite facilities and a walk-in closet or wardrobe. Each suite features completely new bath modules with new tile throughout, stone vanity top with integrated fixtures, and a glass divider panel that separates the shower from the sink unit. A one-way viewing window overlooks an outside walkway. 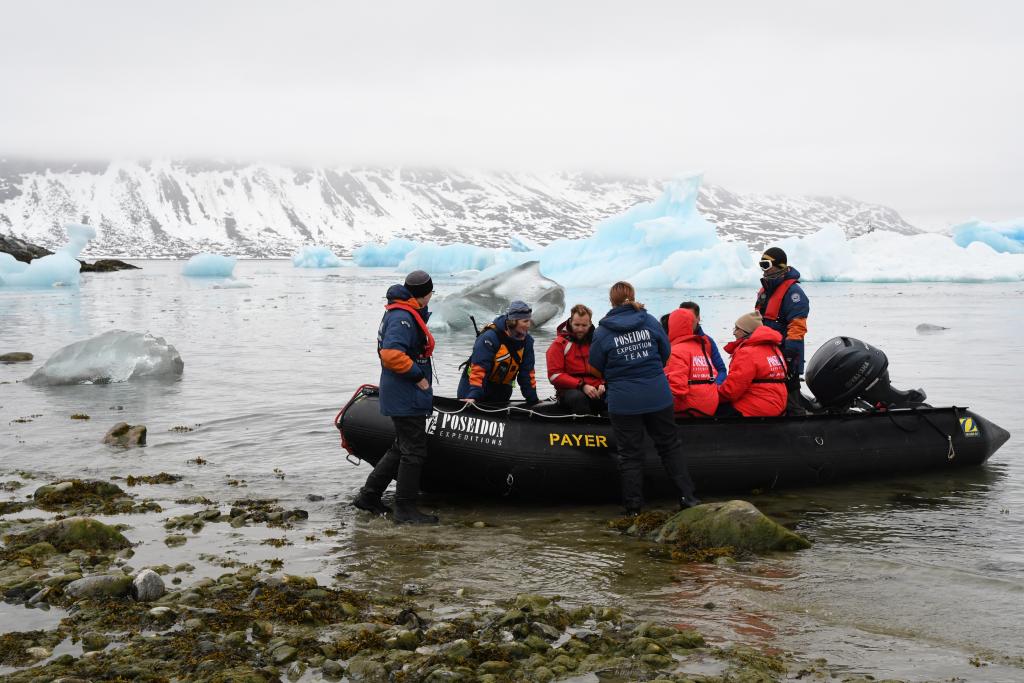 Common areas are spacious and include a well-stocked library with a large collection of polar books and DVDs, a presentation lounge with all the latest technology to support expeditionary briefings and enrichment lectures, a gym, as well as an infirmary with a licensed medical doctor. An elevator provides access to all passenger decks. 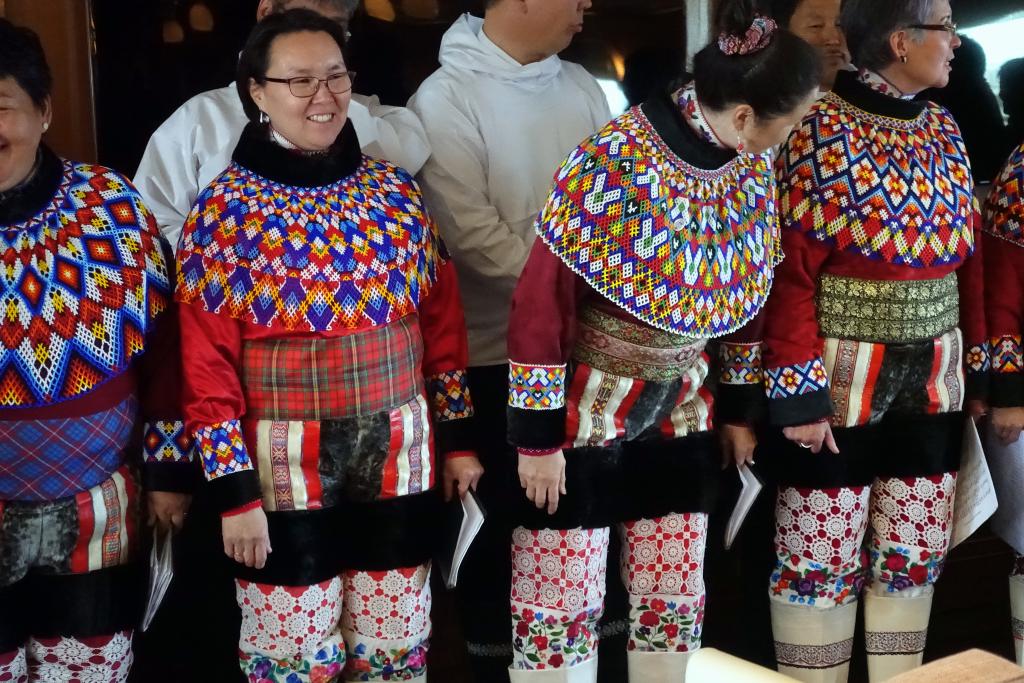 Besides the ice cap, glaciers, icebergs, polar seas and frozen tundra of land that once geographically belonged to North America, Greenland offers up the Midnight Sun north of the Arctic Circle, Inuit villages and culture, whales and fluking whale tails, as well as eerie ghost towns harking to an abandoned past life. 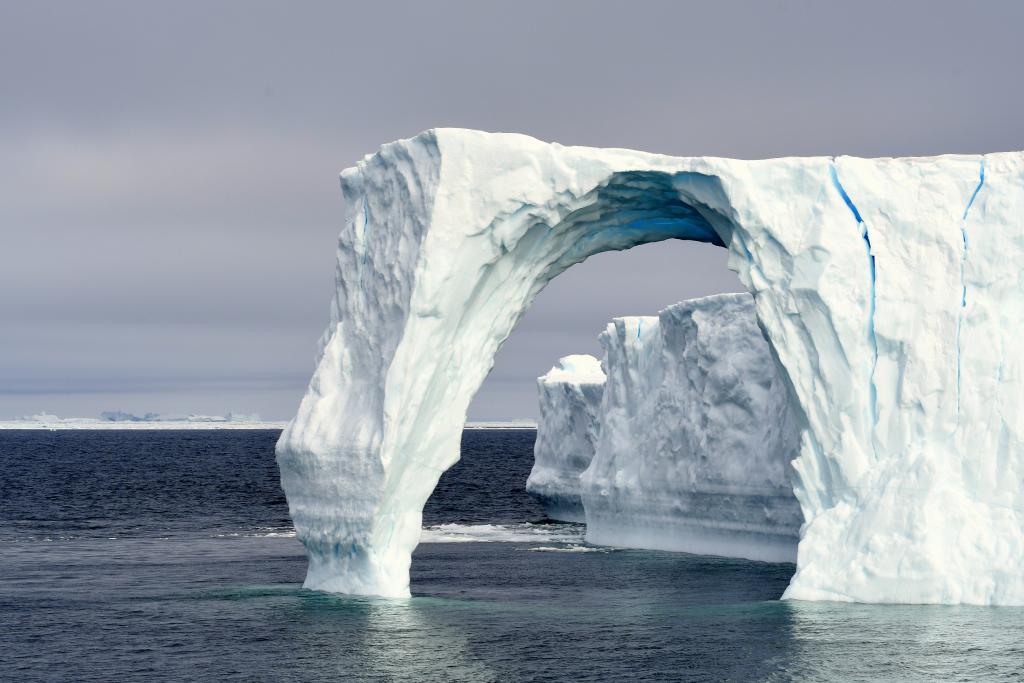 Zodiac excursions, kayaking, wildlife viewing, photography and hiking and cultural experiences on shore fill the days, though activities are largely defined by the weather and cruising conditions, with adaptability and safety as the operative words. 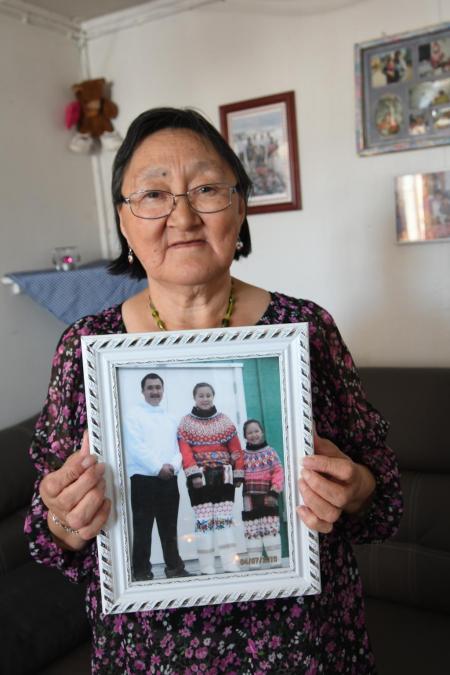 One of my favorite excursions included having coffee and pastry at the home of Pauline Dahl in Sisimiut. She proudly displayed a photo of her daughter, son-in-law, and granddaughter. I then asked her to hold the photo so I could capture three generations of Greenlanders. Another favorite was the day we went out in Zodiacs only to be surrounded by humpback whales and fluking tails. For a taste of Greenland, we had a barbecue on our last day that included musk ox burgers and reindeer sausage.

Microcosm of the World

Sélim Benayat, a 20-something MIT graduate from Basel, Switzerland, was one of the youngest travelers onboard during my polar cruise. He came with his mother Monika. 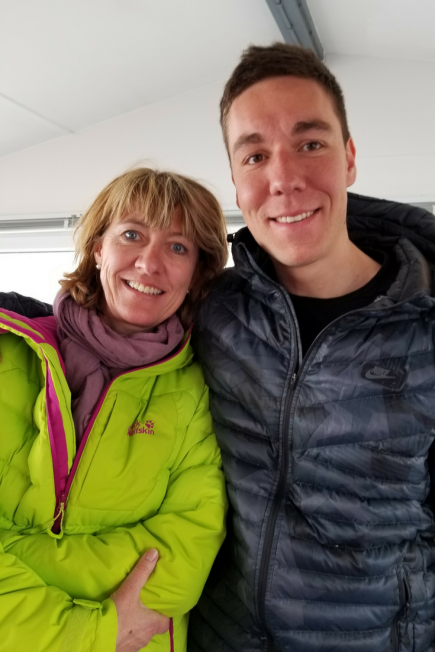 “Besides getting to know the culture and customs of the Inuit, climbing the hills and mountains of nameless Fjords, chasing whales on small Zodiacs and jumping into the freezing cold ocean of the Arctic, it was the people that made that trip one to remember. Even though I might have been the youngest guest by a stretch, I still enjoyed talking to everyone.”

Whether a Baby Boomer, Millennial, or Generation Z in tow, Poseidon Expeditions offers incredible opportunities to become Arctic explorers even as you bask in the lap of luxury. Just be prepared to give up the internet and go off the grid in the process.

A big thank you to Poseidon Expeditions for inviting me on this once-in-a-lifetime adventure. 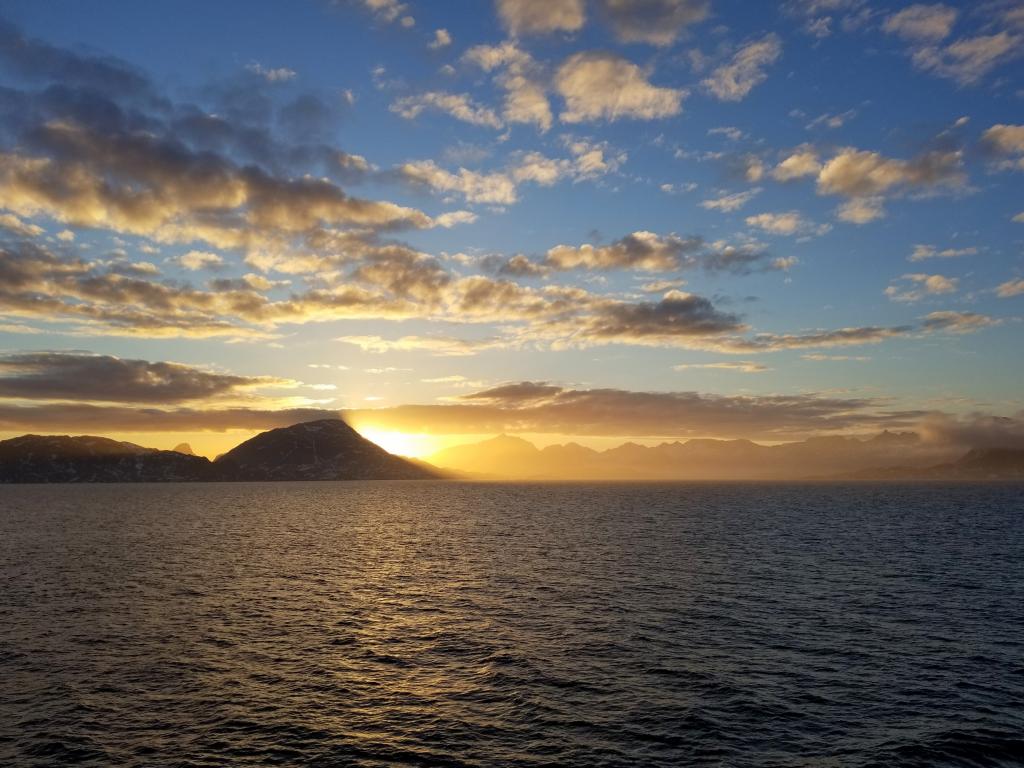 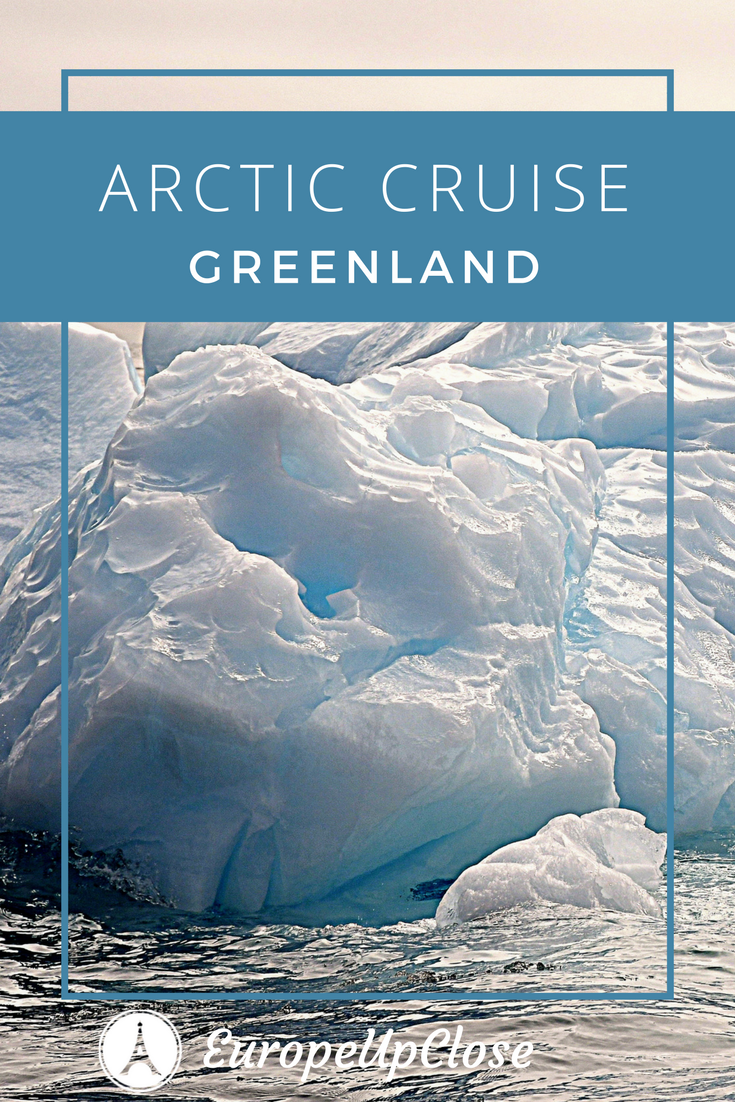