On the way to Ostend—an hour train ride from Brussels — I was reading Jules Verne’s classic Around the World in Eighty Days. In the book, the characters are constantly hopping boats and trains and going through port cities, so it felt appropriate to step off the train at the end of the line to gulls and ferries, bridges and boats everywhere. 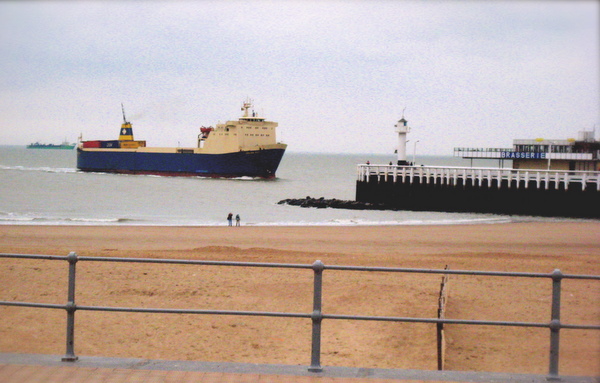 A dear Belgian friend met me at the station and we went walking up along the canal that goes inland from the sea, past rows of kite shops and seafood restaurants. Along the way she told me about the city. Strategically placed on the North Sea coast, Ostend has always been an important Belgian harbor, especially in the late 1800s when it was the point from which to take the ferry across the channel to Dover. Soon afterwards it became a high-class resort city, with royal villas and even a casino in the sea. 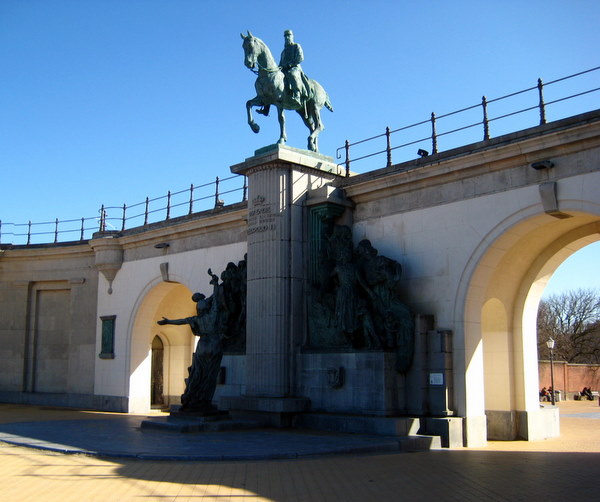 However, Ostend lost a good bit of its old architecture and monuments to bombings during World War Two. Slowly rebuilt through the sixties and seventies, it evolved into more of a working-class holiday spot, kind of a European Coney Island. Here and there among the new buildings, I could see clear remnants from before, a wrought-iron balcony, a row of columns or tiled roof that survived the war. This was my favorite aspect of Ostend—it projects a relaxed and humble feeling; a calm, special town that has a long history but manages not to be self-important. 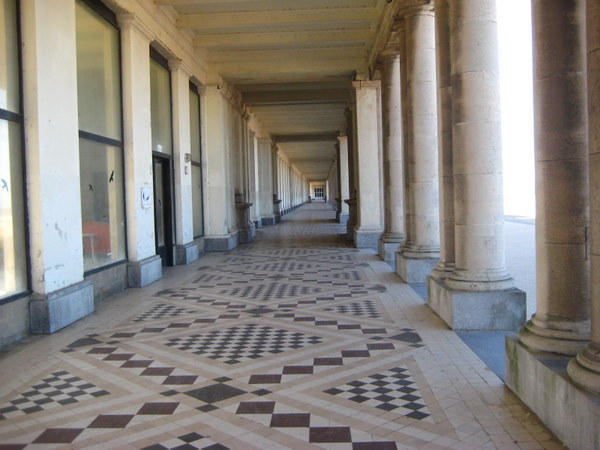 We settled in Café Beau-Site, on the water just beyond the point where the bigger restaurants started petering out. Inside was warm and lit by the light from over the ocean—the sun was on its way down but all the cloudcover meant it was just a bright, grey glow. The cafe was cosy with wooden tables, cream walls, and cushions in the window seats. The house rose wine in a big frosty glass with a thick stem was the perfect pick, and we ordered light hors d’oeuvres: shrimps and cilantro to nibble. 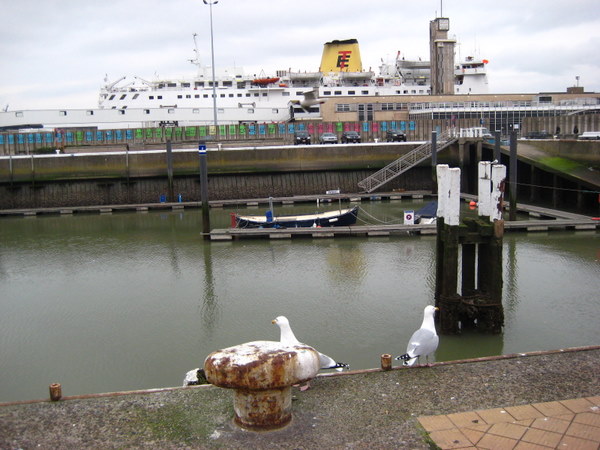 Dinner was at Stad Kortrijk, a tiny, no-frills restaurant with the best fish in town—“Zeetong” in Flemish; in French, “Sol.” A single man was running around serving all of the tables from a dumbwaiter. He had an enormous stove and seemed to do half of the cooking and putting together of the fabulous meals by himself as well.
Langestraat 119
8400 OOSTENDE
Tel. : 059.70.71.89 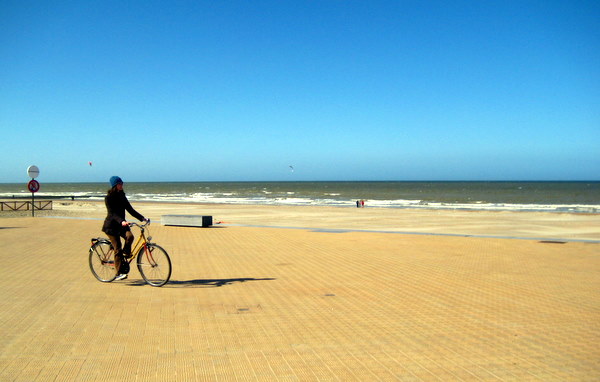 The next morning after coffee and croissants, we found free bike rentals just adjacent to the Maria-Hendrike Park (which also offers paddle-boating). On good red-and-yellow bikes with small keys to unlock the back wheel, we went off through the streets—in the grass medians crocuses were coming up, some white and some purple—to the sea. We rode all along the boardwalk and even through the columned walk of the Thermae Palace Hotel on the esplanade. Windsurfers were out as were lots of swimmers and walkers. It was easy to ride, all flat land, and a sunny day–the perfect farewell to a weekend on the Belgian shore.