Back in the 1700’s and 1800’s when the city of London’s streets were often runnels of filth and the air thick with noxious fumes from coal fires, Hampstead Heath  became a haven for the wealthy. For those with health ailments it was a place of refuge because of the fresh country air and medicinal water from the natural springs, and a popular place where Londoners could enjoy a refreshing walk in the woodlands. 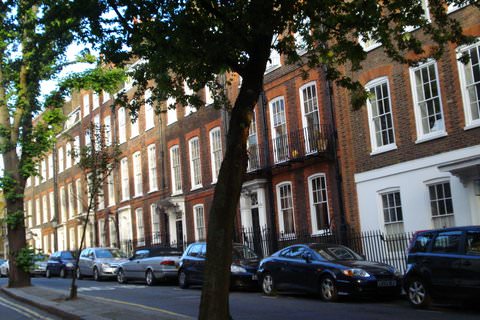 The Heath is a rambling, hilly ‘park’ on a shady ridge covering 320 hectares (790 acres). It is one of the highest points in London running from Hampstead to Highgate. Quiet ponds, ancient woodlands, a playground and running track and it’s still a popular place for Londoners to visit. It can be reached by the London tube and by bus. 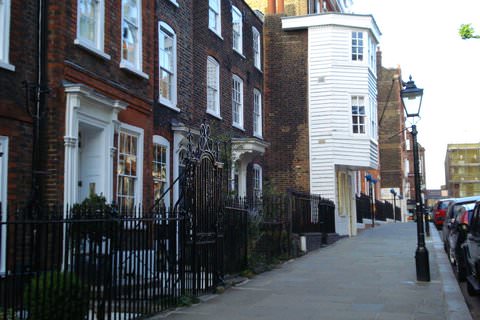 On a recent trip to London I joined one of the popular London Walks for a morning stroll around Old Hampstead Village. I met the group just outside the exit of the 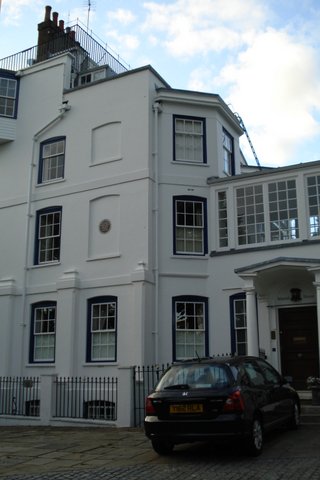 Hampstead Tube Station, London’s deepest underground built in 1907. The guide led us on a delightful walk down cobbled lanes through the elegant Georgian village, pointing out former homes of poets, writers, artists and intellectuals who once lived there. Old Hampstead Village is still an affluent area of London just as it was in past centuries, known for its literary, artistic and intellectual associates. Some of the most expensive houses in London are located here. The guide pointed out the former home of Judy Dench and the present home of film director Ridley Scott as well as the homes of Ozzie Osbourne and some others including the Admiral’s House where P.L. Travers, the author of Mary Poppins once lived. Next door is the home of the Nobel Prize winning author John Galsworthy, who wrote “The Forsyth Saga” the chronicles of an upper-class British family.

The informative two hour walk took us down narrow lanes and shady streets lined with beautiful brick houses dating back to the 1700’s. At one house Richard explained that this was where a friend of the owners used to stop by to tell stories to the children after their parents passed away. He told them stories about a little boy named Peter who used to fly to a land where children never grew old. Yes, it was here, in this very house, that Peter Pan was conceived! 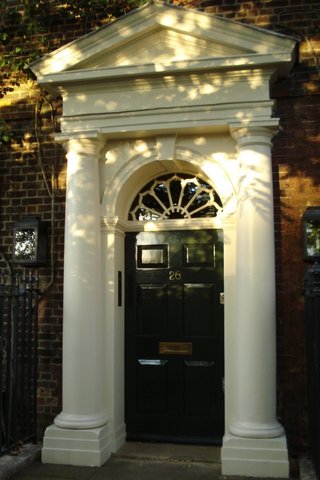 One of my favorite authors, Robert Louis Stevenson, lived on the same street as well as the lover of Oscar Wilde. Around the corner is the very old Highgate Cemetery where Karl Marx is buried along with 850 other notables. The Old Burg House is where Rudyard Kipling once lived. We passed Keats House where the poet John Keats lived and wrote “Ode to a Nightingale”.  The poet lived from 1818 – 1829 until he travelled to Rome and died of tuberculosis at the age of twenty-five. Kenwood House is one of London’s famous Regency homes and has a museum devoted to John Keats. The home of Sigmund Freud is also now a museum. The magnificent Fenton House dates from 1667 and is famous for its important collection of early keyboard instruments, art and porcelain.

The rural setting of Hampstead has always attracted writers, composers, actors, and artists. It was an inspiration for many of the painter John Constable’s landscapes. The Heath has been featured in numerous novels and movies including “It” an adaption of a book by Stephen King, and a novel by author Will Silt, “The Book of Dave”. The elegant mansion, Kenwood House, was featured in the movie “Notting Hill” starring Hugh Grant and Julia Roberts. “Four Weddings and a Funeral” was also filmed at Hampstead.

Old Hampstead Village is also noted for its traditional pubs. During the walk, our group visited three of these charming pubs and sampled the hand-drawn beer that each of them serves as specialities. One of the pubs was a favorite haunt of poet John Keats. 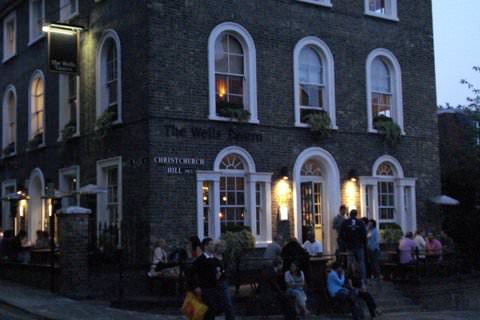 This walk, through one of London’s most picturesque neighbourhoods, was a highlight of my stay in London, with lots of surprises and a wealth of history.