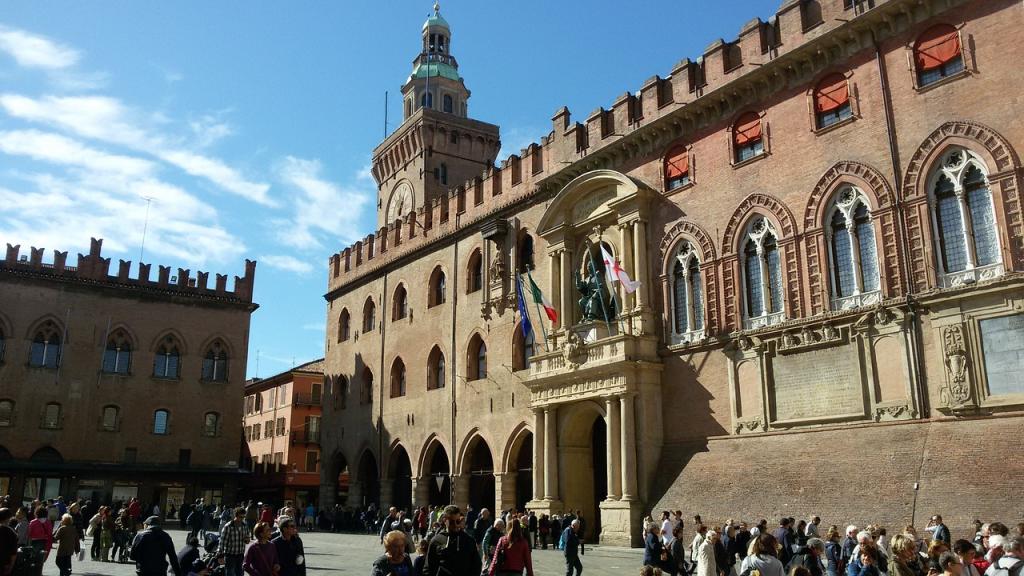 Where to Stay in Bologna

The ancient city of Bologna has a thriving hotel scene, and though it is short on five-star accommodations, Bologna has numerous four and three-star ‘where to stay’ options. When choosing where to stay in Bologna, note that the city is quite spread out and that it’s best to stay either within or close to the Ring Road, where most of the important sights are located. Consequently, the following ‘where to stay’ options give preference to centrally located hotels offering complimentary WiFi internet. 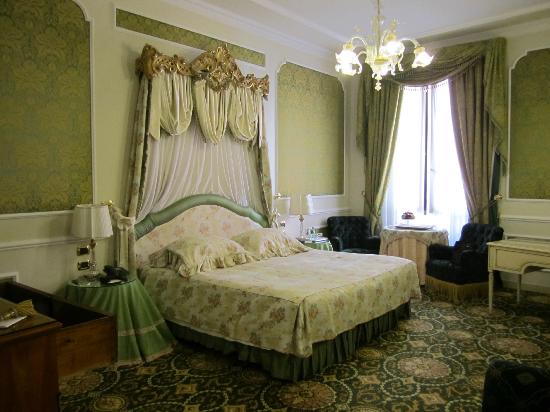 Grand Hotel Majestic “Gia” Baglioni
Offering the grandest, most sophisticated accommodations in Bologna, the hotel is located inside of a one-time monastery designed by Alfonso Torregiani. It is just steps from the centrally located Piazza Maggiore. Decorated with antique furnishings, the 109 rooms come with complimentary WiFi, Murano-glass chandeliers, dressing areas, and large bathrooms.

The onsite I Carracci restaurant serves refined Bolognese cuisine, and the dining-room ceiling has real frescoes by the renowned school of the Carracci brothers. Other amenities include the Majestic Café Lounge, a gym, and a wellness center with Turkish bath and sauna. Breakfast is offered daily. 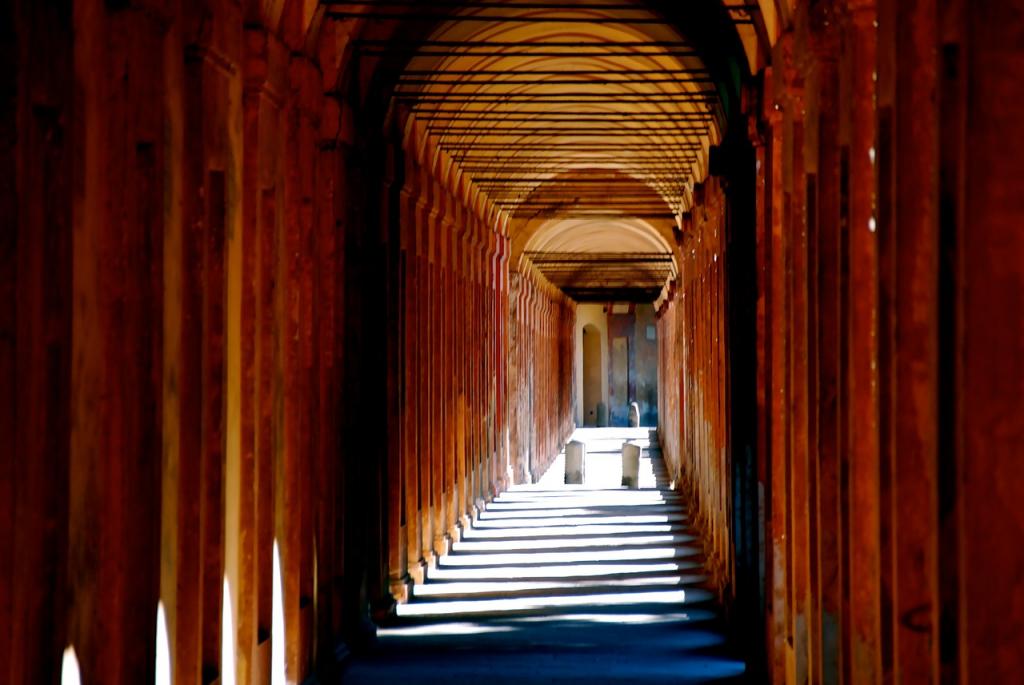 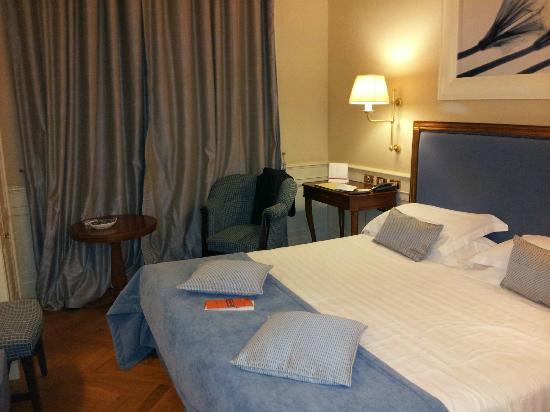 Art Corona d’Oro
Housed in a 14th-century palazzo, the hotel luxuriously blends classic decor with modern conveniences, and, located on a small street, it is close to everything yet retains a peace and quiet.

The efficient and professional staff excels at helping guests plan their days, and all rooms have air conditioning and complimentary WiFi. The hotel does not have a gym or spa but does offer breakfast daily. 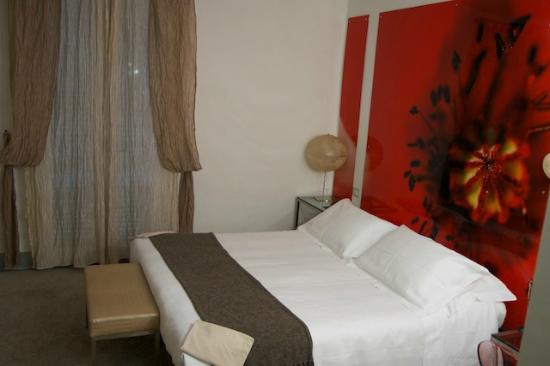 Il Convento Dei Fiori Di Seta
The name of this small hotel means the silk flowers nunnery, which clues you into the hotel’s former life. Filled with ornate details, the hotel retains the character of a convent, with a marble alter and gold-painted columns. Each of the individually decorated rooms has a queen-sized bed, air conditioning, complimentary WiFi, and bathrooms with stylish mosaics.

The hotel has a small spa, which can be reserved at reception, with a Scottish shower, steam bath, and Jacuzzi. A continental breakfast is included in the room price. Note that this hotel is centrally located but about a 35-minute walk from the main train station in Bologna. 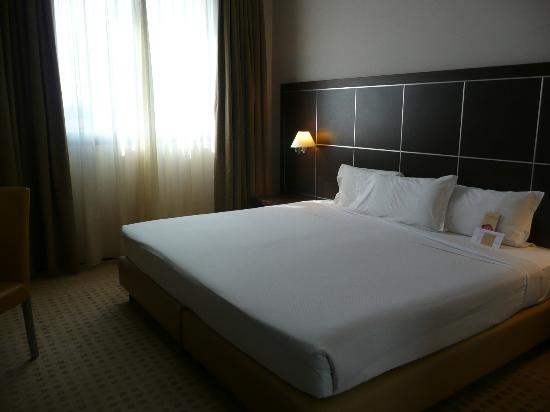 Aemilia Hotel
Located within a 20-minute walk from Piazza Maggiore, it has all of the onsite perks necessary for relaxing, such as a rooftop garden, where you can sip drinks, and a good restaurant serving regional Italian dishes, and yet it is still close enough to the city center to spend your days sightseeing.

The 124 rooms come with king-sized beds, free WiFi, and temperature control systems. Amenities and services include a fitness point, rooftop terrace with jacuzzi tub, complimentary buffet breakfast, and a guarded parking lot, which costs 10 euros a day. For drinks, visit the onsite Lounge Bar, and do check-out the Gurme’ Restaurant which serves regional and Italian dishes. 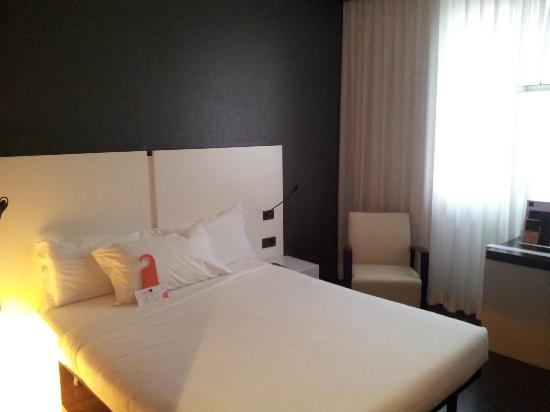 Savhotel Hotel
For those seeking modern décor, this hotel, located just outside of the Ring Road, is one of the best four-star hotel options. With a bus stop nearby, it takes about five minutes to reach the city center. The hotel excels at providing modern comforts. For example, it has a 24-hour gym, the staff is particularly welcoming and capable, and the buffet breakfast, which is included in the price, will satisfy international palates.

With a minimalist décor, the rooms come with individualized climate control and free WiFi. Additional amenities include private, indoor parking (for a charge) and the NeroArancio Restaurant & Lounge Bar, which serves an international menu and over 100 innovative cocktails. There are free bike rentals, subject to availability. 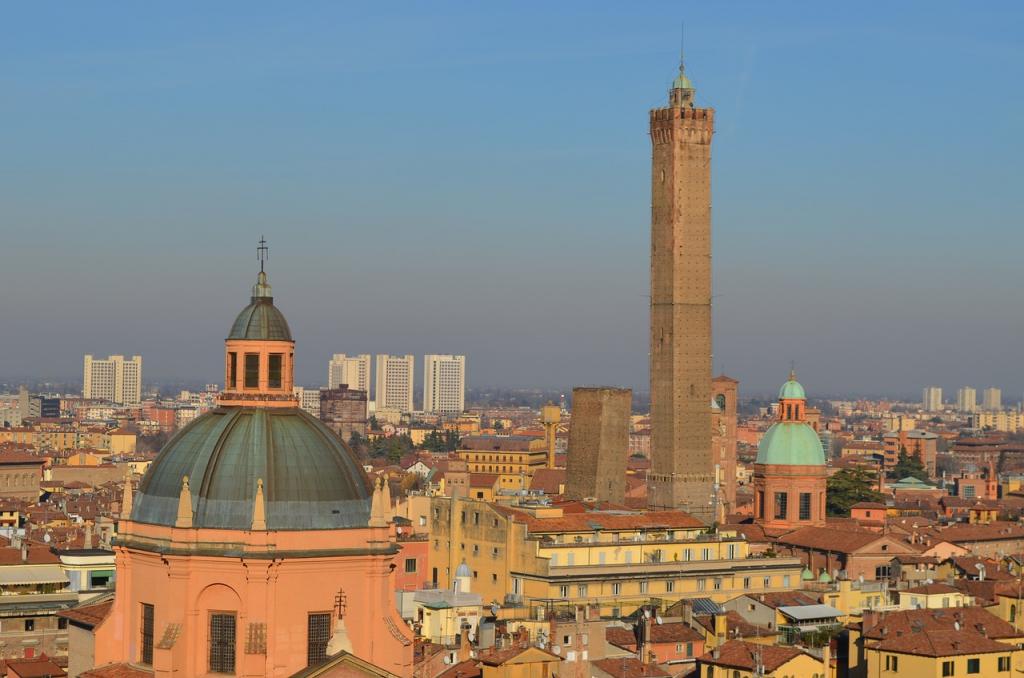 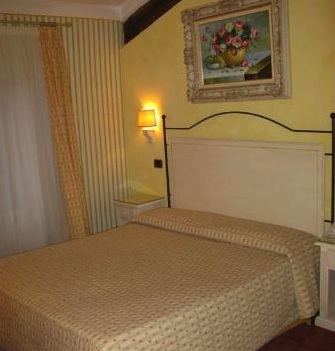 Hotel Porta San Mamolo
A family-run hotel in the city center, this hotel has manicured gardens and offers a warm and homey atmosphere.

The 43 rooms come with air conditioning, free WiFi, and a comprehensive, continental breakfast which is included in the room price and served in the hotel’s courtyard with a garden.

The hotel has a partnership with a nearby gym and can offer guests special rates. Private garage parking is also available. 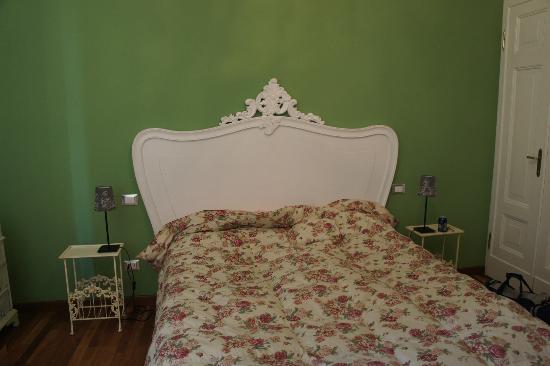 Casa Ilaria Bed & Breakfast Bologna
Near Bologna’s famous Teatro Comunale di Bologna opera house, the hotel, housed in a one-time residence, is in the middle of everything. The rooms are individually decorated and feature air conditioning and complimentary WiFi.

Among the hotel’s amenities and services are cooking classes, complimentary breakfast, free coffee and tea all day, and a fully equipped kitchen that guests can use. The hotel is located in Bologna’s university district, so expect to find plenty of nightlife activities. 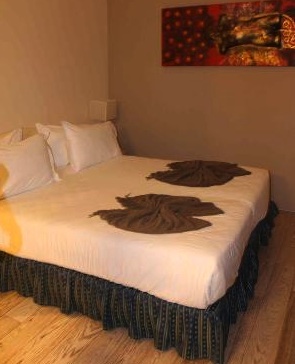 Metropolitan Hotel
This hotel stands out for its modern, Far-East-inspired style and numerous comforts, including very clean rooms, friendly staff, and proximity to main sights.

The rooms are equipped with complimentary WiFi, air conditioning, and coffee and tea-making facilities. Apartment-style accommodations are also available. Breakfast is available daily, and the hotel offers nearby private parking (for a charge) and discounted rates at the nearby PRIME Fitness Club.

Light sleepers should request a room in the back of the hotel. 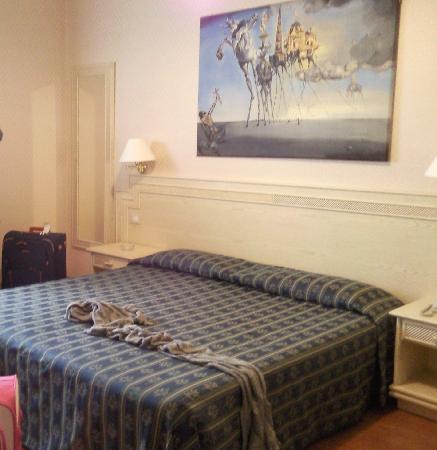 WiFi and a large continental breakfast are included in the price, and the hotel is just a short walk from Piazza Maggiore.

The rooms are clean, the staff is friendly, and reception is 24 hours a day. The 25 rooms are basic and on the small side, but many come with views over the city. 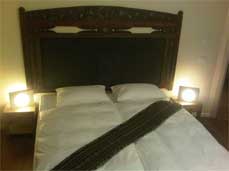 Casa Munay
This comfortable Bed & Breakfast is a bit out of the central city and the staff speaks limited English, but it offers clean accommodations and a tranquil garden area for a great price.

Rooms have free WiFi and air conditioning, and the breakfast is quite exceptional: it sometimes includes homemade pastries.

Where to Stay in Bologna Italy was Written by Staff for EuropeUpClose.com

Where to Stay in Bologna Italy – Pin for later: 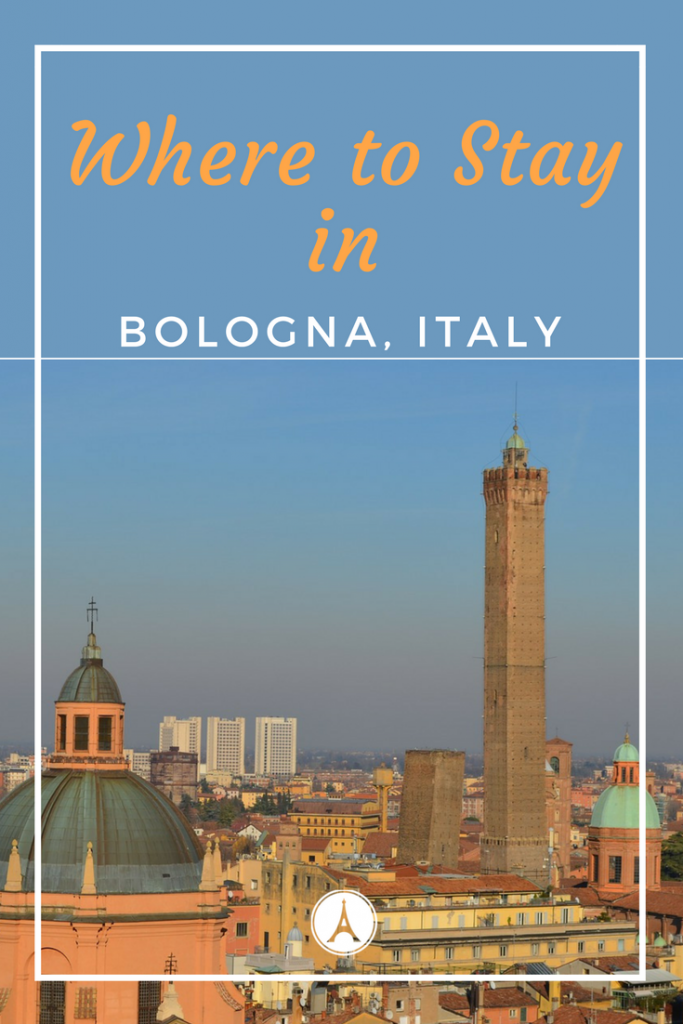 very beautiful hotels i like that first green walled pic very much you lovely post gonna help me a lot in my Bologna visit thanks a lot for sharing.

We travelled and lived in Italy without staying a single night in a hotel or hostel. Hospitality exchange works there very well and also renting is fairly easy. Nice to see, through, photos of the hotels rooms we didn't visit.