Greek food can be bizarrely good; and following is a guide to some of the best restaurants in Athens, Greece. The flavors of Greek food have been shaped over thousands of years, and the history of Greek food includes Middle Eastern as well as Italian influences.

We know the horiatiki salata as the Greek Salad, but the freshness of the ingredients used – as well as a little love – makes eating a horiatiki salata in Greece a revelatory experience. First, there’s no lettuce. Second, the feta cheese used is richer than any I’ve tasted in the U.S. Finally, it comes saturated in high-quality Greek extra-virgin olive oil. Yum.

Another traditional Greek food is spanakopita. This is a savory pastry that is usually eaten in the morning or in the afternoon. The flaky pastry is stuffed with spinach and cheese. My favorite spanakopita is shaped like a spiral. If it has only cheese inside, it’s called tiropita.

The best street food in Athens has got to be souvlakia, or giros. You’ll see Donar Kebab stands too, which are a Turkish version of souvlakia. In Athens, both are similar, that is to say, delicious! Souvlakia means shishkebob meat. In the street-food version, the meat is served in a pita with fresh vegetables and tzatziki, a cucumber-dill yogurt sauce. You get to choose your toppings. I recommend trying one of the souvlakia restaurants below before grabbing a souvlakia from a stand 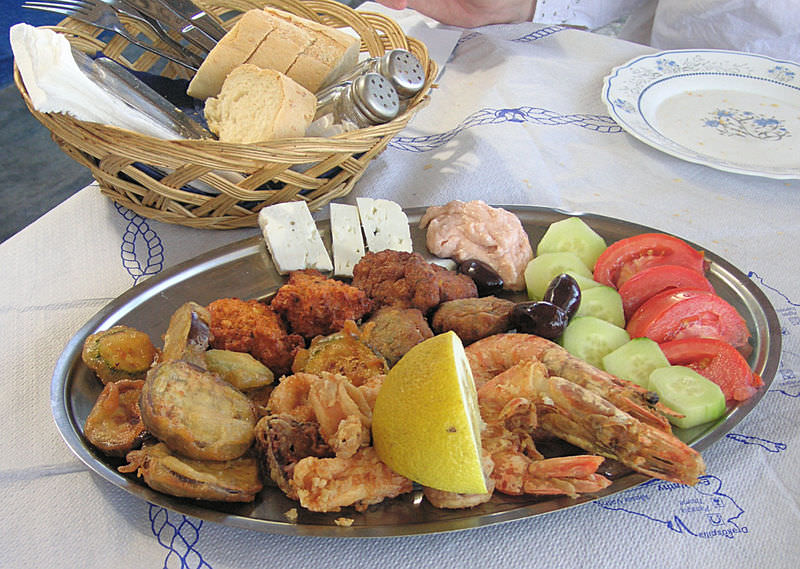 For dinner, make sure to try the popular Greek appetizer dolmadakia, which consists of grape leaves stuffed with meat, usually lamb, or rice with vegetables. Another mouthwatering appetizer is Shrimp Saganaki.

Here are some of the best places to eat in Athens, Greece. I’ve organized them by price, beginning with the least expensive restaurants. 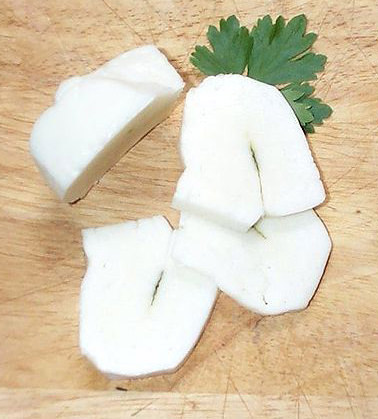 The Butcher Shop – €€
A psistaria, or grill, this restaurant features organic meat cooked in the particular styles of particular Greek villages. It’s located right in the thick of the Gazi neighborhood’s nightlife. If you prefer seafood, try Sardelles, which is next door and operated by the same owner.
Persphoni 19, Athens
Tel: 210-341-3440

Serving modernized Greek food, this tavern has great atmosphere. Especially good if you’re looking for something that’s both Greek and out of the ordinary. Two locations.
(in city center): Aischilou 26, Athens
Tel: 210-681-0529

To Kafeneio – €€
This restaurant has been serving traditional, no-frills Greek food for decades. It does it right. Great for lunch or dinner, located in the Plaka neighborhood.
Epicharmou 1, Athens
Tel: 210-324-6916

Spondi – €€€€
No list of Athens restaurants would be complete without mentioning this Michelin-rated 2-star restaurant. Chef Bignon doesn’t limit himself to any one style of cuisine, but uses the freshest ingredients to create his signature dishes. Food as theater.
Pyrronos 5, Athens
Tel: 210-756-4021

Don't forget Kouklis on Tripodon Street (we always call it "The Flaming Sausages" because they serve them there. (in Plaka not far from Lysikratis monument.)