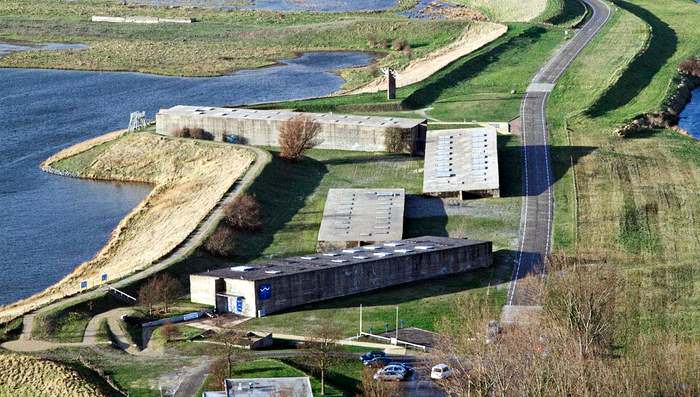 Four gray cement blocks, half-sunk in the ground at uneven angles, are the modest home of the Watersnood Museum: the remarkable and beautiful memorial of one of the Netherlands’ greatest disasters.

At 2 am, Sunday, February 1st, 1953, a churning storm in the North Sea forced a wall of water into the narrow channel between the United Kingdom and mainland Europe. 307 people die in England. The MV Princess Victoria ferry sinks, killing 133 more. Numerous fishing trawlers and smaller vessels disappear. Upon reaching the Netherlands, the force of the waves bursts the nation’s famous dikes, and within hours water levels in parts of the southwest province Zeeland (literally “sea-land”) are filling houses to the second story. A chilling quote, painted on the wall of the Watersnood, recalls a survivor climbing on top of furniture in the attic, pressing against the roof, watching the waters rise, and knowing there is no escape.

Ria Geluk, leader of the movement to create the Watersnood Museum, was 6½ years old when the waves hit. “We were lucky,” she recalls. “We had a window in the attic so we could escape onto the roof.” 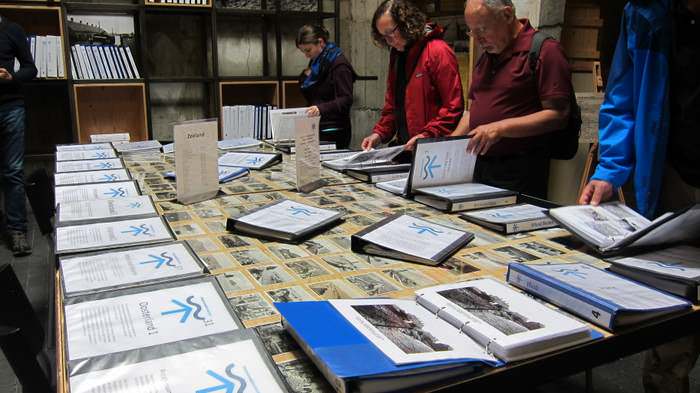 Others were not so fortunate. Some drowned, trapped in their homes. Others disappeared, washed into the sea when they ventured outside in search of friends or family or to tend to crops and livestock. For two nights, families like Ria’s remained on their roofs. Without food, water, or shelter, wet from the waters and exposed to the intense winter cold, many died from exposure and exhaustion. On Monday, the storm winds subsided, and rescue operations could begin. Overall, 1836 people lost their lives in the Netherlands. The flood damaged 40,000 homes. Crops were destroyed. Cattle lost. An estimated 70,000 people evacuated their homes, many having only recently returned from forced evacuations during World War II.

The 1953 North Sea floods were a turning point for the Netherlands. The nation established the Delta Works program to close off access to the sea and re-haul the nations’ defenses. A country that had always excelled in water management now became undisputed world experts. 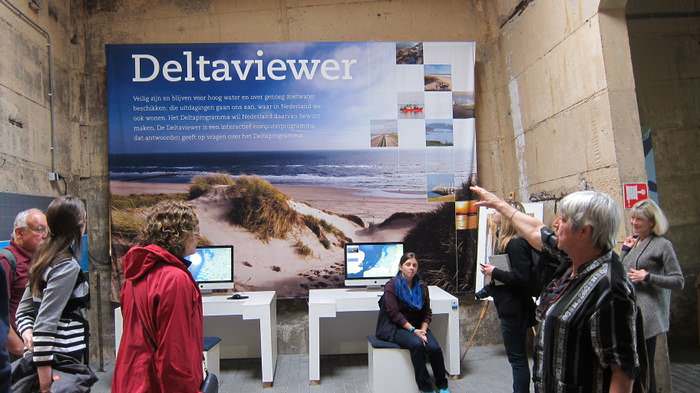 And yet, for forty years the nation had no central memorial or museum to record the disaster or to explain to a new generation of citizens why flood management is essential to the Netherlands.

In 1997, Ria Gulek led a grassroots effort to found the Watersnood Museum (translated as “flood” or “water-emergency/disaster” museum), and in 2001 the museum opened as an exhibition of contemporary photos and news articles collected from archives and survivors. It filled a need for the nation, and in 2003 it was declared a National Flood Monument. In 2008-2009, it expanded to fill four cement caissons that had been used to seal a breach in one of the dikes. The caissons (Phoenix Breakwaters), hollow cement blocks 180 feet long and 60 feet high, were built to be used in the Allied invasion of Europe but were acquired during the floods from Britain when other measures failed. The hollow blocks were floated into position, filled with water, and sunk, creating a jagged, uneven line of cement. A permanent dike was then built around the caissons, and the caissons remained, filled with water and sand until volunteers began the arduous process of clearing out a space for the museum. Inside, water marks and sand lines are still visible on the walls. 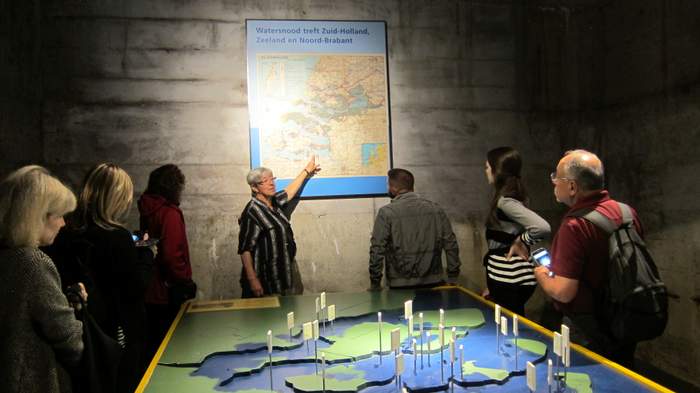 The result is a jarring, raw, and tangible reminder of the damage and scale of the floods. The museum capitalizes on this space to create a powerful blend of art and history, emotion and science.

The vision of the Watersnood Museum is to “Remember, Learn, and Look Ahead,” and, as visitors follow a path through the four caissons, they transition through stages of the disaster. In the first caisson (titled Facts), photographs, news articles, and audio recordings of survivors are collected to document the flood as it happened. As survivors age and pass, the museum is increasingly becoming a repository for family mementos and artifacts. 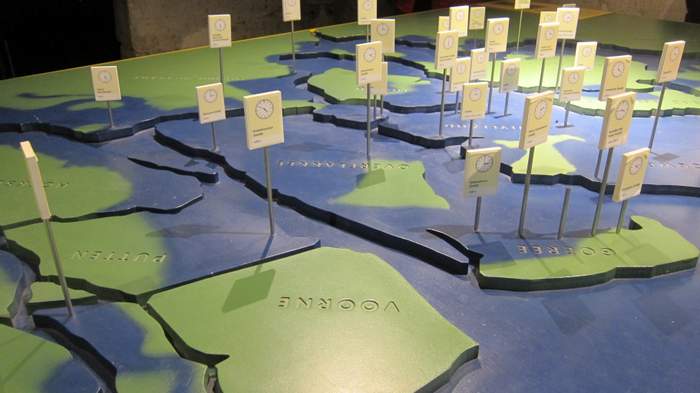 The second caisson (Emotions) is about the victims of the flood, and it provides a space both to learn about and to process grief from the disaster. An interactive display by documentary producer Koert Davidse and multi-media artist Roel Wouters, titled 1835+1 , is presented in a section of the caisson where the original sand remains. Names of victims are projected in light, as though shimmering on water, as voices of survivors tell stories about those lost. The exhibit takes its name from the 1835 official deaths recorded in the floods, plus one infant who was born the night of the storm but perished along with its mother and siblings. 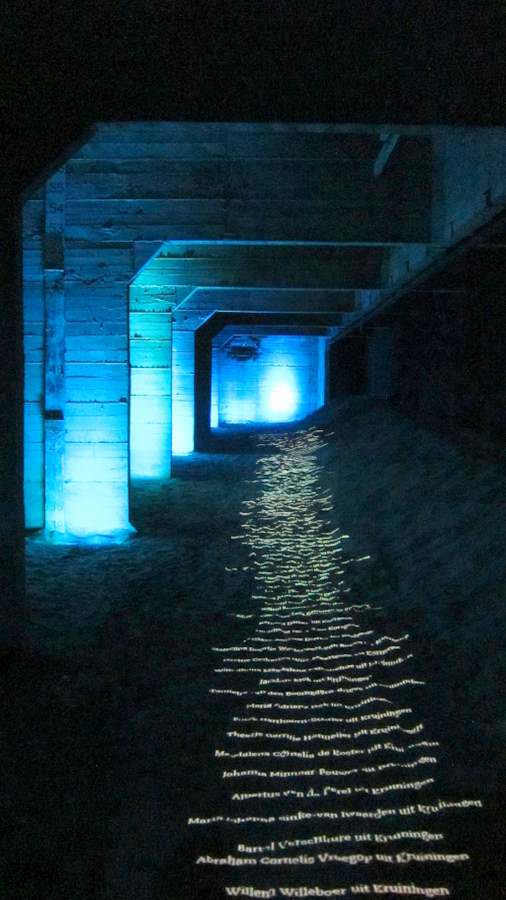 Although many stories and displays at the Watersnood Museum are only in Dutch, the exhibit loses none of its power in translation. “I was in tears,” one American visitor confesses. Indeed, after the exhibit, the museum has a new art installation designed to help soften the emotional blow.

The third caisson (Reconstruction) emphasizes the Netherlands’ efforts to recover and rebuild, and the fourth (Future) presents new flood management projects currently being undertaken around the nation. This forward-looking perspective is an essential component of the museum’s mission not only to retain the memories of this disaster but also to educate a new generation about the flood threat and the need for defense.

“Know where you are living,” says Ria Gulek. “That’s the most important part.” After all, she notes, floods in the Netherlands will happen: “When we live and work with nature, nature is coming back from time to time.”

Have you been to the Watersnood Museum? How was your experience? 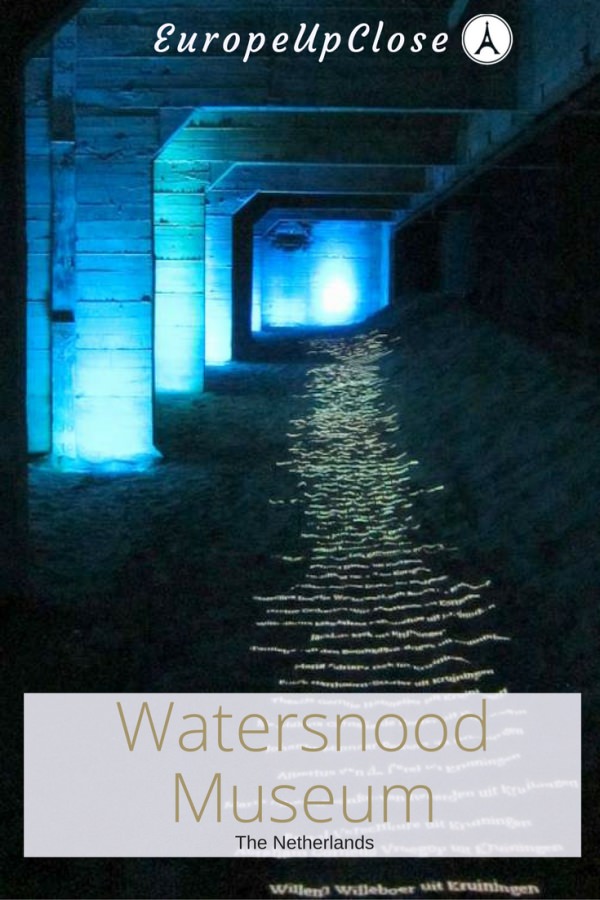 Don’t forget to book some fun activities and tours for your time in the Netherlands!

Written by and photos by Anne Siders for EuropeUpClose.com

Recommended Travel Guides for the Netherlands: