The Jewish Ghetto in Venice

Even as far back in the 1300’s the Jews of Europe were being persecuted. Jews began settling in Venice in the 16th century. They were mainly moneylenders, physicians, artisans and traders. 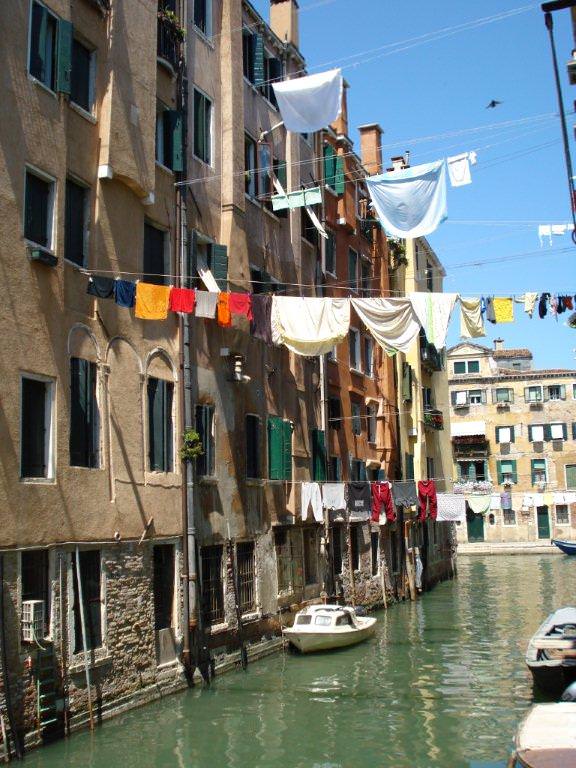 The Jewish Ghetto in Venice

Though the republic valued their services, to placate the Catholic Church they were confined to live on this walled island where drawbridges were raised each evening to enforce a night time curfew. Until Napoleon conquered Venice in 1797, the Jews of Venice were only allowed to live in what is known as the ‘ghetto’, in the area of Cannaregio. 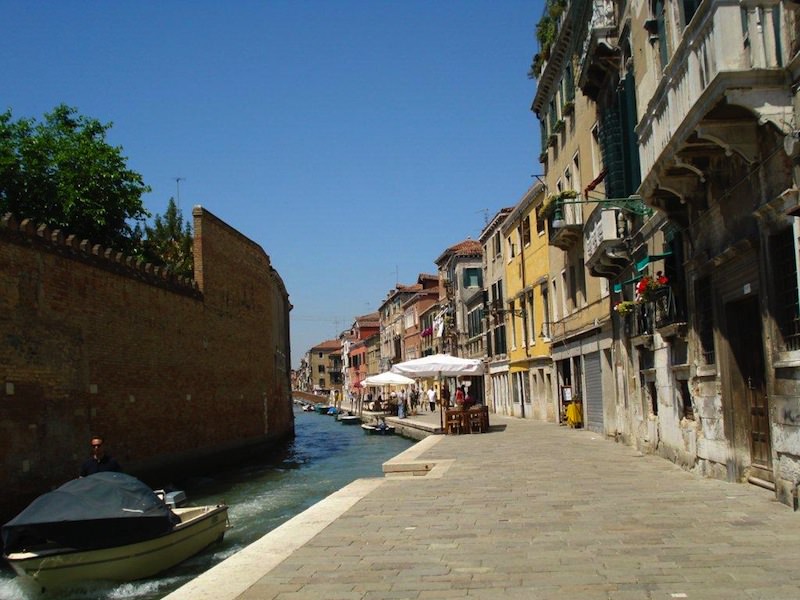 The wall separating the ghetto from the other parts of Venice

The term ‘ghetto’ comes from the Venetian word ‘gheto’ (slag) referring to a metal foundry where metals for canons were cast. Even today the neighbourhood feels cut off from the rest of the city. The Ghetto is divided into two sections: Ghetto Nuovo (New Ghetto) and Ghetto Vecchio (Old Ghetto.) The names actually refer to an older and newer site at the time of their use by the foundries. Actually, in terms of Jewish residency, the Ghetto Nuovo is an older site. The area stretches north from the Grand Canal to the lagoon. I took a vaporetto to the Ponte Gulie stop and walked in through the Camp delle Scuole to the Camp di Ghetto Nuovo. 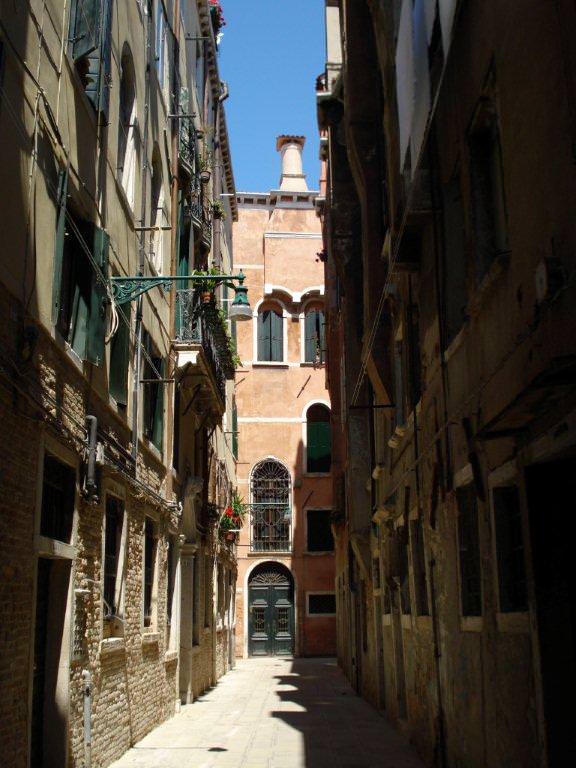 By the end of the 17th century as many as 5,000 Jews lived in the cramped confines of the Ghetto. I got a real sense of the overcrowded conditions in the Ghetto by the extraordinary height of the houses that almost seem to lean into one another. Lines are strung between some houses and washing hangs over the narrow canal. Because the people were not allowed to move elsewhere, there was little to do but to build up. 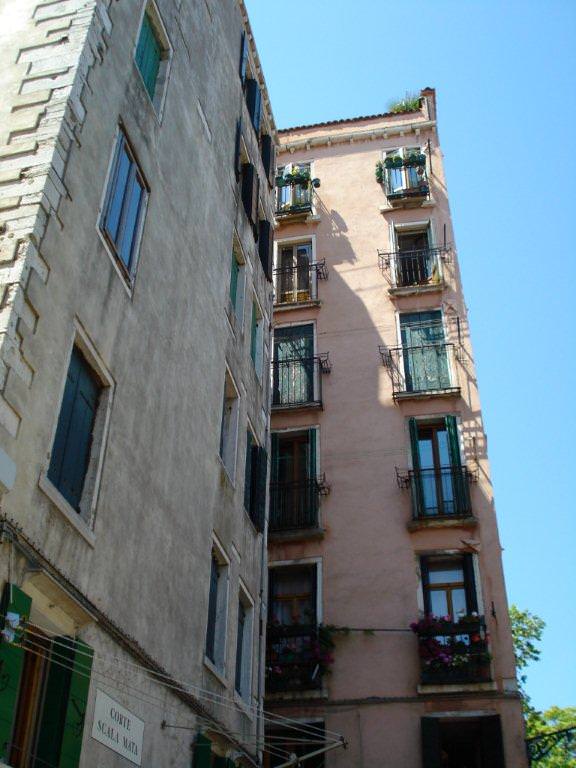 Tall houses in the Jewish Ghetto of Venice

Today there are only about 1,000 Jews living in Venice, and most don’t live in the Ghetto. Although there’s only a few kosher restaurants and food shops left, the neighbourhood still feels cut off from the rest of the city. There are even some of the remaining walls with gateways over the bridges where the people were confined, only allowed to go outside the area at certain times of day. I was particularly drawn to a reminder of the persecution of the Jews by a monument of bas-relief panels in the Campo Di Ghetto Nuova square commemorating Venetian Jews who were deported by the Nazis. 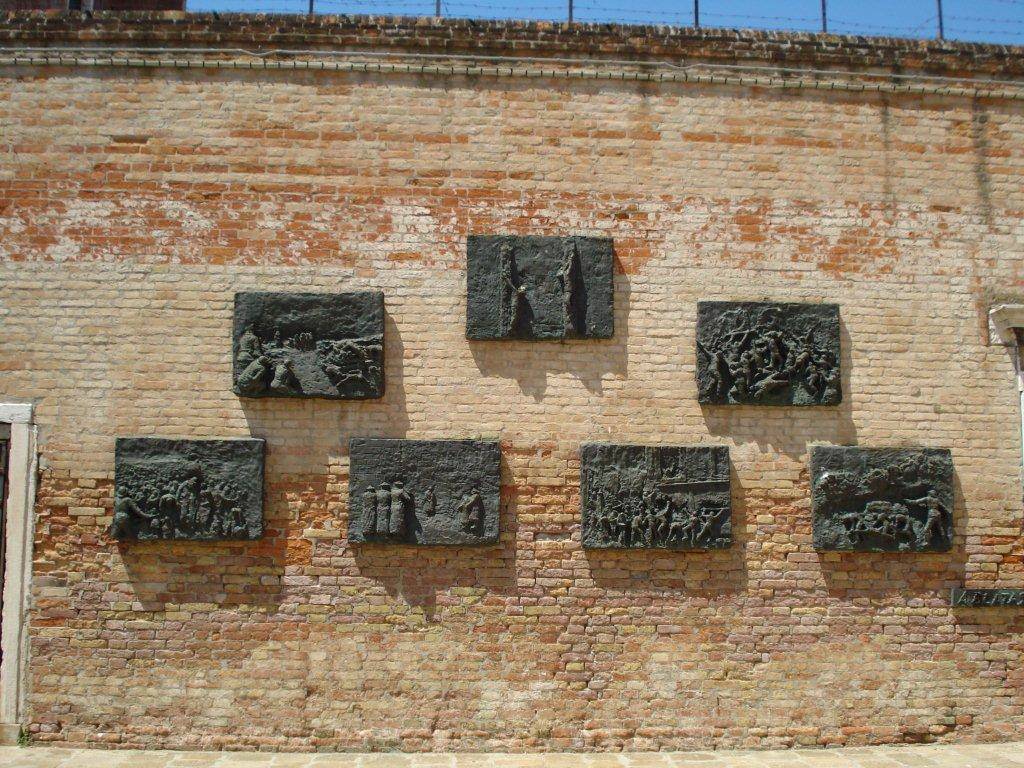 The memorial wall in Venice

The Ghetto is still a center of Jewish life in the city, offering a number of cultural initiatives including an international conference on Hebrew Studies, exhibitions and seminars. There are two synagogues that hold religious services and three others are used for guided tours conducted by the Jewish Community Museum. At the Museo Ebraico which celebrates Venetian Judaism, there is a guided tour of the three synagogues that occupy the top floors of nearby houses.
The museum and synagogue tour is available:
Oct – May, Sun- Fri 10 am – 4pm June to Sept. Sun-Fri 10 -7 pm. 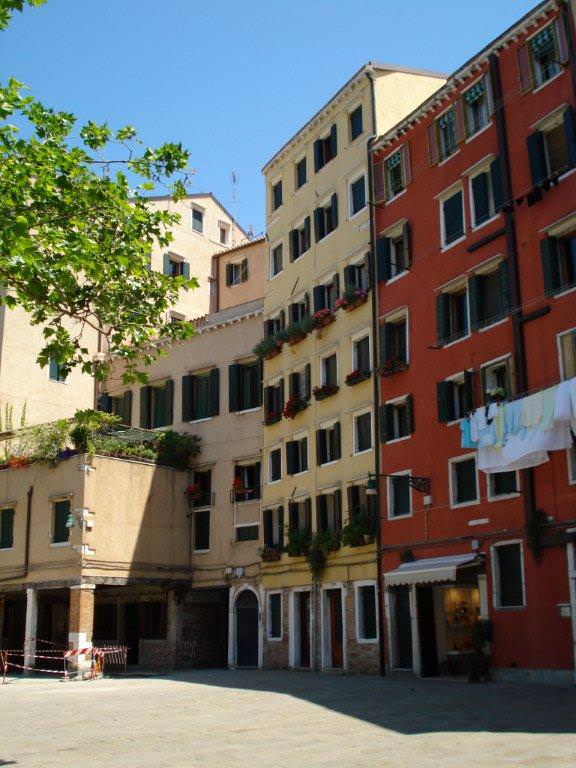 Where to Stay in Venice, Italy

20 Best Things to Do in Venice

Many Jews have certainly suffered more than the average share of hardships from foolish discrimination to heinous decimation, so it's with reluctance that I'm pointing out that--the lovely pictures aside--this article contains the usual cliches and simplifications. For example, what is your source that the Venetian republic confined the Jews to the ghetto to "placate the Catholic Church"? It's simply a human instinct to live in familiar groups. Whether it's religious or ethnic (or even linguistic, occupational or financial), wherever one travels there's always a characteristic neighborhood willingly inhabited by people who share something major in common. Should all of these be called 'ghettos'? For example, did Italians face persecution in North America that precipitated the formation of "Little Italies"?!

As to the cramped, overcrowded conditions... honestly, these photos are typical rustic Europe and could have been easily taken in France or Italy... and I find them charmingly cozy and intimate rather than cramped.

People may be interested in staying with their familiar groups, but putting a wall around them is another story.

lovely post with realistic shots of Venice...all the way the most beautiful place in the world.