Along the rail track near Monastiraki train station in Athens, a team of young archaeology students are digging for treasures. I was told they had discovered a ‘painted stoa’, a popular meeting place during the time of Plato and Socrates. I stand by the fence and watch in fascination as they dust, scrape, and carefully handle pieces of the ancient agora. Finding treasures like these in Athens is nothing new. Everywhere you dig in the Plaka area, you are bound to come across some remnants of the old city. This is most evident at the site of the new Acropolis Museum where archaeologists uncovered layers of Athens from the Bynzantine era to the Bronze Age, much of which is visible under plexiglass flooring. 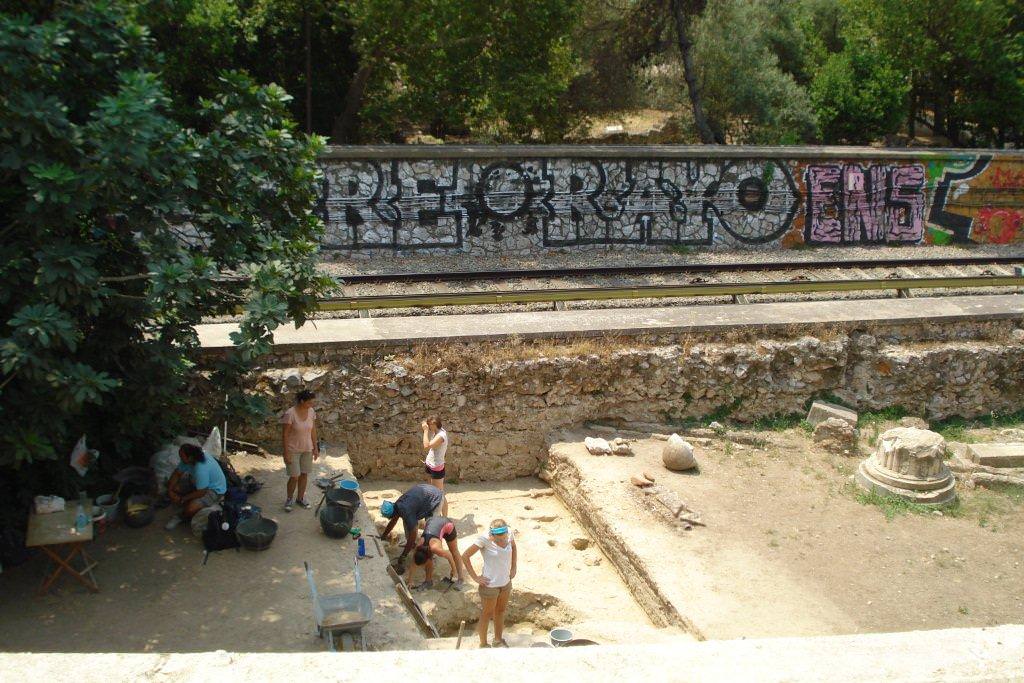 Digging by the rail line in Athens

What is amazing to visitors to the city though, are the treasures on display right in the metro stations. While excavations were going on to build the city’s sleek transit system, the procedure was slowed to a halt many times while archaeologists were called in to examine and excavate pieces of history. This procedure was called ‘salvage’ archaeology because many of the items were damaged. Most of the findings were left in situ so people could see them as they were found allowing an insight into the way life used to be in this great city. All the evidence found was recorded as it provided a history of the past from ancient streets, houses, cemeteries, religious sanctuaries, workshops, aqueducts and cisterns. More than 50,000 ancient articles were found. Today these treasures are on display in six different Metro Stations.

Along Venizoulou Street leading to Syntagma Square there are several fenced off areas of Roman findings including baths, and in the station itself there are cases displaying everything from weaving looms to clay amphorae. As you descend down the marble steps to the concourse of Syntagma station you are entering a slick, modern area; but on the balcony surrounding the lower lobby encased in glass are the artifacts from various periods of Athenian civilization, from Byzantine through Roman to classical Greek and prehistoric. It makes for an interesting interlude in your travels to stop and admire these exhibits, allowing a glimpse into what life was like back in the days when the city was first inhabited. 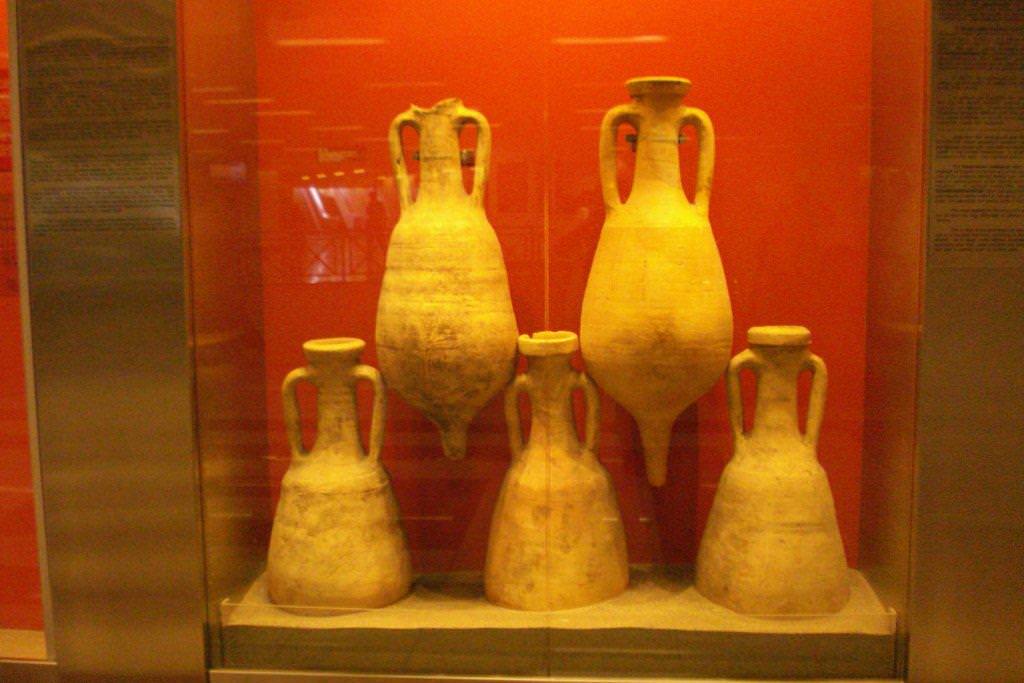 In the Plaka area, at the Acropolis station where you exit for the new Acropolis Museum, there are replicas of sculpture from the east pediment of the Parthenon. Most of the findings from this area are displayed in the Acropolis Museum but a few pieces have been left for travelers to enjoy. Findings date from prehistoric to the 9th century BC and many of them were burials sites including shaft graves, tombs and cremations. Most of these burials were of children. 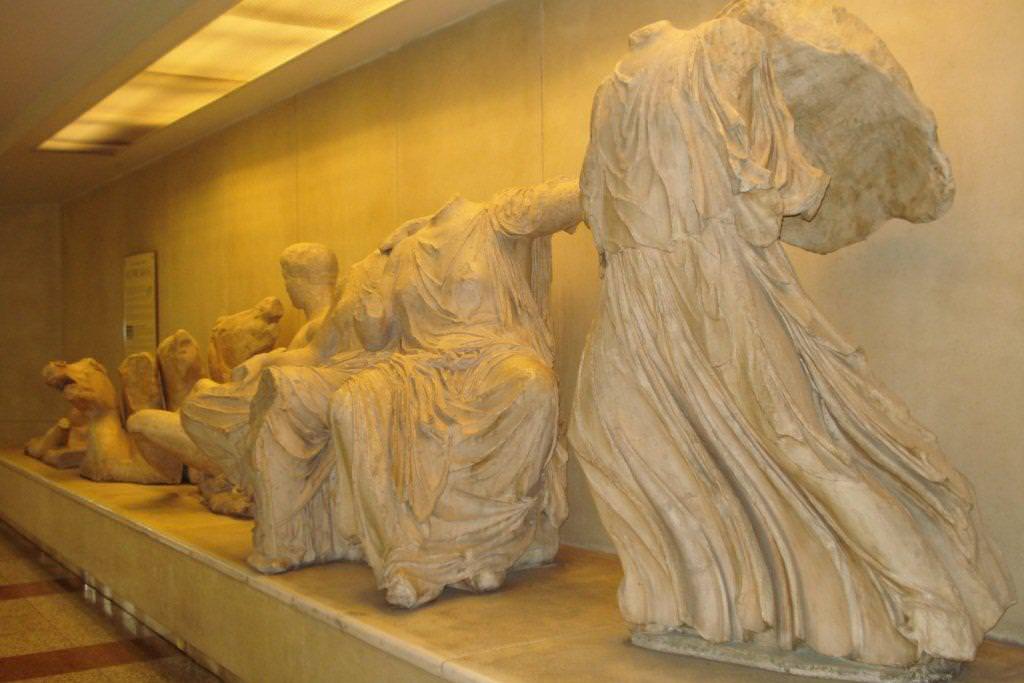 Artifacts at the Acropolis Metro Station

Back at Monastiraki, where the archaeology students are busy at work, I take time to enter the metro station and look at the extensive excavations that are inside the station itself. There are cisterns and building foundations in situ, some from the Roman era. 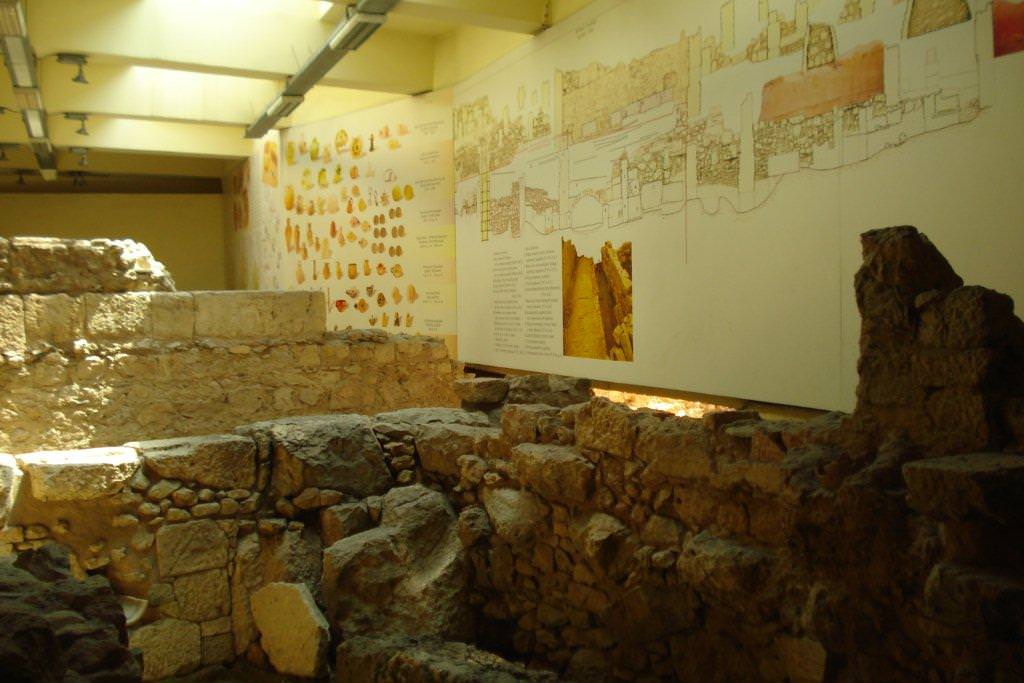 Whether they are mini museums of archaeological finds or just pleasantly decorated stops for transit users, the metro stations around Athens are worth exploring for their artistic decor and slick designs. Even if you aren’t planning to ride the metro it’s worth going into the stations to have a look. If you do ride the metro trains or the tram, a word of warning: watch out for pickpockets. Keep your wallets in your front pockets and your purses and backpacks close to you. Don’t let anyone bump into you or crowd around you.  These slick thieves have become the bane of the city’s transit system.

Written by and photos W. Ruth Kozak for EuropeUpClose.com