Things to Do in Dubrovnik: Much More than Game of Thrones

Mention Dubrovnik, Croatia, and Game of Thrones fans eyes immediately light up. It’s because this charming medieval city is the main filming location for Kings Landing, capital of the Seven Kingdoms in the immensely popular HBO mini-series with a virtual cult following. While there are many Game of Thrones Tours and Activities, don’t worry if this isn’t your cup of tea. The things to do in Dubrovnik are so many, one would actually need a full week! 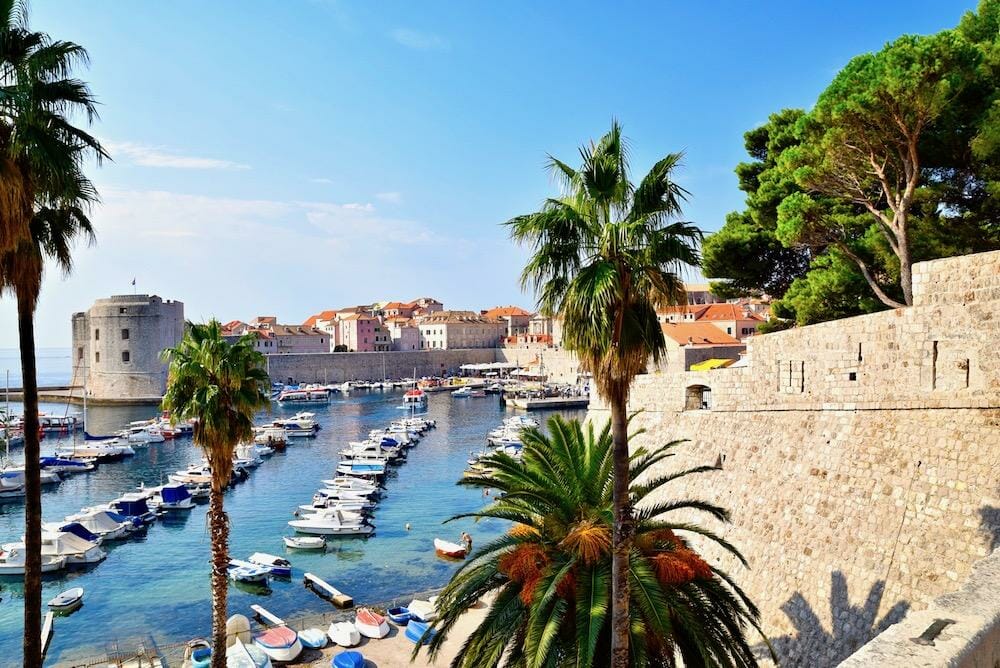 On a recent trip here during our Celebrity Mediterranean cruise, the main goal was to visit the site known as “Kings Landing.” We did, but what we didn’t bargain for was how much more magic there was to this spectacular destination.

Perched on the southern end of Croatia’s magnificent Dalmatian Coast, the appeal of this Pearl of the Adriatic is its unique history and awe-inspiring views.

This remarkable city’s prosperity arose from its shipbuilding and seafaring trade during the Golden Age of the 14th and 15th centuries. During this era, Dubrovnik dripped with Renaissance grandeur and rivaled even Venice as a maritime power.

Old Town with its high walls and bastions was considered to be among the greatest fortification systems of the Middle Ages. This explains its strongly built walls that are meant to withstand pirates and invaders. Today, Dubrovnik is widely renowned as one of the finest and most perfectly preserved medieval cities in the world.  It’s been named a UNESCO World Heritage site because of its profound historical significance and preservation. A walking tour is a great way to explore the city and learn more about its interesting history. 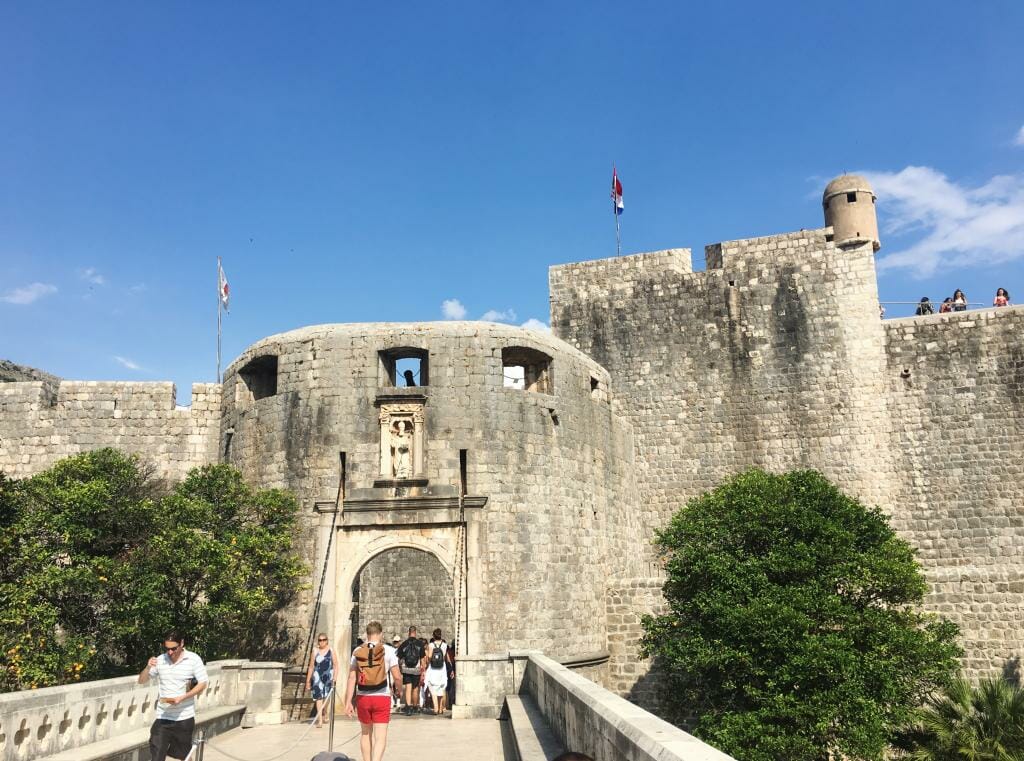 Narrow streets winding underneath towering walls lead to Dubrovnik’s enchanting Old City. Pile Gate on the western edge of the town has been its main portal for centuries. A stone bridge leads to a massive wooden drawbridge, suspended by heavy chains. In earlier times, the drawbridge was pulled up each night to protect the city from invaders. 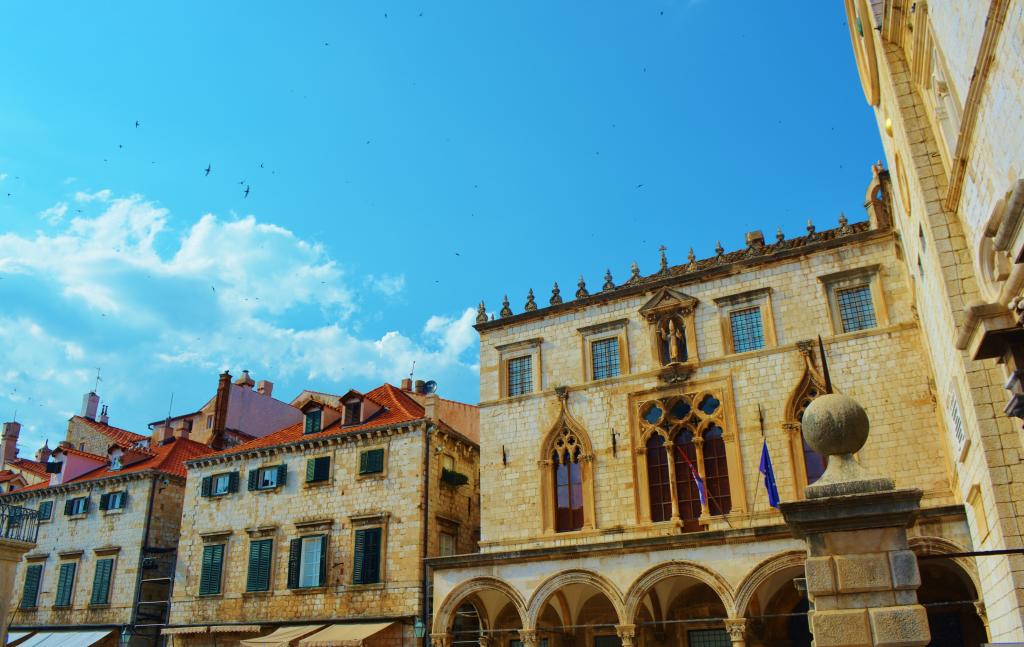 There’s no grass to be found in this walled city. Streets and squares are paved with smooth marble and stone. Its Renaissance and Venetian influenced historic areas along the Placa (main street)are ringed with monasteries, churches, galleries, museums, shops, and cafes. Fountains, palaces, and terraced houses add to its medieval charm.  When streets get crowded as they often do here, an escape into the magnificent lantern-lined narrow alleyways is a perfect reprieve. Here, quaint boutique shops and delightful eateries beckon and beguile enchanted visitors.

Medieval churches are often dominating town landmarks, but it’s the City Bell Tower, soaring high above the stratum of Dubrovnik is the town’s show stopper. Constructed in 1444, the bell’s melodious chimes ring every15 minutes and can be heard for miles. 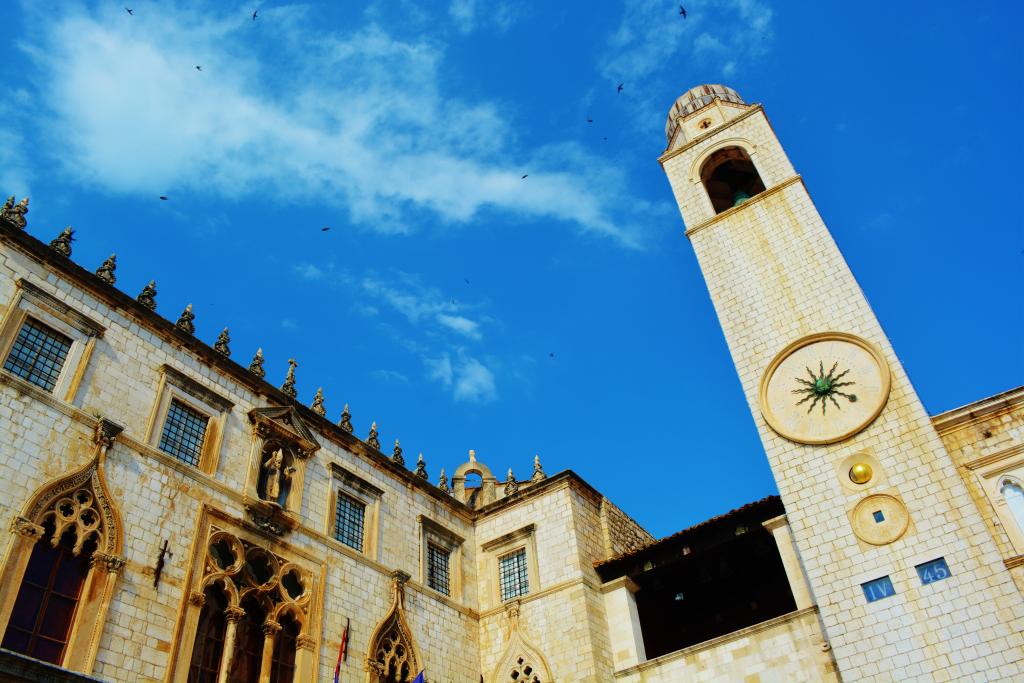 The imposing Romanesque Dubrovnik Cathedral of the Assumption of the Virgin Mary was built in the 17th century. It replaced an older cathedral destroyed in the massive 1667 earthquake.

The impressive basilica is known for its spectacular altars including the violet marbled St. John of Nepomuk. The church’s treasury features 182 gold and silver relics, some set with jewels. Numerous religious paintings including a triptych of the Ascension of Mary created by Titian adorn the wall directly behind the main altar.

One Day in Dubrovnik’s City Walls 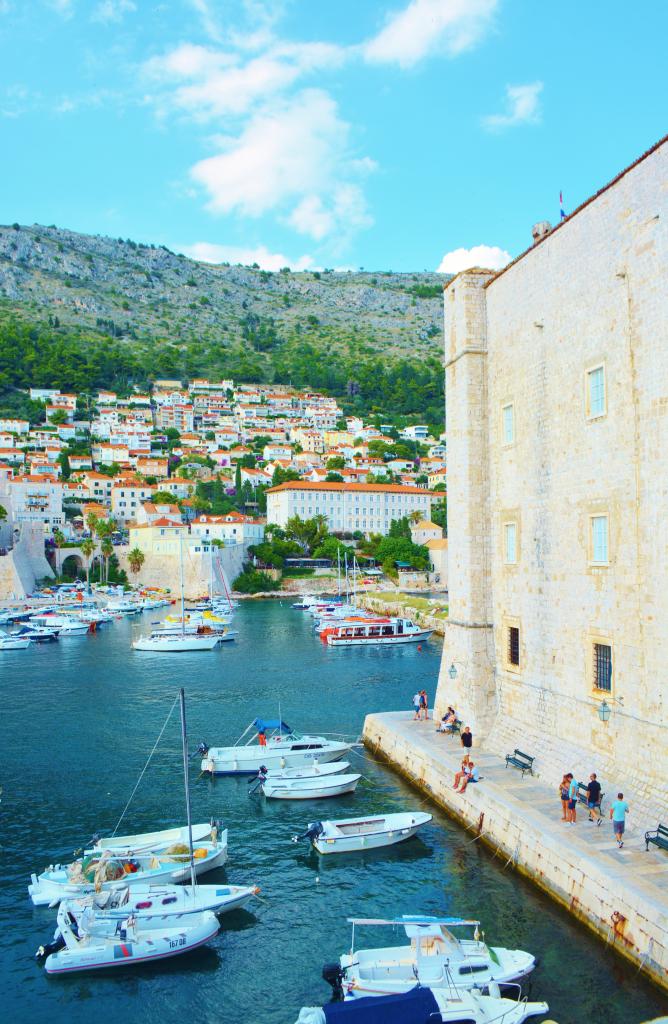 The Dubrovnik Wall Walk is without a doubt the number one draw in Old Town and was the highlight of our “things to do in Dubrovnik” list. The challenging one-mile circuit takes approximately two hours to complete. As the walls and bastions follow the contours of the city’s sloping hillsides, we found ourselves constantly climbing and descending narrow winding stairs.

From high above, we were treated to panoramic views of the town’s patchwork of red-tiled roofs, the shimmering sapphire Adriatic Sea, stunning coastline, and nearby islands.

The highest point of the wall is the Minčeta Fortress. It was originally built in the 14th century is one of the town’s iconic landmarks. This last climb was quite challenging but the magnificent views were well worth the effort.

If you can, visit the wall during the Golden Hour/Sunset for a fantastic photo opp!

Bokar Fortress – Things to do in Dubrovnik 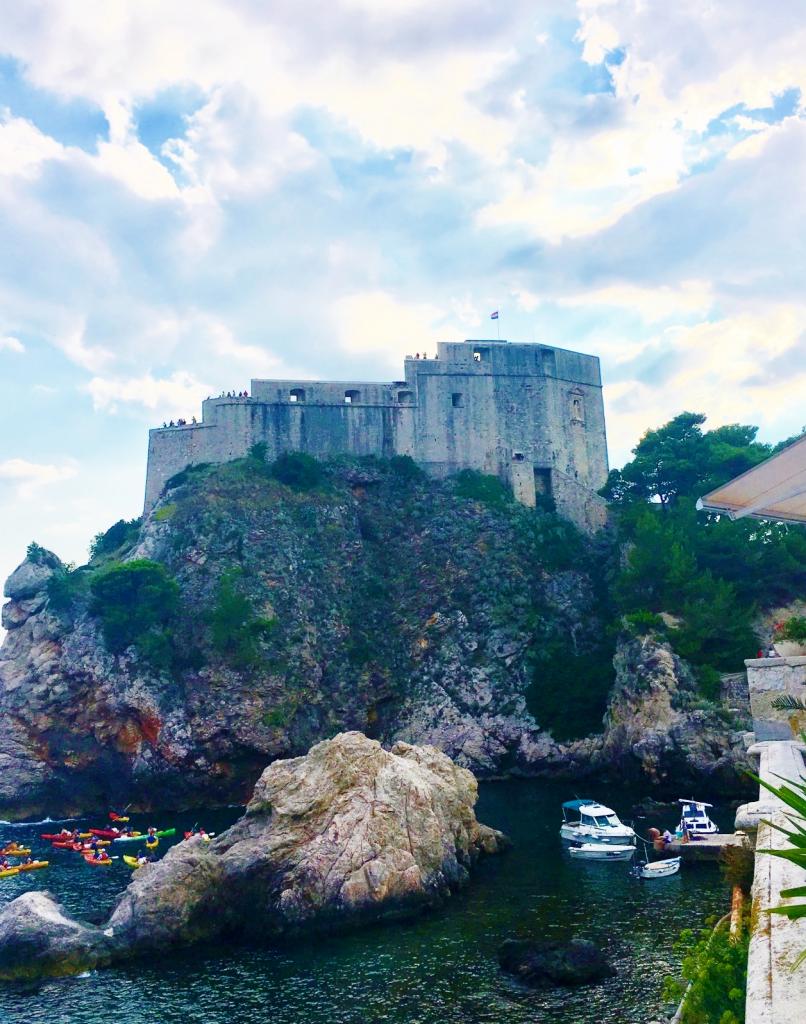 Bokar Fortress, the most dominant of the wall’s fortresses is perched high over the Dalmatian Coast. Built in 1461, it serves as the site of King’s Landing in numerous Game of Thrones (GOT) episodes. Though exciting to experience all these locations featured in the mini-series, truth be told, the wall and its associated structures are magnificent on their own merit.

Though cruise ships dock in the new modern port of Dubrovnik, it’s the Old Port that truly exudes the charm. Even when our things to do in Dubrovnik list was full, we couldn’t go without visiting the OldPort. A myriad of colorful old and new fishing boats moor along the ancient walls of Old Town. 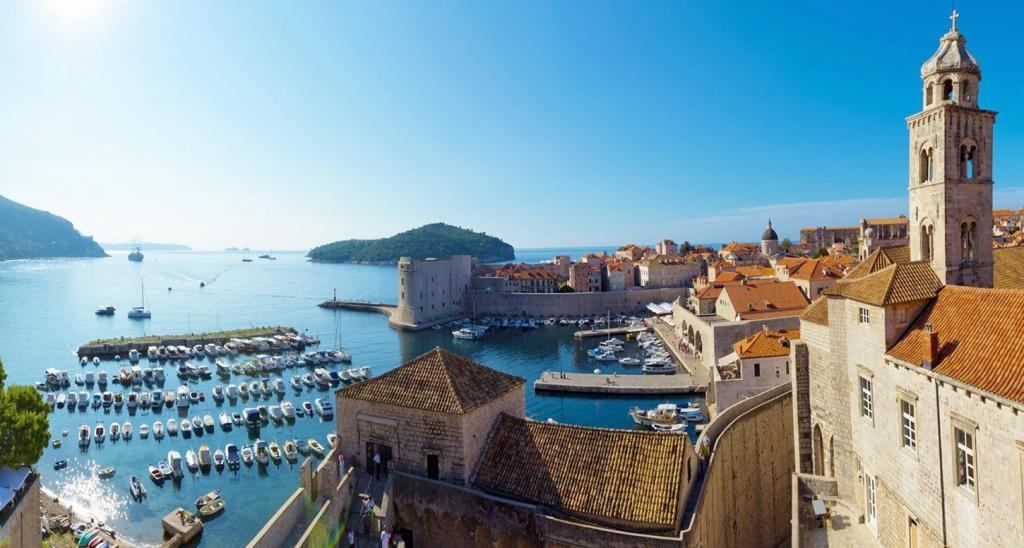 It was amazing to think that standing there on the breakwater; we had the very same view of the medieval town as seafarers visiting Dubrovnik enjoyed in centuries past.

On clear sunny days, we highly recommend viewing Dubrovnik from the air. So hopping on the Dubrovnik Cable Car, we climbed 1,353-feet in the air, soaring over the rocky cliffs of Mt. Srd. Spending one day in Dubrovnik should definitely have the cable car included.

Once on top, we marveled at the incredible vistas—the vast waters of the cerulean sea, and the many islands dotting the horizon. Locals say that on a day like ours, one can see as far as 37 miles.

The people of Dubrovnik are a friendly lot and Old Town has some wonderful taverns and eateries. The Kuna is Croatia’s currency, though some businesses take the Euro and most accept major credit cards.

Seafood is the specialty here due to its seaside location. Restaurants offer a variety of cuisines, but you will find octopus, squid, calamari, and grilled fish on practically every menu.

Oyster farms have cultivated their crop in the seabeds of Mali Stone Bay near Dubrovnik since ancient times. Friends recommended BotaŠare an oyster and sushi bar located in the heart of Old Town. 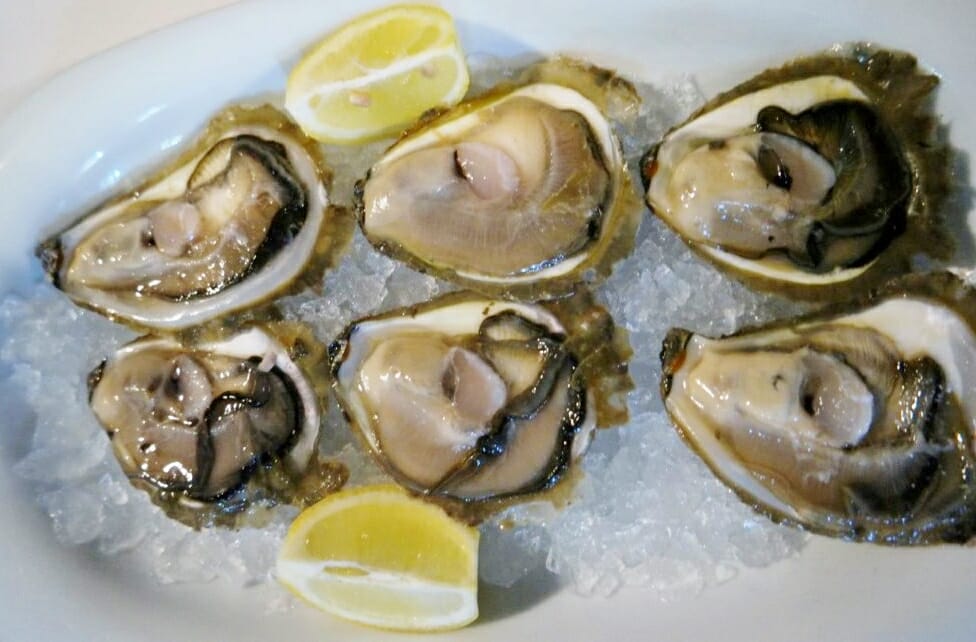 We stopped in for a quick lunch and it was superb. Oysters and sushi were incredible and the outdoor dining surrounded by history and the massive stone walls of the city was a memorable treat.

If you are a foodie, you could also explore more culinary delights on a Dubrovnik Food Tour. 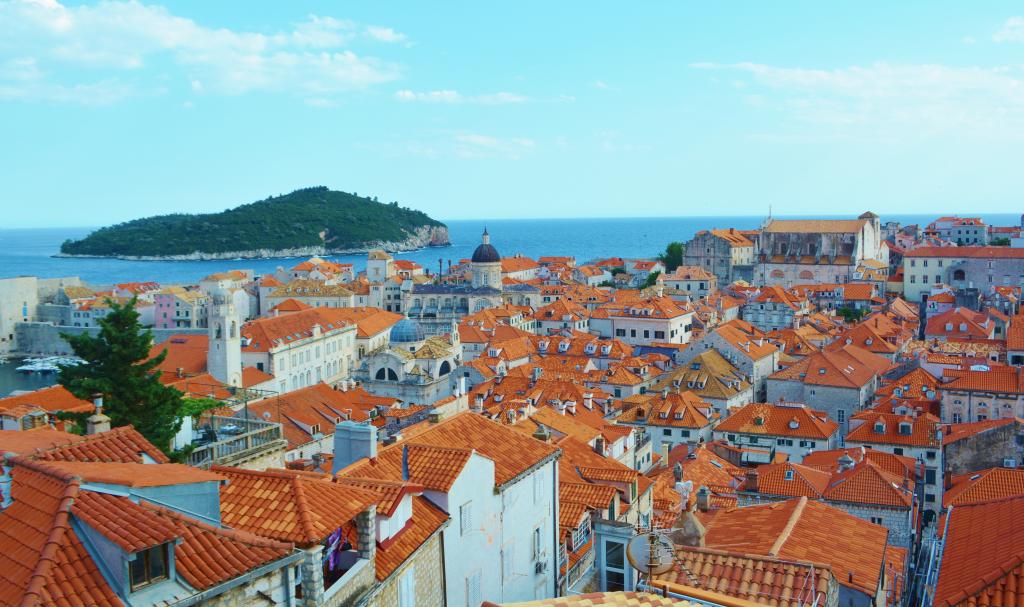 Back on our cruise ship and weary from a long adventurous day we couldn’t help but reflect back on Dubrovnik’s many amazing charms. We heartily agreed one day wasn’t nearly enough. The medieval city rising from the sea will surely beckon our return.

Noreen Kompanik is a travel writer and photographer based in San Diego. Her favorite place to be is somewhere with a beach but she also loves traveling to destinations with spectacular views, fascinating history, and a myriad of outdoor activities to keep her happy. You can follow her stories here.

Pin for later – Things to do in Dubrovnik: 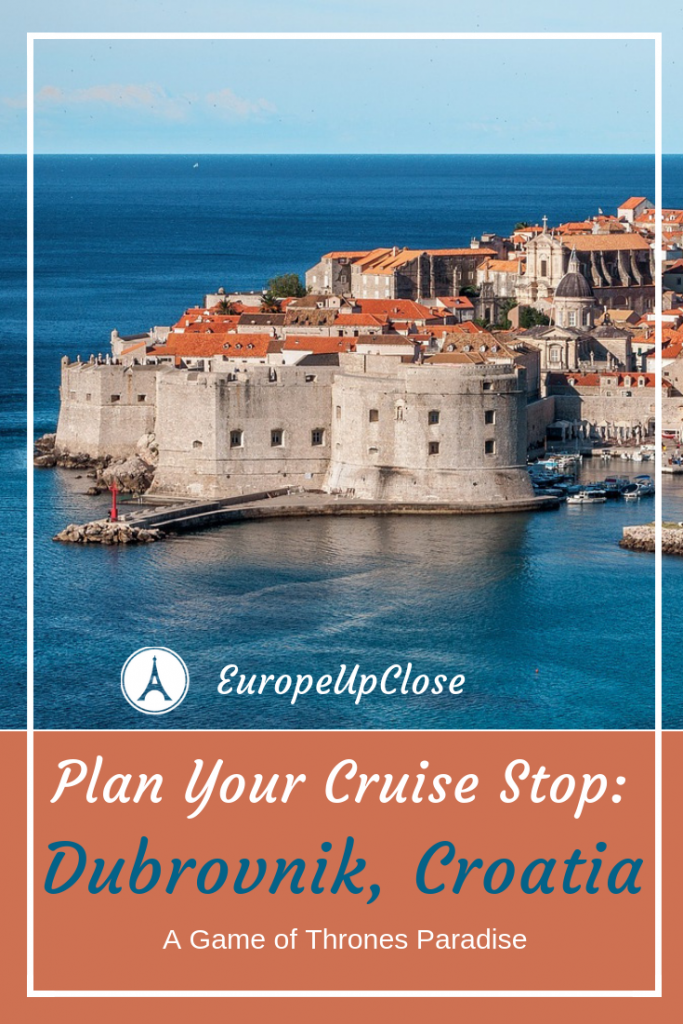 Wonderful blog! Thanks for sharing!

The old town of Dubrovnik is a charming place, can be jam packed with tourists though. Great tips, thank you for sharing your experience.