Introduction to The Netherlands

The Netherlands is one of the smaller countries of continental Europe, but the largest of three countries comprising “Benelux” (the others being Belgium and Luxembourg). Much of the country is below  sea level and the country’s lands have been reclaimed using complex 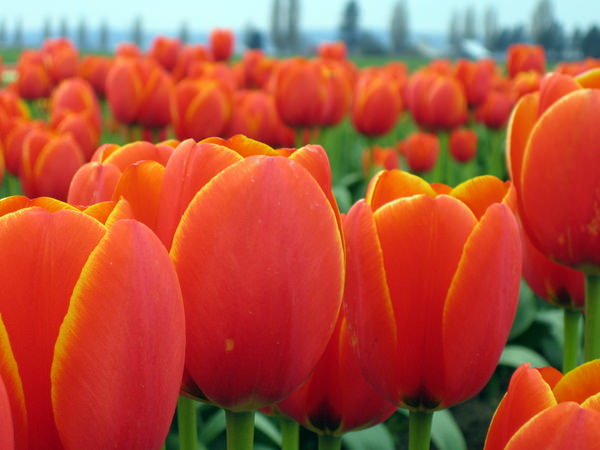 waterworks projects (canals) over the years. The Dutch are known for their relaxed lifestyle, including the legality of prostitution and soft drugs which attract tourists to the country’s capital, Amsterdam.  Cycling plays a huge role in everyday life, and no tourist experience is complete without riding a Dutch bike, either in the city or out into the countryside.

Passports are required upon entering and leaving the European Union of which The Netherlands is a member. Visas are not required for US citizens for visits of less than 90 days. For longer visits, contact the nearest Netherlands embassy.

Visa information
Citizens of countries other than EU member states must apply for a Visa at The Netherlands embassy or consulate in their home country if they desire to remain in The Netherlands for more than 90 days within a six month period.

American Offices
The US Embassy in The Hague provides consular assistance to U.S. citizens

The US Consulate in Amsterdam provides day-to-day administrative services to U.S. citizens.  No appointment is required, however be sure to check the website for hours of service.
American Citizen Services
U.S. Consulate General
Museumplein 19
1071 DJ  Amsterdam
The Netherlands

Currency in The Netherlands 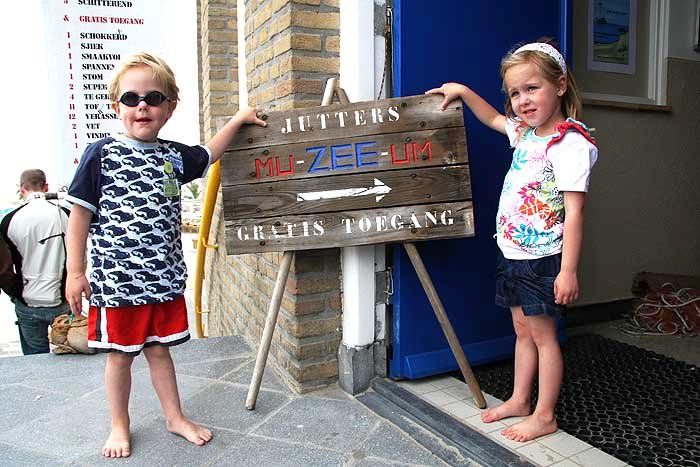 The Netherlands now uses the Euro as a part of the Eurozone. Cash machines (ATMs) are available throughout the country and credit cards are accepted almost everywhere.  While Dutch banks do not charge fees for foreign credit cards, be aware your bank might.

Driving in The Netherlands
The Dutch rail network is so extensive that you’ll find few places that require a car.  However, should you choose to drive, expect to take your time – the country is plagued with traffic congestion so dense that tailbacks in rush hour often reach back into neighboring countries (which being a small country isn’t so difficult). The worst is in the area called the Randstad, comprising of the area between the major cities: Amsterdam, Rotterdam, Utrecht, and The Hague.   Keep in mind speed tracking systems are in use throughout the country, so monitor your speed and do not use a radar detector – they are illegal and police use special monitors to locate vehicles using them.

Electricity in The Netherlands
Electricity is 230volt/50Hz and takes continental European two-prong plugs.  Make sure your appliances can accept the higher voltage of power (American outlets provide 120 volts) or you’ll need a converter and an adapter. Some appliances and computers can accommodate either 120 or 220 volts either automatically or with just the flip of a switch on the appliance. (Check it out before you buy.)

Emergency Numbers
In an emergency always dial 112; the operator will direct you to police, ambulance, or the fire department based on your situation.

Etiquette in The Netherlands
With such an open, relaxed attitude to life, pretty much everything goes here in the Netherlands.  Be prepared for frank, open discussions; politics, sexuality and other topics that are taboo in other countries are simply part of everyday life.

Public Hours in The Netherlands
Shops are usually open by 10AM and close between 5PM-6PM; on Thursdays there is a ‘koopavond’ (shopping evening) where shops stay open until 9PM.  Shops are not open on Sunday except in high-traffic tourist districts.

Safety in The Netherlands
The biggest issues plaguing the cities of the Netherlands are pickpocketing and bicycle theft.  Pay very close attention to your belongings at all times, even in a location which might seem very safe.  Always lock your bike even if you’re only leaving it for a minute.

Time Zone
Central European Time (CET), which places the country on the same time as cities like Paris, Frankfurt, or Rome.  It is one hour ahead of Ireland and the UK.

Tipping in The Netherlands
In the Netherlands, it is law that service charges for the meal are included in the price.  However, exceptional service can be rewarded with up to 10% tip, but it is not expected and not customary unless the service was extraordinary.

Weather in The Netherlands
A day in Dutch life is not complete without a discussion on the weather, which can range from snow to warm sunshine all in one day.  Rain is a common feature, although it rarely rains all day, so be sure to pack accordingly.   Temperatures rarely dip below freezing in winter, and summers can be hot, in the 70s or 80s (F).  The driest, warmest months are July-September.

Getting Around The Netherlands

Air Transportation
Amsterdam’s Schiphol airport is world-class and considered one of the best in Europe.  Flagship Dutch airline KLM dominates but many other airlines service the city.  The airport is well connected to the train network and this will be your airport for air travel.

Bus
Bus services are limited because of the extensive use of rail; most operators run under the Eurolines brand.

Boats and Ferries
Ferry service is provided to the UK by Stena Line , DFDS Seaways , and P&O Ferries.

Rail
Nederlandse Spoorwegen (frequently abbreviated NS)  is the country’s primary operator of the rail network.  There is a national tariff system and integrated timetable.  NS also operates jointly the high speed rail service into Germany (Cologne, Hamburg, Stuttgart) as well as Belgium and Paris services.  In-country services typically do not have assigned seating but you must have a reservation for international services (with the exception of some Antwerp and Brussels trains).  The rail operates in nearly every city in the country, even to the tiniest of villages.

Car Rental
Car Rental companies are the standard set of brands, and it is recommended to make your booking before leaving home.  American citizens are permitted to drive with a U.S. driver’s license for the duration of a visit to Netherlands.

Taxis
Taxis can normally not be hailed off the street; you must go to one of the taxi stands located throughout a city.  For a rural pick up or door-to-door service you must phone ahead; your hotel or accommodation can do this for you.

The state of health care in the Netherlands is of high quality and you should have no trouble finding English speaking services.  If you require medical assistance, contact your accommodation to get in touch with a local physician.

Lodging in The Netherlands

The major cities offer both backpacker-style accommodation, rental apartments, and hotels.  If you’re spending time in Amsterdam, be sure to read about our favorite hotels .

Main Sights in The Netherlands

Amsterdam has the lion’s share of things to see, from the canal houses to red light districts to shopping.  The city has a huge number of museums – check out our listing of the best museums in Amsterdam.

If your timing is right, a trip to Keukenhof to see the world’s biggest flower display will certainly not disappoint.

Leiden is a great village to visit, as well as Delft, as mentioned in our Amsterdam Insider Guide.

Other popular destinations include the islands at the North of the country, as well as Maastricht, tucked away in the very bottom corner of the Netherlands, almost in Belgium or Germany.

Telephones in The Netherlands

Dialing Procedures
To dial a number in the Netherlands from the USA, dial ‘011’ plus the country code of ‘31’ plus the city code plus the local number.

Customs,VAT & Duty Free
When you return to the U.S., you’ll need to declare everything you brought back that you did not take with you when you left. If you are traveling by air or sea, you may be asked to fill out a Customs Declaration Form provided by the airline or cruise ship. Keep your sales slips. Try to pack the things you’ll need to declare separately. Read the signs in the Customs area; they contain helpful information about how to clear Customs.

For complete information on Customs, look at the U.S. Government Customs Website

We have found it such a hassle to try to reclaim the VAT tax that we simply do not bother. If however, you will be spending a great deal of money, it might be worth the many steps you will need to go through.  Also, remember that a 7 percent V.A.T. (Value Added Tax) tax is added to rates for all restaurants and hotel rooms.  Service is included. This 7% V.A.T. tax on services is not refundable.

Travelers to the Netherlands from outside the EU are entitled to a reimbursement of the 16 % V.A.T. (Value Added Tax) they pay on all purchases as long as the purchases add up to no less than 90 Euros in the same store and on the same day. The vendor must provide the purchaser with a duly filled out invoice which includes the price of each good, the V.A.T. paid for each item, as well as the identification (name and address) for both vendor and purchaser. The goods must be brought out of the European Union within three months from the date of purchase.

At the time of departure from Netherlands and final departure from the European Union territory, and before checking in your baggage, you must bring your invoice(s) and the merchandise purchased to the Dutch Customs in order for them to process your V.A.T. refund claim (there is a specific booth for this purpose just prior to the entrance to the international area at the international port, gate or airport).

Great little overview of the Netherlands and the Dutch customs, one thing I cant really agree with is the part about tipping, these days it is more and more common to tip people while heading out for dinner or drinks. It's still not as much and as common as in other countries but it seems to be a new trend.

Koopavond (shopping evening) is not in every city in thursdays. It may as likely be on a friday. It depends per city, but most inhabitants could tell when it is.

Thanks 4 the information. Please sharing the hints to visit all tourist places in Netherland with cheapest & comfortable.

Really interesting articles. I have been a couple of times to Amsterdam and you have covered all the required information pretty well.