Britain is awash with weird and wonderful customs and ceremonies and one of the longest running has to be The Ceremony of the Keys at the Tower of London. 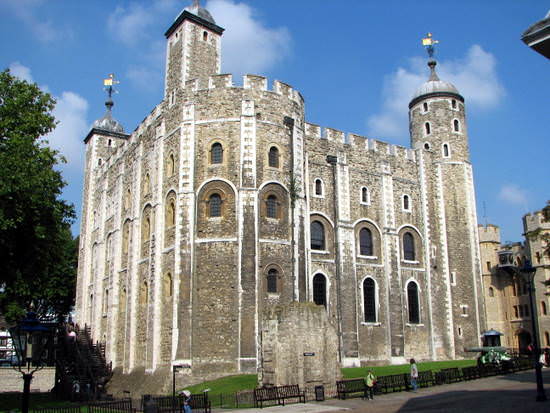 This ancient ceremony has been conducted every night for at least the last 700 years and involves the formal locking of the gates of the Tower of London. Whilst visitors have to pay to visit the Tower of London, it’s possible to attend the famous Ceremony of the Keys free of charge, although you do have to apply in advance for the opportunity.

Although it’s relatively short and sweet, it’s a memorable experience to witness the ceremony first-hand. It was originally an important task to lock up the Tower of London and secure the fortress for the night. Even though the British Monarch no longer lives in the Tower of London, it’s still home to a number of historic and valuable items, including the Crown Jewels, so maintaining security is still as important now as it was in the past. 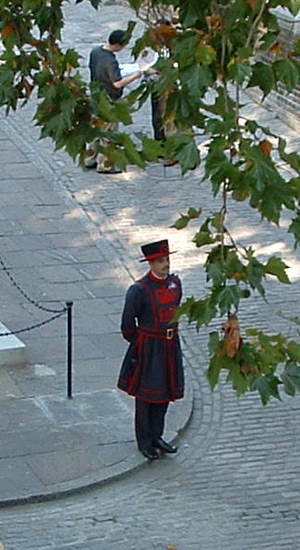 A lot of precision is involved in the ceremony and it takes place at exactly the same time every day. If you’ve got a ticket to attend, you have to be there on time (9.30pm), otherwise you could miss your chance to get in, as late arrivals aren’t admitted.

At exactly 9.53pm, the Chief Yeoman Warder of the Tower marks the start of the ceremony by making his way to the gates from Byward Tower. He wears his traditional red coat and Tudor hat, carries a candle lantern in one hand and the Queen’s Keys in the other.

He walks along Water Lane, to Traitor’s Gate, where he hands the lantern to a soldier, before moving on towards the outer gate. They salute the Queen’s Keys, lock the outer gate, then retrace their steps back towards the oak gates of Middle Tower and Byward Towers. These gates are ceremoniously locked.

As they retrace their path along Water Lane, towards Traitor’s Gate, a sentry stands waiting in the shadows of Bloody Tower archway and asks them to halt before proceeding any further. I won’t give away the rest of the details, but suffice to say it’s the kind of ceremonial procedure you don’t come across everyday and it’s followed to a tee on every occasion.

The only one time when the Ceremony of the Keys didn’t quite go to plan was during the Second World War, when an air raid was going on in central London. As the officials were coming to perform the ceremony, some bombs fell close by, causing the men to be knocked to the ground. True to form, they quickly dusted themselves off, regained composure and continued with the ceremony. Later, they wrote a letter to King George VI to apologise that the ceremony was late!

If you want to attend, bear in mind that numbers are limited – six people per evening between 1st April and 31st October, and 15 per night from 1st November until the 31st March. The ceremony concludes at 10.05pm.

For further information, including details of how to apply for tickets, see Ceremony of the Keys

VERY cool. thanks for sharing!