The Andalusia area of southern Spain is home to dozens of charming small towns, referred to as the White Hill Towns because of the whitewashed walls of the town’s buildings. While there are many towns scattered throughout the region, if you plan to visit a few it’s easiest to make a home base in one place and make day trips to the surrounding towns. 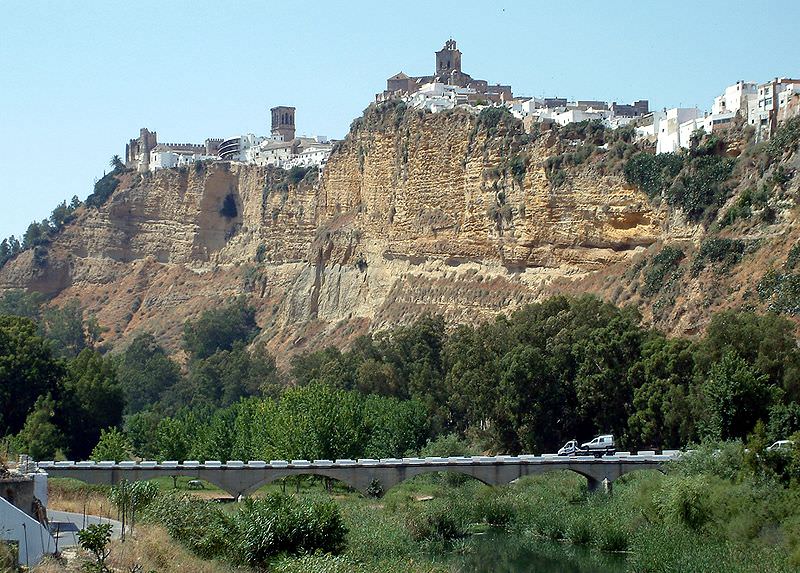 Many of the towns along the coast have become more developed, offering stylish accommodation and upscale dining, while those further inland are more likely to retain their old-world charm. Villages with “de la Frontera” in the name were the towns that stood on the “frontier” between the Christians and the Moors and were often walled fortress towns. Walking along the cobbled lanes of these ancient villages is like stepping back in time. 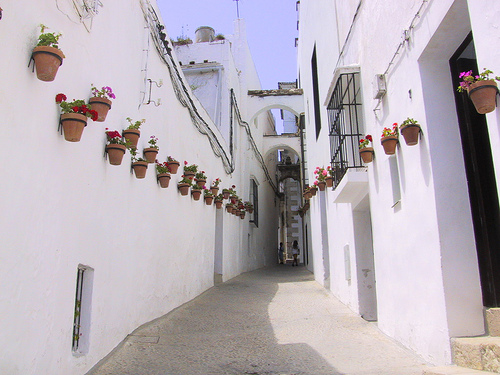 Arcos de la Frontera may be one of the most popular of the white hill towns, because it combines a beautiful old-town center with a more modern and lively new-town area. Here the history of the Moors and Christians is visible everywhere you look. A Moorish castle stands near Christian churches and a still-inhabited convent. Ornate mansions line the narrow, cobbled city streets and provide a glimpse of life for the wealthy families who have lived here for generations. Of course, there is still plenty of low cost dining available at tapas bars tucked into alleyways and you’ll find no pretension among the friendly and welcoming locals. 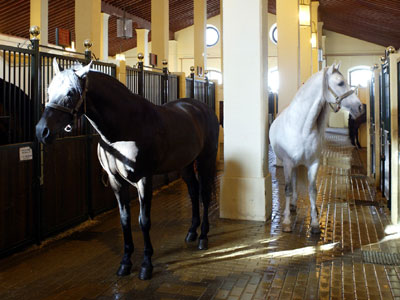 One easy day trip from Arcos de la Frontera is to Jerez de la Frontera, known for its sherry production. Many bodegas in town are open to the public for tours and tasting. The town is where the art of flamenco began – visit the Andalusian Center of Flamenco for an informative look at the history and art of the dance, or simply watch on any street corner as locals perform.  Jerez de la Frontera is also home to the Royal Andalusian School of Equestrian Art, which trains horses and riders in the classical moves of dressage. 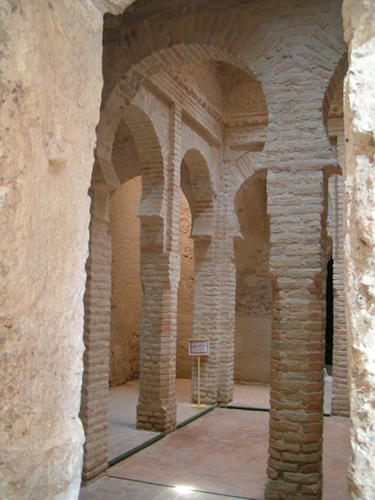 To make the most out of a trip along the route of Spain’s white hill towns, you’ll need private transportation. Rent a car, or if you are feeling more adventurous, travel by motorcycle, which you can rent in any major city.  You can get to Arcos de la Frontera by bus, but many smaller towns, like Zahara, are not accessible by public transportation. This village played an important part in the Spanish conquest of the Moors, but today the sleepy town is better known for its stunning beauty. Tucked into the hillside underneath a towering Moorish castle, the town also contains a reservoir often used for swimming and water sports, making it a great place to add a little relaxation into your exploration of the area.

Unlike the other white hill towns, which were built on hills and cliffs, Setenil de las Bodegas was actually built from the ground up. The buildings of the village were constructed over caves – many of them have rock roofs and even olive groves growing on top. The town is also known as a culinary gem in the area. Surrounding farms produce top quality meats like jamón and chorizo and a nearby bodega, Bodega Las Monjas, produces a local red wine. 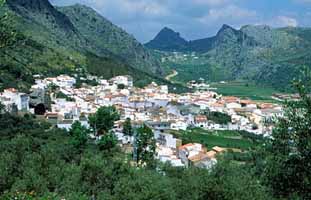 The village of Benaoján is a great jumping off point for visiting the prehistoric cave paintings at La Cueva de la Pileta. The caves were developed in the early 1900’s and are filled with drawings and paintings, the oldest of which are believed to be nearly 25,000 years old. The town itself is quite small, home to only about 1500 people, but its proximity to the caves and to a multitude of picturesque hiking trains makes it a popular stop along the route.

With dozens of other small villages to explore, you could easily spend weeks idling in the charming white hill towns of Spain. Those on a tighter schedule can get a small taste of the local life in just 2-3 days.

[...] be visited as a day trip from the Costa del Sol and one of the largest let alone oldest Andalusian white hill towns.The earliest remains of civilization near Ronda are found in the Pileta Caves, 22 kilometers from [...]

There is in fact a bus service that goes to Zahara de la Sierra, which is a daily service from Ronda. It is interesting that your article is about the white villages (pueblos blancos), and you include one photo taken in Ronda, that of the Arab Baths, yet you make no mention of Ronda.

Ronda is the largest of the white villages, a small city in fact, and is the most important of them.