Few cities can boast as beautiful a backdrop to most any celebration as Prague can, and New Year’s Eve is no exception. Any time in Prague is special, but Winter in Prague? Oh my! On New Year’s Eve, the capital comes alive with lights, noisemakers and firecrackers, and there is no shortage of options for ringing in the new year in style, be it at a classical concert, a Michelin-starred restaurant or a raucous, Champagne-fueled street party. Called Silvestr in Czech, New Year’s celebrations are a force to be reckoned with in Prague. Whatever you choose, should you decide to spend New Year’s in the Golden City, make sure to book ahead if reservations are necessary, as the most popular events will quickly sell out. Here’s a partial selection of what’s going on: 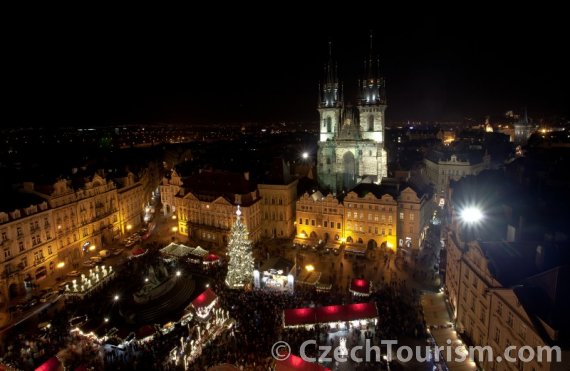 Prague during the winter holidays

The crackle and pop of fireworks can be heard all over the city throughout the evening (and long into the night), as private party attendees and youth on the street set theirs off at regular intervals. The most dramatic show is at midnight, set off behind Prague Castle, illuminating the Lesser Town and St. Vitus Cathedral with a shower of colors. The best places to view these fireworks are along the Vltava River — stake out your spot early along the embankment running between Charles Bridge and the National Theater, or in the narrow, riverside park between Charles Bridge and the Rudolfinum. 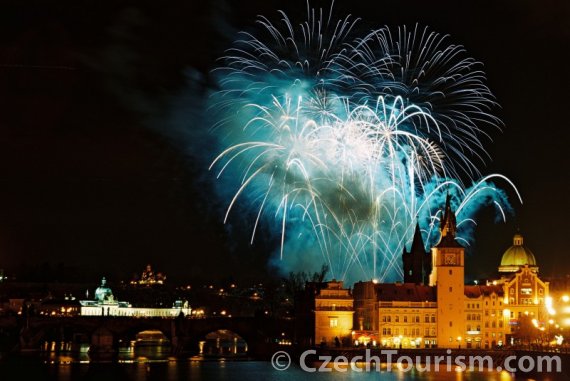 On Old Town Square and Wenceslas Square, the atmosphere reaches fever-pitch come midnight, when the packed crowds light their own fireworks and set off noisemakers. It can get quite rowdy, though, and while police are often on hand to maintain control, there can sometimes be thrown bottles and an almost a riot feel; in previous years, police have restricted the presence of glass bottles within a certain radius of the events. In the run-up to midnight, both squares feature a lineup of concerts and entertainment, and the festivities spill out onto neighboring streets and into local pubs. 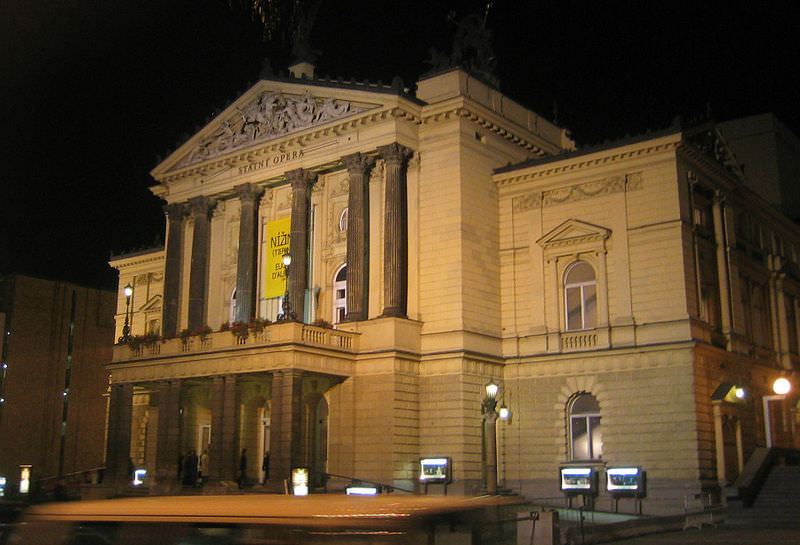 Prague is world-renowned for its Baroque concert halls and talented orchestras, and New Year’s Eve is one of the grandest occasions for these stars to shine. The biggest affair is the New Year’s Eve Gala at the State Opera, a stunningly gilded opera house located just steps from Wenceslas Square. The black-tie affair includes a cocktail reception and a performance of Johann Straus’ Die Fledermaus, with dinner served between acts. A midnight toast will ring in the New Year, followed by a swing orchestra and open floor for all to dance until 3 a.m. Unlimited drinks accompany the buffet menu. Tickets start at 4,500 Kc ($225.) for second-balcony seats and go up to 8,400 Kc ($420.) for boxes. Tickets and more information are available at Bohemiaticket.cz.

Dinner and Dancing in Prague 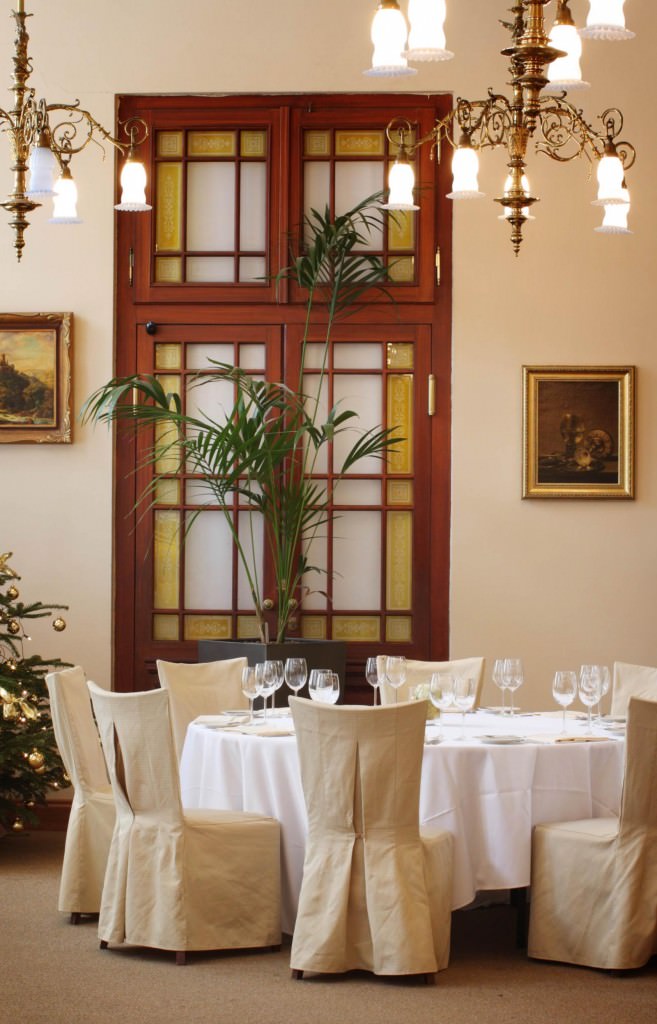 The Kampa Group of esteemed restaurants has several parties planned. At Hergetova Cihelna, which boasts some of the best riverside views of Charles Bridge, has a special New Year’s Eve buffet with beef carpaccio, salmon, oysters, spring rolls, prawns and other seafood specialties. There will be live music, dancers, a disco and the restaurant’s own fireworks display. The cost is 3,900 Kc ($195.) per person.

Restaurant Zofin Garden, located on a small island on the Vltava next to the National Theater, holds an event costing 1,990 Kc ($100.) per person, with a cold and hot buffet dinner, unlimited consumption of beer, wine and nonalcoholic drinks, a midnight toast, a barman show and an early-hours disco.

For a slightly more price-conscious (and Francophile) option, Brasserie La Gare in New Town features a cabaret and eight-course French rotisserie menu for 990 Kc ($50.) and a Brasserie Gala menu (with foie gras, oysters, scallops and squab) for 1,490 Kc ($75.)

For more restaurant listings for New Year’s Eve, check out The Prague Post.

… or, like it’s 2013. Close enough. SaSaZu, an uber-cool and glitzy restaurant and club in the Holesovice neighborhood, is putting on a huge party Dec. 31, with a bit of everything, starting with a ballet by Prague’s State Opera ballerinas and followed by DJ Juan Sanchez from Amsterdam. Tickets are 660 Kc ($33.) for women and 990 Kc ($50.) for men. 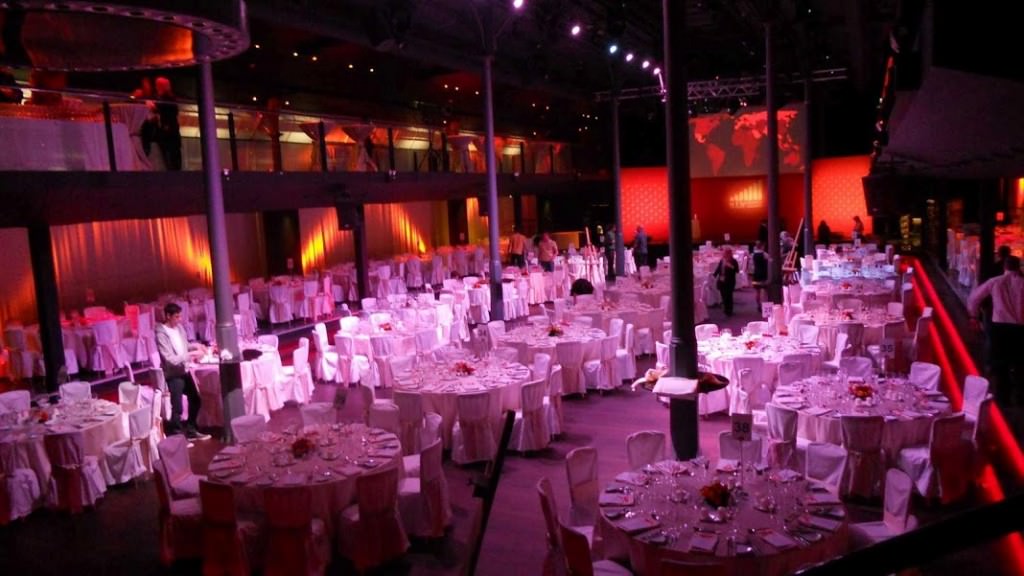 You can take in all the sights by night with the Prague Party Boat, which runs up and down the Vltava blasting beats and disco lights, and for New Year’s there’s a buffet dinner, DJs and dancing. At midnight, you can watch the fireworks display over the castle from the boat’s deck.

Written by Guest Contributor Fiona Gaze for EuropeUpClose.com Fiona Gaze is a food and travel writer based in Prague.