Irkutsk makes a pretty nice exile. When Russian army officers rose up against Tsar Nicholas I in 1825, they hoped for a better Russia: land equality, more representative government. Unfortunately, the Tsar’s guards trounced the Decembrists, hanged the leaders, and sent the rest to Siberia. Packing up their wives and candelabras, the Decembrists set out for Irkutsk. At that time, the city served as a fort and trading outpost. Set near Lake Baikal, the world’s deepest lake, it was a cold, distant place. But with the influx of sophisticated urban exiles, Irkutsk became Siberia’s cultural center. 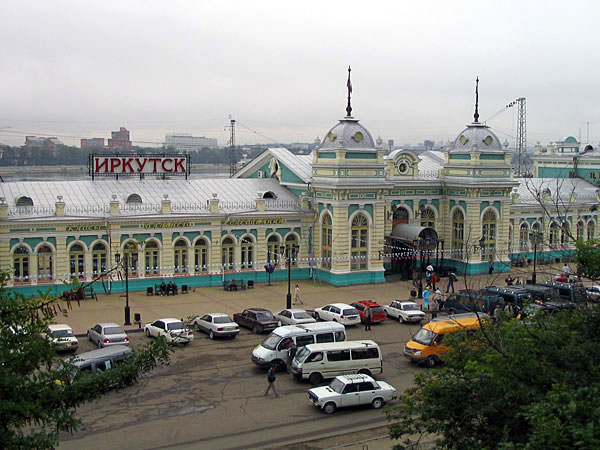 These days, Irkutsk retains the genteel overtones of its revolutionary residents. A tram rattles through the center of town; university students sip coffee in the parks. Wide boulevards give the city a cosmopolitan feel. While mainly visited for its proximity to Lake Baikal, Irkutsk city is not a gray, industrial center. Unlike many Siberian towns, it has plenty to recommend a longer stay: 200-year old churches, funky little museums, and lovely walking in Siberia’s lingering summer dusks.

Maria Volkonsky followed her Decembrist husband into exile, giving up a life of luxury in Moscow. However, she wasn’t content to waste away in Siberia. Volkonsky set up salons, wore the latest fashions, and contributed to philanthropic causes. Along with her fellow exiles, she gave Irkutsk the nickname “Paris of Siberia.” 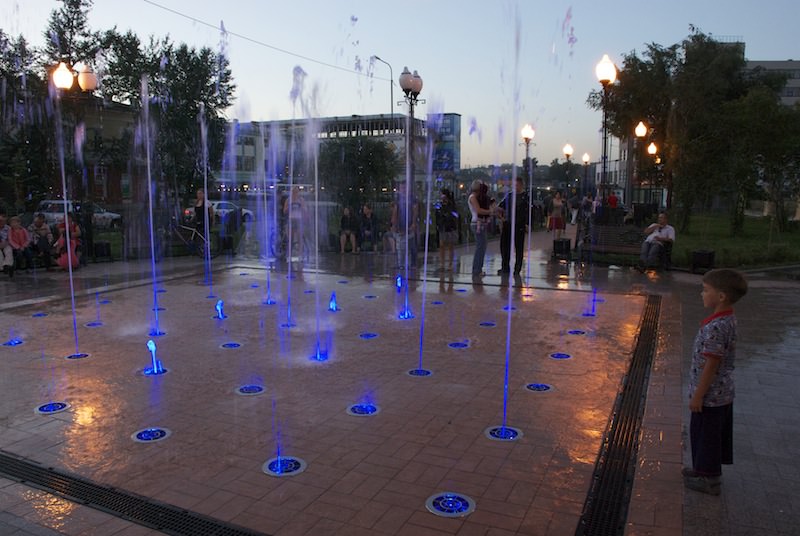 Today, Volkonsky’s home is a museum. Preserved furniture – including the family piano, which accompanied them into exile – give a sense of how the nobility created a modest luxury far from home. The small museum focuses on the roles of women during the exile period, many of whom voluntarily chose a life in Siberia to separation from their families.

Traditional Siberian architecture stands out. Constructed of dark wood, built in almost log-cabin style, the Siberian homes often have intricate carvings along eaves and windows. Places where light enters the building – windows and doors – are painted bright, summery blues and greens. Once built up entirely of log cabins, Irkutsk began to shift to stone after several catastrophic fires. While some of the old wooden buildings have fallen into romantic disrepair, they appear by no means abandoned; the shabbiness merely contributes to the atmosphere of cultured exile. 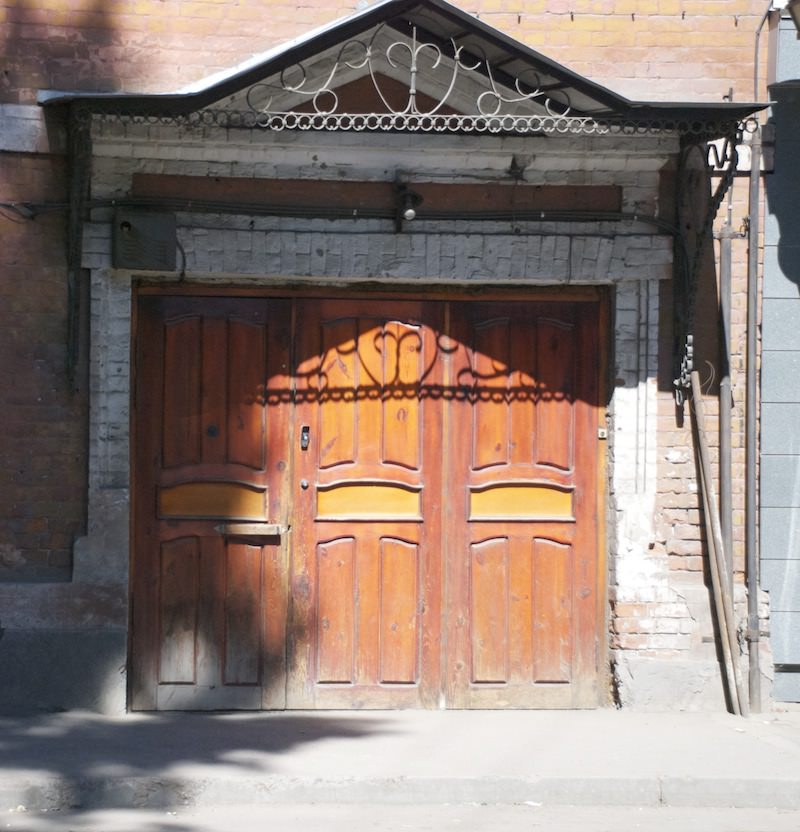 If scalloped moldings and lacy wood carvings are your thing, the Taltsy Museum of Wooden Architecture might intrigue. Gathered into meadows along the road to Lake Baikal, the buildings showcase architectural styles from across Siberia. For what are, essentially, very impressive log cabins, most feature surprisingly delicate details: window shutters, overhung eaves, herringbone wood inlay. Buildings range from farmhouses to an onion-domed church.

Near Znamensky Monastery in Irkutsk, another important piece of local history glowers down at the landscape. A statue of Alexander Kolchak, briefly the Supreme Leader of war-torn, post-Tsar Siberia, commemorates his life and execution. During the Bolshevik Revolution, the naval commander became leader of anti-communist White forces.  Based in Siberia, the White Army fought the Communist Red Army under Kolchak’s harsh rule. The ensuing civil war lasted for several years, but Kolchak was eventually caught, tried, and executed; the Red Army dumped his body under the ice of the Angara River. The statue, built in 2004, gets mixed reviews: some view Kolchak as a symbol of Siberian pride, while others recall his more dictatorial tendencies. 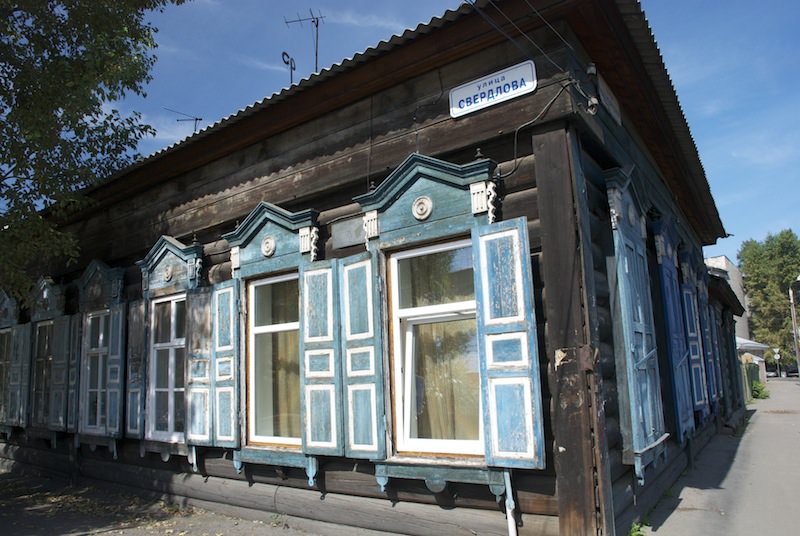 Of course, people get off the train at Irkutsk for one main reason: Lake Baikal. Set against mountains in remote Siberia, Baikal has an almost mythical ring to it. Buses run daily from the bus station in Irkutsk so the lakeside village of Listvyanka. The ride takes a little over an hour, passing through thick coniferous forest; finally, the gray-blue matte of the lake begins to shutter between the tree trunks. The minibuses that troll around outside the bus station are cheaper and faster; however, you’ll have to wait until they fill up to depart.

The city has developed a tourist economy and caters to many domestic as well as international visitors. Restaurants serve not only Russian, but also local Buryatian and Mongolian cuisine. Plenty of cafes offer respite from the summer heat or winter cold; often, students from one of the city’s many universities pack inside during the twilight hours, exchanging dreams of fast cars and clubs in the capital. They may bemoan their isolation, but for the Trans-Siberian traveler, Irkutsk makes a delightful banishment.

[...] who leave Moscow on the Trans-Siberian Railway stop at Irkutsk, the closest city from which to visit Siberia’s jewel, Lake Baikal. This world [...]

Riding the Trans-Siberian: The End of the Line | EuropeUpClose.com

Great to know that the city has improved its tourist spots. I do want to come there to try out Russian cuisine and delicacies. I hope soon.