If there is one street that epitomizes Parisian chic, la Rue du Faubourg Saint-Honoré, in the 8th arrondissement, is it.  Curiously, the 2km-long rue did not integrate the French capital until 1860, after the city’s limits were redefined. Back in the 18th century, it was known as a mere country road outside the capital’s gates. An extension 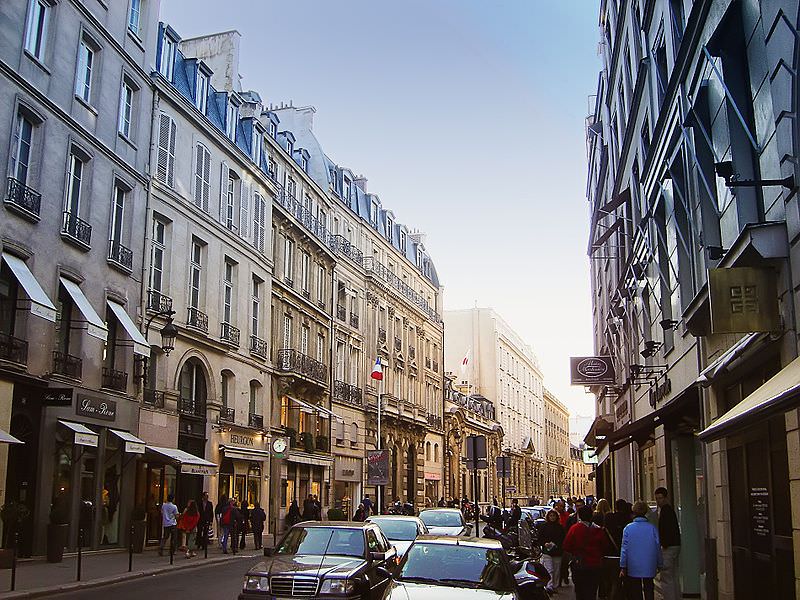 of the rue Saint-Honoré, (1st arrondissement) it led to the Village Roule that surrounded Paris. The road kept expanding and took the name of Rue Neuve Saint-Honoré before finally becoming Rue du Faubourg Saint-Honoré in the 19th century.

The new street attracted noble families who lived in the lavish mansions that they had erected. Businesses moved in and so did artisans, among which young and talented creators — Louis Vuitton, Lancel, Thierry Hermes and Jeanne Lanvin to name only a few. The district’s popularity continued growing and the once dirt road turned into one of the most affluent shopping venues and coveted addresses in the world. A reputation that lives on. Mostly known for the haute-couture boutiques that line it, the rue du Faubourg Saint-Honoré, however, houses a myriad of hotels, restaurants, bars, salons de thé and ‘in’ places that make it one of Paris’ liveliest spots.

Francoise Itinerary
My good friend Françoise who lives in Marseille often travels to the capital. Whether she goes to Paris for one day or one week, she always takes the time to head to the famous street. Narrow and treeless, it nevertheless remains fascinating to anyone with a passion for elegance and grand luxe.

“I’ve a ritual. I try to arrive at around 11:00am when all the shops are open and the crowd of visitors and shoppers is less dense,” my friend says. She first stops at L’Institut Lancôme where she has booked an appointment for a skin diagnosis weeks in advance and where she will get her favorite Lancôme’s fragrance, Climat. A visit at Salvatore Ferragamo’s is next on her agenda. I’m crazy about shoes and, in July, the store has great sales,” Françoise says. 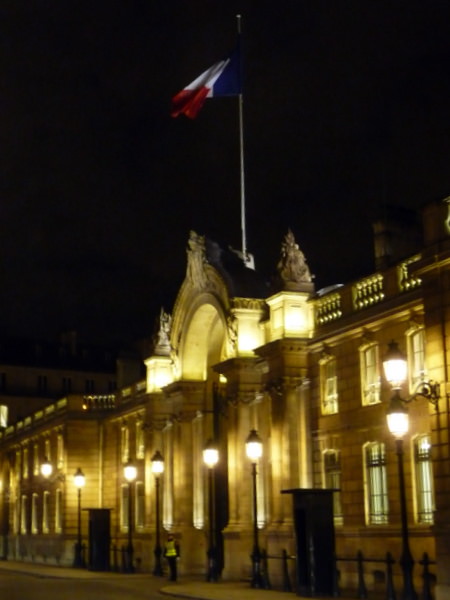 On her way to pick-up a friend, she walks by the imposing Palais de l’Elysee. Prior to becoming the French Republic Presidents’ home, the Palace was home to Madame de Pompadour, a printing shop, a dance school and King Louis Philippe. Another building that captures her imagination is the US Ambassador’s residence, formerly known as the Pontalba mansion. Built in the 19th century between ‘cour et jardin, the house’s entrance features an archway, high enough for a horse-drawn carriage to pass through.

It’s apéro time, a tradition that Françoise relishes. Today, she is meeting her girlfriends at the bar of the Hotel Costes, one of Paris’ most  ‘branchés’ (‘in place’ in French) establishments and a favorite spot of the international jet-set. “You always run into movie stars or top-models sipping a glass of champagne. It’s quite a scene. I often take a drink here because the Italian-Baroque décor creates a peaceful ambiance. I also enjoy the courtyard café. You feel like you are in a different world, away from the street’s hustle and bustle,” my friend explains.  Apéros are made to relax and…whet the appetite. Fortunately, many gastronomical restaurants have settled on the street. Françoise, a 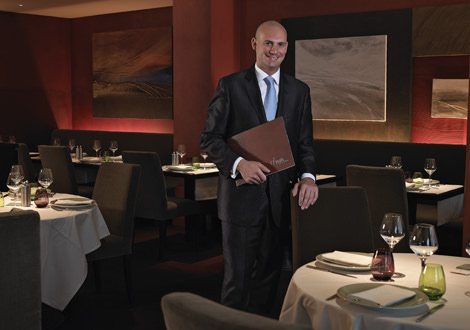 gourmet cook herself, fancies L’Angle du Faubourg for the warm atmosphere and exquisite food. “The braised lamb is out of this world. And for dessert, I highly recommend the pannacotta vanilla and bourbon pastry.”

Now that she has refueled her energy, Françoise is ready to hit the stores until she drops. “I’ve done my homework.  I’ve prepared a list of things to do,” she says. What’s on her list today? A stop at Dolce&Gabbana to peek at the children’s line of clothing followed by a visit at Frette, a home decor boutique that carries sumptuous linen and, finally, a chocolate shopping-spree at Patrick Roger’s.

“Strolling up and down la rue du Faubourg is like finding myself in wonderland. The window displays are works of art, each one more creative and sumptuous than the other. I can’t resist ‘faire du lèche-vitrine’ (literally’ leaking windows,” the equivalent of window-shopping in English). Today, Françoise enjoys ‘ 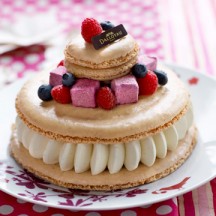 Ouf! No matter how fanatical she may be, there comes a point where Françoise’s legs refuse to carry her. It’s time for tea at Dalloyau, a salon de thé known for its delectable fig tarts, among other home-made délices.

You would think that by now our inveterate shopper is ready to head home or to her hotel. Nope…Not until she has attended a concert at la Salle Pleyel and enjoyed supper at the café on the second floor or the Cantine du Faubourg. Et voila! 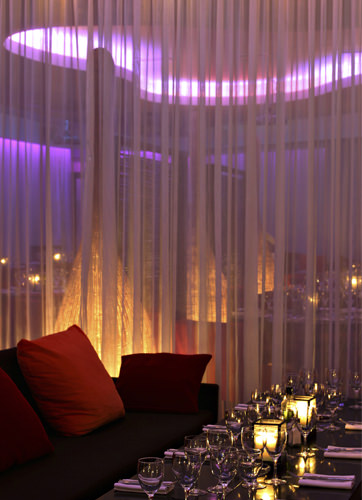 Historical sites to see on Rue du Faubourg Saint-Honoré
The entrance gate to the Hôtel Marbeuf is listed, no.31
Saint-Philippe-du-Roule Church, at the junction of the street with the Rue de la Boétie.

Teatime
Mariage Freres, no. 260.  No place can beat the tea emporium with its selection of more than 100 teas.
Les Delices du Faubourg, no, 108. Pastries but also salads and sandwiches. 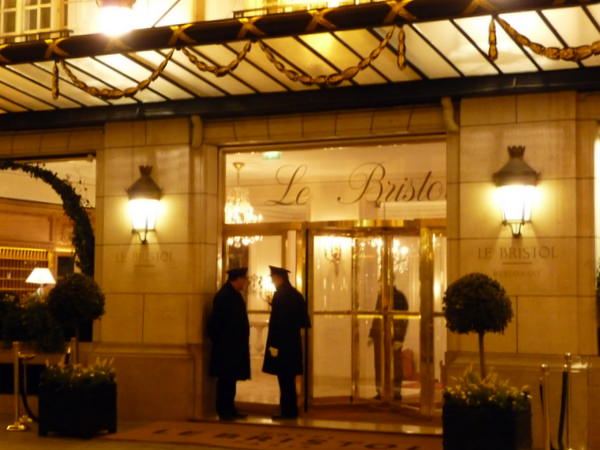 I wish that I had known of this place. I usually just go to the same old place cause I cannot speak French and am afraid of getting lost, so I stick to what I know. Paris really has so much more to offer than I could imagine.

I don't speak French either, and I am able to get by. People are generally kind and as long as I try, they help me out.