For a spectacular view of the Eiffel Tower and a tour of some intriguing museums, head for Palais de Chaillot, in Paris’ 16th arrondisement. The Palais, which stands on a hill on the right bank of the Seine, above Trocadéro 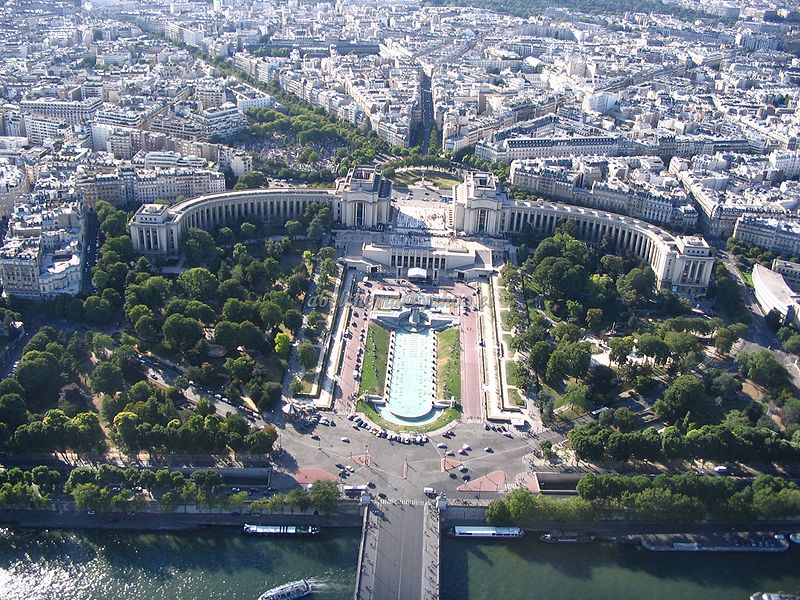 square and gardens, directly faces the Eiffel Tower across the river. The grand square between the building’s two large, curved, colonnaded wings is always busy with wedding parties posing on the steps and tourists snapping photos of the Eiffel Tower, fountains, columns and gilded statuary.

Palais de Chaillot was built in 1937 for a world exhibition. The site has become a symbol of human rights; here, in 1948, the UN General Assembly adopted the Universal Declaration of Human Rights, and the esplanade is known as the Esplanade of Human Rights. In 1985, President François Mitterand proclaimed the plaza the “Place of the Liberties and Rights of Mankind,” and in 2005, 60 years after the World War II concentration camps were liberated, a marble plaque stating this was put in place.


Museums of Architecture and Humanity 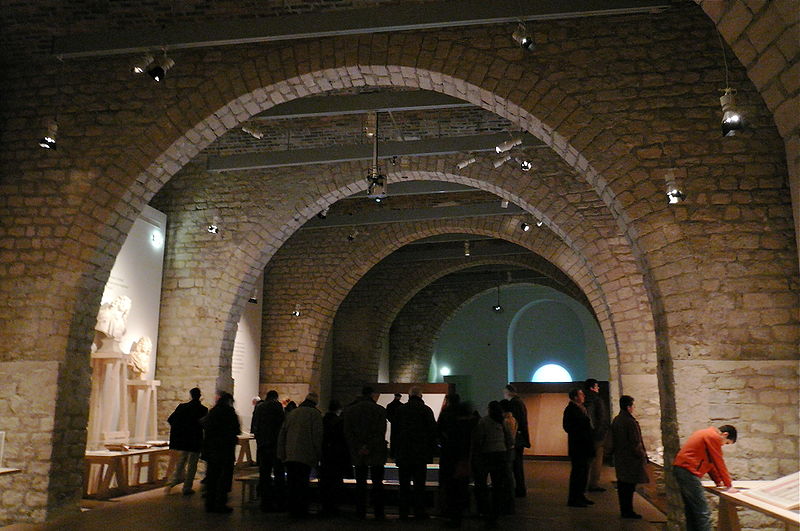 In the east wing is the Architecture Museum, Cité de l’Architecture et du Patrimoine. Opened in 2007, it’s said to be the largest museum of architecture in the world; its well-done exhibits show 12 centuries of French buildings and monuments. It features designs and reproductions from medieval churches to ultra-modern works. Even kids like this one; they can make their own buildings with various materials including Legos. 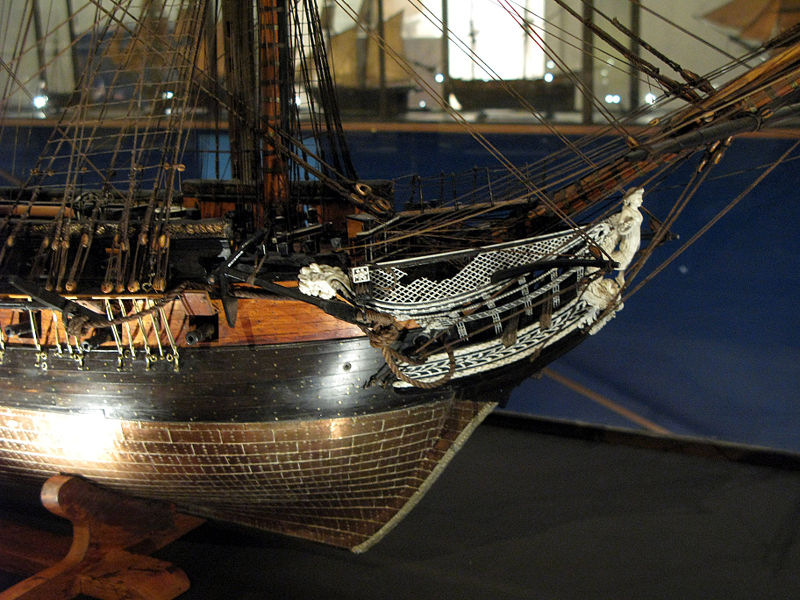 National de la Marine), with ship models from three centuries of French maritime history. There are sailing and fishing boats, merchant ships, aircraft carriers, and a nuclear submarine. Scale models are only part of the scene. The museum displays naval paintings, navigational instruments, and items collected from shipwrecks. Sometimes visitors can watch model ships being built in a studio.

In the west wing is the Museum of Mankind (Musée de l’Homme), which traces the prehistory and history of humanity. There are millennia-old carvings, rock drawings, and sculptures from Africa. Medieval frescoes and art from around the world are on display. 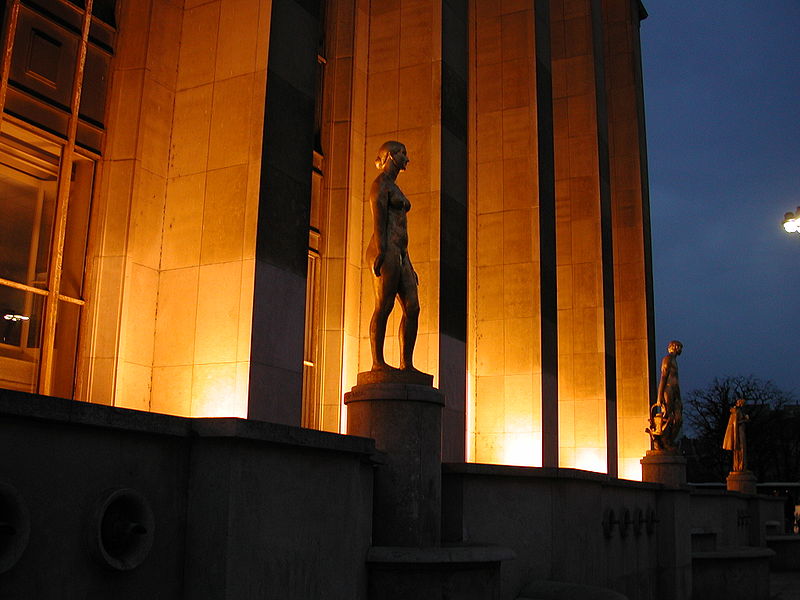 choice among French wines. The best tables are on the terrace; they have a knock-out view of the Eiffel Tower. The other place to eat, considerably less expensive and more casual, is a cafeteria-style spot. The food here is good of its kind and the atmosphere light, quick and modern.

The Trocadéro gardens themselves are worth a visit for their expansive lawns, stone and bronze sculpture, shade trees above a stream, and cascades of water. The garden has playgrounds with swings, a carousel, and ice cream stands. The always-fascinating Varsovie Fountains spray water from 20 jets, 12 vertical fountains, and many more water spouts.

Not to be missed is a visit to the Trocadéro terrace after dark. The fountains are illuminated, and across the Seine, the Eiffel Tower sparkles with a multitude of colored lights.

Palais de Chaillot, in Place du Trocadéro, is reached from the Trocadéro metro station on lines 6 and 9.