Atop the fortress, we felt like kings. Below us stretched jumbled corridors of red tile roofs; a quay stretching out into the sea; the ferry boats churning up whitewater. Nafplio is only a few hours south of Athens, and has become a favorite weekend getaway for Athenians. With its back to Greece’s bucolic southern peninsula, the Peloponnese, and its face to the Argolic Gulf, 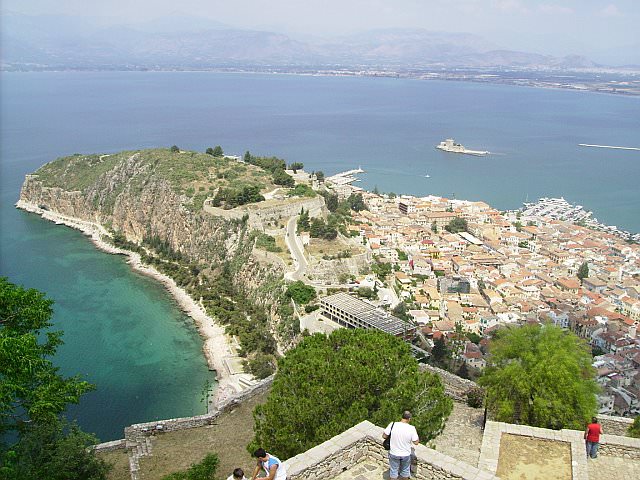 Nafplio occupies enviable geography. No wonder the Venetians built a charming, cobbled town here – and an immense citadel to watch over it. Even now that Nafplio has a reputation as a romantic seaside port rather than a military base, the broad stone ramparts of the fortress still cast a commanding shadow.

For such a small city, there are a lot of things to do in Nafplio and the town has a cosmopolitan atmosphere. In the old city, cobbled streets twist to reveal shops and restaurants. The stone and tile buildings, remnants of the Venetians, unify the town with a feeling of aged elegance. Little guesthouses jut out from the hillside, with vine-covered balconies offering a view of the sea. Bars and cafes line a broad seaside promenade.

Later that afternoon, we walked along the quay where 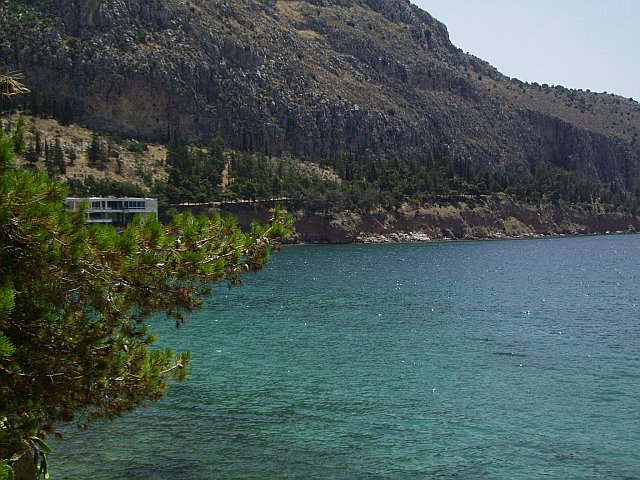 it seemed to dead-end at the sea. The path rounded an outcrop of rock and turned back into a small bay. When we turned the corner, we saw a beach near what appeared to be an abandoned hotel; Greek families were packed on the short stretch of sand. As we walked further along the path, we gained spectacular views of the shimmering water and isolated, rocky shore.

Although known as a seaside resort, Nafplio also boasts proximity to several ancient sites – Argolis, Myceanae, and Epidavros. Of these, the unique ruins at Epidavros hold the most interest. Only an hour’s bus ride from Nafplio, Epidavros was once the Western world’s first hospital. The sick were told to sleep under the auspices of healing divinity Asclepius. Their dreams would reveal cures for their illnesses, and they were heard by priests in the morning and treated accordingly. Very little of the area has shade, but the ruins are well-preserved and extensive, well-worth spending several hours in the sun. The stones give the sense of a large and well-laid-out complex, which served as both a medical and cultural center at its height. 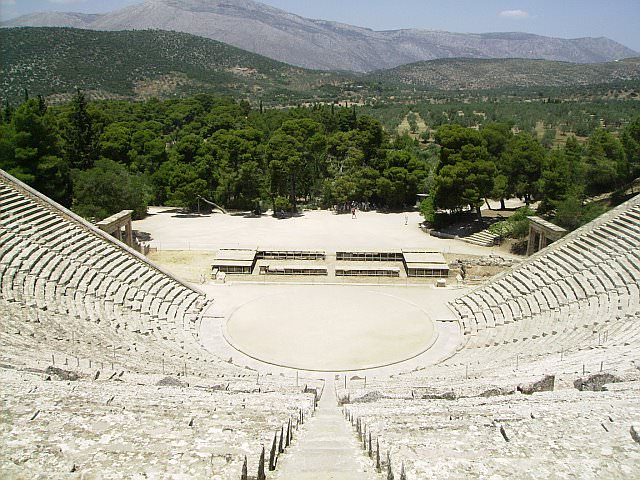 The climax of these ruins is the amphitheater. A coin dropped in the center of the round can be heard from the top stair – a remarkable acoustic feat. The amphitheater still hosts theatrical performances as part of the yearly Hellenic Festival.

After a long day amid the ruins, we returned to Nafplio for an evening drink. Greek couples strolled along the water; knots of young people sat leisurely in the open-air bars, sipping their iced coffees and glancing up at the soccer games on TV. Athenians don’t need to dream about a cure for stress these days; they just escape down the coast, to this pretty town, where all feels well.

Wow! It sounds like a really cool place. I have never heard of Nafplio before this post.