My first view of Malaga was from the hillside home of my friends. As I looked out over that wide sweep of city rooftops nestled between the amphitheatre of the surrounding hills, and with the shimmering blue Mediterranean Sea lapping on the sandy shoreline, it was a magical moment for me. I could hardly wait to explore this beautiful, old city. 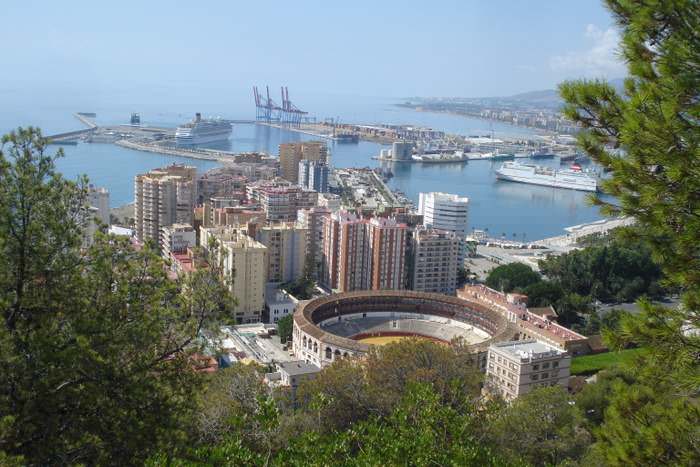 Malaga by the Sea

Originally founded by the Phoenicians as a trading colony, Malaga, was also known as Malaka which meant ‘salt’ because of the fish that were salted near the harbour. They held sway there until 770 BC. Later the Greeks, Carthaginians and Romans settled here and the Moors, who dominated until 1487, brought it prosperity. Today, Malaga is the sixth largest city in Spain and is a major trade centre popular with tourists because of the many resorts along the coast. 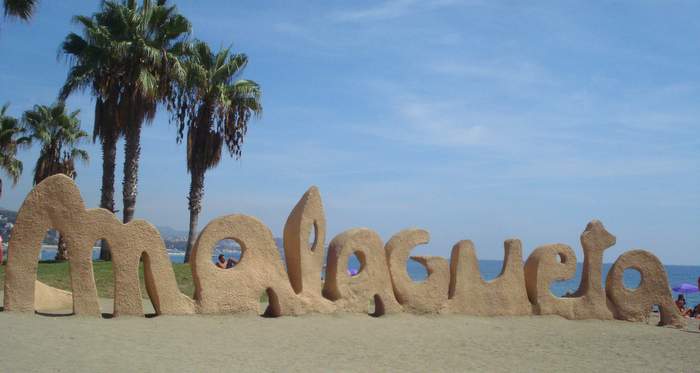 There’s lots to see in Malaga.  As I wandered the streets I felt a certain ‘youthfulness’ about it, in spite of it’s ancient history. There are many sidewalk cafes and the mood was jovial and laid-back,which was  inviting to a tourist just like me. And, a most enjoyable walk can be had along the palm-lined Paseo del Parque, the promenade that runs to the harbor. 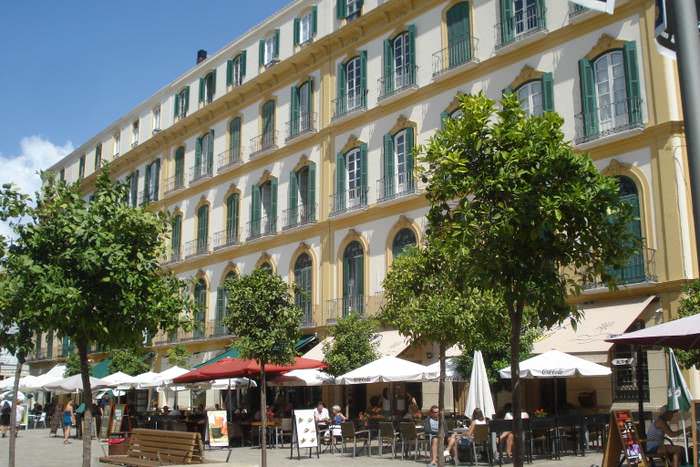 My interests are usually historical sites and Malaga has plenty of those. From the fabled Alcazaba Moorish fortress to the 16th century Great Cathedral, all within a mix of Gothic, Renaissance and Baraoque architectures. And be sure to check-out the Iglesia de Santiago, a church built in the 15th century, with its Goth Arab style tower.

Located in the Plaza de la Merced near the birthplace of artist Pablo Picasso, you can visit the Museum Picasso where you can view permanent and temporary exhibits of the artist’s work. In a nearby square is a bronze life-size model of the artist siting on a bench, a good spot for a photo op! The city is also the birthplace of the Hebrew poet and philosopher, Solomon Ibn Gabirol, and the actor Antonio Banderas. 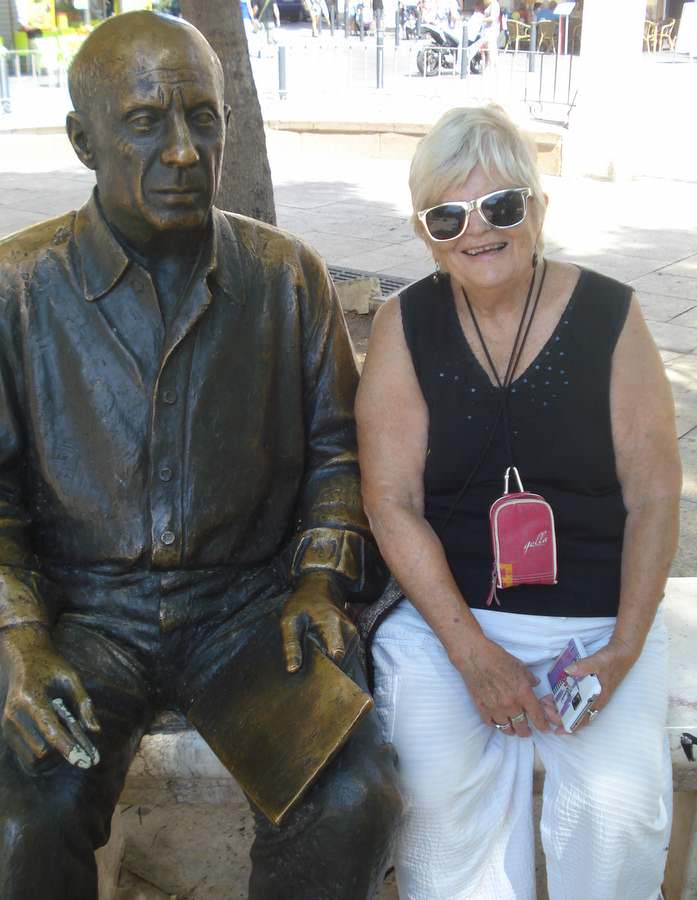 Pablo and Ruth in Malaga

The old historic centre of Malaga is surrounded by mountains in the north and extends to the harbour in the south. The oldest remains are the ancient walls of the Phoenician city. I enjoyed an afternoon of wandering around here, exploring the Roman theatre built in the 1st century BC along with a jaunt up to the Castle of Gibralfaro and the Alcazaba which was the lower fortress and royal residence. 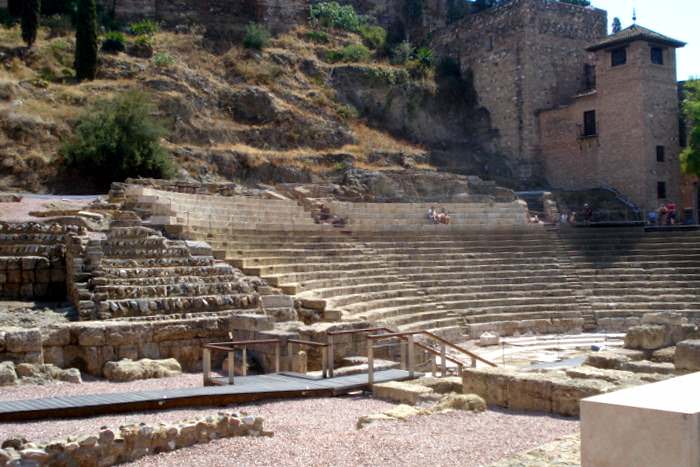 The Alcazaba stands on a hill and was the city’s defense from the pirates who roamed the seas during the 13th and 14th centuries. Muslim rule lasted in Malaga for several hundred years until it was retaken by the Christian forces in 1487. The Alcazaba is very much worth a visit, not only for the magnificent city and sea views but  for the tranquility of wandering through the palm and pine treed grounds and gardens. 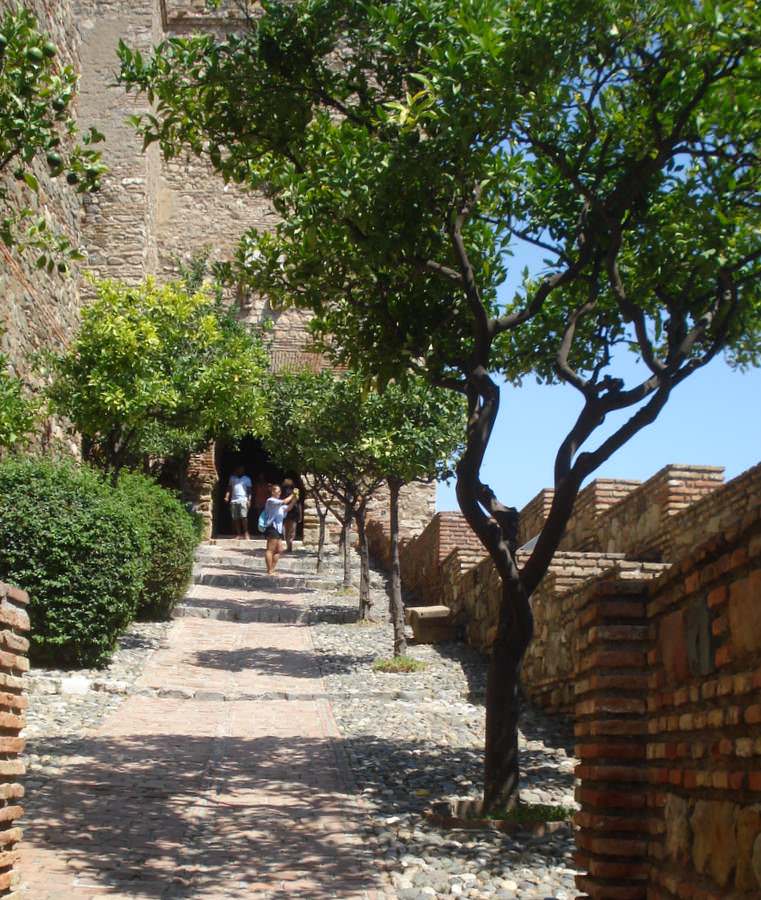 If you want to relax and enjoy the sea and sun, take a walk on La Caleta, the waterside promenade or spend a day lounging on the beach. One day I visited  one of the popular nearby resort towns, Benalmadena, which was  buzzing with visitors. It was quite interesting to just walk around and enjoy the waterfront sights and vibrant crowds. About 1.3 million people live in the Malaga area and tourism significantly increases that population. An estimated 6 million tourists visit the city each year. 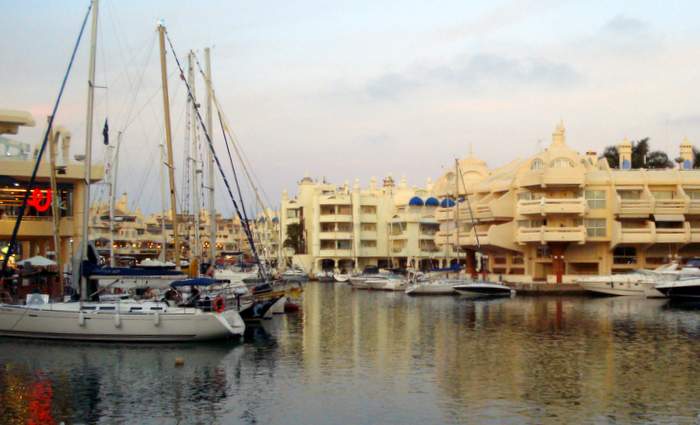 Malaga is a city that I wouldn’t hesitate to revisit. I found it to be friendly and exhilarating with so many beautiful sights to see as well as friendly people through-out. Just as one of the old-time visitors from the 1300’s described it, Malaga is ‘one of the largest and most beautiful towns of Andalusia’. I felt the same about Malaga.

Well I'm into the history so that's what I find most interesting about Malaga and be sure and go up to the castle grounds. There's just so much to do there and a great variety too.

I will be stopping in Malaga next spring on a cruise, what one thing should I absolutely see or do while in Malaga?

I was just in Malaga earlier this year. I love strolling through the city as there is a loveky pedestrianized zone. The Picasso museum was wonderful and I loved the covered market. There is also a pop-up Pompidou museum that is there for just a few years that we visited. Some great stuff and an exhibit that I found disturbing. We had a delightful dinner at Malaga Pura in the center of the pedestrian zone. Terri

yes, I definitely recommend Malaga. I'd love to return.

A great article on Malaga, a wonderful Spanish city.