There are many faces of Paris. There is the majestic Paris with wide avenues, luxurious boutiques, grandiose parks and imposing monuments. And there is le Marais, the City of Light’s oldest neighborhood, with intimate shops, cozy gardens and charming museums. Great to enjoy in all seasons, the area has become Paris’ most branché (fashionable in French) quartier. 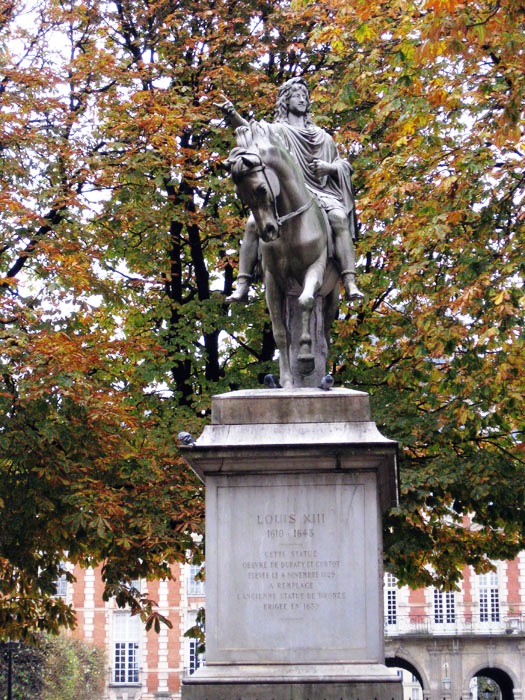 Statue in the Place des Vosges

A Bit of History

Le Marais sits in the belly of Paris on the right bank of the Seine River, covering the third and fourth arrondissements. Extending from Ile St-Louis (the tiny island between the left and right banks), it crosses the Seine and rue de Rivoli and finishes on rue de Bretagne. It has retained its name taken from the swamp upon which it was built. Back in the 12th century, it was divided into tiny kitchen gardens that produced fruits and vegetables for the city. Under King Henri IV and Louis XIII, it attracted aristocrats who built sumptuous hôtels particuliers. However, the French Revolution came and the neighborhood fell into ruins. In the 1980s, the city of Paris undertook to renovate le Marais, subsequently classifying it an historical district. Soon, shops, restaurants and art galleries began to move in. So did an electric crowd of artists, fashion designers and young professionals.  Yet, what makes it so endearing is that it has been able to preserve its medieval and renaissance-era flavors.

Going to le Marais without seeing La Place des Vosges is like going to the Champs Elysees and not stopping by L’Arc de Triomphe. Inaugurated in 1612, it is the oldest residential square in Paris. The house fronts are all from the same design of red brick over vaulted arcades. Today, the breezy arcades shelter expansive art galleries, shops and fashion houses, and charming bistros. Furthermore, the square boasts two royal pavillons: the Pavillon de la Reine and le Pavillon du Roi. Unfortunately, they are not open to the public. However, you can visit Victor Hugo’s former home, where he wrote a large part of Les Misérables. After your tour, join the locals in the garden right in the center of the square. Lounge on the grass, listen to the trickling fountains and chirping birds and you’ll understand why the Place is a must-see. 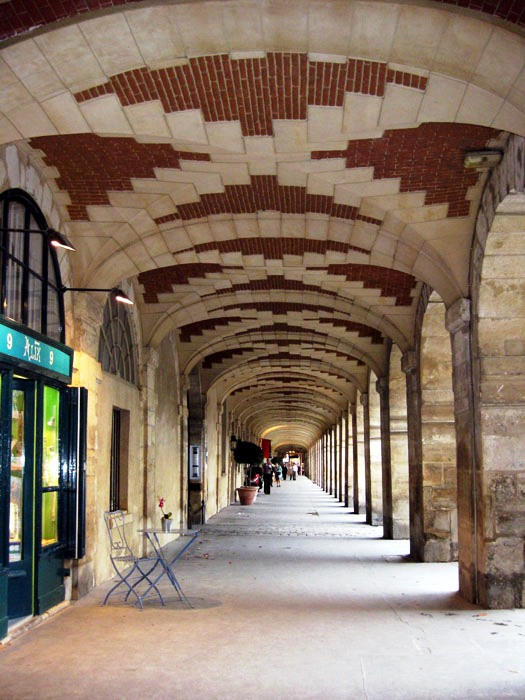 From La Place des Vosges, you are only a stones-throw away from the rue des Francs Bourgeois. The narrow street offers a mix of hip boutiques – Zadig and Voltaire, Ventilo, Barbara Bui and home-design shops – Moia and D’Hier et d’Aujourd’hui. Among the trendy boutiques, you will discover places of culture – the Museum Carnavalet and the architectural library of Paris to name only a couple. As you continue your exploration, don’t be surprised if you see the name of a bakery just above the entrance of a shoe store. It’s not a mistake but rather a nice touch to remember le Marais’ rich past.

A few blocks away from the rue des Francs Bourgeois, you will come across the rue Vielle-du-Temple. The upper part of the street has blossomed into a center for galleries specializing in design and contemporary art. On days when the galleries are holding openings, the street swarms with an artsy crowd as colorful and intriguing as the artwork on display. Notable galleries include Galerie Alain Blondel, Espace Carole Brimaud and Galerie à Rebours. 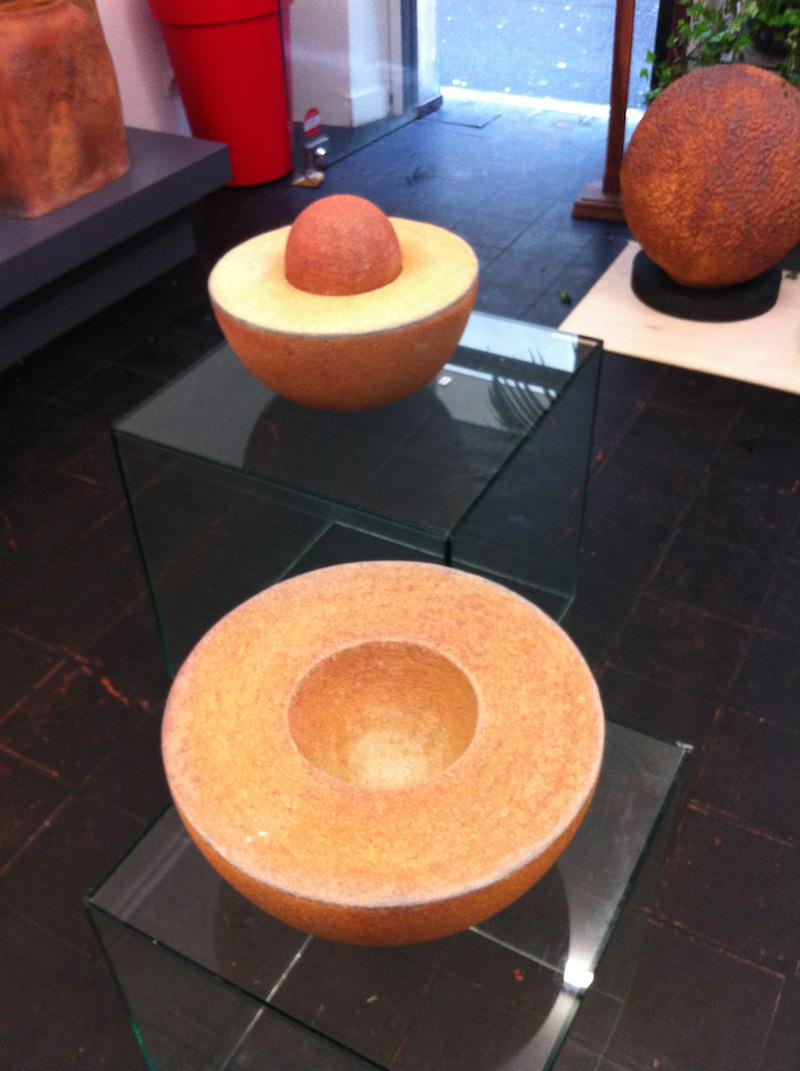 The Quiet Village of Saint Paul

The self-contained village with its tiny block of houses and stone streets is entirely pedestrian. Only accessible through arched passageways, it is located behind the Eglise Saint Paul, between the noisy rue de Rivoli and the road bordering the Seine. About 200 antique shops are open every day of the week, including Sunday.  From medieval design to art-deco chandeliers, the choice is yours. The ambiance in this enclave is warm and friendly. Shop owners are always happy to chat and show off their riches. And, by the way, if you find a treasure don’t hesitate to bargain.

Where to Stay in the Marais 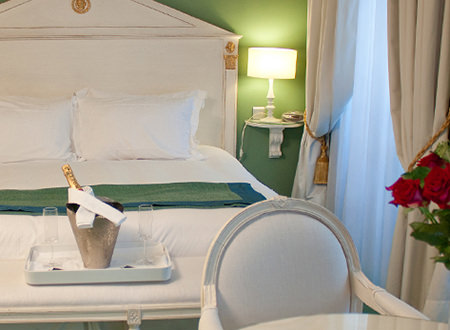 There are about one hundred hotels in le Marais that can accommodate all budgets.

Gastronomic Treasures in the Marais 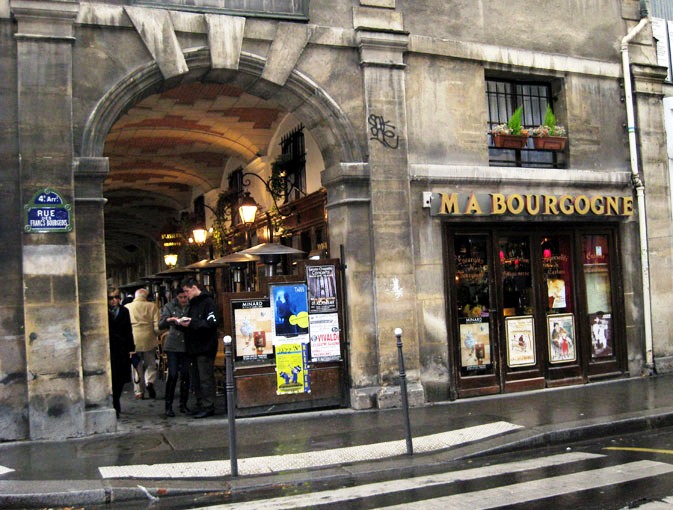 Museums in the Marais

How to Get To the Marais

Metro: St Paul or Hotel de Ville
Bus: 96, 75 & 29. The 29 bus offers an excellent sightseeing route. Hop on at Opera Garnier and off again at Opera de Paris Bastille, riding past the Pompidou Centre and through the heart of the Marais.

Written by Brigitte Aflalo Calderon and photos by Evelyn Rivera for EuropeUpClose.com

Love the article.....the best ever!