With a population of just 325,000, Iceland is one of the most unique nations in the world, providing a diversity of attractions for the traveler. The geological wonders of this island nation are never ending, while the capital city, Reykjavik, is known for its carefree and intellectual nature as well as its first class infrastructure and tourism facilities. 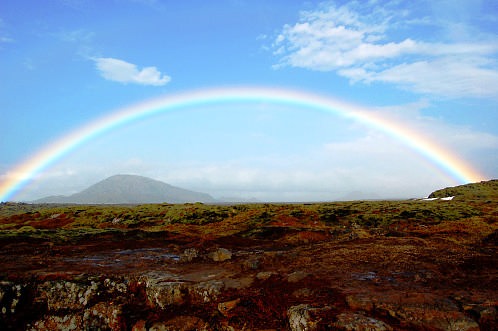 Passports are required to enter and leave Iceland. Visas are not required for US citizens for visits of less than 90 days. For longer visits, contact the nearest Icelandic embassy.

Iceland Embassies around the World

Culture and History
Iceland was founded in 874 AD by the Norse explorer, Ingolfur Arnarson. His settlement grew and prospered for some time under the self-rule of the early inhabitants.  In 1000, the community adopted Christianity and soon after came under the administration of the Danish Kings who ruled this little, North Atlantic island until after 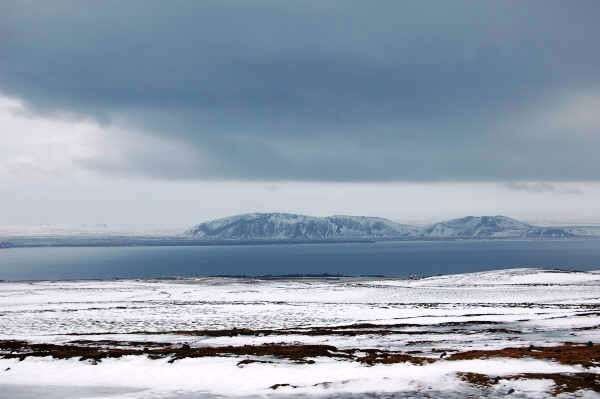 During the Middle Ages, Iceland was repeatedly ravaged by famine, plague, volcanic eruptions and pirates. The population was virtually decimated several times, but managed to hang on each time and return from the brink to carry on. Mass migrations to the US and Canada further reduced the population in the 18th and 19th centuries.

After years of Danish rule, Iceland developed its own independent movement and became a sovereign nation in 1918. In the years that followed, Iceland experienced an economic and cultural boom as musicians, artists and thinkers gathered here and exported their ideas and works abroad. The isolation of the country kept the Old Norse tongue and many of the customs associated with it, alive even after the dialect disappeared in Norway and Denmark. Iceland is now one of the most liberal, open and developed nations in Europe and, up until the recent international economic crises, was also one of the richest.

Currency and Money in Iceland 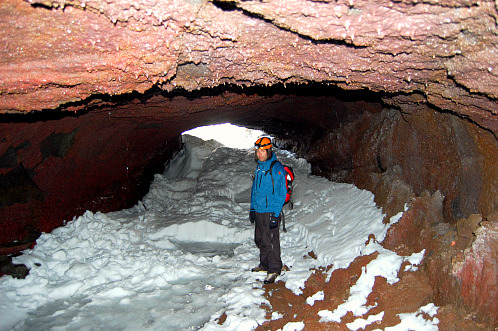 Driving in Iceland
The major cities and towns of the country are located on a ring road that circles the island while the center of the island is composed of lava fields, sand and rock and largley uninhabited.

Roads in Iceland are in generally good shape in the populated areas, considering the extreme weather they endure, but there are some precautions to take. Many roads are very narrow and lack a shoulder or guardrail. Bridges are often one-lane, requiring drivers to be aware of oncoming traffic.

Roads through the interior are unpaved and dangerous — if you are driving through this area, inform others of your travel plans and be careful. Iceland has strict laws governing drinking and driving, driving without headlights and driving without a seat belt — consult the US Dept. of State information page for Iceland for more details. You should also look at Iceland’s Road Administraiton website. Americans can drive in Iceland with their US driver’s license if they stay for less than 90 days.

Read some more tips about renting a car in Iceland here.

Electricity in Iceland
220V/50Hz (European Plug), two-pin plugs are standard, which means you will need an adapter if you use American appliances.

Emergency Numbers in Iceland
Iceland uses the EU number 112 for all emergencies. 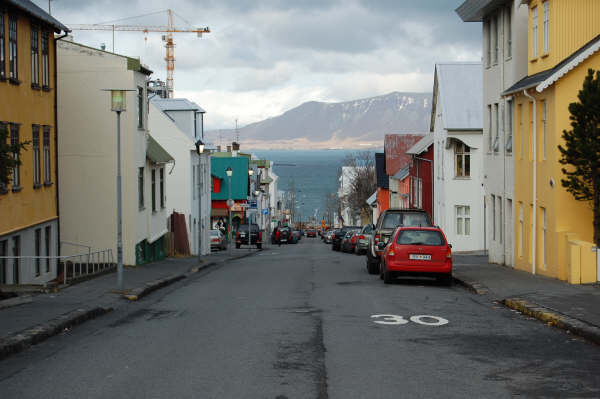 Icelander’s have a reputation for being gruff and direct, but this is all rumor and/or show. They are considered by most tourists/travelers to be very friendly and hospitable and are, in fact, a very open society concerning most things that might be considered “taboo” in the US. Iceland is a very liberal society that values the environment, abhors oppression and loves to talk about the weather.

Safety
The crime rate in Iceland is very low. There are standard precautions to take with money and documents, but as long as you are careful you should be fine, The US State Department does advise that downtown Reykjavik can get rowdy in the early morning hours, as revelers and drinkers stream out into the streets. 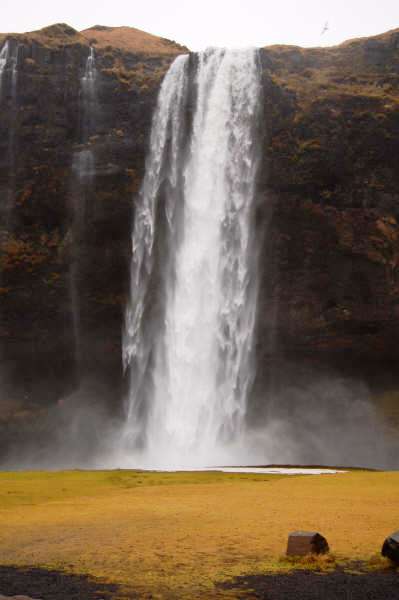 Tipping in Iceland
Tipping is not an indigenous practice in most countries of the world, including Iceland. It is not expected or encouraged, but always welcome.

Weather in Iceland
Wunderground.com is one of the best weather forecast resources around for Europe and Iceland.

Air
There are daily and weekly direct flights to Iceland’s International Airport at Keflavik from New York, Boston, Washington DC and also San Francisco. Icelandair handles most flights from the US and offers great deals throughout the year as well as a stopover — 3 to 4 days — if you are flying to Continental Europe.

Boats and Ferries
There are ferries to Iceland from the UK and Denmark that take you on a route through the Faroe Islands. The ferry is operated by the Smyril Line where you can get information concerning rates, schedule and booking.

The US State Department’s statement on Iceland’s Medical services is as follows: “Medical care in Iceland is excellent.  To obtain emergency medical assistance anywhere in the country, dial 112.  To obtain non-emergency medical assistance in the Reykjavik metropolitan area, dial 544-4114 during business hours.  Outside of normal business hours, dial 1770.  The nurse who answers will offer advice on how to handle the problem, suggest that the patient come to an after-hours clinic, or send a physician to make a house call.  For information on after-hours dental care, call 575-0505.” 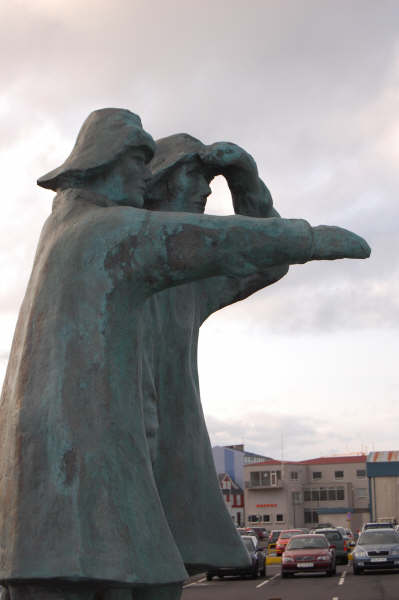 Iceland’s main sights are directly connected to its unique geography — the country straddles a volcanic region that is constantly reforming itself and the landscape around it, creating geysers, hot springs, lava flows, glaciers and extremely rugged formations that are excellent for hiking, camping, photography or just plain gawking.

Some of the more famous and most spectacular sights include:

Geysir and Gullfoss, the two big geysers in town and the one for which all other geysers are named.

Landmannalaugar, one of the many parts of Iceland where the earth’s forces are laid bare for anyone to see. Come here for hot springs, lava beds and volcanic hills.

Reykjavik, a cosmopolitan capital with a whimsical, energetic air that is both liberating and grounding. It is known for its dynamic economy, great nightlife, and well educated, good-looking people.

The Blue Lagoon and South Coast, just a short drive from Reykjavik, features a shocking surprise to the traveler who has been immersed in city-life. Massive volcanic pillars, chalky cliffs and water to match the bright, blue sky will take your breath away.

Iceland keeps the traditional religious holidays as well as a couple other interesting holidays. Below is a list of 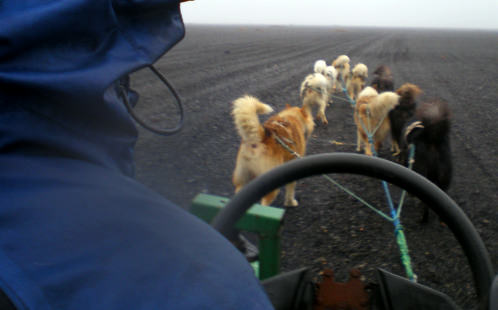 national holidays. Be sure to visit the Iceland tourism site for a list of feasts and special days for 2010. 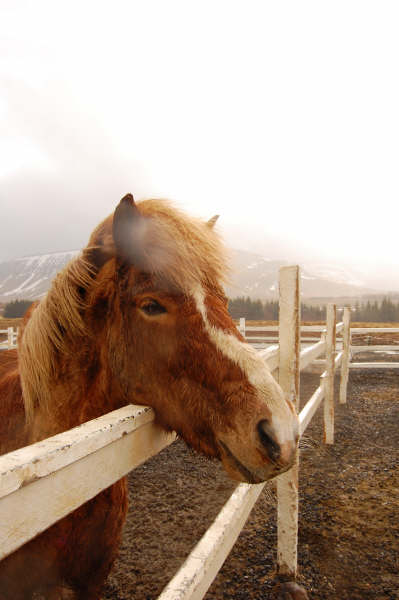 Iceland does not have city codes; the country code for international dialing is +354. Most people have mobile phones and Iceland has good roaming coverage for most major European providers. You can also buy GSM cards at any gas station in the country to plug into your phone. For more info, here is the Iceland Telecommunications site.
Useful Country Codes:
USA and Canada 1
UK 44

Iceland recently levied the highest VAT in Europe, 25% on certain goods, to help stimulate an economy shattered by the banking crisis that started in the US. As a tourist, you are able to reclaim this VAT via services such as Randburg, or through customs agents at the airport. To claim your VAT refund, you need to get an Iceland Refund Cheque from customs, or from the store where you purchased your goods.

For duties, please visit  Island Custom.com for a complete list of goods exempt and non-exempt from duties.

I've already got a whole heap of places in Iceland on my Google My Maps Wish List but I just added Landmannalaugar - thanks!

I was just thinking the other day how I know basically nothing about Iceland's history. Now I know a smidgen more!

only 3.25 lakhs population.In india we are about 100 billion people. would like to visit iceland.