If you’re sightseeing in the middle of Athens before Lent and you’re suddenly descended upon by a roving gang of young men wielding plastic bats, don’t be alarmed. They hit people over the head, but the head-bonking is part of the playful merriment that is Apokreas – Carnival. 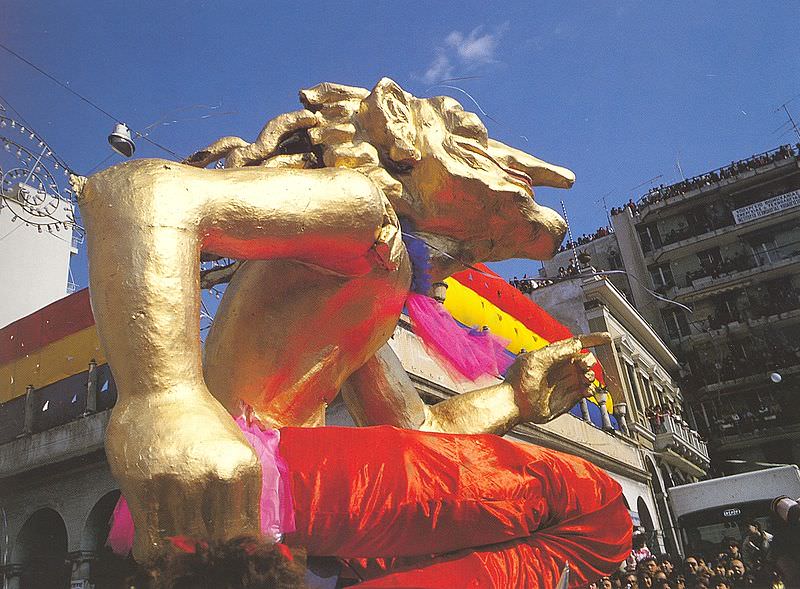 Since ancient times, the Greeks have celebrated Carnival with pre-Christian rites. Every year Lent begins 46 days before Easter Sunday. Even with the pagan holdovers, the religious meaning of this period is strictly observed. The first week, called profoni, is the time in which the fattened pigs are slaughtered and prepared for the feasts of the second “meat-eating week.” During profoni, it is believed the souls of the dead are set free and they wander among the living.

“Meat Week” is officially the last week of eating meat. On the second Thursday of Apokreas, the pork feast begins and so does the masquerading. In the third week, only dairy foods and eggs may be eaten, in preparation for the long Lenten fast. These days it’s the custom to go to a tavern for Tsikonpempti  (meat Thursday) to enjoy a delicious meal of charcoal grilled meat. 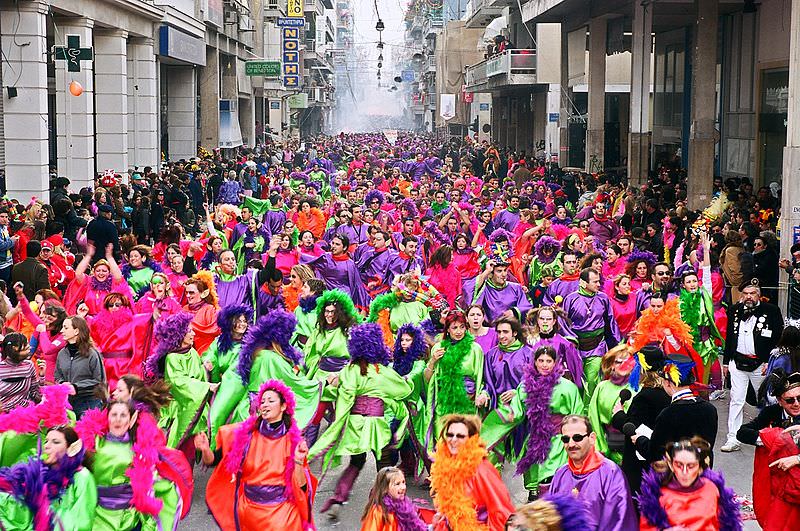 On each of the three Saturdays of Apokreas, prayers are said and the koliva, a dish made of wheat, is prepared and consecrated, then distributed among friends and neighbours in memory of deceased relatives.

The third week of Lent is known as “Cheese Week” when people eat mostly dairy products. This is followed by Tyrofagis Sunday, the final day of Lent, when the carnival parades are held. 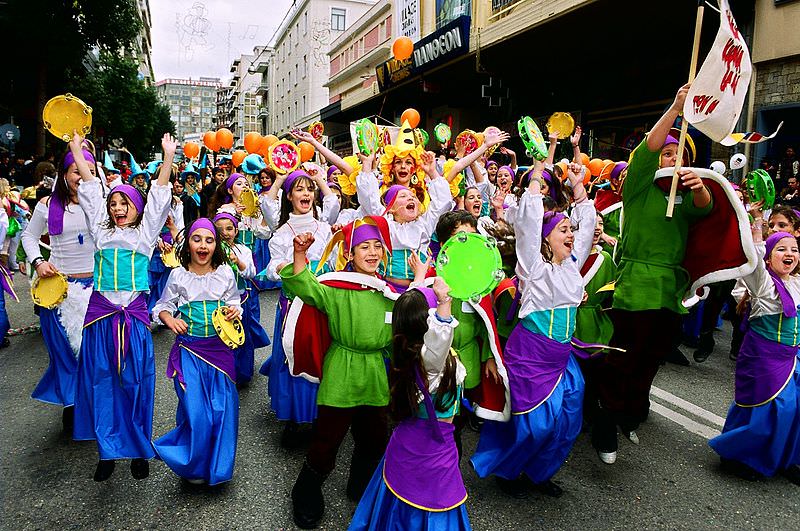 The Children at Carnival

Carnival comes from the Latin “Carne Vale” (farewell, flesh) and is the feast before the fast – triodio, three weeks of revelry preceding Lent. It is the Greek version of Mardi Gras. In rural areas, plays and satires are performed, including the Funeral of the Miser, whose soul is taken by devils. In the Peloponnese region, a masked effigy of the King of the Carnival is carried on a bier and then set on fire. In ancient days, the mock king was actually put to death. These rites are all symbolic, some dating back to Agamemnon’s time. One ritual is a mock wedding in which the groom is murdered and then resurrected, followed by a symbolic pantomime of plowing and sowing – nature’s renewal and the return of spring. These are similar to the rites of Dionysus, the ancient god of revelry and resurrection. 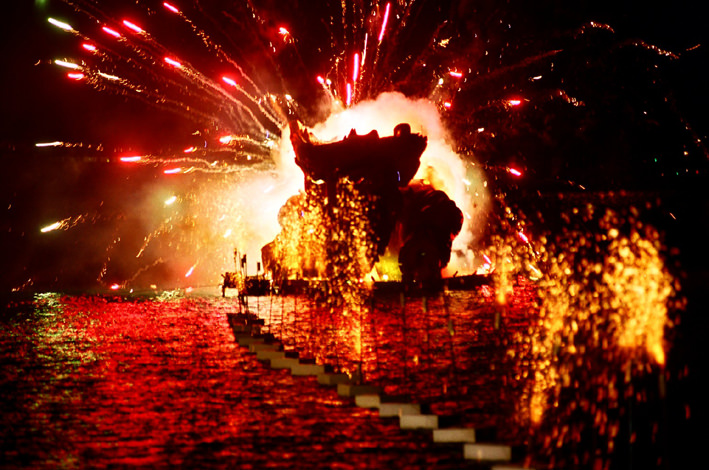 Closing Ceremony at the Carnival

You can detect a hint of the ancient Dionysian festivals in the various celebrations: groups of professional mummers roam the streets of Athens performing dances and pantomimes; costumed revellers prowl the cobbled streets of the old Plaka district armed with spray cans of foam while bopping each other with the plastic bats; and tangles of coloured streamers and confetti are tossed with abandon. In addition, there are plenty of private parties and celebrations at many of the hotels. 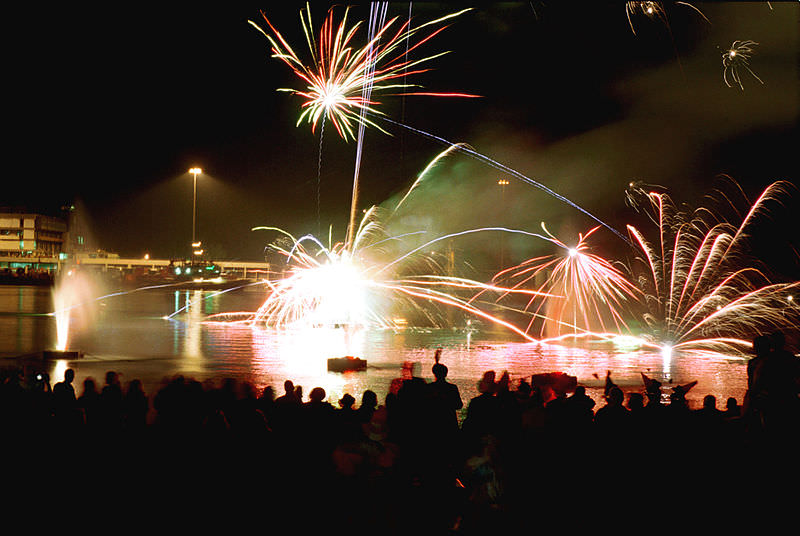 Pyrotechnics at the Closing Ceremony

Carnival is particularly appealing to children and each weekend of Apokreas, the National Gardens in Athens are filled with youngsters, masquerading clowns, fairies, musketeers, demons and fantasy creatures. Adult merriment begins at nightfall. Be sure to take along your bat.

Fascinating article and pictures. I didn't know about the carnival before reading this article. Thanks, Ruth.