The charming Bavarian city of Würzburg is worth exploring for many reasons, but its most famous tourist attraction is the Residenz, an impressive Baroque palace nearly unrivaled in the country. 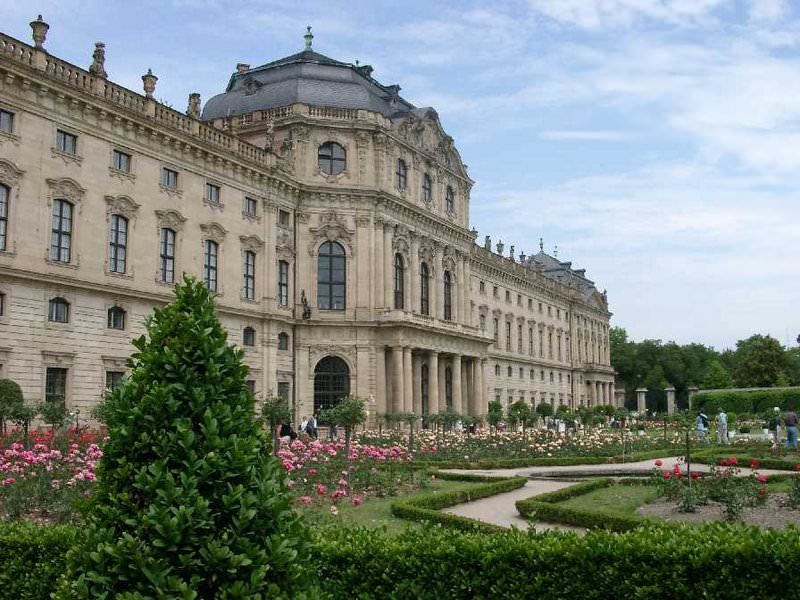 The Residenz greatly captures the elaborate lifestyles of its inhabitants during the 18th Century as well as serves as an exceptional example of German Baroque architecture. Prince Bishop Johann Philipp Franz von Schönborn commissioned architect Balthasas Neumann to design this palace. The exterior of the structure was completed in 1744 and the interior finished by 1780, under the supervision of succeeding prince bishops. While the architectural style is primarily from the German Baroque school of design, influences from French château and Imperial Baroque favored in Vienna can also be observed. The resulting style is a unique aesthestic, due in part to the numerous architects commissioned over the years to expand or restore the palace. The interior of the Residenz contains some of the finest examples of artwork produced by artists and artisans from across the continent. 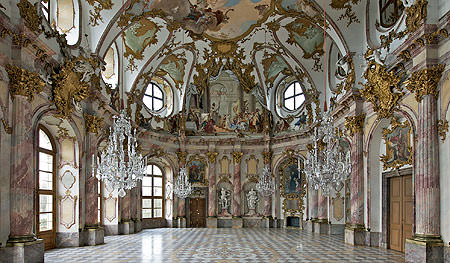 Imperial Hall at the Residenz in Wurzburg

The city of Würzburg suffered great damage during a March 1945 air raid.  A fire ravaged the Residenz, destroying much of the interior. Many of the rooms now on display were spared from the damage, including the Staircase, White Hall, Vestibule and Great Hall. Painstaking efforts were taken to accurately restore the palace and its ornate interiors. The restoration was finally complete in the 1980s and in 1981 the Residenz and Court Gardens were recognized as a UNESCO World Heritage Site.

Currently, forty rooms of the Residenz are open to the public. Each room is furnished with antique furniture and artwork from the 18th Century. Visitors to the Residenz begin their tour of the building in the Vestible, a large entrance with an impressive vaulted ceiling. Neoclassical stucco details decorate this starkly white room. The adjoining Garden Hall presents an impressive ceiling fresco depicting a banquet of Greek gods. To access the second floor rooms, visitors ascend the impressive staircase, one of the most famous elements in the Residenz. Above the three flights of the stairway is the world’s largest ceiling fresco, painted by Giovanni Battista Tiepolo. The continents of America, Africa and Asia, personified as women, surround Europe. 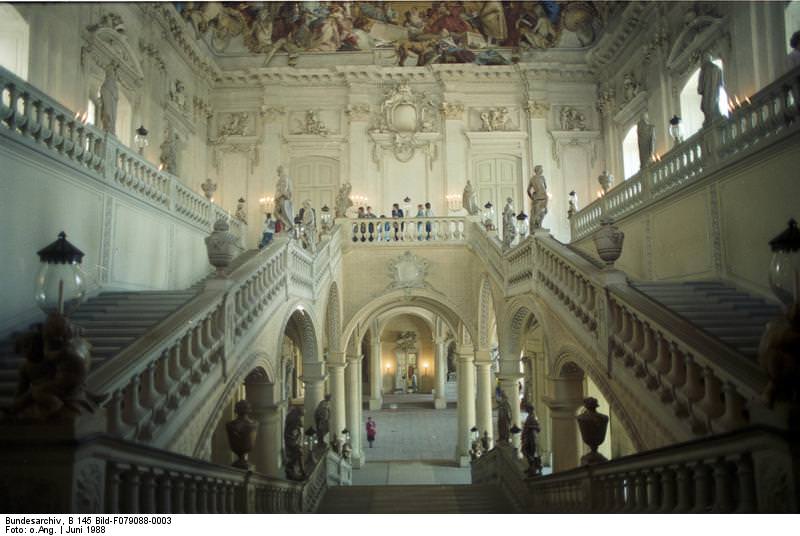 Upstairs rooms include the White Hall and Imperial Hall, both containing magnificent architectural details, such as intricately carved stucco-work, marble columns and frescos. Moving further into the second floor, visitors can wander into the Southern and Northern Imperial Apartments. Following the style of the Baroque era, the apartments consisted of a series of rooms, each more elaborately decorated than the one preceding it. The most impressive room of the Southern Imperial Apartments is the Venetian Room with its gilded Mirror Cabinet, reconstructed to resemble its mid-18th Century state following bombing raids of 1945. The Northern Imperial Apartments contain many rich tapestries, lush damask covered walls, and sumptuous furnishings.

The Court Chapel or Hofkirche is also open to the public, with a separate entrance from the main palace. The chapel is small in size, but richly decorated with stucco and marble sculptures, dome vaults, and frescos. Many historians consider the chapel to be one of the best-preserved 18th Century religious buildings in the country. 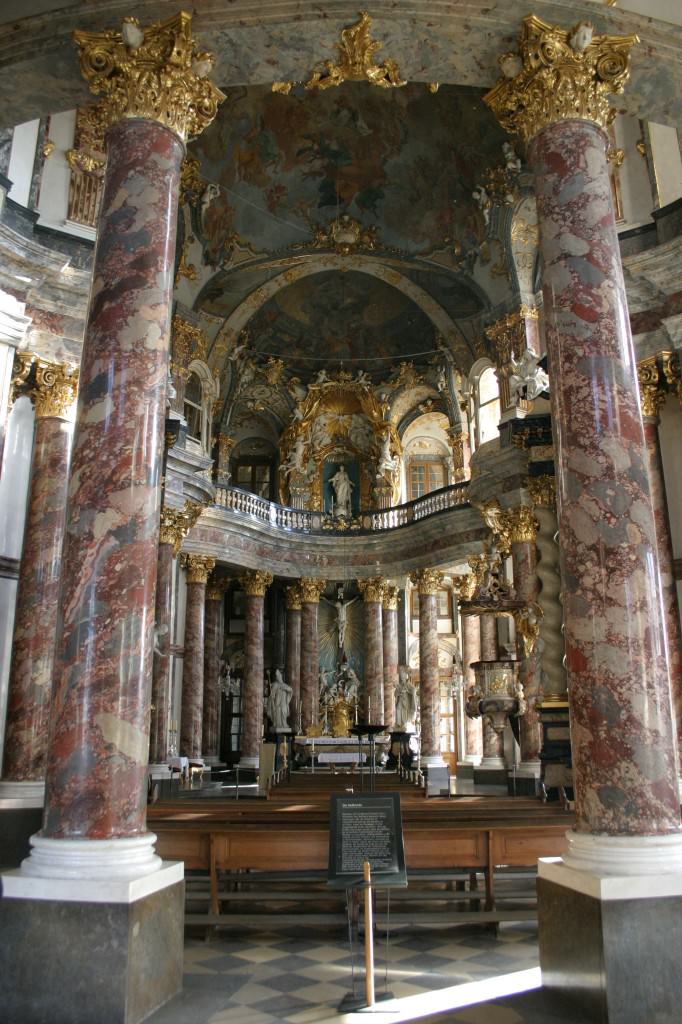 Hofkirche at the Residenz

Equally impressive to the palace and its ornate interior are Hofgarten or court gardens. Prince Bishop Adam Friedrich von Seinsheim commissioned the gardens in the mid-18th Century. Seinsheim’s other residence, the Schloss Seehof, boasts magnificent landscapes though nowhere near the scale of the Residenz. Seinsheim sought the expertise of numerous garden designers, including a landscape architect, court sculptor and ornamental metal-workers. Three equal sized areas were constructed, the East Garden, the South Garden and the nursery grounds. The court gardens are well preserved and maintained. Thousands of rare species of plants and flowers grow in the gardens and many sections of the gardens have been restored to historic designs. Visitors can walk along the many paths, admiring the well manicured lawns, countless toparies, decorative sculptures and elaborately detailed wrought-iron garden gates.

The Residenz is easily accessible from the central train station in Würzburg or by bus.  For additional transportation information, visit the tourist information section of the Residenz’s website.

I am looking for the name and phone number of a Taxi company in Wurzburg.