Gaudí’s Barcelona – How its Unique Architecture Defines the City

Antoni Gaudí’s unique architecture, also known as Catalan Modernism, defines Barcelona for many of its visitors. Born in 1852, Gaudí became one of Spain’s most celebrated architects. His works defied any one particular architectural style though were clearly influenced by art from around the world, including: India, Persia and Japan.

Drawing on numerous architectural forms, from Moorish works to Gothic Revival, Gaudí developed his own unique interpretation of buildings in Catalonia. He is considered the master of Catalan Modernism, defining a new architectural language in the late nineteenth and early twentieth centuries. 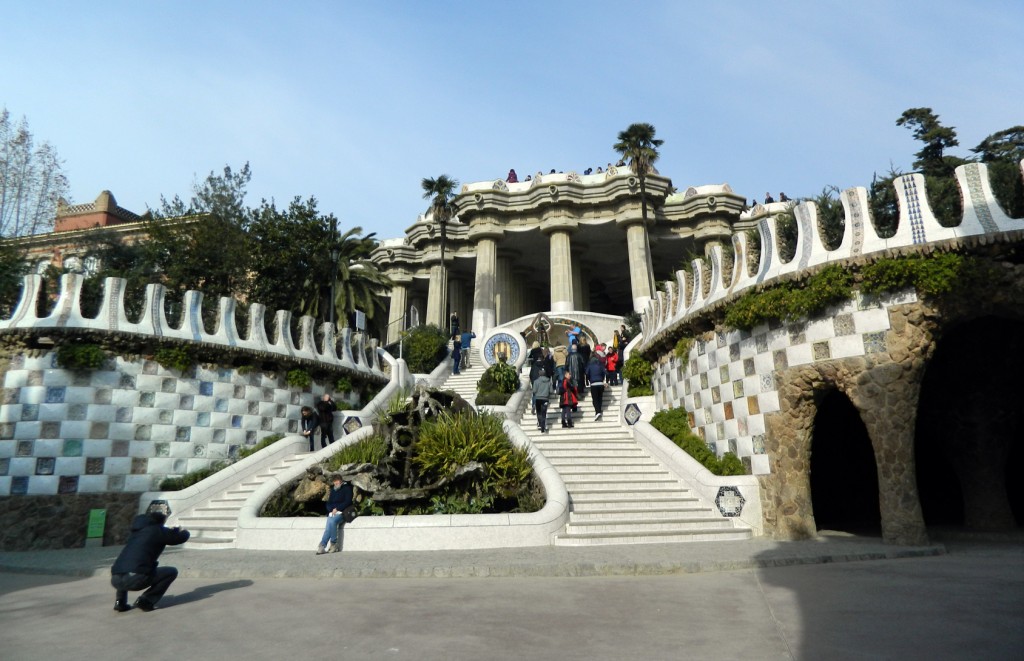 Sagrada Familia
Undoubtedly the most famous of Gaudí’s works, the Sagrada Familia is one of Barcelona’s most notable landmarks. Gaudí began designing the church in 1883 and devoted the last years of his life to the project. When he died in 1926, less than a quarter of the building was completed. Construction of the church continues to this day, with an anticipated completion date of 2026. The style of the Sagrada Familia is wholly unparalleled , with some architectural historians classifying it as Art Noveau and others as Catalan Modernism. Many have likened the design to that of a sand castle, with spires rising high into the sky. The church contains three facades. The Nativity façade, to the east, was the first to be completed. Dedicated to the birth of Jesus, this façade is richly decorated with sculptures celebrating life, including fauna and flora. The Passion façade to the west is relatively stripped of ornamentation, with the crucifixion of Jesus and impressive columns serving as the main focal points. Sculptural elements on this façade depict various biblical scenes. The Glory façade, to the south, has yet to be finished, but is said to be the most impressive of the three facades. The high level of ornamentation continues in the interior, with abstract shapes and columns designed to resemble trees and branches. 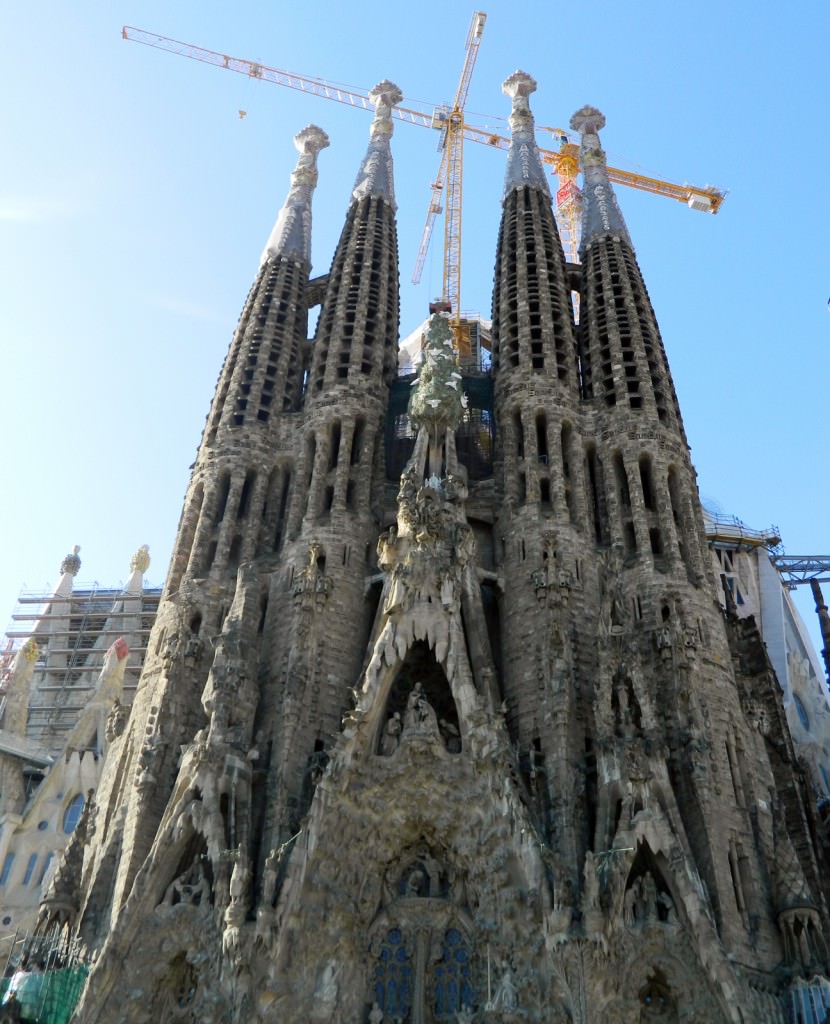 Work continues on the Sagrada Familia

Casa Milà
Often considered the second most popular Gaudí building in Barcelona, the Casa Milà is situated along the fashionable Passeig de Gracia. Nicknamed “The Quarry,” the building is constructed of natural stone and lacks the bright colors and ornate detailing sometimes associated with  Gaudí’s work. Casa Milà was commissioned by Roser Segimon and Pere Milà and construction was completed in 1912. Its design, marked by a rippling stone façade, was considered controversial at the time. The most interesting element of the building is the rooftop, which contains a series of chimneys, each resembling a distinct surrealist sculpture. 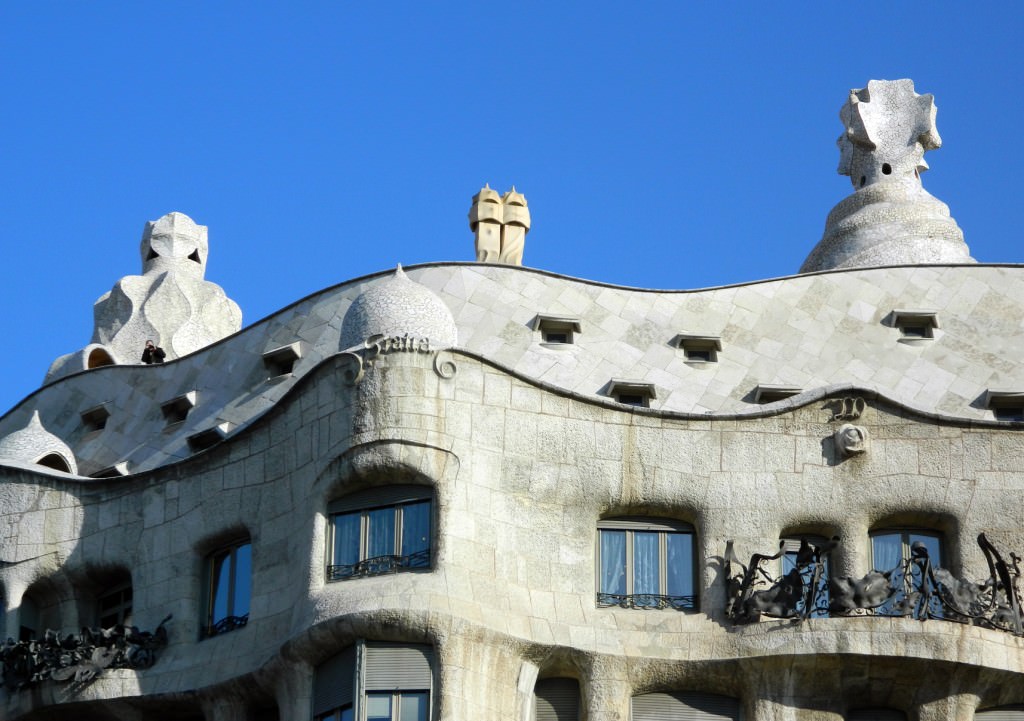 Casa Batlló
Walking southeast along the Passeig de Gracia, one will encounter Gaudí’s impressive Casa Batlló (http://www.casabatllo.es/). The unique façade was built between 1904 and 1906, covering the original exterior of an 1877 structure. The remodel was commissioned by Josep Batlló, a textile industrialist, to serve as his private home. Sometimes called the “House of Bones,” the structure has a skeleton like appearance, seen especially in the treatment of the balconies. Unlike Casa Milà, Casa Batlló is rich with ornamentation. Nearly every imaginable surface is decorated with a mosaic of ceramic tile and glass. The roof is laid in tile and arched, to resemble the back of a dragon. 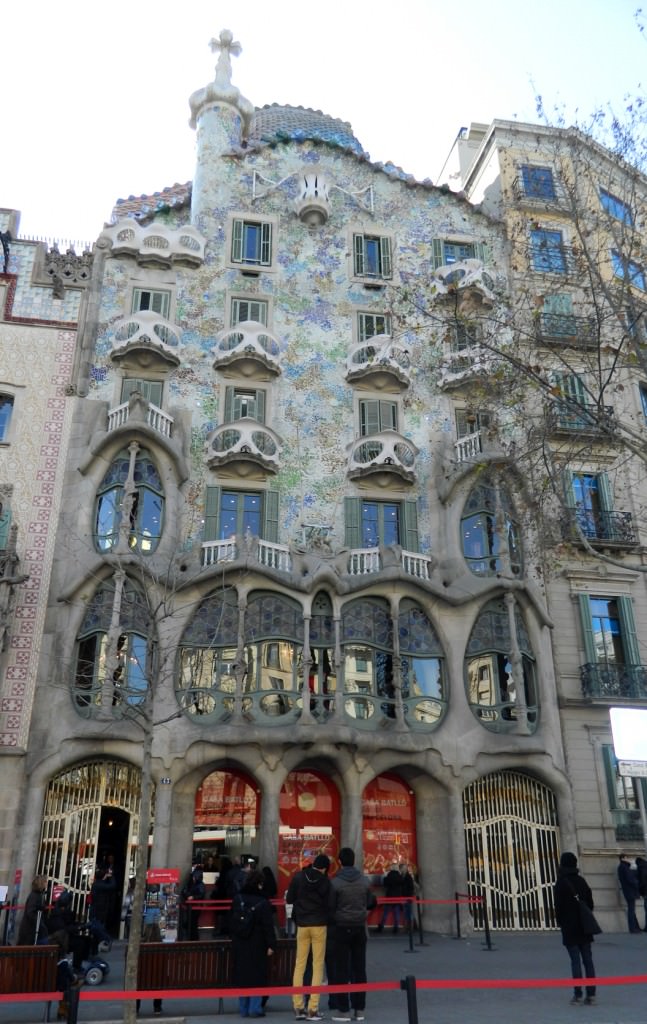 Park Güell
Designed by Gaudí, the Park Güell complex in the  Gràcia district was built upon a rocky hill that had once served as the site of a failed housing development of Eusebi Güell. Construction of the park, which consist of gardens and several buildings, was completed in 1914. Two buildings flank the main entrance. Beyond the entrance are two white staircases, separated by a large mosaic dragon sculpture. Both buildings contain intricately designed rooftops, laid in white ceramic tiles. A large terrace is the focal point of the park. The terrace is supported by a series of columns and a tiled ceiling. The perimeter of the terrace is marked by a serpentine bench decorated in rich ceramic tile mosaics. Built into the hill are the terrace walls, designed to emulate the natural surroundings. Gaudí also designed roadways around the park, which are well integrated with the surrounding environment. Visitors can meander along colonnaded paths beneath the roadways. Now a municipal garden,

Park Güell is free to the public.
Carrer d’Olot 7 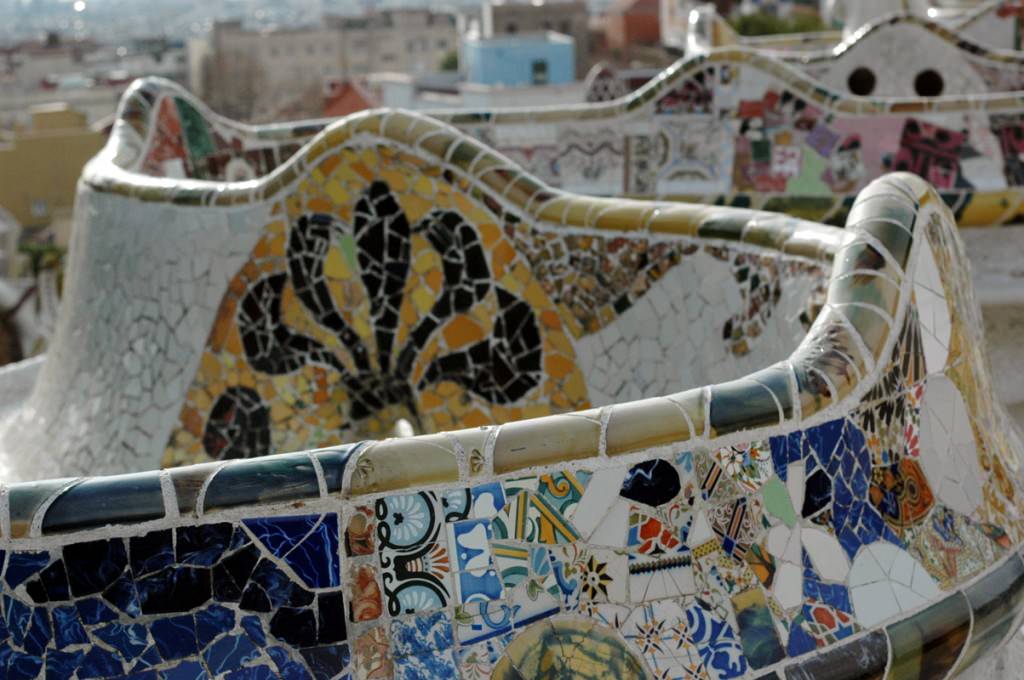 On the top floor of La Pedera is a museum with excellent changing exhibits.  And it is free!