Top Examples of Romanesque Architecture along the Romanesque Route in Saxony-Anhalt, Germany

Located in central Germany, just north of Leipzig and equidistant between Hamburg and Berlin, Saxony-Anhalt was only formed following the Second World War. The history and the culture here, though, date back millennia. 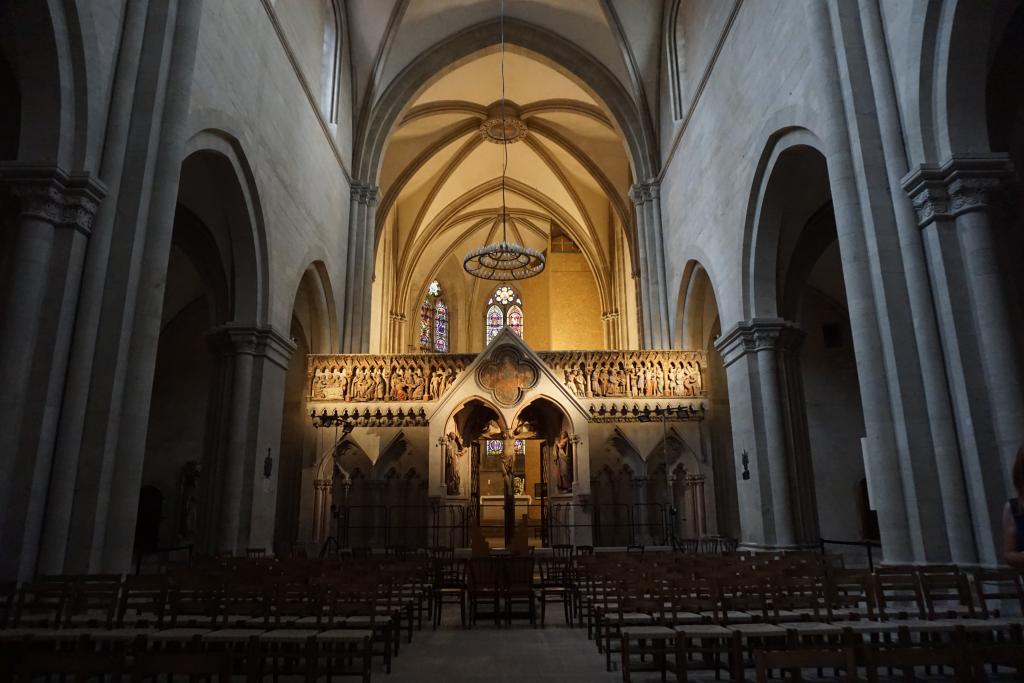 Romanesque refers to a period of time prior to the Gothic style of architecture, when religious and political imagery dominated, approximately the 9th-12th centuries. It was a fusion of Byzantine, Roman, and Carolingian architecture.

Many of the monasteries and cathedrals in Central Europe are prime examples of Romanesque architecture in Germany, although many of them have later elements as well.

The capital of the region is Magdeburg, which is also the headquarters of TRANSROMANICA, an international organization dedicated to the promotion and cultural sustainability of the Romanesque heritage across Europe.

TRANSROMANICA maintains a route across nine European countries that have strong ties to the Romanesque era. Through cultural tourism, TRANSROMANICA highlights the common cultural heritage of Romanesque architecture from Portugal to Romania and promotes sustainable tourism across the network.

It has been recognized by the Council of Europe as a Major European Cultural Route. In Saxony-Anhalt, the Route of Romanesque is made up of various cathedrals and castles from Magdeburg to Memleben. 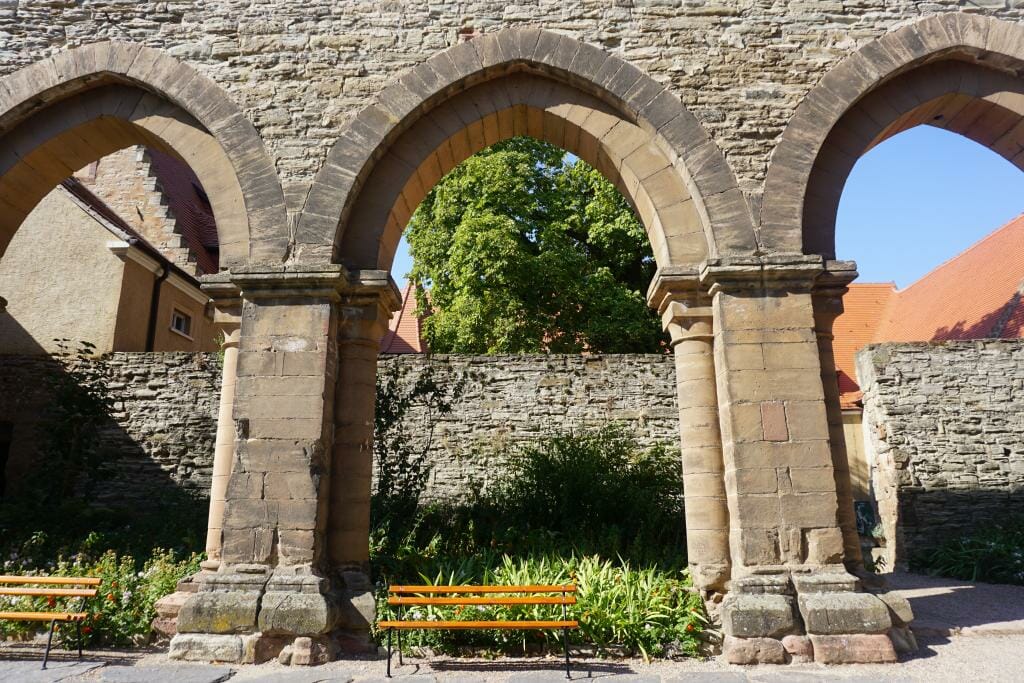 The Romanesque Art Centre, in Magdeburg, is the best place to begin a tour of Germany’s Romanesque architecture sites. This is where you can find information on all of the historic sites in Saxony-Anhalt.

The museum is incredibly informative and showcases not just Romanesque architecture but also the customs and laws, religious and political nuances, and more that governed everyday life in the Middle Ages.

Magdeburg was the center of the Romanesque Route and was the favorite palatinate of Emperor Otto the Great, so in addition to being a crossroads, it was also a hub of intellectual activity. 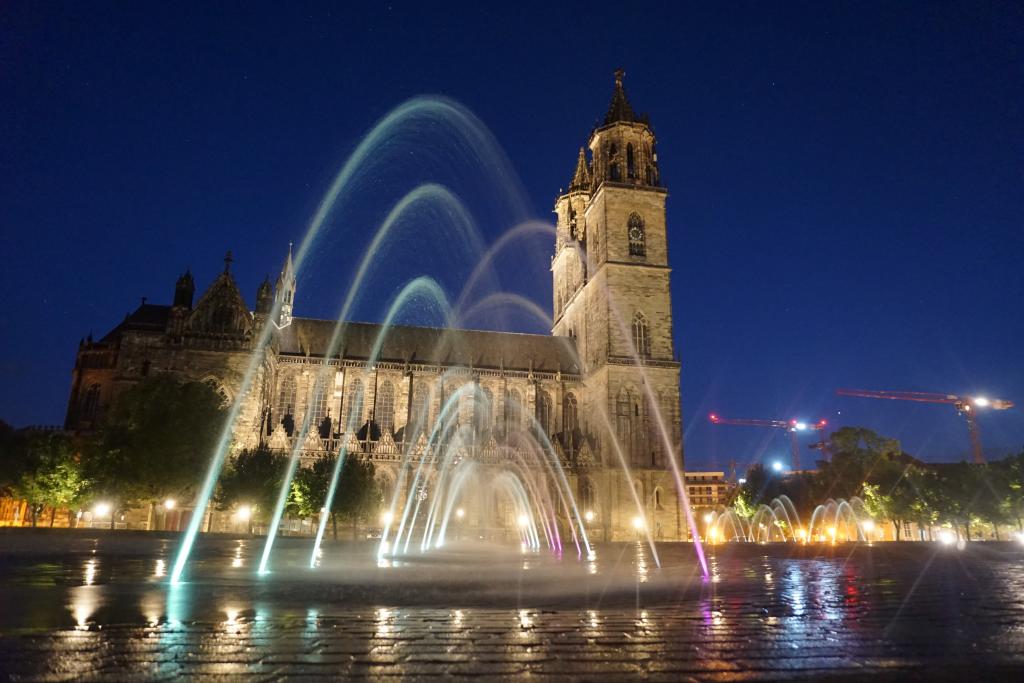 The Magdeburg Cathedral is the oldest Gothic-style cathedral in Germany, and among the largest in Europe. It dates to the mid-10th century when Otto commissioned a cathedral. Many of the interior pieces come from northern Italy, like the marble and granite columns and some of the antique art.

When Otto died, his sons brought his body back here, where he is entombed in a stone sarcophagus. The cathedral was badly damaged by fire in the early 13th century and wasn’t completed until the early 16th century at a time when Gothic architecture was prominent. 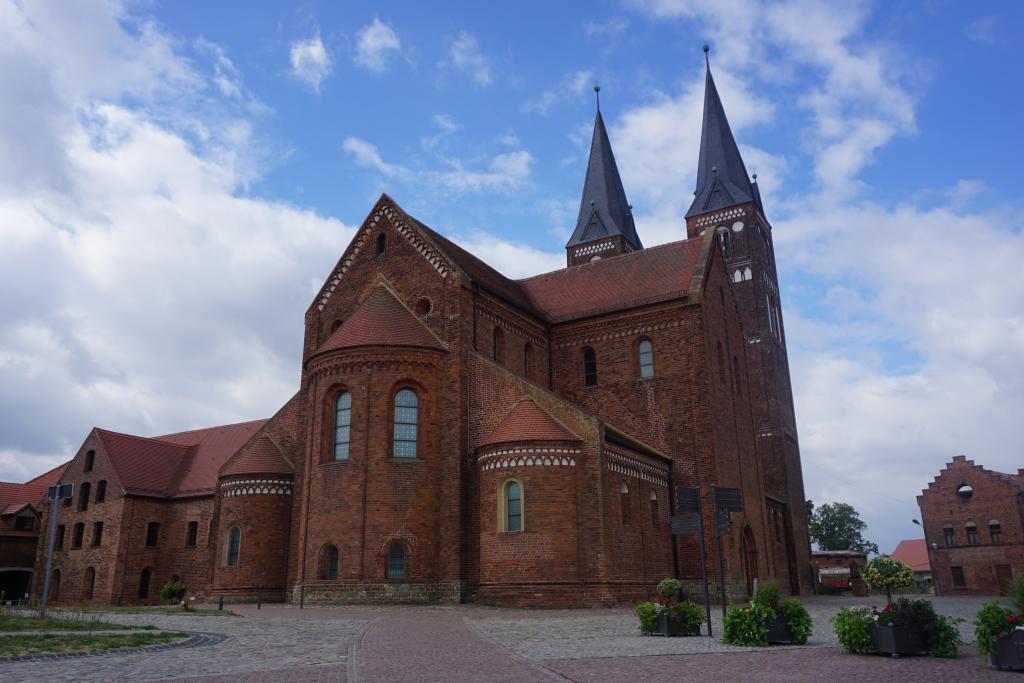 Jerichow lies about 90 kilometers north of Magdeburg, along the Elbe River. The monastery, which isn’t actually a monastery at all but a collegiate church, is located on the outskirts of the town.

The priests who founded the monastery in the 12th century were Premonstraterians, or secular priests who performed the duties of monks. Today, visitors can visit the basilica, crypts, cloisters, dormitories, and bell towers. 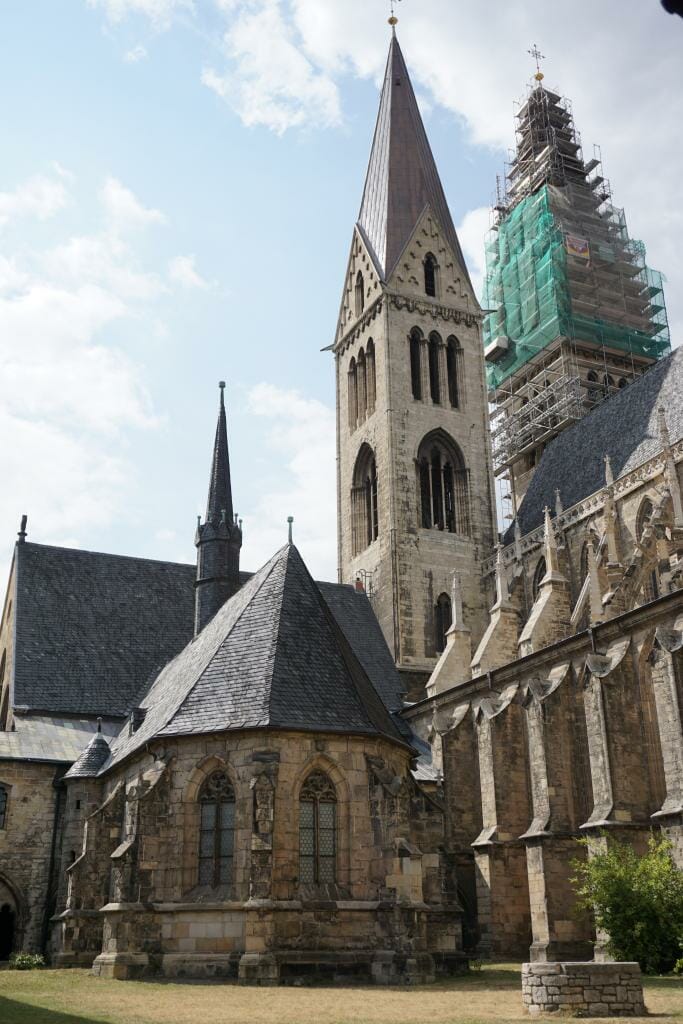 Halberstadt is the capital of the Harz region, north of Magdeburg, and home to the Halberstadt Cathedral. Modeled after a French Gothic cathedral, Halberstadt Cathedral dates to the 12th century and boasts a world-famous collection of medieval Byzantine art, which arrived here following the Fourth Crusade sack of Constantinople. 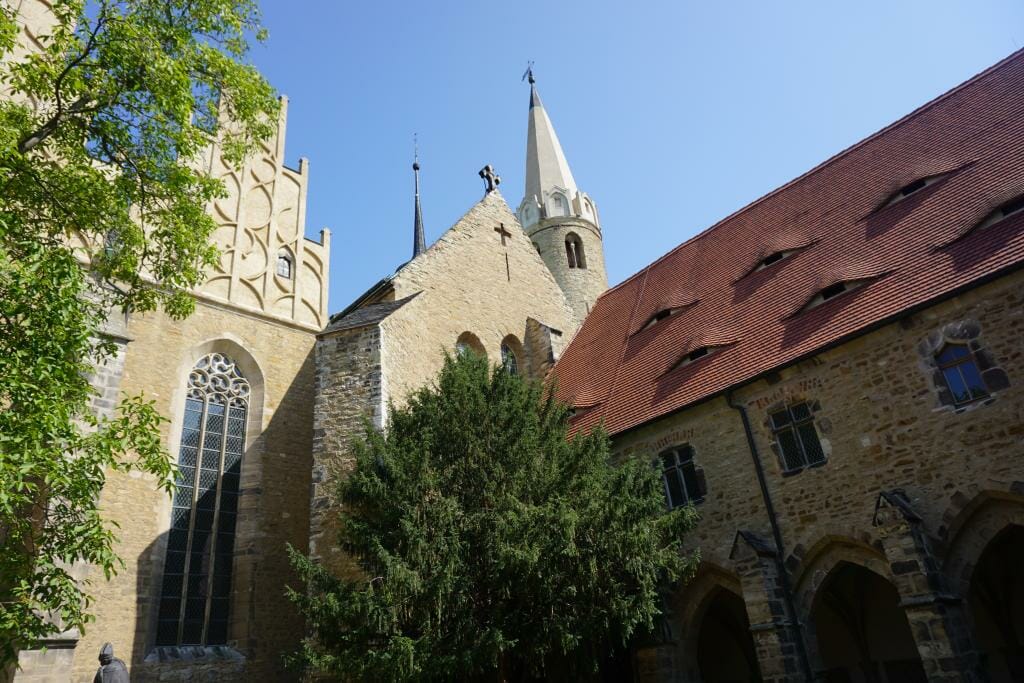 Merseburg is one of the most important stops along the Romanesque Route. Its cathedral dates to the 10th century, when Otto commissioned a cathedral here after a battlefield victory.

The town was a favorite with many of the German kings in the Middle Ages and the ducal seat of the Dukes of Saxe-Merseburg. The current cathedral was built in the 11th century, on the site of the original one, and was the site of one of Martin Luther’s speeches during the Reformation. Since 1545, no bishop has held the seat here.

A mixture of Romanesque, Gothic, and Baroque architectural styles, the Merseburg Cathedral has one of the oldest crypts in Germany which is still accessible. 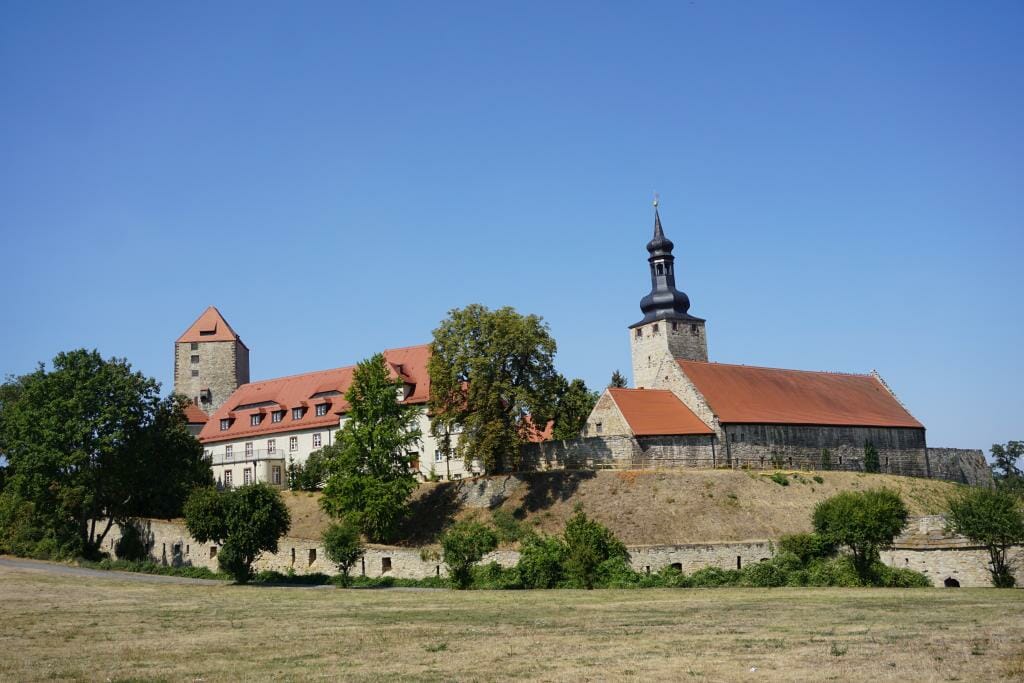 Querfurt Castle is the largest fortress in Central Germany, and well known for its role in several blockbuster movies set in the medieval era. The castle boasts a large garden, well-preserved walls, and a detailed exhibition about Romanesque Architecture in Germany. 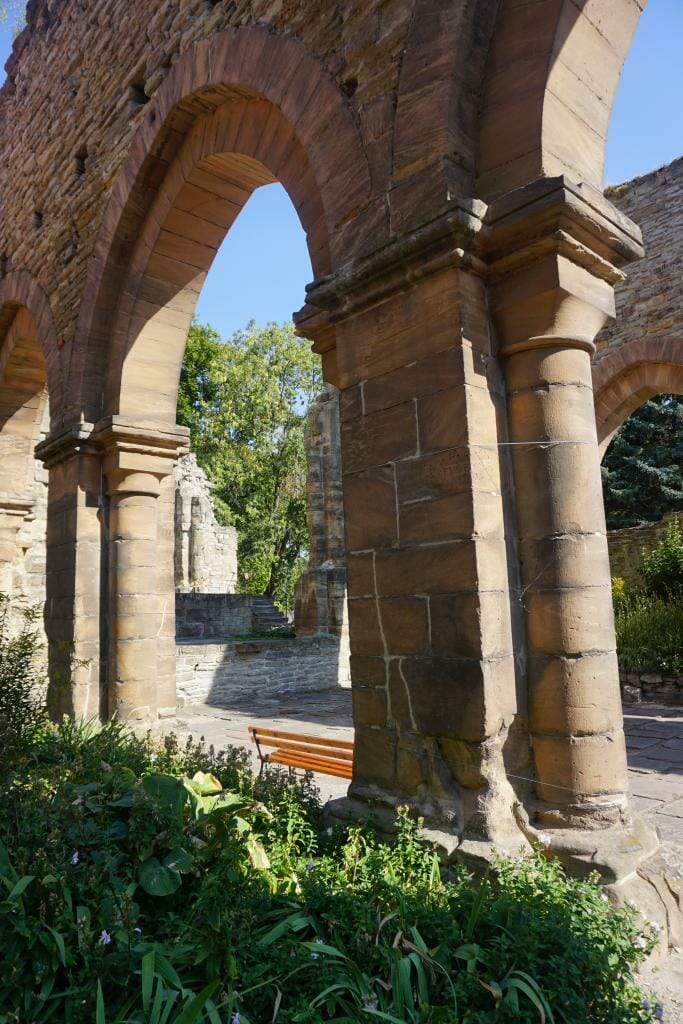 Memleben has the distinction of being the site of both Otto the Great’s and (his father) King Heinrich I’s deaths, although neither is buried here.

The Imperial Palace dates to the early 10th century, while the monastery dates to the latter end of the century.

The cathedral floor plan was discovered through archaeological excavations, and is visible in paver form, while the abbey ruins and garden are worth visiting.

The crypt remains one of the best preserved Romanesque crypts. All indicate the former importance and influence of Memleben. 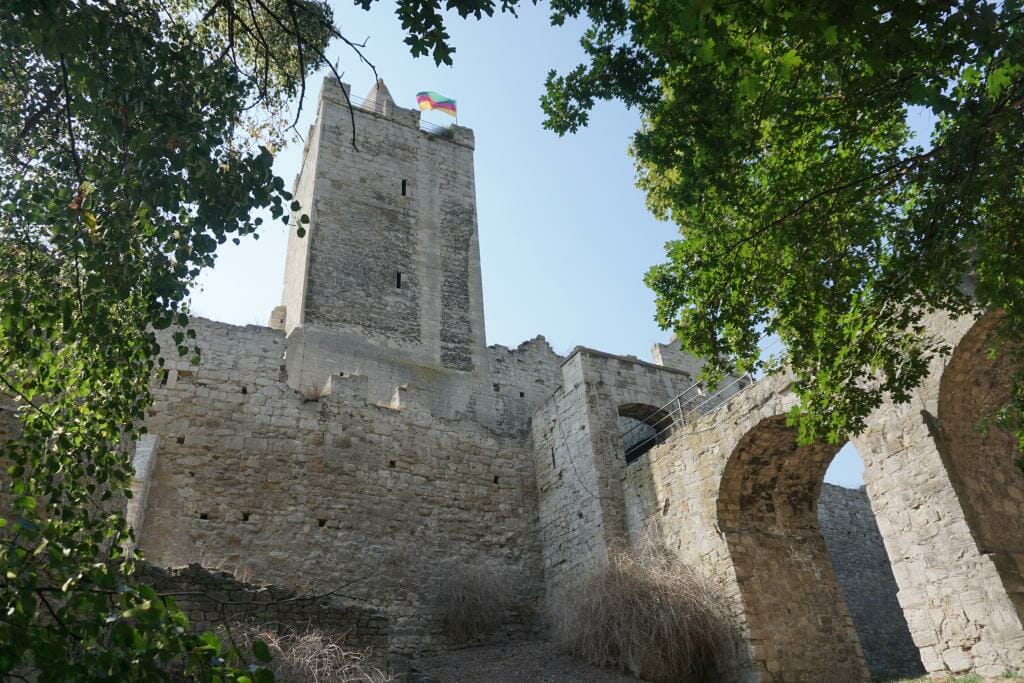 The 12th century Rudelsburg Castle is, sadly, little more than castle ruins along the River Saale, but it is a popular spot for hikers and others traversing the Route of the Romanesque.

In the 19th century, an enterprising local began to offer refreshments to those who stopped here, and by the middle of the 20th century, it was a full-blown restaurant. Activity stopped during the war, although the castle was the site of many secret wartime groups. Today it is back as a restaurant for those exploring the Romanesque Route. 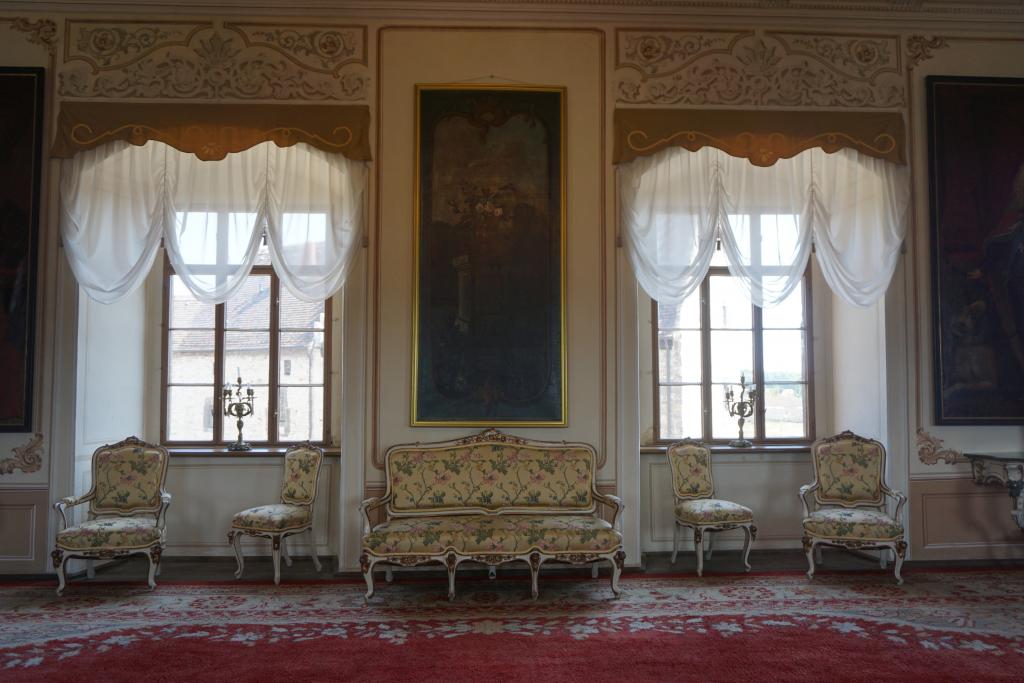 Dating to the 11th century, Neuenburg Castle was built by Thuringian counts as a medieval court and hunting lodge.

Today, it is a museum highlighting the winemaking of the region alongside the history. The castle grounds are open to guests, as are the wine cellar and the medieval keep, which offers spectacular views of the surrounding countryside. 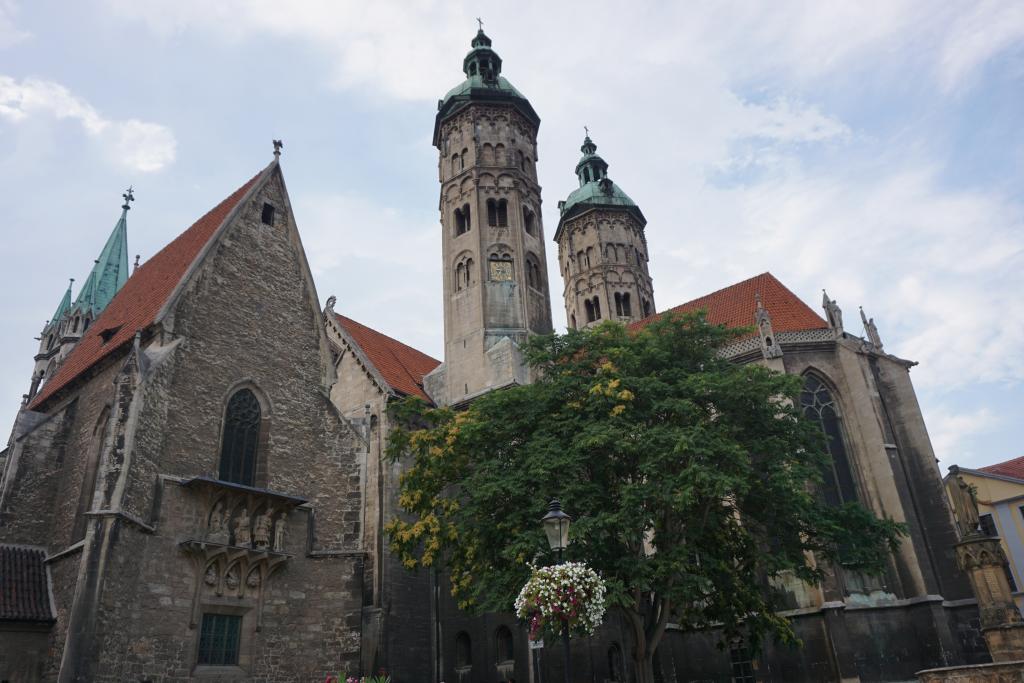 Naumburg Cathedral is one of the world’s newest UNESCO World Heritage Sites. Parts of the cathedral, like the crypt, date to the early 11th century while the modern church was built beginning in the 13th century.

Fires and the Reformation damaged much of the church, so it is a mixture of architectural styles. It was also transformed from a Catholic church to a Protestant cathedral in the 16th century and remains so to this day. Naumburg Cathedral is one of the most important examples of Romanesque architecture in Europe and a highlight of the Route.

In addition to these famous sites above, there are many more examples of Romanesque architecture in Germany’s Saxony-Anhalt. You can find more about them here. This region, which is easily accessible from Berlin, Hamburg, Paris, or Amsterdam, is a wonderful place to learn more about the rich Central European heritage and history.

A Gem for History Lovers: Examples of Romanesque Architecture in Germany was written by Chrisoula Manika from TravelPassionate for EuropeUpClose. Chrisoula was invited by TRANSROMANICA on this trip around Saxony-Anhalt. She has a ton of useful Europe content on her blog and you should definitely check it out.

Examples of Romanesque Architecture in Germany – Pin for later: 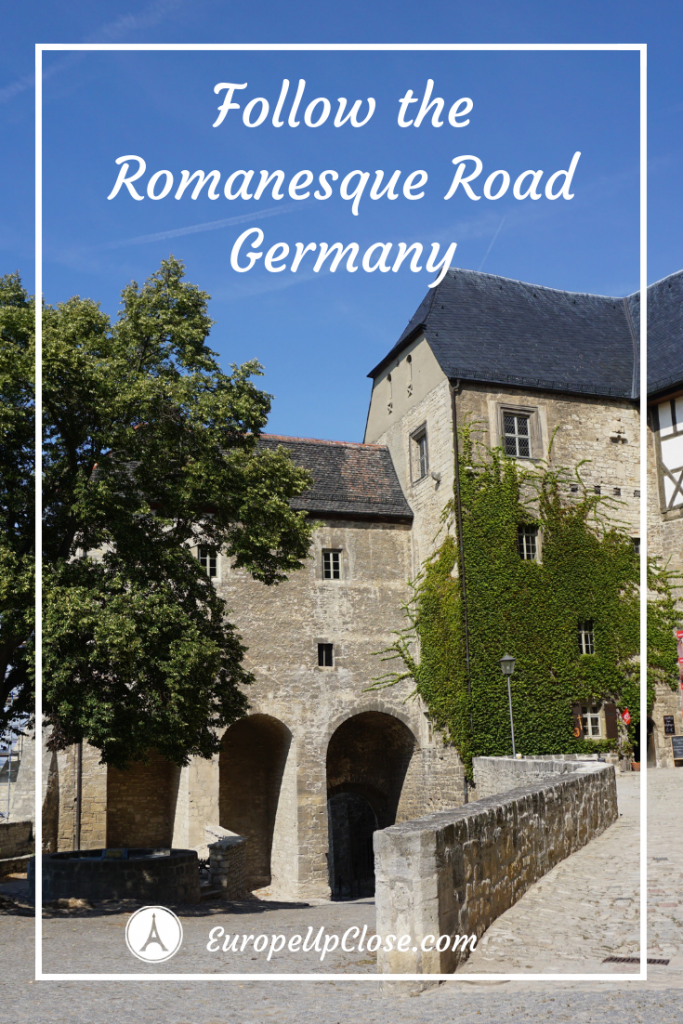 I'm all about visiting buildings with gorgeous architecture, and Germany has some of the best! After seeing these examples of Romanesque buildings, I can think of a few churches I've come across in Europe with similar features (especially in Belgium). Neuenburg Castle is going on my must-see list :)

Beautiful and Historical monument to visit in Germany, A symbol of love, Thank for sharing this romantic palace information with us.

Great blog! Thanks for sharing!