The Old World is a gift that keeps giving year round, from the mercurial peaks of the warmer months, to the subzero temps of December and beyond. It’s the latter, however, that tends to capture the imagination, a time when the old town architecture and cobbled streets simmer in the chill, and warming visions of hearty fare by firelight draw the budding European tourist in. Though you’ll need a good coat (and some thermals to boot) Europe in winter is a feast for the senses, and one of the best seasons of the year to visit. To stay warm, take a look at our Winter Packing List for Europe. No better time to experience it’s fares and wares than the chilly months ahead, and no better places to do so than these timeless European staples. 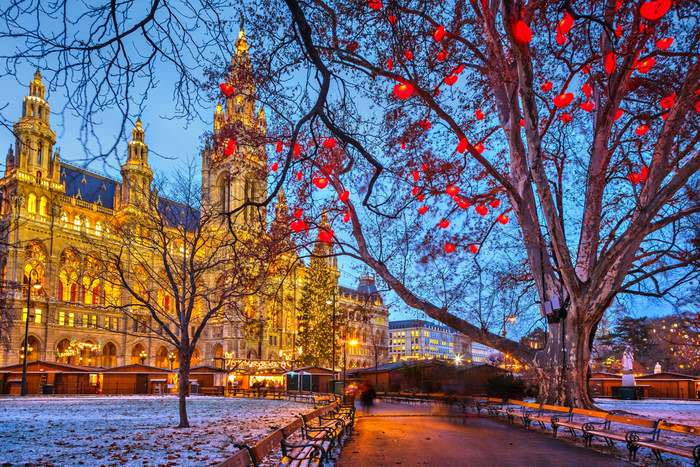 Vienna’s cultural spark and architectural grace thrives in the winter months, delivering a positively magical vibe for the budding winter wanderer. Christmas merriment is a serious deal in the Austrian capital, with a calendar full of festivals, concerts, events and markets to satiate the jolly longings.

Warm yourself at the Freyung and Belvedere Palace Christmas markets, ice skate outside the Konzerthaus, and suit up for a wintertime ballet session at the heritage Staatsoper.

And after a few days in Vienna, head to some of the best ski areas in Austria and enjoy some fun on the slopes. 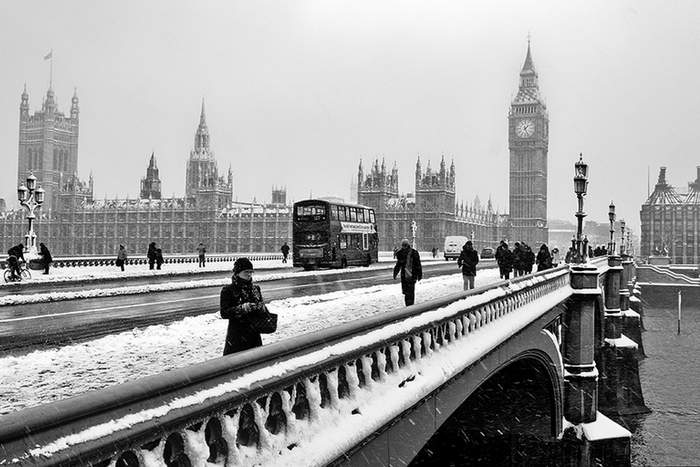 The architectural icons of London in Winter

London gets a rough reputation for it’s cooler climes – sure, it’s brisk and grey, with a tendency to shed more than its fair share of rain, but it’s also very well set up for cozy indoor times. World class museums and galleries abound, and an endless array of warm pubs and restaurants make the UK capital a perfect choice for the December turn. Think huddled wanderings through snow-covered Hyde Park, ‘hot toddies’ on rooftop bars, ales by fireplaces and carolers in the streets. There’s nothing quite like a white Christmas in the Square Mile. 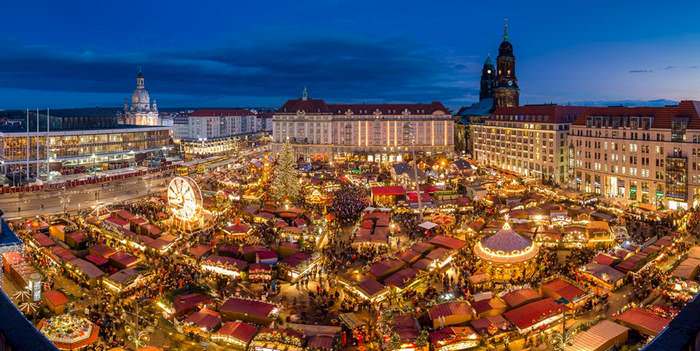 Meticulously restored after the War, Dresden brings an enchanted, Teutonic flavor to the winter months, especially pre-Christmas, with its array of sparkling Christmas markets (a Germany specialty), not least of all the 582-year-old Striezelmarkt, by far the oldest and most revered Weihnachtsmarkt in the world. Here, you’ll make the most of hot cups of rum-spiked gluhwein, hearty Deutsch fare, and good old-fashioned festivity. 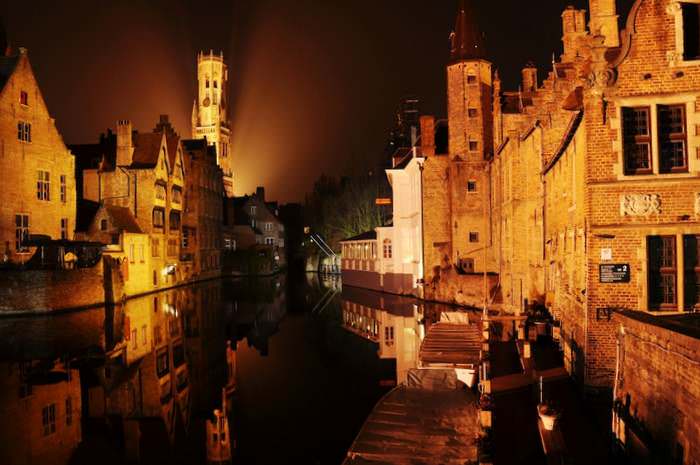 Like all lovers of Tintin comics will agree, anywhere ‘Belgium’ is an absolute bucket list necessity for a trip to Europe in winter. No better spot for festive merriment, and decidedly cozy gingerbread warmth, than historic Bruges: one of Europe’s most sought after fairytale towns. Envision misty, icy eves wandering canal side, supping warm frites, and Belgium’s finest local brew in dens by the cobbled strands of the 13th Century Grote Markt. 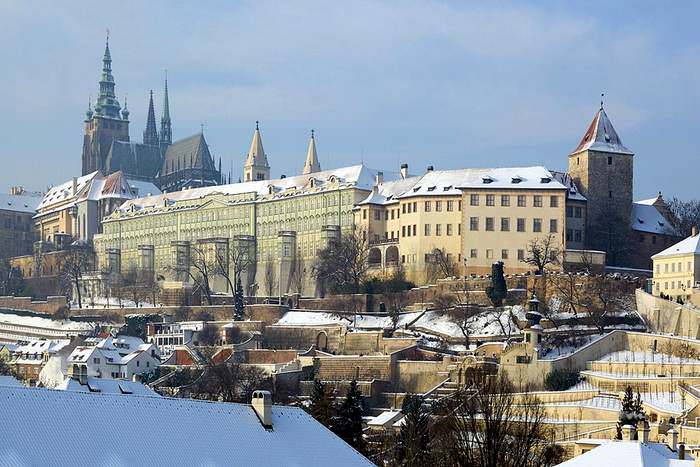 For a taste of acute gothic romance, Prague is your city. For centuries, this mysterious capital of old Bohemia has intoxicated countless travellers with its deep, dark nights and captivating old town scene. St Vitus’ Cathedral bejewels Prague’s wintery sky in the cooler months, with plenty of Christmas time conviviality over the historic Charles Bridge, Vltava River, and sizzling meat stalls by the Astronomical Clock at the Staré Město square. A joy in summer, Kafka’s hometown is even more irresistible when the snow comes down. 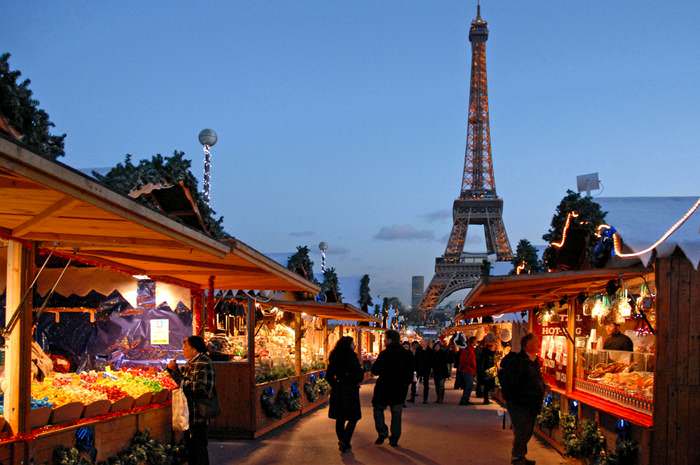 The summer throngs and tourist bustle calms to a more manageable hum from December on, and the lines at the Louvre and Tour D’Eiffel are substantially less serpentine. As the chill coats the arrondissements, and the Parisian rain begins to fall, the city’s bistrots, terraces, museums, cafes (and most importantly, the Boulangeries) are all yours for the taking. Wander the jardins, enjoy hearty bistrot meals, and feel the romance kick up an extra notch. 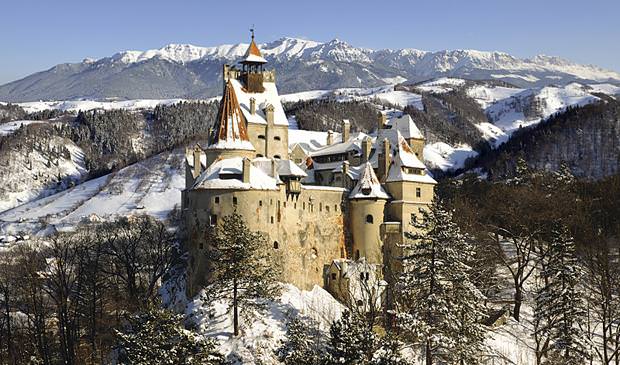 While its reputation precedes itself, it’s not all howling wolves and vampire chases in Transylvania. Known for medieval castles, fortified churches, hardwood forests, and the majestic Carpathian Mountains, mystery and wonder abound in these Romanian lands – a bona fide winter traipse through a fairytale scene. 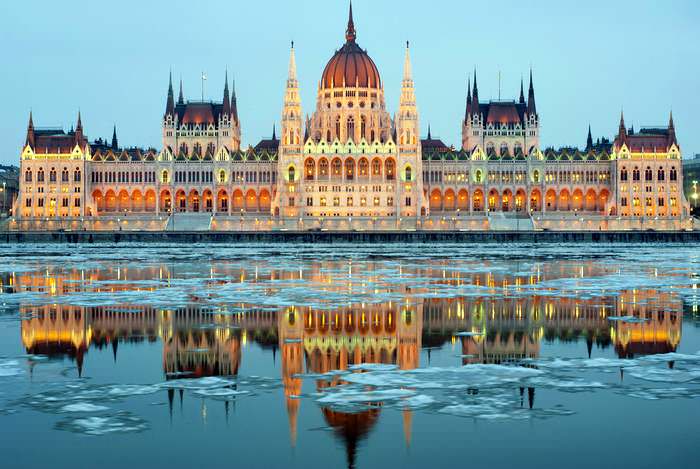 Budapest’s Parliament on an icy Danube

Across the border in nearby Hungary, be sure to factor in a cheeky pit stop in Budapest. The nation’s capital is home to one of the coziest wintertime scenes in Europe, the perfect spot to down your fill of cockle-warming local mulled wine and hot goulash, ice skate outside incredible Vajdahunyad Castle, and enjoy cozy rounds at the city’s Kerts: Budapest’s fabulously eclectic ruin pubs. 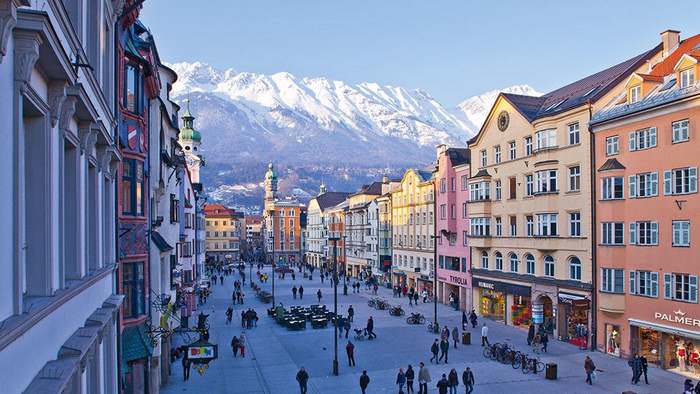 Last but not least on the winter tourist trail, head for Innsbruck, possibly the most spectacular of Europe’s ‘chilly hotspots’. Situated in Austria’s western state of Tyrol, Innsbruck is a postcard-perfect hub, cradled by dramatic snow-peaked Alps and Alpine villages. Skiers, snowboarders and snow bunnies unite! This is truly the place for an unforgettable Europe in winter getaway.

I love the winter seasons. there's something about snow and the cold outside that show a new side of a city. I'm glad you also included Transylvania on this list. Winter is always magical here!

Vienna is beautiful in winter and with a huge amount of luck (its been years we are trying) if one can get tickets to philharmonic orchestra new years performance that must be an amazing experience.

great post!! wow, that looks truly incredible. Great pictures. Looking forward to reading more of your post! Cheers. Thank you so much for sharing it.

I agree! Vienna and Budapest are perfect Christmas destinations but so are the other places on this list:)

I'll be in Vienna in two weeks. Can't wait! Great suggestions for places for Jan/Feb. Thanks!