This Easter, Doctor Silvestro Silvestori has invited us to join him and his family in Lecce, Puglia for Easter Dinner. The owner of  The Awaiting Table cooking school, Silvestro teaches hungry travelers all about the traditional cuisine of the Salento peninsula in the Puglia region, aka the heel of the Italian boot. I came across The Awaiting Table, which has a five-star rating on Trip Advisor after 112 reviews, while living in Lecce, the beautiful Mediterranean town that made me fall in love with culinary travel in the first place. Lecce is nearly impossible to capture in photographs; its architecture is so ornamental and encompassing. 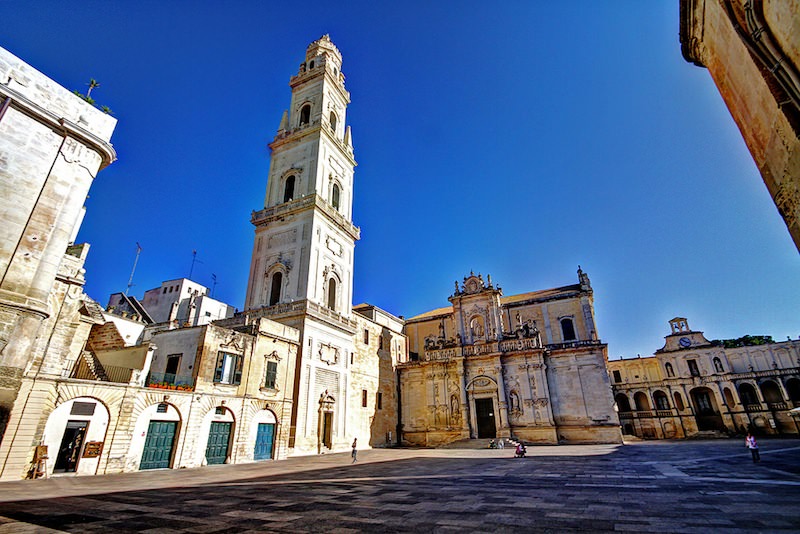 The Salento peninsula’s culture is defined by the sea, and the region has maintained many of its most ancient cooking traditions. For this article, Silvestro held Easter a few days early, and he took these beautiful photos, which show a full-on parade of Easter dishes. This is a tour de force of Pugliese cuisine and Italian Easter culture. Prepare for an epic feast for the eyes! And maybe, if we’re lucky, The Awaiting Table will share a delicious recipe or two with us for an upcoming post. 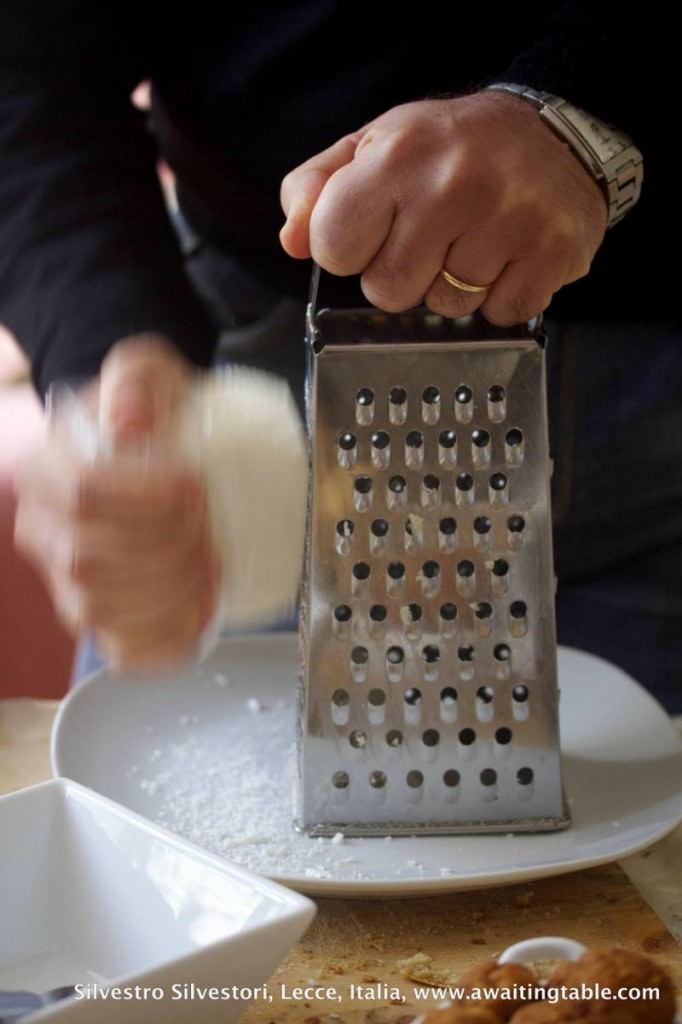 Preparing an Easter dinner takes days of preparation. In many ways, it’s very similar to our Thanksgiving. 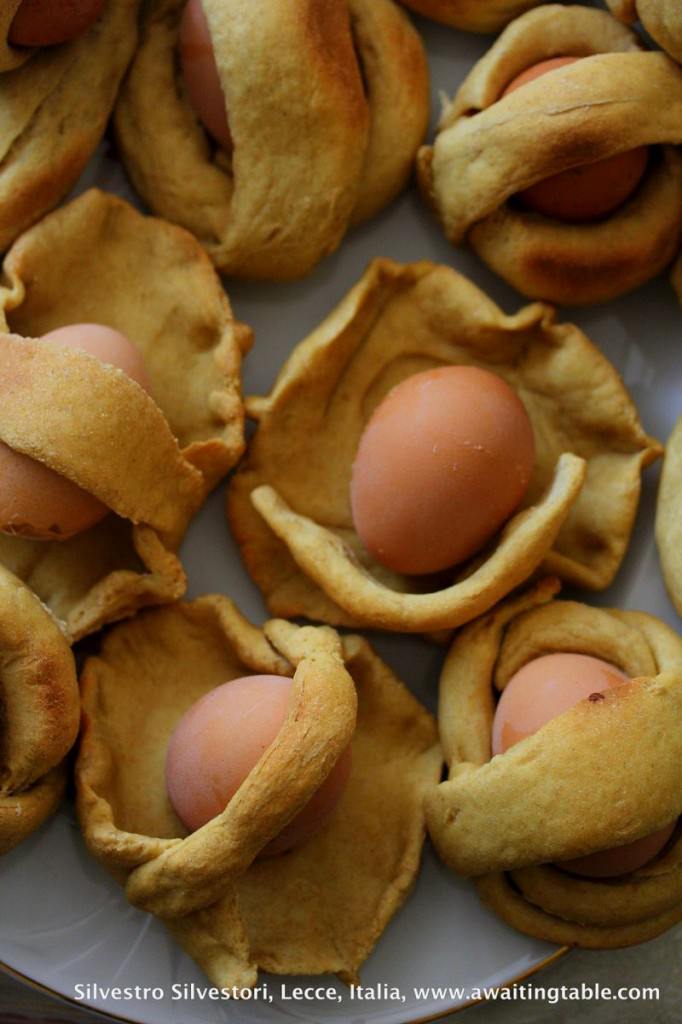 Pane di Pasqua con l’ouva, or Easter bread with an egg, is an absolute must. 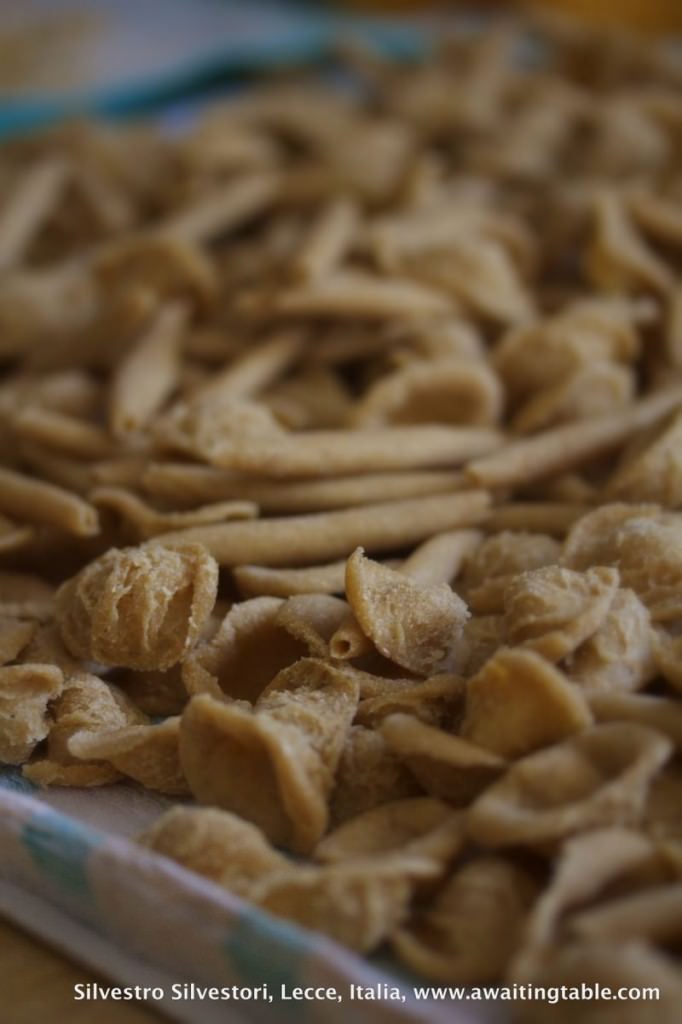 Here are two of Puglia’s most important pastas: orecchiette, which means ‘little ears,’ and trofie. 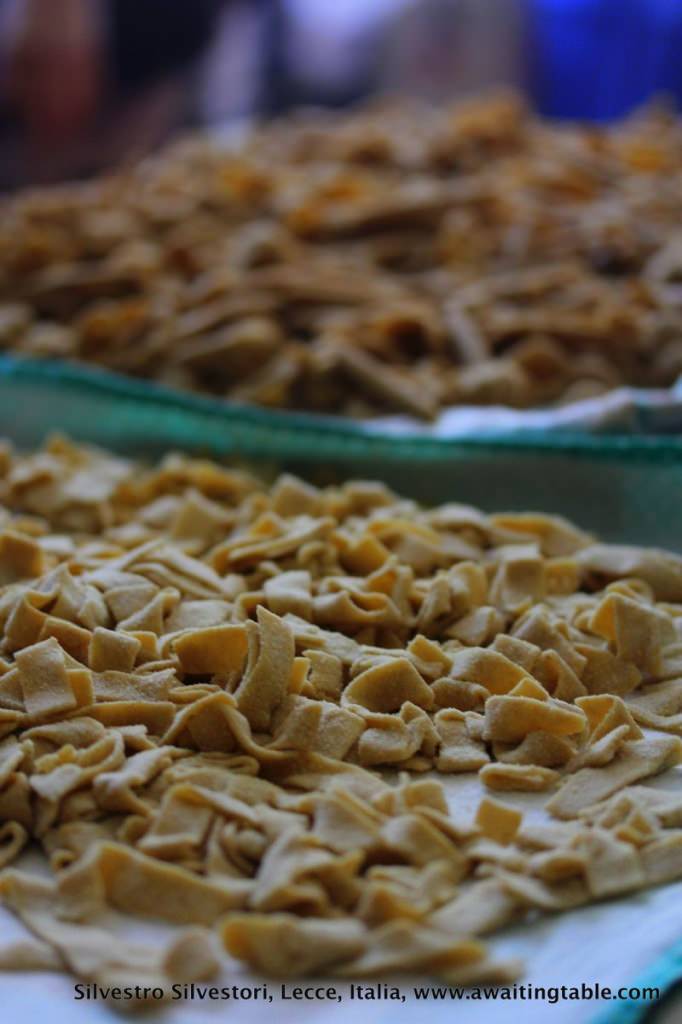 Of course, two pastas wouldn’t be enough, and Silvestro also made tria, the Pugliese name for tagliatelle. 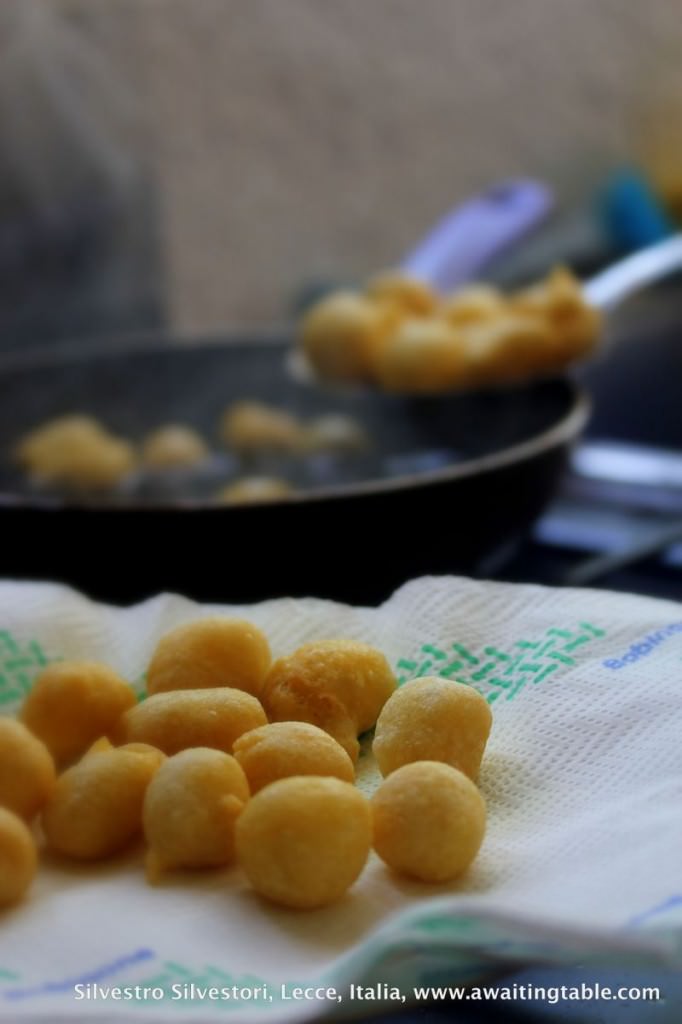 Pitule are often made with tomato and local olives mixed in. Watch out when visiting: The olives still have the pits inside! 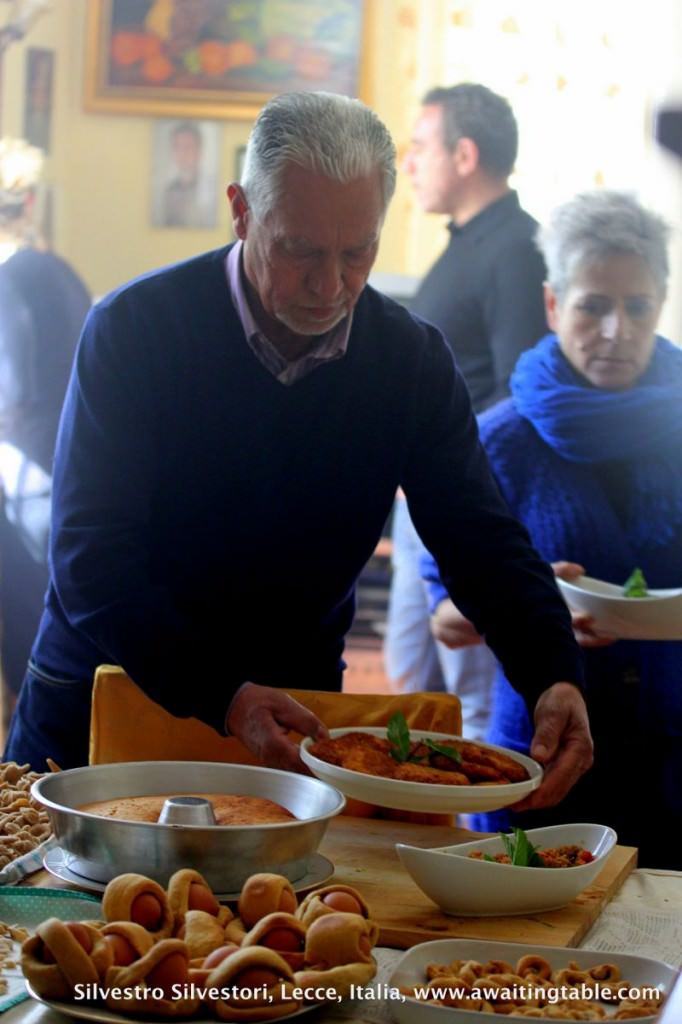 Finally, the family gathers and Easter dinner is served. 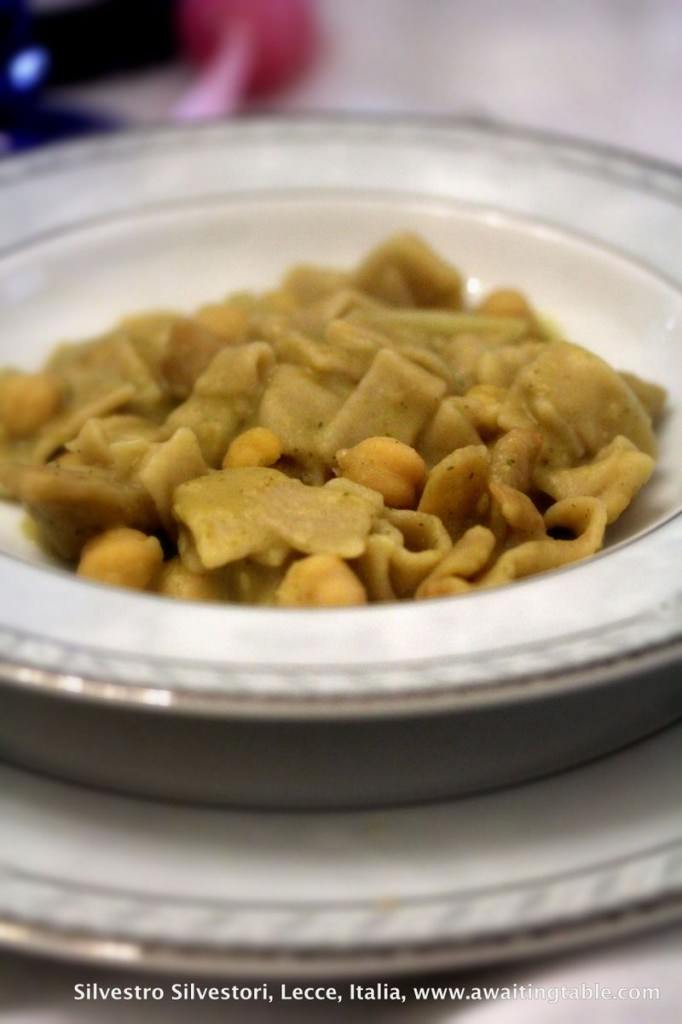 The tria has been turned into cicerie e tria. Half of the pasta is deep fried and then all of it is served with chickpeas and plenty of olive oil. 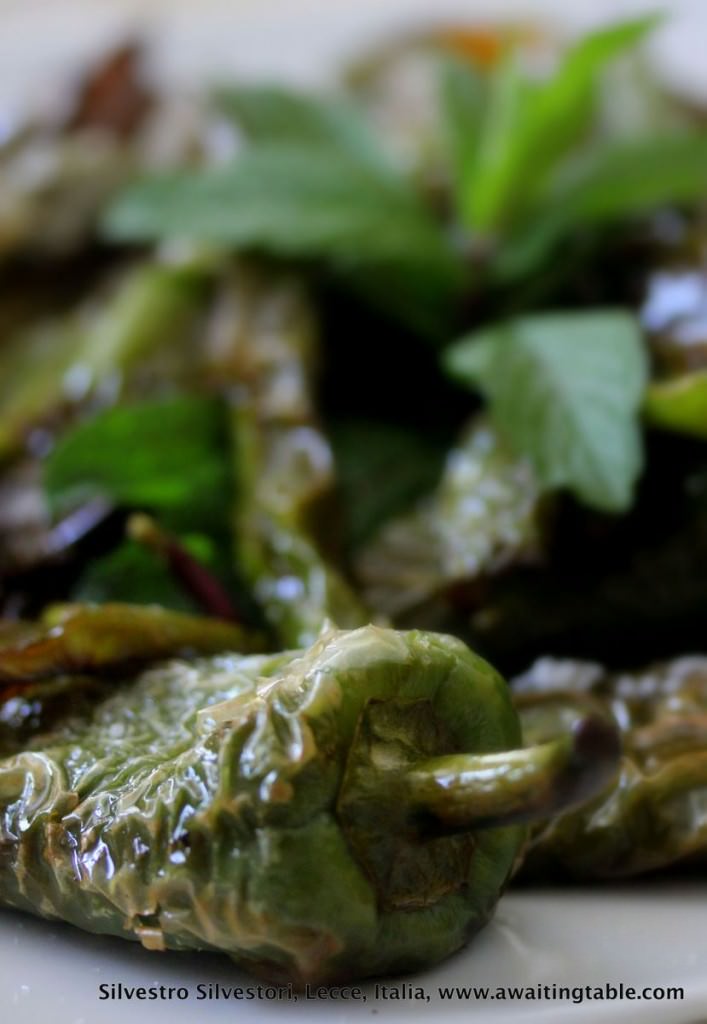 Puglia’s Mediterranean-Sea kissed vegetables are some of the most flavorful I’ve ever eaten. This is a simple dish of roasted peppers known as pepperoni arrosti. 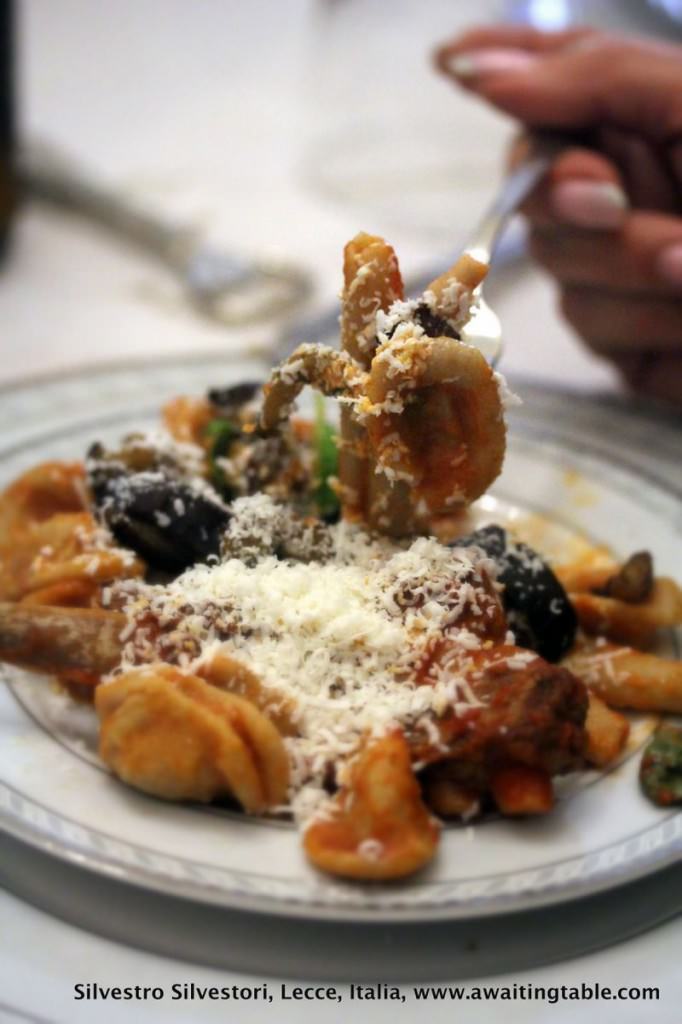 Local Pugliese cheese is the finishing touch for orecchiette. 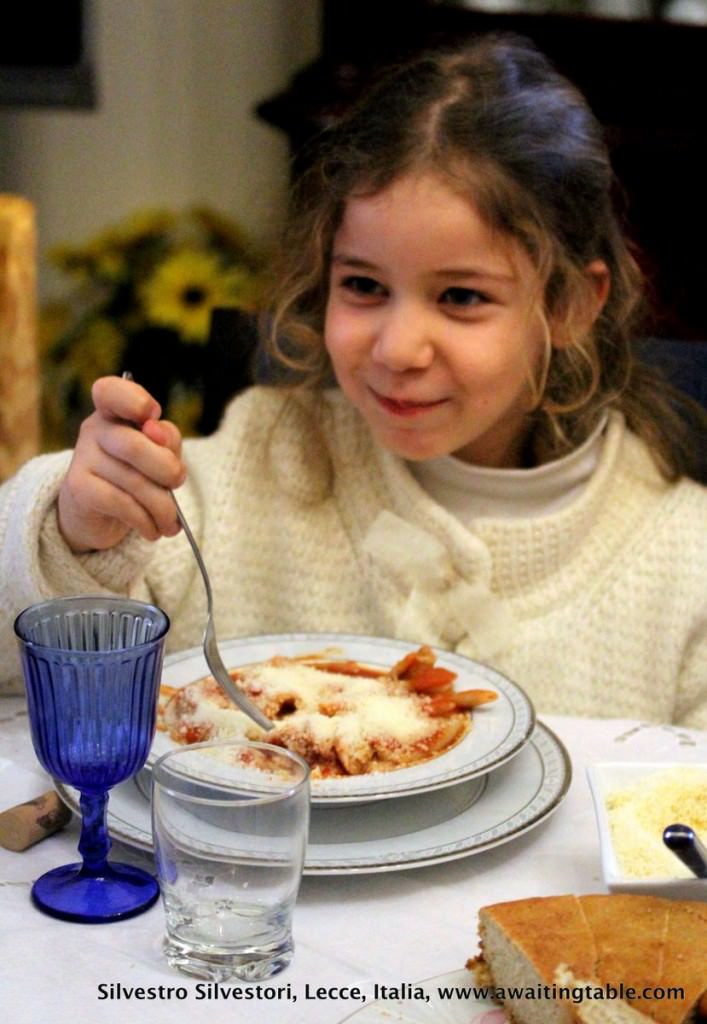 Looks like some enjoy their orecchiette with a little extra cheese. Count me in! 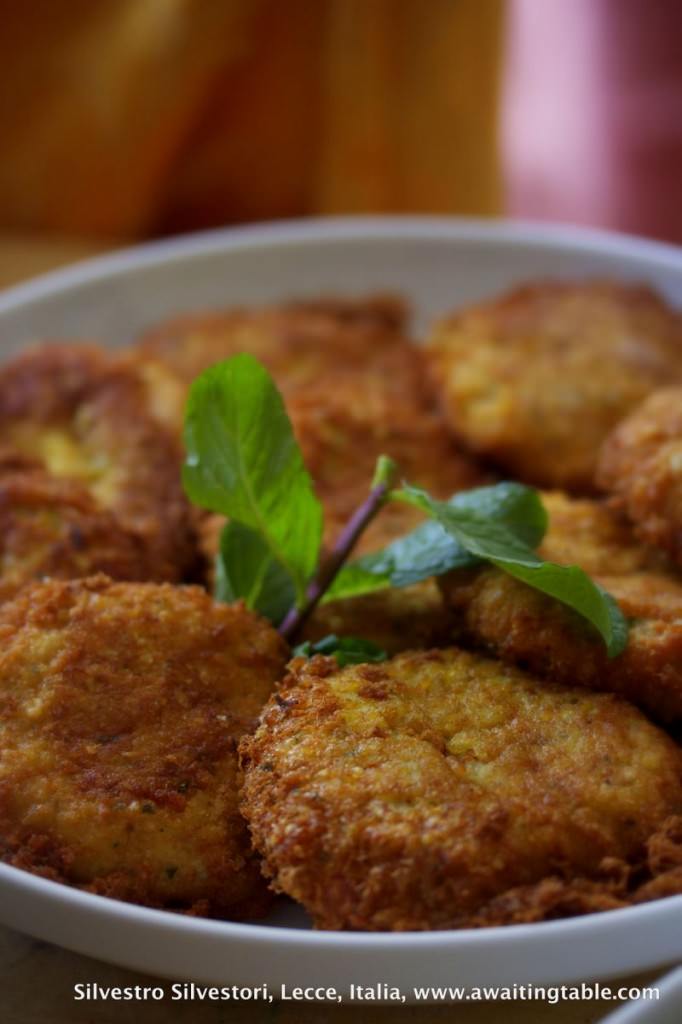 In Puglia, potato and mint is a common combination. These tortino di patate are to die for. 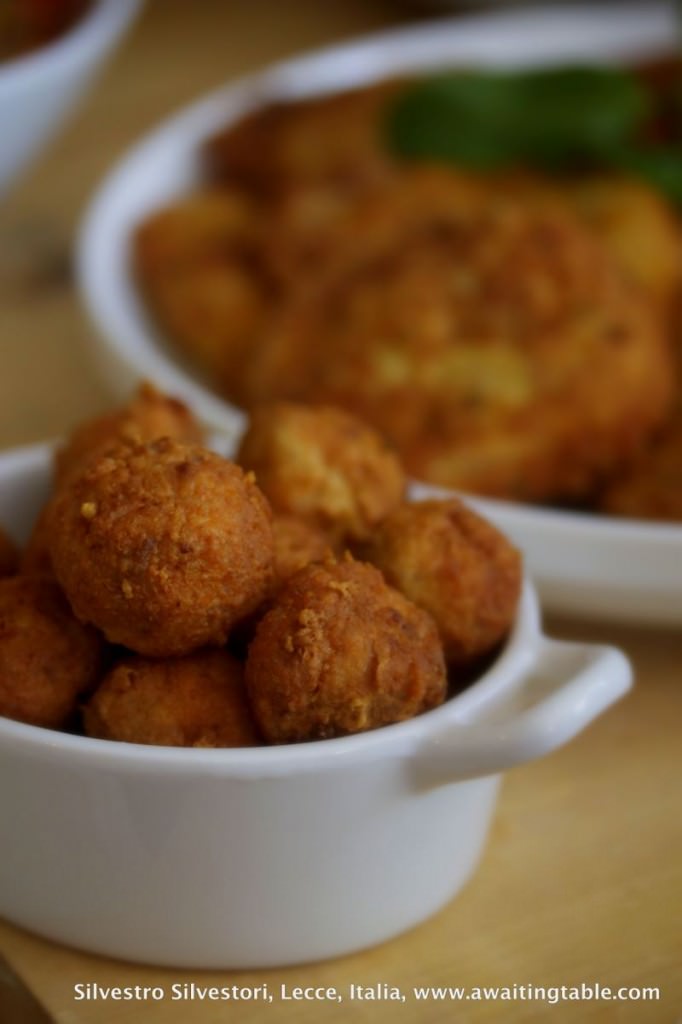 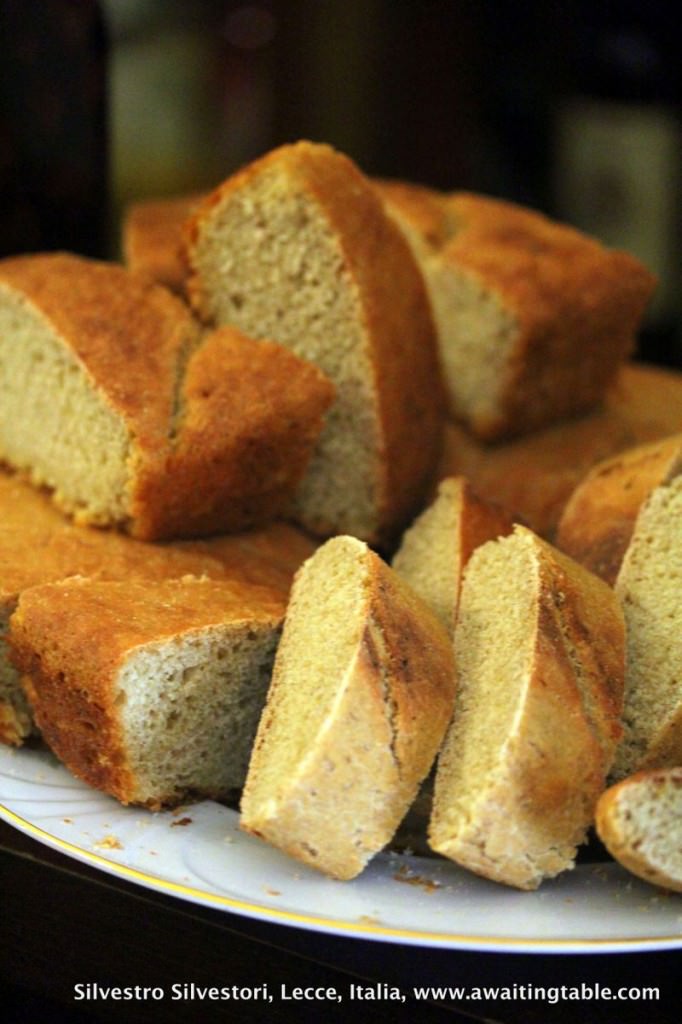 And of course, no Italian meal is complete without pane. 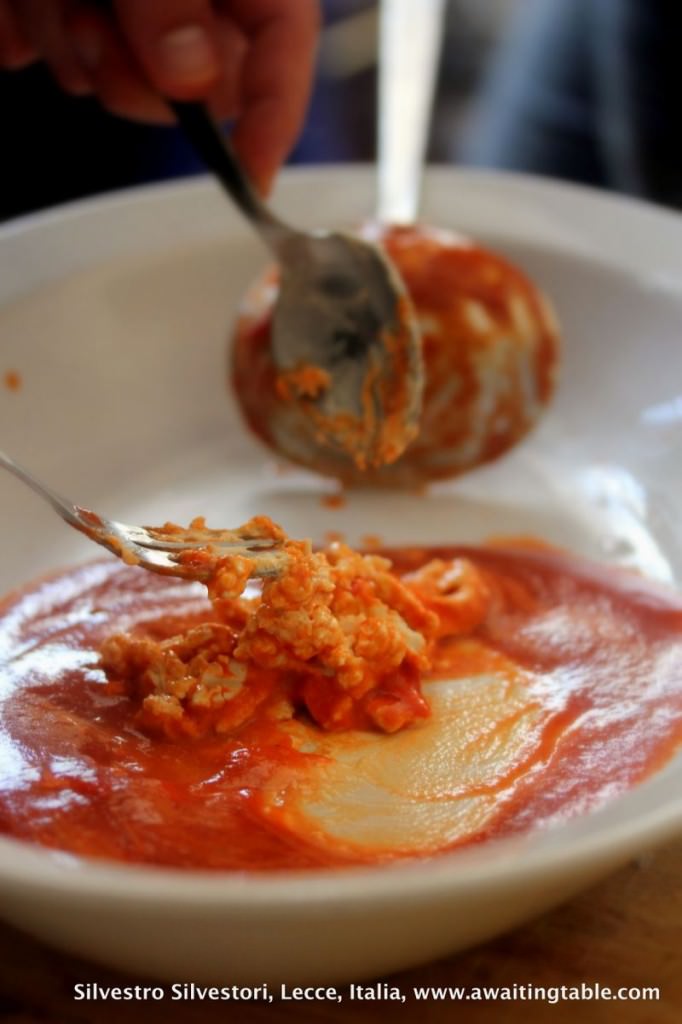 At this point in the meal, it’s time to open your second stomach (one of my favorite Italian sayings). 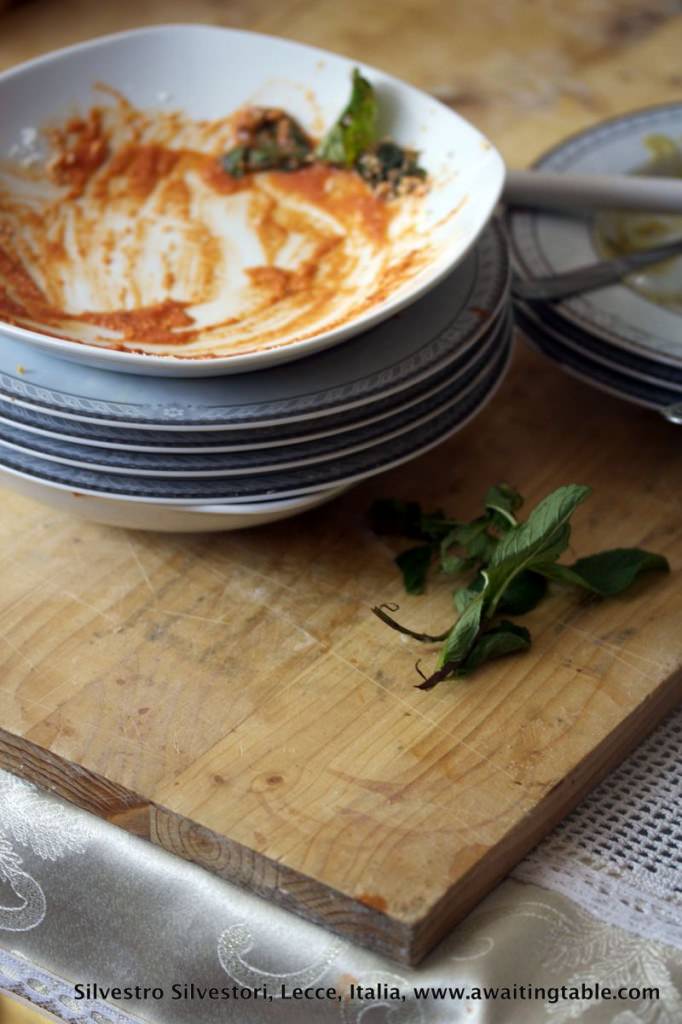 And before anyone does the dishes, I’m going to take a nap.

Grazie again to our gracious host, Silvestro and The Awaiting Table cooking school, for letting us feel like real Italians this Easter. Buona Pasqua!

Written by Mattie Bamman, the Ravenous Traveler, for EuropeUpClose.com