It’s one of those crisp, grim Berlin days, the kind that makes you feel like you’ve walked into a refrigerator as soon as you leave the front door. I’ve decided to take a walk down Sonnenallee (sun alley) in the Neukolln neighbourhood, a busy strip lined with Turkish doner restaurants, Arabic groceries and Internet cafes. One of the last things you’d expect to run into at this point is an historic 600-year-old former Bohemian village. Yet after a diagonal turn into the concrete backstreet depths of Neukolln, I found myself steeped in musty history—the winding cobbled strands and lingering charm of Bohemian Rixdorf. 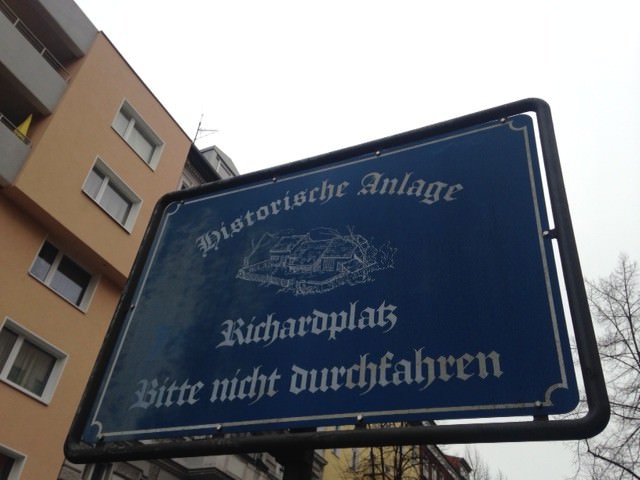 While this area, known more broadly as Rixdorf (or Richardsdorf) was a populated area as far back as 1360, it wasn’t until 1737 that Böhmisch Rixdorf was founded. The Prussian King Frederick I invited 350 Moravian protestant refugees, exiled from Bohemia under the Habsburg Empire, to live on his lands. The Thirty Years’ War was not long over; European Kings from all over Europe were inviting religious refugees to repopulate their deserted villages and create new channels for trade and prosperity. 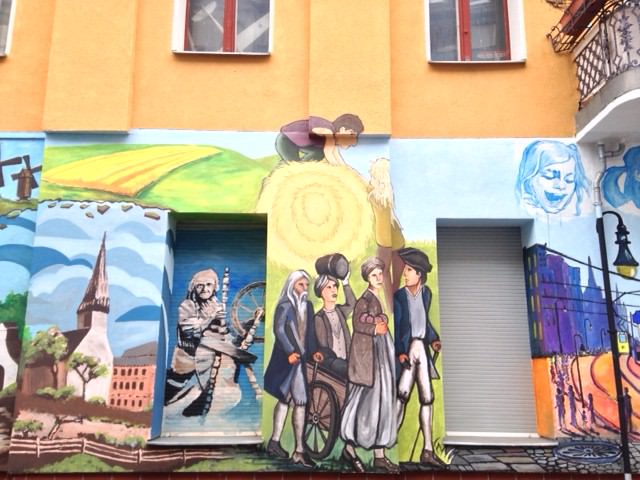 A Bohemian mural in Rixdorf

Prosperous it was. By the turn of the 20th century, Rixdorf (with the help of the cosy Czech-influenced village in the heart of it all) had sprawled into Prussia’s largest village, one known for its raucous dance parties, drinking and debauchery—so much so that authorities decided to shake that stigma and rebrand it as ‘Neukolln’, maintaining independence only until the expanded boundaries of Berlin subsumed it in the decades to come. 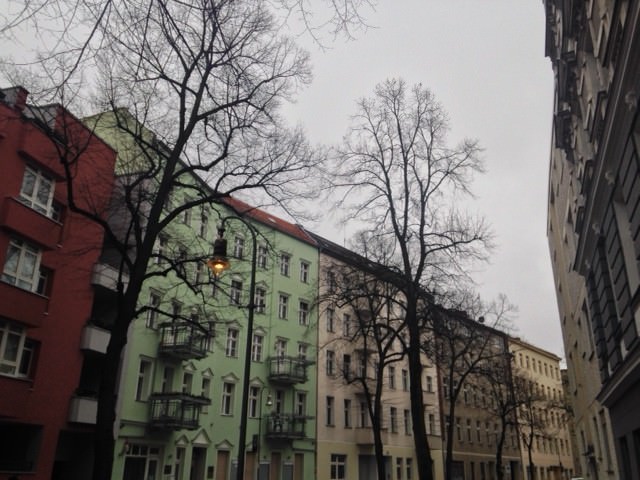 I follow Hertzbergstrasse all the way into the still beating heart of old Rixdorf, Richardplatz. It’s a long, open plaza lined with trees that are barren now in the winter, but would no doubt deliver a lush scene come the summer months. The same might be said for the nearby Rixdorf biergarden, locked away behind gates, aching for the warm glow of July. Lined by a mish mash of classic altbauern tenements, gaudy post-war apartment blocks and corner stores, I spy an archaic blacksmith’s workshop in the centre island, the Schmiede, which dates back to 1624, facing off not far from the old horse and carriage business, dormant now, but something that must have thrived in former times. In a corner by an imposing eclectic-style tenement structure sits the old village church, the  (Bethlehem Church), which I discover was rebuilt in 1693 after a fire ravaged an older building, and other parts of the small community. 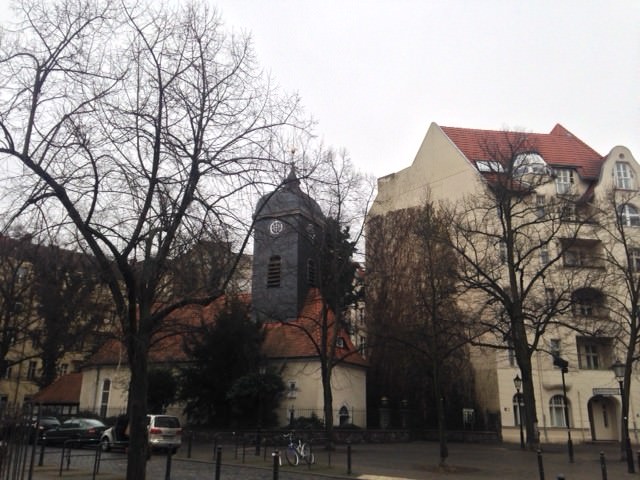 It’s hard not to be charmed by the historical incongruity at this point—a heritage nook preserved, hidden away in the bustle of concrete, suburban Berlin, a city that did not preserve a lot of its original charm after such immense destruction during the war. I soak up the scene and wander further up along Richardstrasse, the village’s main thoroughfare, where modern homes now blend with timbered farmhouses and repurposed stables, double slat doors with inset walkways that clearly allude to prior uses. I take a turn down a rustic laneway, imagining the way its gas lamps must radiate warm amber over cobblestones at night-time; at the mouth of it, a bold, if not slightly hidden statue of Frederick I greets me in a cloistered nook.

From there, it’s further along the cobblestoned strasse towards the Bohemian Church by Kirchgasse (church alley), an imposing red brick construct with spires and Cyrillic font emblazoned on front iron gates. It’s right by the Bohemische cemetery, adjacent the modern rush and bustle of Karl Marx Strasse, bookending my historical wanderings just as they’d began. 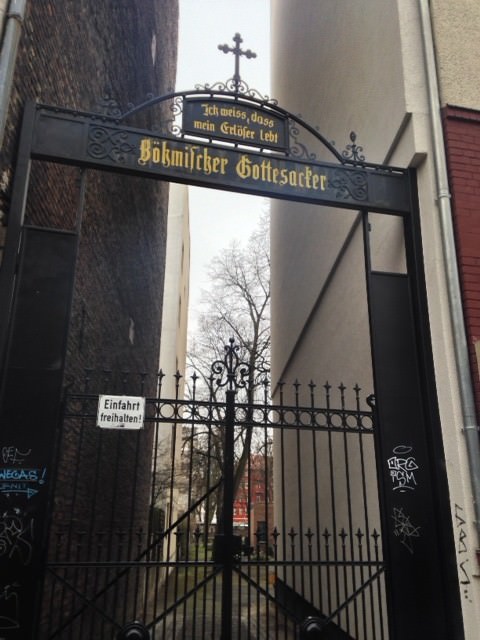 As I return to the world of modern Berlin, the neon fast food stalls and cheap mobile phone stands, it strikes me as apt that Neukolln, a neighbourhood now so synonymous with multiculturalism, has always been a hub of immigration. Those Bohemian wanderers set the scene for the Neukolln to come, and its legacy, while buried amidst the bustle, still lingers in the heart of Berlin’s most lively, gritty sectors.

i enjoy reading the info abt. berlin .i m planning to visit berlin around 22/05/15 for abt 2 nite. will it be enough or do i need to extend another day.please tell me more interesting places. what about hotels .i m looking for budget hotel and within the city centre.we are senior citizens and welcome anything that's not to taxing