Exploring the downtown area of Chisinau, the capital of the Republic of Moldova, you may start wondering why other national capitals need to be so big. This city of less than 700,000 people has a center that offers the grace and grandiosity you’d expect of any European metropolis, but laid out on a compact, easily walkable grid. All the typical institutions – parliament, government buildings, opera house – are within a few blocks on and around the central axis, Bulevardul Stefan cel Mare, and the city has a relaxed and civilized air. As a rare tourist here, you may feel you are getting a privileged peak into the inner life of a little-known European nation. 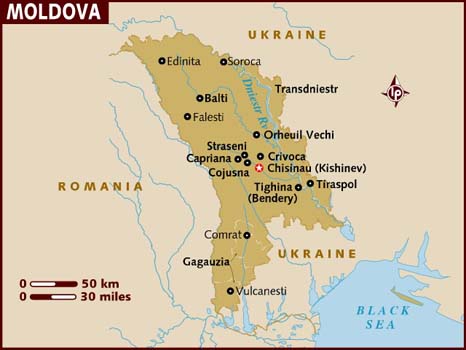 Except that this country is, in a sense, an amalgam of two nations. Moldova’s population is broadly divided between Romanian and Russian speakers – with many folks being effortlessly bilingual – and has cultural and historical ties to both countries. Since independence from the Soviet Union in 1991, Romanian culture has been more emphasized and many streets have been renamed after notable Romanians. 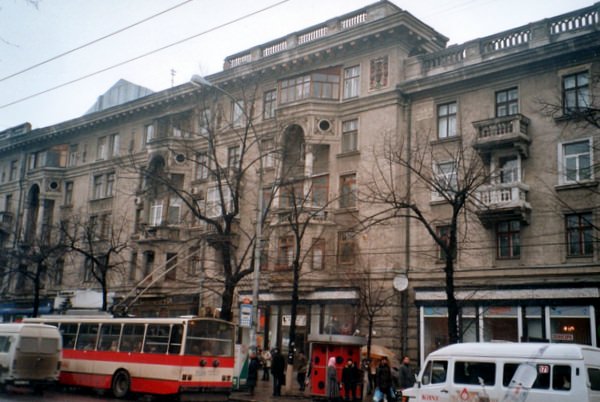 Downtown Chisinau has some beautiful buildings in a stately style that survive from the 19th century. That was a period of fast urban expansion, when the city’s growth plan was developed. 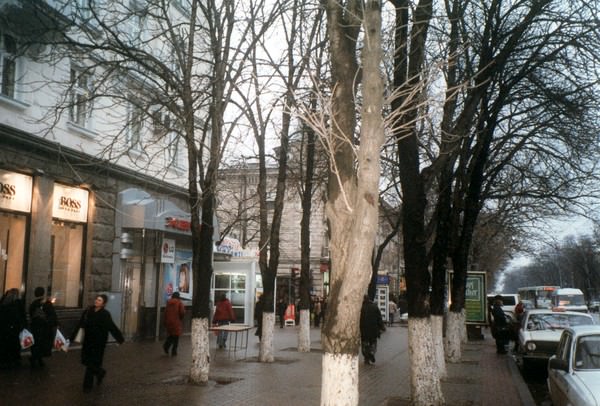 The Cathedral of Christ’s Nativity, the main downtown church, built in the 1830s, has a neo-Classical style. The belltower standing outside it is much newer, having been constructed in 1997 after the original one was destroyed by Moldova’s communist leaders in 1962. Nearby is a beautiful Triumphal Arch, built originally in 1841 and renovated in 1973.

Also check out the city hall, an attractive yellow-and-white building, constructed between 1898 and 1901 in an Italian Gothic style. It was severely damaged in World War II but rebuilt to its original glory afterwards. 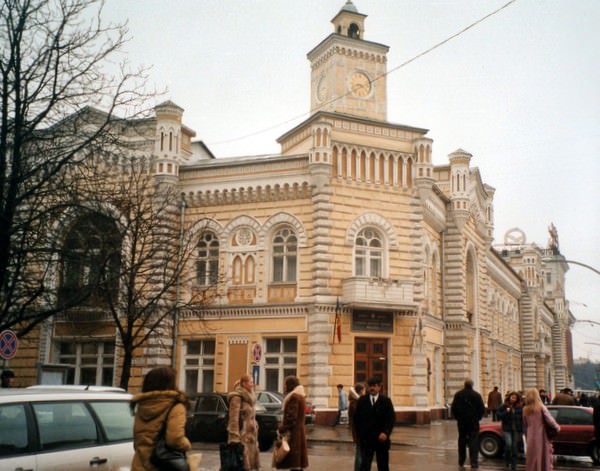 Another highlight of downtown Chisinau is Parcul Stefan cel Mare, nicknamed the “lovers’ park” because of its popularity for romantic trysts. This 17-acre park, originally laid out in 1818, has 50 tree species including mulberry and acacia trees that are more than a century old. Since 2009, the park has had free WiFi internet. It also has playing facilities for children, fountains, and statues of people who played important roles in local history and culture. These include a 1928 statue of Stefan cel Mare (Stephen the Great) who ruled from 1457 to 1504 as the prince of Moldavia, a principality whose territory included modern Moldova. There is also an 1885 statue of the Russian poet Aleksandr Pushkin, who, as a young radical unwelcome in St Petersburg, lived in Chisinau in the 1820s and sometimes strolled in this park.

Of course, Chisinau wouldn’t be a European metropolis without good downtown shopping and entertainment facilities. The city boasts great wine and souvenir shops, and its central zone has many cafes where you can sit and nurse a strong black coffee while watching locals promenading down Bulevardul Stefan Cel Mare. And Chisinau seems to have way more theaters and concert halls than you would expect based on its population – including two puppet theaters. 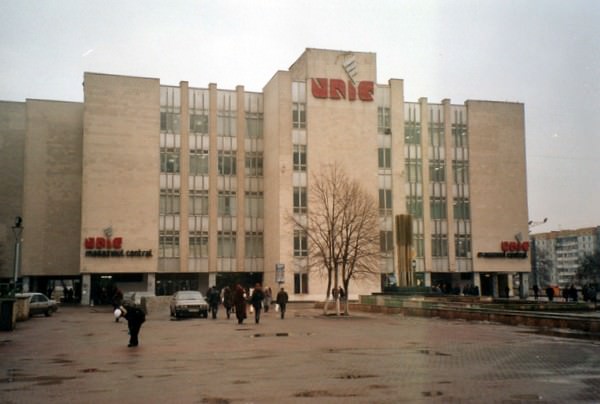 Strolling the main street, you can buy local handicrafts at the Unic department store. You can also get local wine and chocolate at the Bucuria (“happiness”) shop, whose wonderful chocolate smell beckons you from several hundred feet away.

Souvenirs are also on sale in the Sun City shopping mall – a good example of the more modern buildings that have been going up since 1991. They also include Sky Tower, an 11-story towering building with Class A office space and a restaurant. 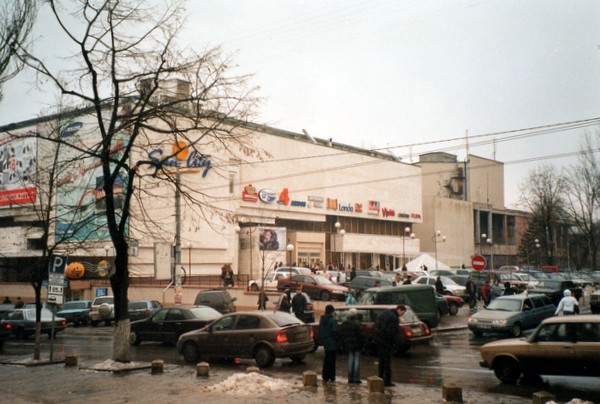 Soviet-style clusters of living blocks are still an extensive feature of the cityscape, however. A lot of Chisinau’s architecture reflects a fast growth in its population during the 1950s and 1960s, resulting in these large apartment buildings.

Also from the Soviet era is the Bucuria factory on Strada Columna, notable for its flashing multicoloured lights on the wall facing the street. The factory was founded in 1946. 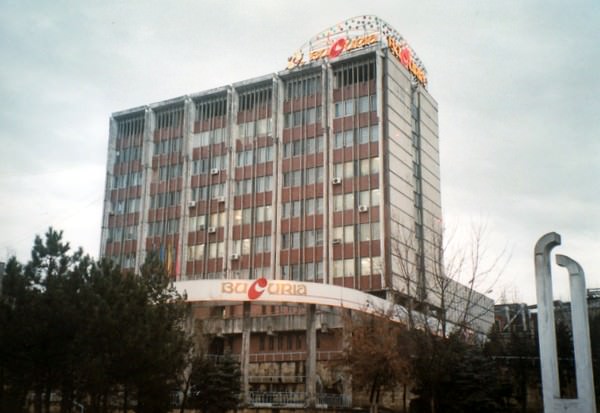 More Soviet-era construction can be seen at the monumental memorial park named Eternitate (Eternity). Opened in 1975, it is about a half mile south of the city center, on Strada Panteleimon Halippa. Its eternal flame and red arches honor soldiers who died in World War II and in the conflict in Moldova’s eastern Transnistria region.

Part of the appeal of visiting Moldova is simply the fact that it is so often overlooked. It’s known internationally for very little except the “Numa Numa” song that was a big hit around the world in 2004. Located where the Danube river meets the Black Sea, Moldova’s borders happen to have been drawn in a way that gives it hardly any access to those great European bodies of water – a good metaphor for the way the continent’s affairs largely pass this country by.

It’s best not to visit Chisinau in winter. The continental climate makes for dry, hot summers and somber, windy winters. Temperatures in winter can easily run from 0° C (32° F) down to -10° C (14° F), and street lighting in the city center leaves something to be desired on those dark evenings. Locals don’t seem to care, however, and can be seen nonchalantly walking the dog even when the ground is coated with ice and snow.

Chisinau’s small international airport is well connected to major European cities. Those include Frankfurt, London, Vienna and, of course, Bucharest.