Budapest is a bargain for  travelers: it is the new Prague. Western travelers are discovering this exciting city, and prices are still much lower than in Western Europe’s top cities. 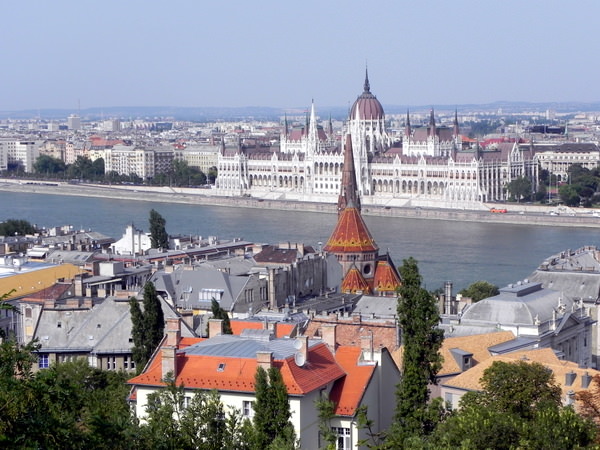 Things to do in Budapest 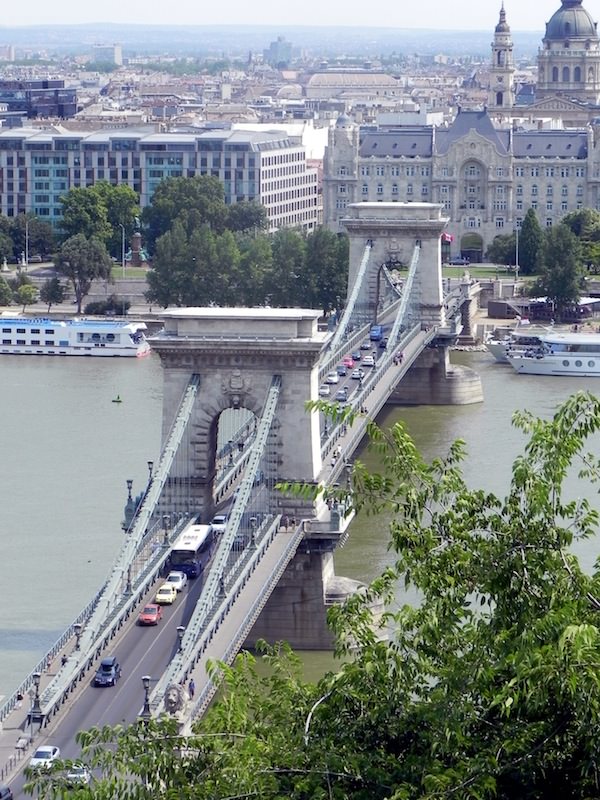 The chain bridge spans the Danube

Caught midway between Western and Eastern Europe, where the Carpathian basin meets the mountains and plains of central Hungary, the two ancient towns of Buda and Pest are divided by the wide blue Danube River. United into one city in 1873, Budapest displays a fascinating combination of east and west cultures. It’s visible everywhere in this vibrant city: In the Gothic architecture of its superb Houses of Parliament and restored Renaissance cathedrals and basilica; in ancient castles; and the Turkish baths strewn around the city like an elaborate mosaic oasis of heated water. 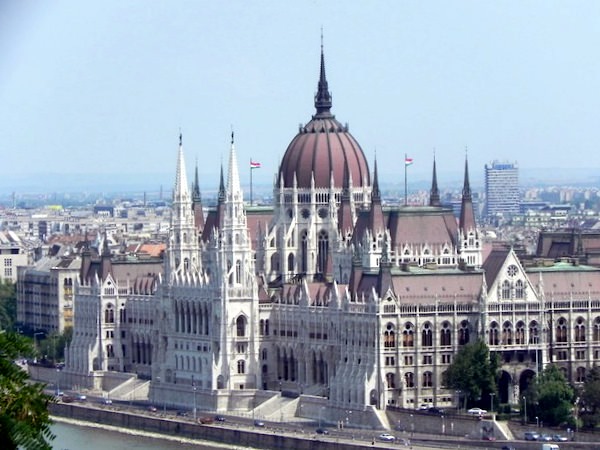 It’s easy to be entranced by the contrasts between old and new Budapest. Polite young hawkers standing on street corners, dressed in jeans and sweat tops bearing the names of U.S. Universities, try to talk you into taking their bus tour, over the din of the busy traffic-packed streets. Coffee shops and Izod and Cartier storefronts announce the 21st century in modern shopping centers and street malls. Yet, around the corner you stumble across a Basilica echoing with Latin chants or gaze across the wide Danube to the old historic town’s austere, squat Buda Castle just as its citizens did in the 14th century. 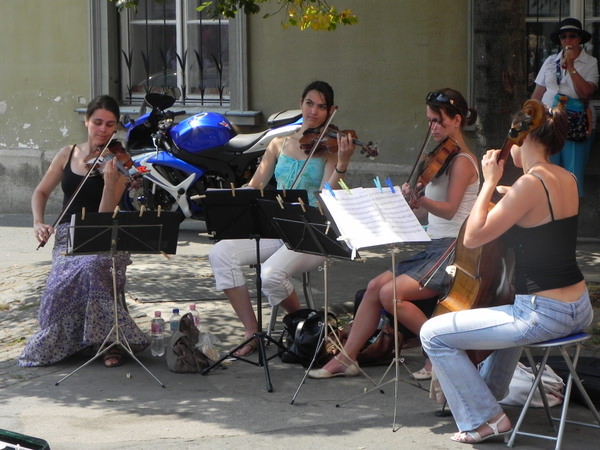 A great way to start your tour of Budapest is by soaking in its turbulent history at the Hungarian National Museum. Celts, Romans, Magyars, Turks, the Habsburgs, Nazi Germany, and the Soviet Union have invaded Budapest at one time or another. Stroll through the superb galleries in this neoclassical building, constructed between 1837 and 1846, as you look at the intriguing artifacts of these epochs, and relish in Hungary’s happy ending when it was declared a Republic on October 23, 1989 with the abrupt collapse of communism. 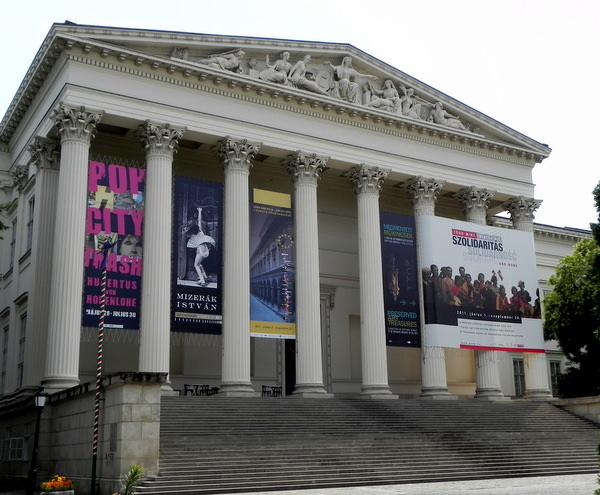 The Ethnographic Museum is well worth visiting for its marvelous collection of historical and cultural artifacts, its displays crammed with a huge variety of Bric-a-brac (192,000 objects!) dating from the town’s early settlements in the Bronze Age around 2000 B.C. You walk through time as each gallery brings you closer to contemporary society. But the main reason you should visit this museum is to admire the sheer magnificence of the museum’s marble entry hall. Originally the royal court or Palace of Justice, built in 1893-6, the hall’s breathtaking blend of Renaissance, Baroque, and Classical architecture is seen in its regal staircases, Corinthian columns, and inlaid floor tiles. It’s easy to see why it has been the backdrop of many a renaissance movie. 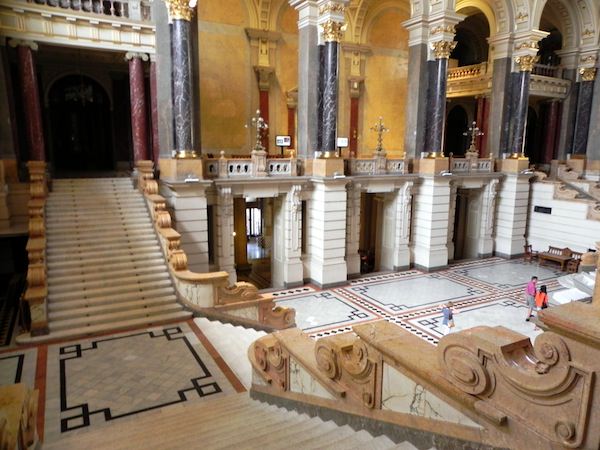 The nearby Houses of Parliament (built 1885-1904) is equally stunning, with a 96-meter high red dome, Neo-Gothic and Baroque architecture, and decorated with 233 statues, 27 gates, 10 courtyards, and 691 rooms. The line for the tour is however, formidable, and you might be better off simply walking around the outside.

Castle Hill overlooks Budapest like a majestic emperor, and you’ll easily spend a day or two exploring its eclectic museums, Sandor Palace, and Buda Castle (which houses the Hungarian National Gallery) in this perfectly maintained medieval town, complete with cobblestone roads. But, start your tour of the Castle District from Batthany Square down beside the Danube and walk a mile up the steep hill through the suburbs of Buda to get a feel for how the locals live. 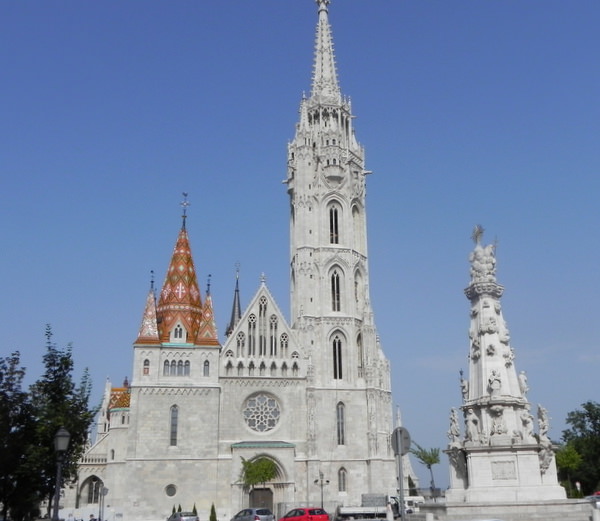 The renowned Matyas Church on Castle Hill in Trinity Square

Two spectacular sights within a stone’s throw of each other on Castle Hill’s picturesque Holy Trinity Square are the renowned Matyas Church, with an unforgettable mosaic tiled roof, and Fisherman’s Bastion, the section of the medieval wall manned by the Fisherman’s Guild, with spiked turrets looking like something from a fairy tale. 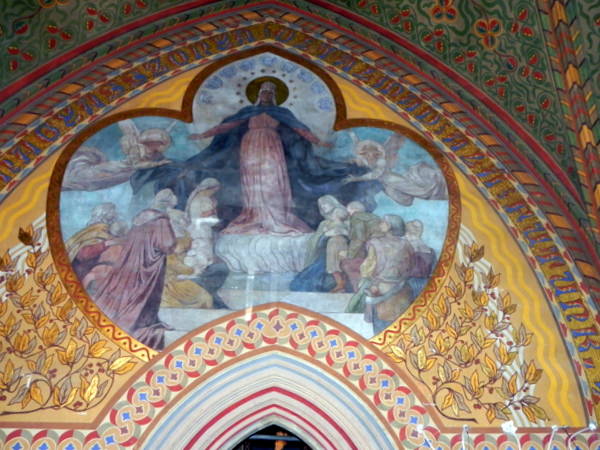 Budapest’s bustling Central market is a cultural hodge-podge of souvenir shops, food stalls, and delis, offering a crash course in Hungarian cuisine. I tried a progressive meal of Hungarian sausage, salami, cheeses, hams, savory pastries and goulash, all with varying amounts of the ubiquitous spicy red Hungarian paprika mixed in, with results from mildly appetizing to mouth burning. Take a moment to admire the structural steel girder architecture in this massive hall. If it looks vaguely familiar, it’s because it was designed by Gustav Eiffel of the Paris Tower fame. 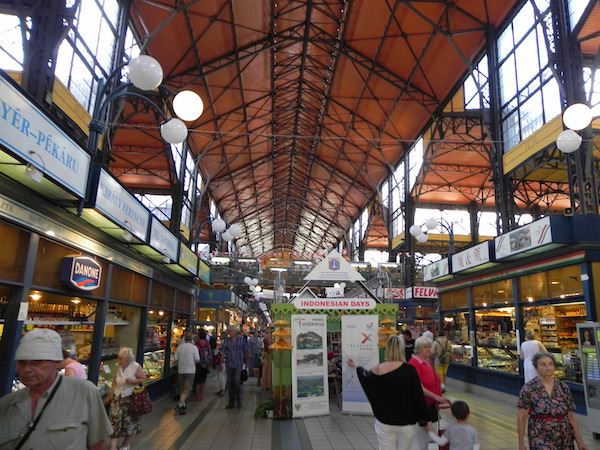 To do justice to Budapest, a solid week of sightseeing is recommended. There’s far more in the town than can be compressed into a sound bite, but other must-dos include: crossing the Danube and Chain Bridge, taking the waters at any of Budapest’s renowned baths, visiting through St. Stephen’s Basilica, walking through Hero’s Square and the nearby Szechenyi Baths, window shopping along the Vaci Street pedestrian mall, and strolling through the town’s many fine museums. 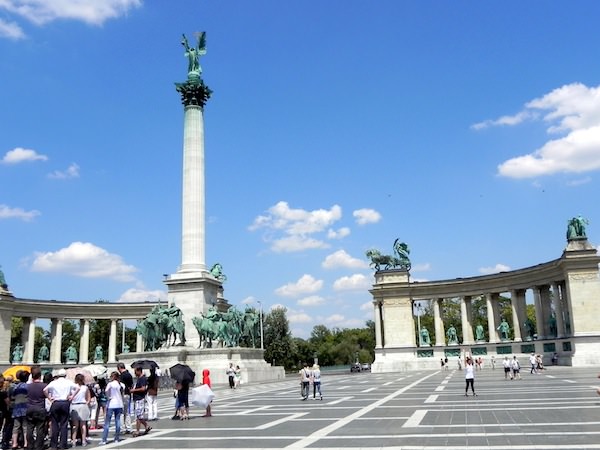 You’ll find the Hungarians very eager to show you their city, with that sort of strong pride so evident in a country that has only recently gained its political and cultural freedom. That makes Budapest the perfect destination for solo travelers. 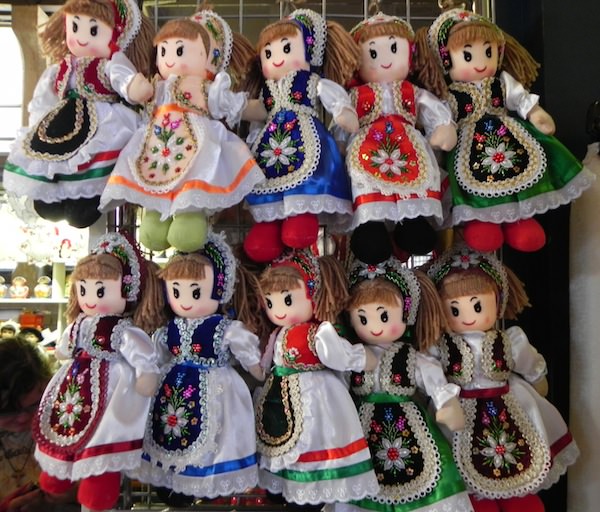 Visiting Budapest is like playing with Hungarian Erno Rubik’s famous Cube of the same name. Every time you turn one way or the other, dozens of intriguing scenic combinations confront you. Do I go this way to a history museum or that way to visit a Turkish bath; this way to a palace or that way to a historic town perched atop a hill? Whatever way you choose, Budapest will thrill you. And now is the time to visit, while its tourist prices are still very reasonable.

Are you looking for a place to stay in Budapest? Here are our Budapest Hotel recommendations.

Written by and photos By Roy Stevenson for EuropeUpClose.com

thank you for the lovely column, my daughter and I will be travelling from Canada to Hungary in 2 months and we look forward to it

Budapest does look beautiful !! The Houses of Parliament looks like the inside of the palace in venice !!