Brasov, Romania is home to a very pointy Orthodox church and one of the narrowest streets in Europe. But to find those attractions, you need to venture a few blocks south of the historic town center, into the winding lanes and ramshackle houses of the Schei district, home to Brasov’s Romanian community from the 12th to the 17th century. 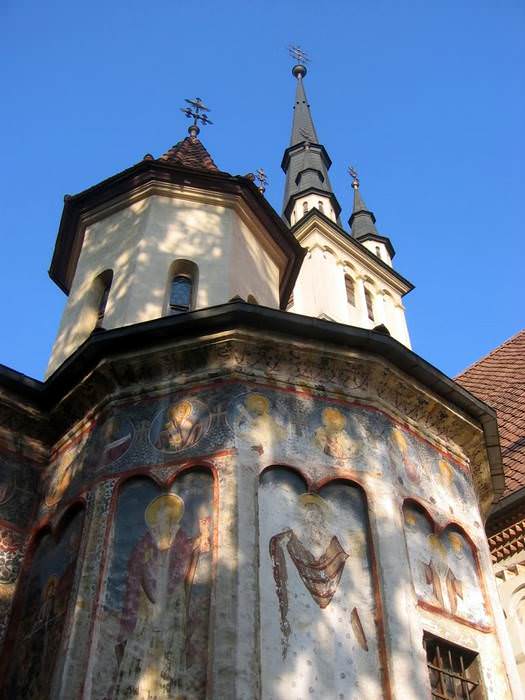 Brasov may be in Romania, but the fact that it had a Romanian quarter at such an early period is a surprise nonetheless. That’s because it is in Transylvania, a region whose major cities were dominated for centuries by German and Hungarian speakers, while the Romanians were mostly rural. Brasov was a bit different because, situated in southeast Transylvania, it was a center for trade with the neighboring Romanian-speaking principalities, Moldavia and Wallachia. Brasov’s Romanians acted as go-betweens for local German-speaking traders, and conducted trade in their own right.

As time went by, Brasov became a leading place within Transylvania for Romanian-language education, culture and, from the 1500s, printing. But the Romanians had to live in Schei, just south of the city walls, because only Germans were allowed to live in the orderly streets of the historic town center.

It was thanks to the local residents’ contact with Moldavia and Wallachia that they were able to build such a sumptuous church. Funding came from those areas’ governors or princes (their title in Romanian was voievod), for which reason it’s sometimes called Brasov’s “voievodal church.” The first benefactor of that type is thought to have been Vlad Calugarul, voievod of Wallachia, who aided the locals in starting work on a stone church in 1495, to replace the wooden one that had been here since 1292. Thanks to later occupants of his throne like Ioan Neagoe Basarab and Petru Cercel, the church was largely finished by 1583. 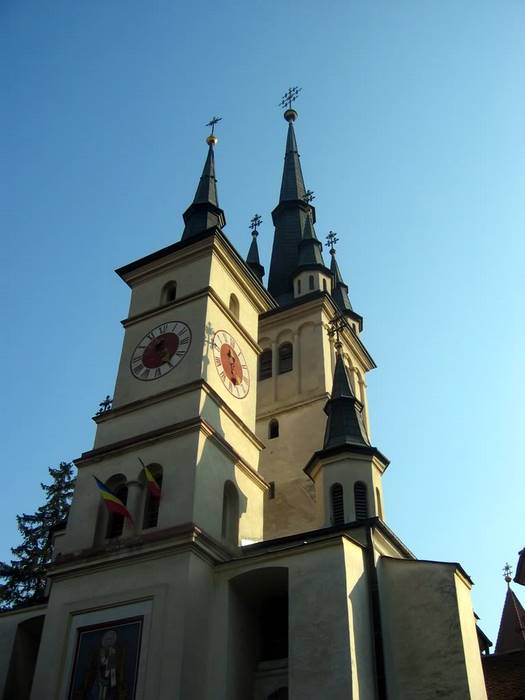 Subsequent work continued up to the 1700s, which explains why the church’s Gothic and Renaissance styles mingle with Baroque elements. The bright murals on the outer walls are from the 18th century. So is the spindly, pointed top portion of the tower, which was funded by Russia’s empress Elizabeth (sometimes misreported as a later empress, Catherine the Great). The existence of the tower is earlier, though, and there is even a secret chapel inside it, finished in 1651.

For a period, beginning in 1761, this church was the Orthodox Episcopal seat for the whole of Transylvania. Nowadays, it is not even Brasov’s Orthodox cathedral – just its most historic and striking Orthodox church.

The church is as beautiful inside as outside, with dozens of icons, old and new, jostling for space on the walls or mounted on easels. People are constantly coming in and out, saying prayers and crossing themselves before icons – a particular favorite being the very large one of St Nicholas, encased behind a sheet of glass which worshippers will press with their hands or kiss. But the oldest icon here dates back to 1564 and shows the Virgin and Child.

Before you get to the main nave of the church, you pass through a vestibule painted with modern frescos that commemorate two occasions when Transylvania was united into a larger, Romanian-dominated political unit. On the 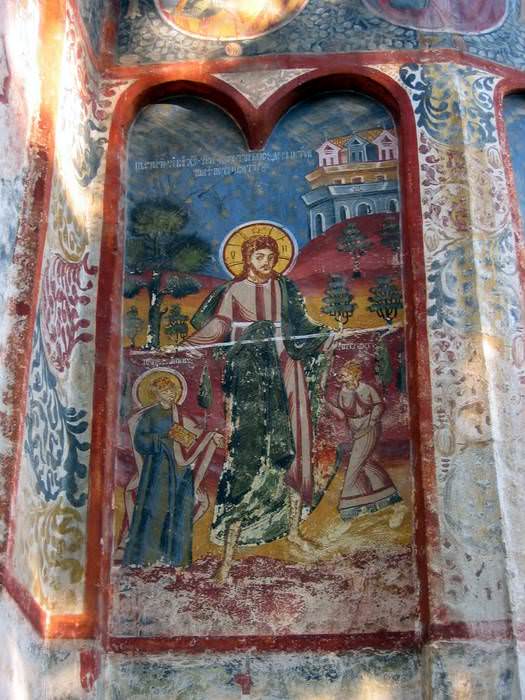 left, Wallachian voievod Mihai Viteazul, who united his principality with Transylvania and Moldavia, is seen entering Brasov on his horse, greeted by local Romanians as he lays claim to this region. On the right wall, a crowd celebrates King Ferdinand and Queen Maria, who presided over the three regions’ more permanent union after World War I.
In the church grounds, Nicolae Titulescu (1882-1941) is buried. A former League of Nations president and Romanian foreign minister, he was born in southern Romania but wished to be buried in Transylvania – a wish that was not fulfilled until 1990.

A building by the church was the home to the first Romanian secondary school in Transylvania, functioning from 1495 to 1941. Now it contains a museum of icons, documents and liturgical objects – illustrating the vivid cultural activity of Brasov’s Romanians during the medieval period.

The whole neighborhood of Schei is delightful to explore – some of the houses are centuries old and have their original wood gates. The neighborhood revolves around the street named Strada Prundului, which changes its name to Strada Poarta Schei closer to the town center. While many of Schei’s streets are narrow, none are more so than one that heads off between houses 17 and 19 on Strada Poarta Schei. Named Strada Sforii (literally rope street), it is 80 metres in length but barely a metre in width. Originally it was created to g 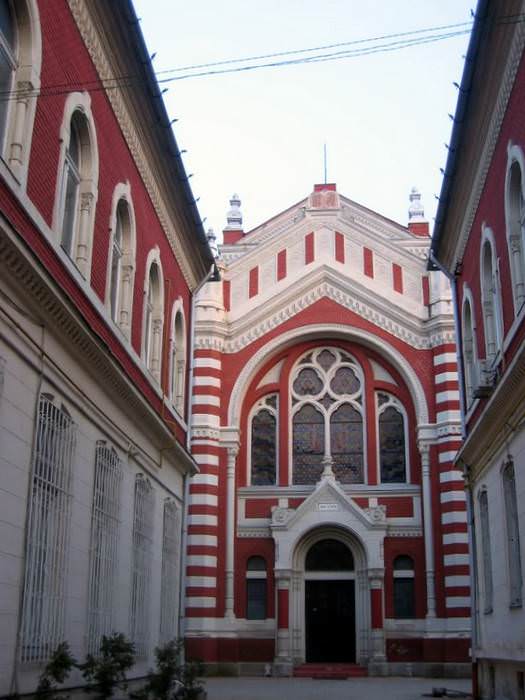 ive firefighters a quicker route downtown. At number 14 on Strada Poarta Schei is a pretty green building from 1875 that is now a kindergarten but was once an orphanage – as indicated by the German-language engraving above the door that says “Tartlerisches Waisenhaus.” At number 27 stands Brasov’s biggest synagogue, built from red brick in 1901 and designed in a Moorish meets neo-Classical style by an Austrian architect, Leopold Baumhorn. Brasov’s Jewish population now barely exceeds 200, though it peaked in 1940 at 4,000.

If you want to eat something in Schei, try the Romanian specialties and hunting lodge atmosphere of Casa Romaneasca, a spacious and cheery place whose trimmings include wood furniture, bearskins and deers’ heads. Close by is a fairly good place to stay, the four-star Curtea Brasoveana, with a pretty courtyard.

Thanks, Daniel for answering that question.

Is most of the good architecture of a religious nature in Romania?