An hour of curvy roads brought me to Rocca delle Macíe winery in Tuscany. It’s a special time of year because the olive trees are in flower, the tiny, white, star-shaped flowers lasting only five to six days. This morning, I had a private tour and wine tasting with the winery’s top sommelier, Georgeta Perhald. Georgeta’s personality is laudable: She’s honest and direct and has an interesting opinion about everything.  After four hours together, I got to know and appreciate her style, as well as her passion for the winery. 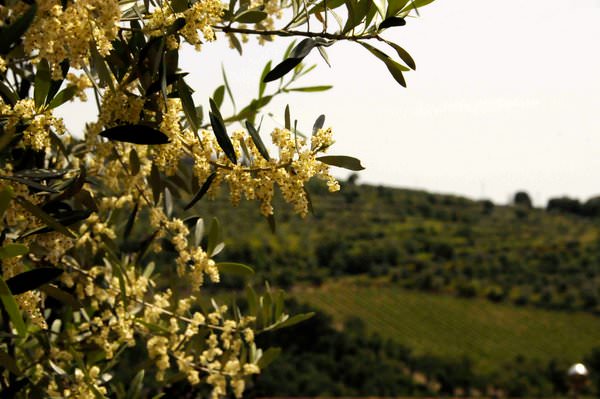 Georgeta told me about the winery’s philosophy during a tour of the facilities. The winery had just been cleaned (owner Sergio Zingarelli is as obsessed with the cleanliness of his winery as he is with the maintenance of his vineyards), and the cold concrete floors were damp. I’ve been lucky enough to hear the “mission statements” of many wineries, but I’ve never encountered one as completely realized as that of Rocca delle Macíe. The winery believes in hospitality and the arts and goes out of its way to make a positive impact on the world. Two ways it does this are by promoting Italian artists and by giving aspiring winemakers the opportunity to stay on the property and experience the wine making process firsthand. Just driving up to the beautiful estate made me realize what a privilege it would be to be accepted into the wine making program. 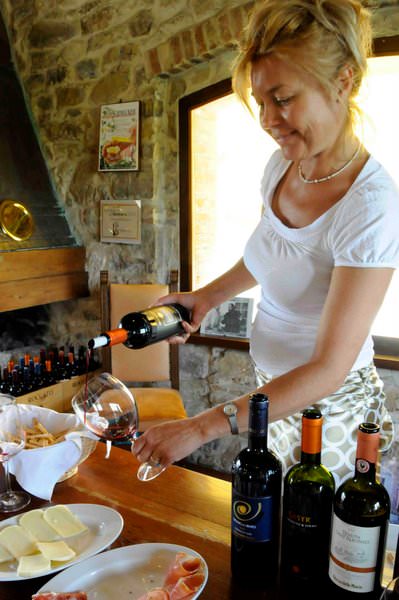 As we emerged from the wine making facility, Georgeta said that she still receives cards and letters of thanks from artists and winemakers that the winery has helped in the past. We were standing in the hot sun, but she had goosebumps.

The winery’s story is long and actually pretty interesting (the founder, Italo Zingarelli, was first a boxer, then a stuntman, then a world-renowned director of Italian spaghetti westerns), but let’s talk about wine. Rocca delle Macíe is not a small producer. Yearly, they create over 3 million bottles of their trademark wines alone. Georgeta opened 9 bottles for Kristin and me, while telling a story about accidentally making fresh ricotta cheese using an old sock (strange but true). The standout wines were the 2007 “Sasyr” (60% Sangiovese, 40% Syrah) and the 2005 “Riserva di Fizzano” (85% Sangiovese, 10% Cabernet Sauvignon, 5% Merlot). I think that the Riserva might appeal to American palates even though it is quite dry: the Cabernet softens the Sangiovese, giving it a very dark character with rich dried fruit. 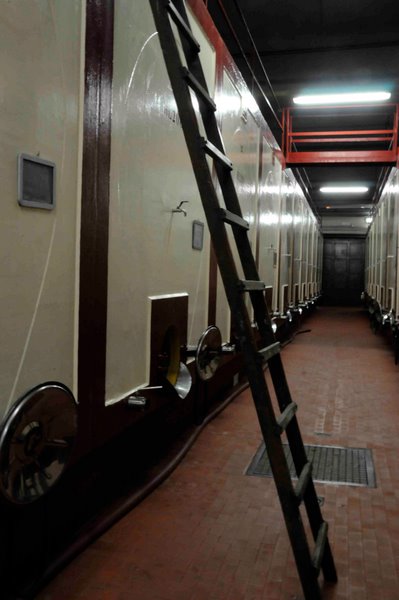 It was interesting to taste the differences between traditional and modern Chiantis. Rocca delle Macíe uses three types of barrels to age their wines: huge Slovenian oak barrels (purchased back in ’78), very large French oak barrels, and regular-size French oak barrels. Each imparts unique flavors to the wine, giving different structures and degrees of tannic flavor. When comparing two Chianti Classicos, the “Rocca delle Macíe” and the “Tenuta Sant’Alfonso,” the fresh fruitiness of the “Rocca delle Macíe” was remarkable; it is only aged in barrels for 6-10 months. The “Tenuta Sant’Alfonso,” which is aged longer and made entirely of Sangiovese, tasted quintessentially Tuscan: dry and smooth. 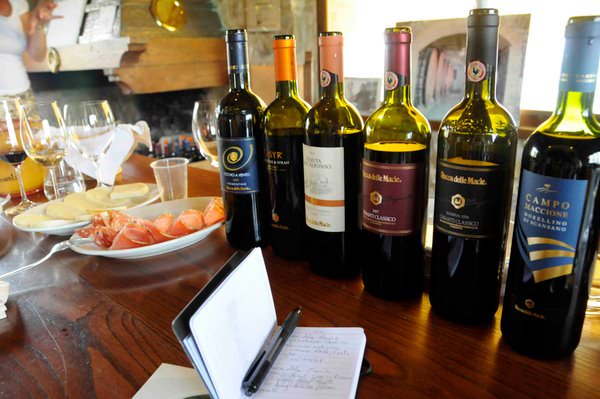 The differences between two Chianti Classico Riservas were even more striking. The “Riserva di Fizzzano,” made using small oak barrels and a higher percentage of Cabernet Sauvignon, had more depth than the “Rocca delle Macíe Riserva.” The latter is aged in large oak barrels, which impart less oak flavor. The “Rocca delle Macíe” is a purist’s Chianti Classico Riserva.

I told Georgeta that I was interested in weighing the restrictions of tradition against the desire for innovation and we had a brief interview, which can be read on my blog. The winery is open for wine tastings and tours daily. The tour and tasting are free, and advanced reservations are required and can be made with Rocca Delle  Macie