When it comes to popular north German destinations, Berlin certainly hogs its share of the attention. Yet to visit Berlin alone would mean ignoring the multitude of equally fascinating locations near and around. One of the more impressive is much closer than you’d think, a conveniently short U-Bahn ride from the capital itself. Welcome to Potsdam. 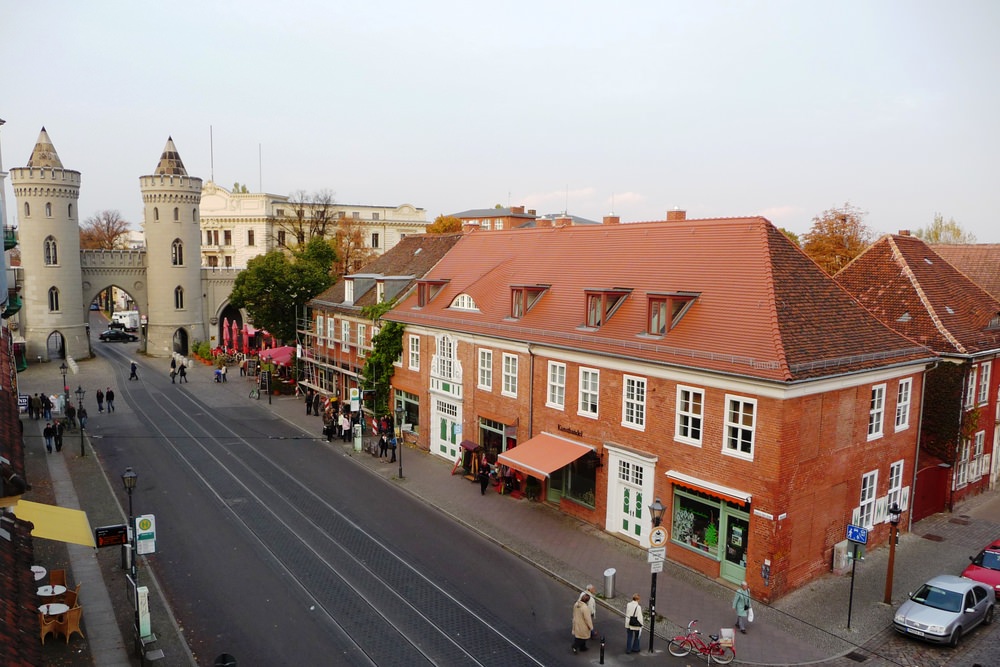 Entering the Dutch Quarter of Potsdam

Potsdam, like Berlin, is a city steeped in history. Once the epicenter of the Prussian Empire, the legacy of its Kings and dynasties still linger here through its palaces and platzes, a majestic city of Imperial relics that continue to inspire wonder and awe.

Our journey starts in Berlin, our home base, where the notoriously long and bleak winter has begun to set in. We board a U-Bahn train from Berlin’s Ostkreuz station. Stern ticket inspectors come and go, and it’s a relief to find that our basic metro tickets are adequate for the extended journey outside the city limits. Sitting cozy inside this regional express carriage, tiny snow flecks flit wildly past outside our window in the backwind.

We disembark roughly 45 minutes later in Babelsburg, the largest district 0f Potsdam and home of Park Babelsberg, a world heritage site, home of the stoic Babelsburg Palace. The district is also home to one of the oldest and the most prestigious film studios in the world, birthplace of German expressionist cinema, and many Marlene Dietrich classics.

A short bus ride puts us into the heart of Potsdam – Potsdam Hauptbahnhof –where we board another bus (conveniently using the same train ticket from Berlin). Our next stop is the most popular attraction in town: Sanssouci Park, the grand old stomping ground of the Hohenzollern dynasty, and palatial heart of the Prussian Empire. 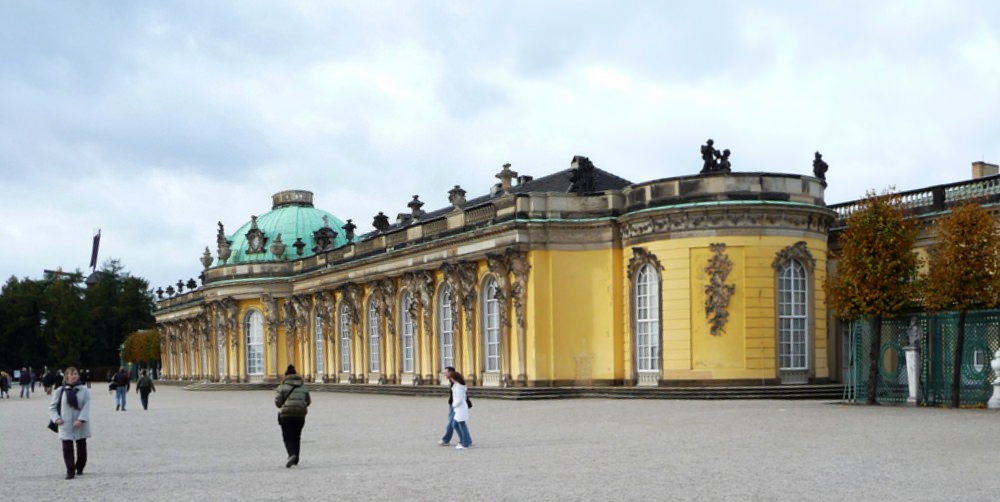 Potsdam goes a long way back – it’s one of the oldest hubs in the region, originating in the Bronze Age. It was also a prominent center during the rise and fall of the Roman Empire. Arguably, it reached its zenith in the 18th and 19th centuries under the rulership of the Hohernzollern family – Soldier King Frederick William I chose Potsdam as his new hunting residence, and his son, Frederick the Great, turned it into the headquarters of his new, powerful Prussian Empire.

Needing an abode to relax in during the summer months, Frederick commissioned Georg Wenzeslaus von Knobelsdorff to build the iconic Sanssouci, a majestic, if not quaint, palace. While modest in comparison to other European palaces, Sanssouci became the fulltime royal residence for the Hohenzollern Kings right through to the fall of Kaiser Wilhelm. 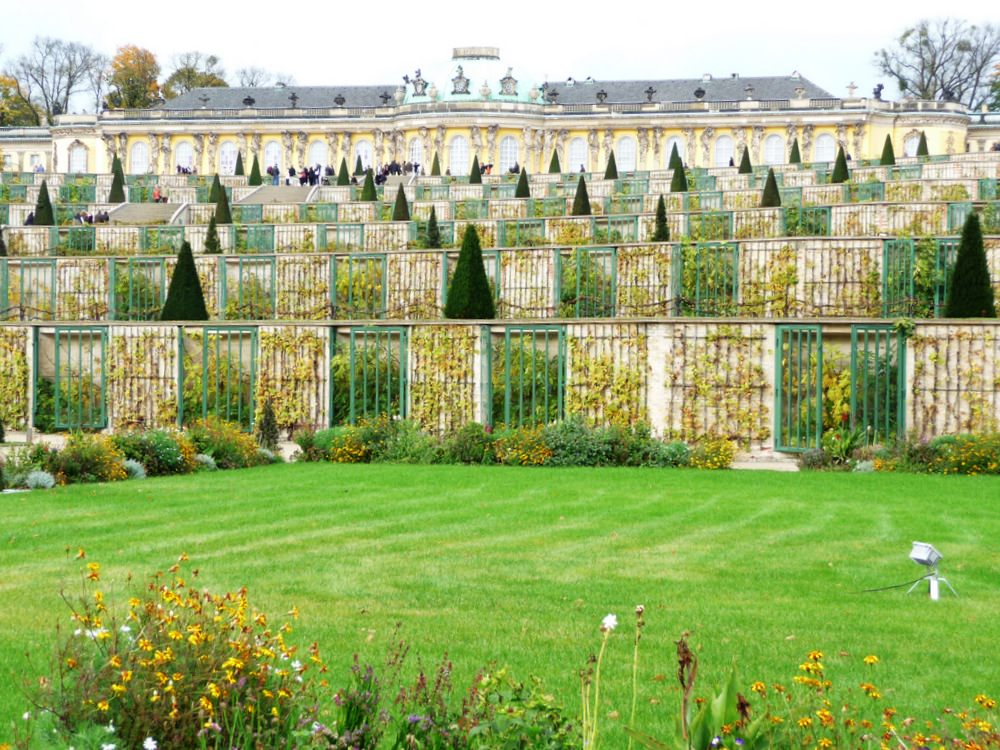 Even in bleak winter, the palace’s stunning yellow exterior is bold and splendid. Though it would have been quite a sight, we decide to give the interior tour a miss due to the long admission lines, trundling instead around the frozen fountains and concertina garden slowly being buried under slippery layers of ice and sleet. 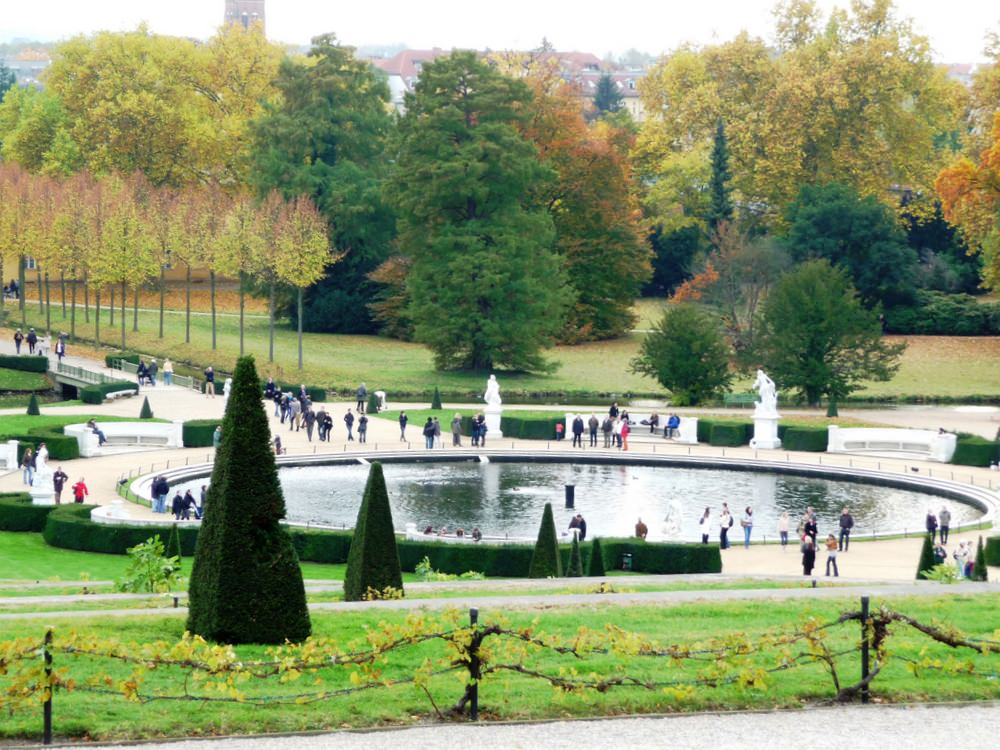 The park and gardens of Sans Souci

There’s no end to the grandeur here – the UNESCO protected royal domain offers a veritable sprawl of decadent parks and architecture. In more pleasant weather, a bicycle ride through the park’s cascading terraces and expansive gardens would be an ideal way to take it all in. Amongst the glories, the western edge of the park is home to the the impressive, and much larger, New Palace, now a part of the University of Potsdam, built between 1763 and 1769 to celebrate the Prussian victory of Austria in the Seven Years’ War. 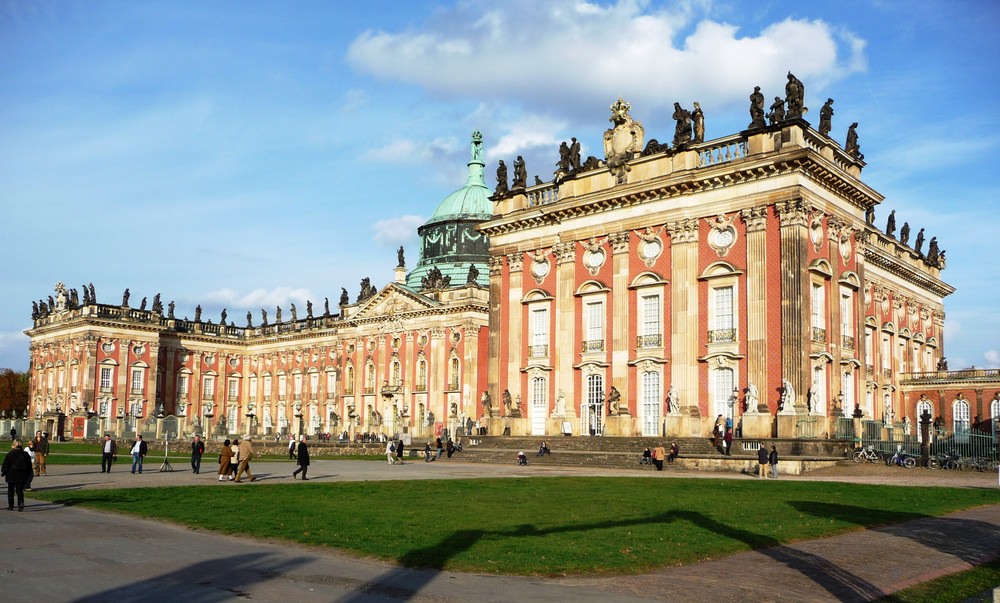 With sleet again falling, the chill factor dissuades us from further Sanssouci adventures. We head back into Potsdam central, lured by the smell of spicy gluhwein and roasting chestnuts. While severely damaged in World War II, much of the city center’s original historical charm remains in tact, enhanced by the wintery pre-Christmas scenes. We make our way across to the Holländisches Viertel, aka the Dutch quarter, home of another Potsdam icon, a strip of unique houses designed and constructed from red 18th Century brick by Dutch builder Johann Boumann. 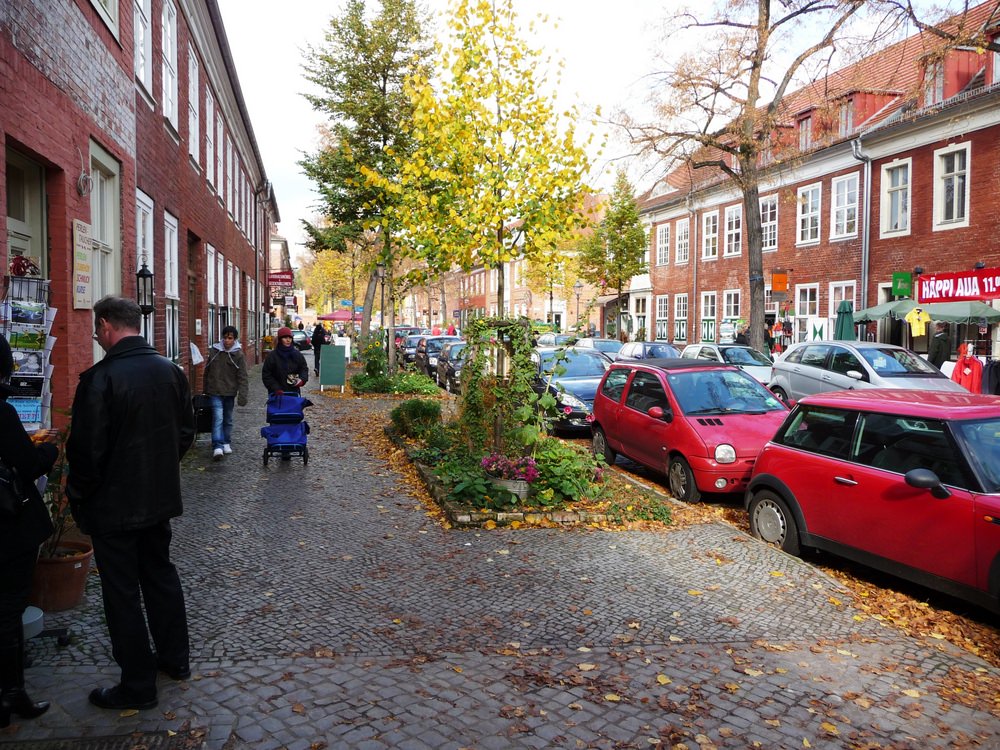 It’s all very beautiful and charming here, but the sun has deserted us by 3pm, and the brooding chill warrants an early return for the big city. Given more time, and sunnier scenes, we might have checked out the Glienicke Bridge, the infamous spy exchange point during the Cold War years, and perhaps the gorgeous St. Nicholas’ Church down by the Altermarkt. 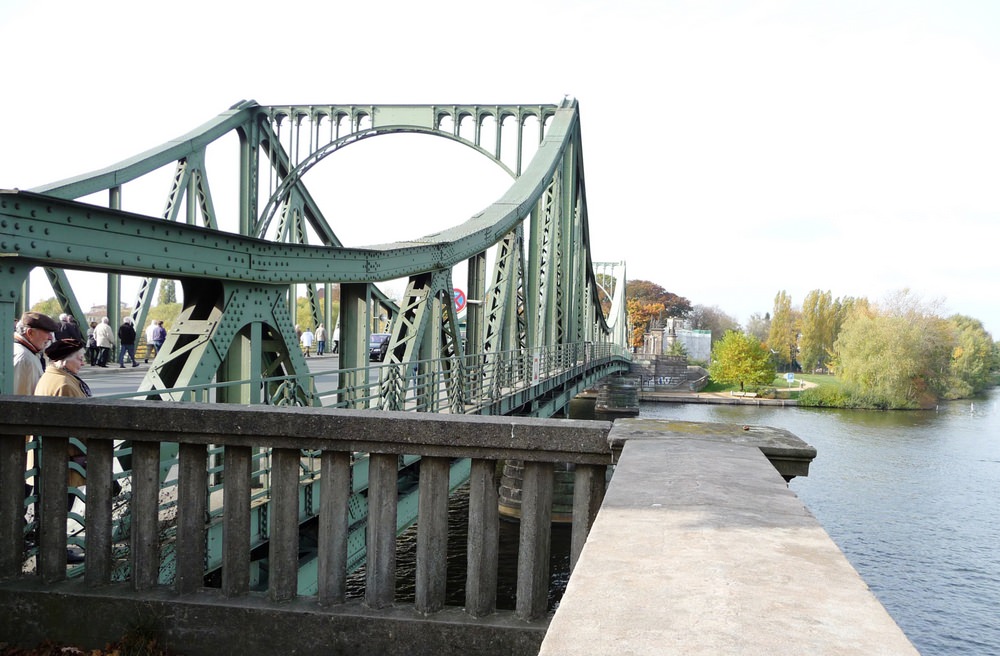 Bound for Berlin, images of Prussian kings and battles past and old fly through my imagination as the snow shoots wildly in our wake. It’s been a short trip, too short, but a delightful first taste. When the sun returns to Potsdam, so will we.

Written by Cam Hassard  and photos by Bill Fogarty for EuropeUpClose.com