The top sights in Berlin range from world-class museums to WWII memorials. The Nazi regime brought the city to its knees, and several sights tell of the atrocities and crimes committed by the Nazis. Visiting these sights can be both painful and educational.

Other top sights focus on world history and art. Berlin, for example, has amassed one of the best collections of ancient Greek and Egyptian artifacts on earth. Here’s our list of the top sights in Berlin, which includes a handful of free museums and free memorials.

Kaiser Wilhehm Memorial Church
The Kaiser Wilhelm Memorial Church (known as Gedächtniskirche) is located  in the centre of the Breitscheidplatz. The original church was built in the 1890s. It was badly damaged in a bombing raid in 1943.

The present building, which consists of a church with an attached foyer and a separate building with an attached chapel, was built between 1959 and 1963. The damaged spire of the old church has been retained and its ground floor has been made into a memorial hall with heartbreaking images and artifacts. 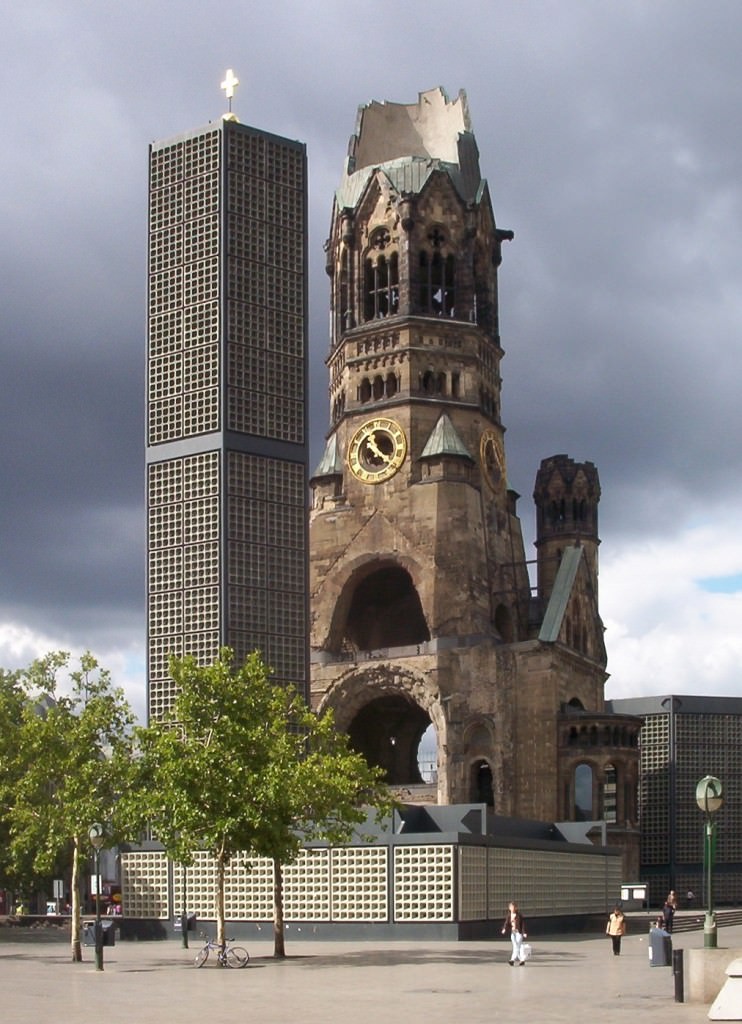 Memorial to the Murdered Jews of Europe (The Holocaust Memorial)
Comprised of over 2,700 concrete blocks arranged in ascending and descending waves with walkways in between, this massive memorial invites visitors to stroll in one side and out the other. As you stroll, the blocks either grow or diminish in size, creating an atmosphere that is both daunting and relieving.

An information center below the sculpture shares letters and other materials, telling the story of the horrific Jewish persecution that took place during WWII. The memorial is free to visit and located one block south of Brandenburg Gate. 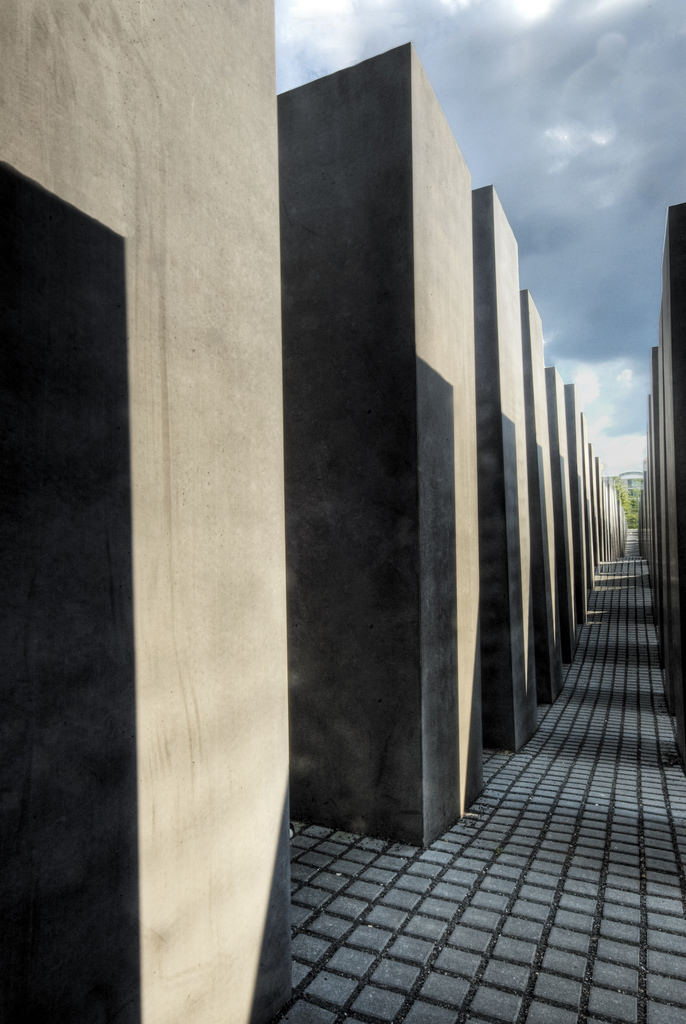 Brandenburger Tor (Brandenburg Gate) This massive, decorative gate was built by the Prussians in the 18th century. Today the gate is the icon of Berlin, and it features massive pillars and a sculpture of a chariot drawn by four horses. The gate faces the bustling Pariser Platz square, which is comprised of buildings that have been beautifully restored, and which is great for strolling. 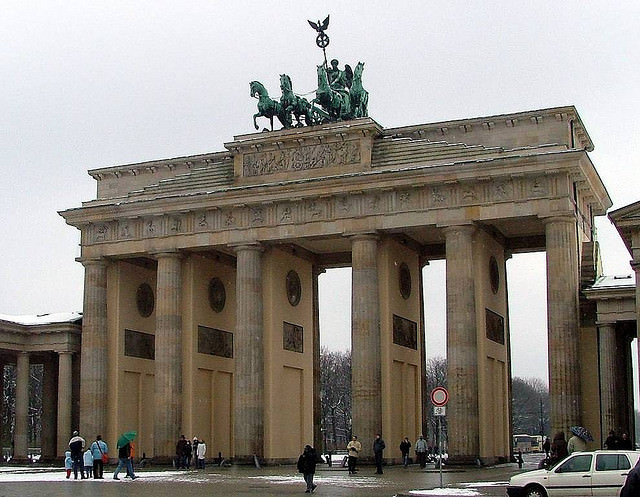 Pergamonmuseum (Pergamon Museum)
This museum is part of Museumsinsel (Museum Island), which is a collection of  world-class museums. The Pergamonmuseum is an archeological museum with one of the most important collections of ancient Greek and Egyptian architecture in the world.

For example, the museum houses the Pergamon Alter, which is a full-sized temple that you can walk inside. Other highlights include the Ishtar Gate and Market Gate of Miletus. Truly displaying only the best of the best, this museum doesn’t go overboard, and you can get in and out in around two hours. 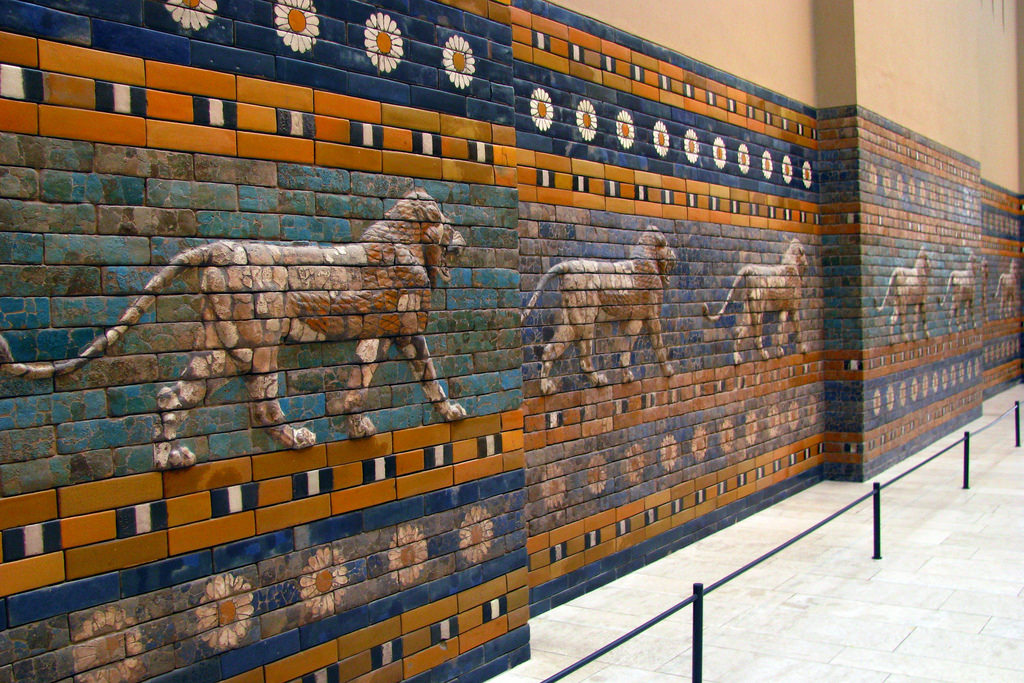 Memorial of the Berlin Wall
Here’s your chance to see the Berlin Wall! Located near Checkpoint Charlie, this memorial commemorates the tragic history of a divided city; and portions of the wall are covered with photographs. This Berlin top sight is free to visit.

DDR Museum
The DDR museum is really unique: It demonstrates what life was like beneath the Iron Curtain. Entire communist-era living rooms have been recreated so that you can sit down on the sofa and watch the same TV shows that East Berliners watched. You can also sit inside classic cars, play with communist-era toys, listen to period radio broadcasts, and even smell traditional foods cooking!

The absurdity of the time period is highlighted, and the museum shares many interesting tidbits, such as the fact that untrained janitors earned the same salary as trained doctors. Whether traveling alone or with kids, this museum is worth a visit. 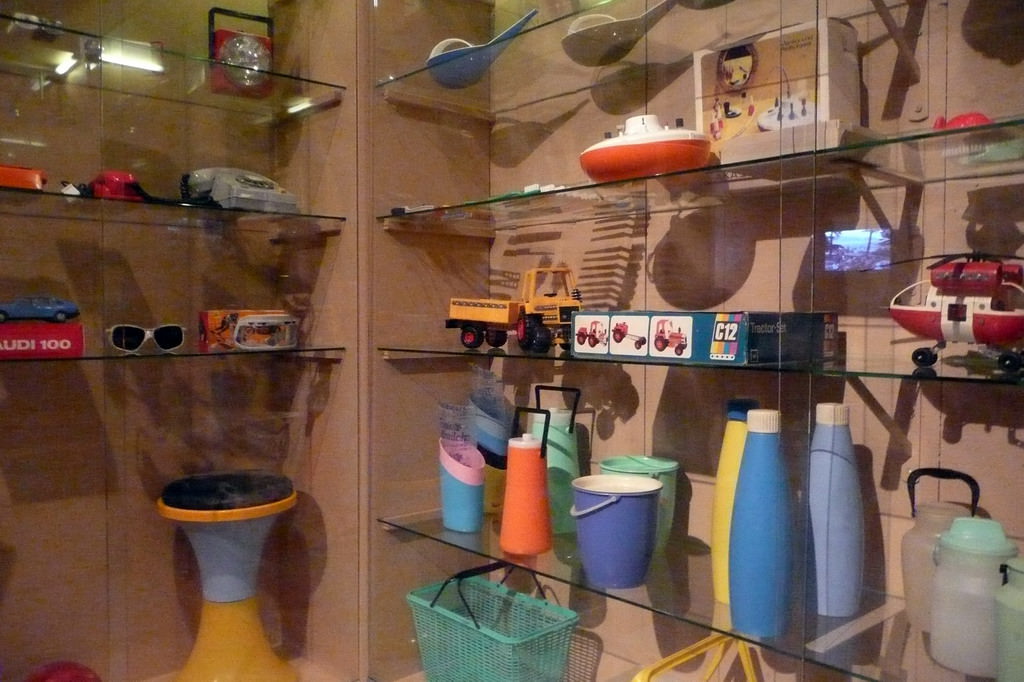 Deutsches Historisches Museum (German Historical Museum)
This museum covers the entire history of Germany, while thoroughly focusing on the atrocities of WWII as well as life under communism. Absolutely huge, this museum displays toys, documents, military paraphernalia, propaganda posters, artworks, and films. Exhibits are arranged chronologically, so you can easily plan which eras to visit in advance. Don’t even think of seeing everything in one day. An English-language audio guide is recommended.

Topography of Terror
If you want to learn about Berlin and WWII without paying a cent, this is your museum. Located where the Nazi Secret Service and the Gestapo’s headquarters once stood, this museum has two sections, one indoor and one outdoors. The outdoor portion tells the story of the rise and fall of the Nazi regime through photographs and placards. The photos and stories give real insight into the horrors the Secret Service and the Gestapo, and they are particularly easy to follow and read. The indoor museum shows visitors the steps taken by the Secret Service and Gestapo to control Berlin. It features films, photographs, audio clips, and S.S. documents. 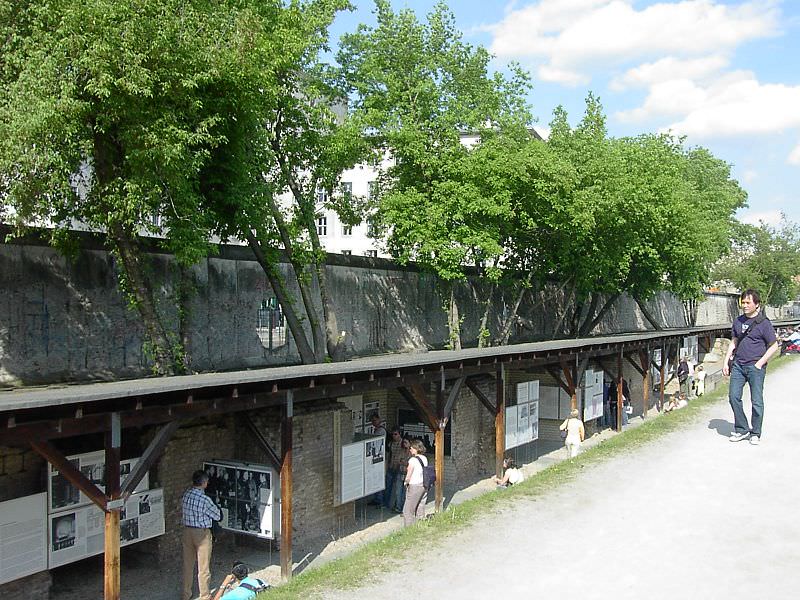 Zoologischer Garten (Berlin Zoo)
With one of the largest collections of animals in Europe, the Berlin Zoo is an animal lover’s paradise. There are rhinos, hippos, a panda, and more. Bring water and sun block during hot weather, as the zoo is quite large and primarily outdoors. The zoo is centrally located and easy to reach by public transportation. Combination tickets are sold in conjunction with the nearby Berlin Aquarium, which has brilliantly colored jellyfish, a sand tiger shark, crocodiles, and more. Pack snacks because the onsite restaurant is not very good. Note that the zoo’s information placards are only written in German. 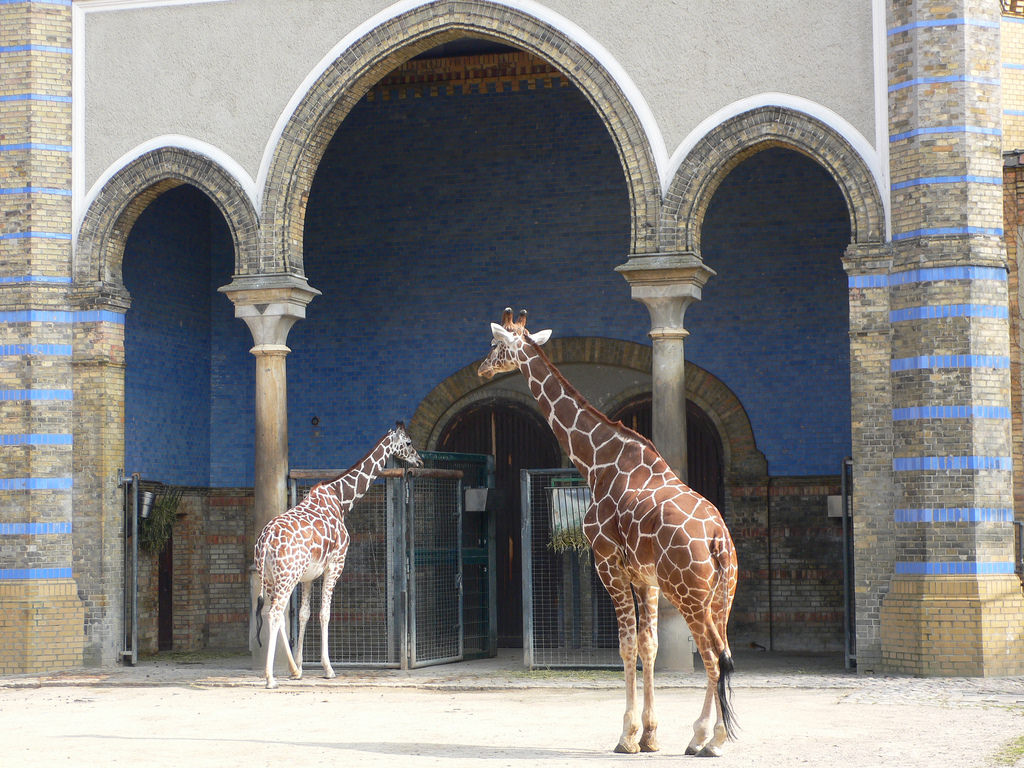 Checkpoint Charlie
Sadly, this sight can be very touristy and unrewarding. It is included in this list of Top Sights in Berlin simply to let the visitor know what they may be getting into. The one-time border control point between East and West Berlin, Checkpoint Charlie features a passport control booth where visitors can get their passport stamped. A few signs also describe the history of the checkpoint. This sight commemorates an important time in Berlin’s history, but some visitors may find the mock-up reminiscent of Disneyland.

[…] Berlin Gendarmenmarkt, one of the most beautiful squares in Europe, is the exquisite setting for Berlin’s historical Christmas market, one of many Christmas markets in the city, which will whisk you away to a magical Christmas world full of scrumptious treats and fairy lights. There are lots of tents where you can get warm and browse round the craft stalls. And there’s a great cultural program to put you in a Christmas mood. […]

[...] week, or maybe two weeks to spend in a single European city and you’ve narrowed your choice to Berlin or Paris. For me, the choice is far from [...]